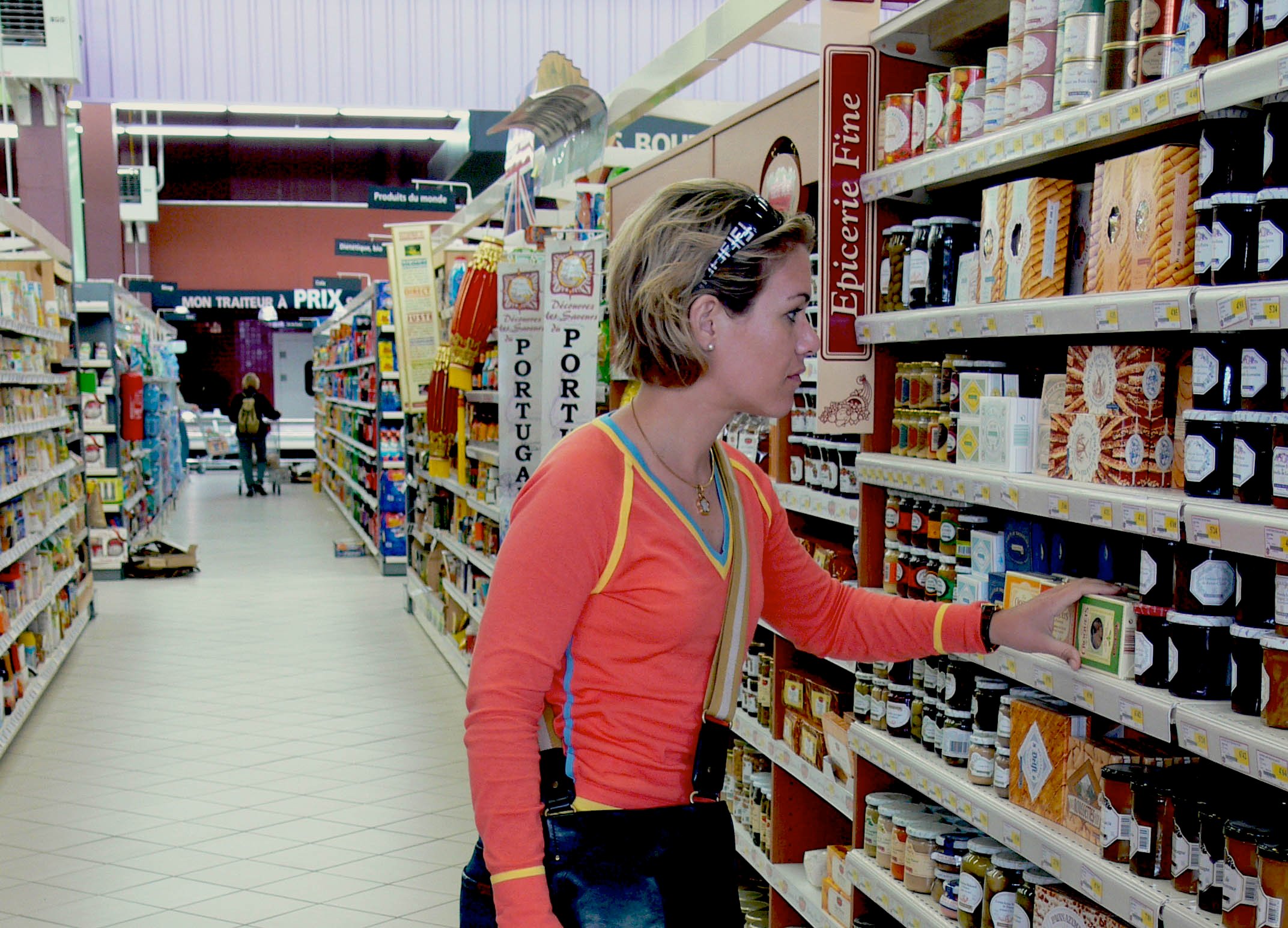 What does sustainable shopping look like? From environmental impact to workers’ rights, the term can cover so many aspects that buying sustainably can be a daunting task. But a new app that helps people select supermarket products by ethical preferences and an online database that brings transparency to supply chains aim to change that.

Dr Johannes Klinglmayr from the Linz Center of Mechatronics in Austria is developing a smartphone app to help shoppers choose food products that conform to their own version of sustainability.

‘One of the problems for sustainable consumerism is getting reliable data,’ he said.

The app is designed to be used when someone is standing in front of a supermarket shelf, and allows people to assess the difference brands for between similar products such as pasta.

It works via Bluetooth, matching the customer’s location with a database of product information. The app allows someone to see how each one matches their own preferences, which they’ve pre-programmed into the app.

To do this, Dr Klinglmayr and his team on the ASSET project used some 25 sustainability criteria to tag products with, including environmental factors such as being free from palm oil as well as health concerns such as being sugar-free.

‘We have to take the word apart and give people the ability to build their own criteria,’ Dr Klinglmayr said. ‘The point is that everyone has a different understanding of sustainability, but on some levels there is overlap.’

For one shopper, he explains, sustainability could mean organic food, while for another it means food that was sourced locally, or has a small carbon footprint, or was produced whilst upholding workers’ rights.

But all four of those sustainability criteria would prompt a shopper to buy a product made locally, in an area he or she feels familiar with. ‘This means that four shoppers could have different understandings of sustainability, but end up buying the same product in the shop,’ he said.

‘One of the problems for sustainable consumerism is getting reliable data.’

Dr Klinglmayr believes this type of information could be more helpful than relying only on food labels, which he says have become so diverse as to risk creating confusion. ‘In Austria, for instance, there are 30 different labels that call an egg organic,’ he said.

The app has already been trialled by the COOP shop in Estonia and WinklerMarkt in Austria. ASSET looked at information on all food products in the Estonian shop, excluding tobacco and alcohol. In Austria, the products used included common shopping items such as tea, milk and pasta.

Dr Klinglmayr said initial indications were that the app had been appreciated by shoppers and that data from the trials is now being analysed to see if a business case could be built for the app moving forward. He says that ASSET is part of a wider trend to improve product data and share the information with customers, whatever the end form of that turns out to be.

‘In general, I strongly encourage widely spread implementation within the EU of a transparent product information system,’ he said.

One hard-to-assess criteria of sustainability is what goes on in companies that form the opaque supply networks around the world that bring goods to shoppers and which can allow brands and companies to hide behind distant suppliers.

Much of this data, about which factories are working for which companies, and which brands are produced where, is available if you know where to look. But a lot isn’t published publicly, or when it is there is so much data that even the companies themselves don’t know where to start.

Laureen van Breen, program manager with open analysis platform WikiRate, which gathers data from companies at various points along global supply chains and publishes it in an online database, says there is a lot of information about supply chains that could be made transparent, if the right systems are in place.

Van Breen coordinates a project called ChainReact, which aims to make supplier networks easier to understand and more responsive. This includes identifying responsible and irresponsible corporate behaviour, and making it easier for workers to report problems.

One important feature of ChainReact and WikiRate is sharing research with companies, trade unions and NGOs, and developing tools for them to make use of the information. With this project, ‘we’re able to connect companies (to supply chain data),’ van Breen explained.

Working with the UK’s University of Cambridge, ChainReact has developed an app for whistleblowers known as The Whistle. The Whistle makes it easier for non-governmental organisations (NGOs) to collect grievance reports from workers, to improve transparency along the supply chain.

Theresa Heithaus, ChainReact’s co-coordinator, say NGOs are already using the data gathered by ChainReact. The pressure group Clean Clothes Campaign, a network of NGOs and labour unions in the garment industry, has for instance used supply chain data in talks with trade unions, with the aim of improving working conditions.

Another NGO, the Walk Free Foundation, used ChainReact data to analyse the effect the UK’s Modern Slavery Act was having on company behaviour in order to advise the Australian government on the development of the country’s own anti-slavery legislation.

Through WikiRate, ChainReact gathered information about over 500 companies, to see whether for instance they had a training programme to raise employee awareness of modern slavery, or a whistle-blower system. ChainReact also looked simply at which companies were legally complying with the act, which turned out to be ‘a shockingly low percentage,’ says Van Breen.

Van Breen says the NGOs’ work shows the important of ethical supply chains goes well beyond Europe and will always be relevant. ‘We don’t really have a geographic limit,’ she explained. ‘Supply chains are global.’