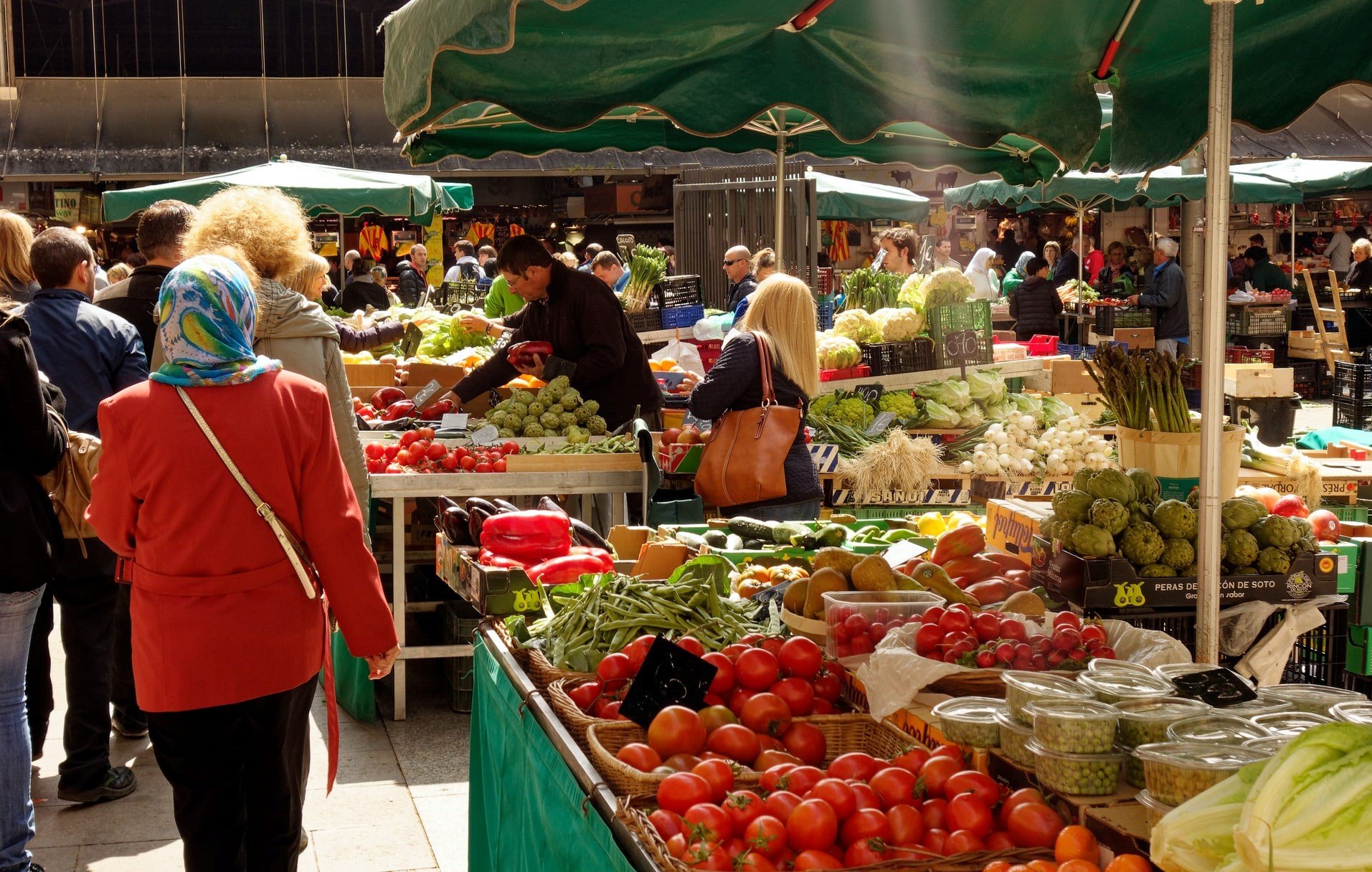 How do you feed a city? It is one of the great questions of our time. After all, for a species that ultimately depends on plants to feed ourselves, we do tend to cram ourselves into places that are rather unfriendly towards them. Our cities are built around cars, offices and perhaps the odd park – not fields of crops.

Professor Christian Bugge Henriksen, a climate and food security expert at the University of Copenhagen in Denmark, says that feeding city dwellers sustainably is a ‘triple challenge’.

The first part of it is increasing urbanisation: by 2050, it’s expected that 6.5 billion of us will live in megacities – that’s nearly two out of every three people. The second issue is the negative effects on our climate; forests are cleared to produce farmland, ruminants produce methane, and transportation of food from farms to cities emits huge amounts of carbon dioxide. The third part is malnutrition: many of us, especially in cities, eat too much of the wrong things, particularly processed meat. ‘Currently, 70% of all deaths in Europe can be somehow linked to non-communicable diseases that are affected by malnutrition,’ said Prof. Henriksen.

One solution might lie in having the inhabitants of cities eat food that is produced as close to them as possible. It is commonly believed that eating locally produced food is better for the environment because it has travelled a shorter distance from farm to fork. But what does the evidence say?

Truth be told, there isn’t an awful lot of it, which is why Professor Matthew Gorton at Newcastle University, UK, began coordinating the Strength2Food project. This is a sprawling endeavour, looking at short food supply chains in terms of their environmental and social sustainability.

Prof. Gorton says that, in general, the project has found that short food supply chains live up to their good reputation. ‘By and large, they provide better margins to producers, the carbon footprints tend to be lower, with also better indicators for social sustainability,’ he said.

But there are instructive anomalies. Take a part of the project where Prof. Gorton and his colleagues looked at the fishing industry around the Newcastle area. The main catch landed here is langoustine, but it is nearly all exported to Italy, France and Spain, while UK consumers eat mainly imported fish such as salmon, he says.

‘One of the things we’re interested in is: how can we improve that?’ said Prof. Gorton. ‘How can we get local fish on the menu in the north east of England?’

One idea the team explored was to create a ‘fish box’ containing fresh local catch that people couldn’t otherwise buy. But it wasn’t a quick win. It turned out consumers wanted recipes and cooking instructions as well as the fish, and some wanted it more or less often. Also, subscribers – of which there are currently only 45 – pick up the boxes from local restaurants, which means the service isn’t easy to scale up quickly and involves a dedicated car journey separate from the customer’s supermarket shop.

But while the scheme wasn’t an overnight hit, it provided some useful lessons, such as how crucial it is to not ask consumers to make several separate journeys to pick up food.

One way to solve that is to get local food into supermarkets. The trouble is that people often think with their purse when out for their weekly food shop and tend to buy cheaper options even if they like the idea of local food. Prof. Gorton suspected that this could be remedied if there were point of sale displays to remind people of the benefits of local food.

This idea was tested out with one of the project’s partners, Konzum, a supermarket chain. The team set up an experiment in 18 stores across Croatia, Serbia and Slovenia where local apples were sold alongside cheaper imported apples in three different ways.

In one group of stores the local apples had point of sale displays with the slogan: ‘I buy local; I buy it fresher; I support the local farmer.’ A second group of stores had a picture of a young and healthy-looking farmer with the national flag. In both of these groups, the idea was to send the message that these local apples were healthy and buying them supported local people. The third group was a control, with no extra marketing material.

The team found this promotional material had a significant effect on people’s buying habits. For example, in stores in and around Zagreb, Croatia, local apples accounted for only 34% of the sales in the control stores during the test, but that rose to 56% in the stores with the pictorial point of sale displays.

‘The time is really ripe to go in and transform the food system.’

All this suggests short food supply chains are a positive move and can be made to work, even if it’s not easy. But how do we scale up the schemes that work? An answer should be forthcoming from the FoodSHIFT2030 project, which is led by Prof. Henriksen.

His team is looking at how we can scale-up innovations that will help make food in urban areas both more sustainable and more healthy. There is a particular focus on getting people to switch to a plant-based diet, which can halve the carbon emissions associated with an omnivorous diet.

It’s early days for the project, which formally began in January 2020. But it has already established spaces known as accelerator labs, in nine cities around Europe that are each exploring different innovations that could be scalable. These range from educating school pupils about local food in Athens, Greece, to vertical farming and other food production technologies in Barcelona, Spain.

Besides short food supply chains there is also potential for scaling up urban farming. ‘A global study has demonstrated that up to 10% of the global output of legumes, roots and tubers, and vegetable crops could be produced by urban agriculture,’ said Prof. Henriksen. In other words, cities could grow a significant amount of the vegetables their populations need on roofs, allotments and other bits and pieces of space.

Scaling up any innovation to an entire city requires political buy-in, but there are some good signs on this front. For example, in 2015 the Milan Urban Food Policy Pact was launched and this collective commitment to develop sustainable food systems is now signed by 209 cities around the world.

There’s also the Good Food Policies Declaration, organised through the C40 cities network for the world’s megacities. Signatory cities to this pact have agreed to work towards achieving the Planetary Health Diet by 2030. This diet, developed by EAT, a non-profit organisation, in partnership with The Lancet medical journal, is mostly composed of plants and whole grains and is designed to be healthy and environmentally sustainable for the whole world population.

As well as this, Prof. Henriksen thinks the Covid-19 pandemic might provide added impetus for authorities to rethink food supply chains. So far, long international food supply chains have been remarkably resilient but it’s not clear how long that will last – or that any future pandemic would be so forgiving. At the very least, change is in the air when it comes to food in cities.

‘You could say,’ said Prof. Henriksen, ‘that the time is really ripe to go in and transform the food system.’

The global food system is responsible for up to 37% of greenhouse gas emissions, according to a 2019 report from the UN’s Intergovernmental Panel on Climate Change.

In March 2020, the EU’s Group of Chief Scientific Advisors published advice on how to make Europe’s food system environmentally, socially and economically sustainable.

Among the recommendations are treating food as a common good rather than a commodity and addressing power asymmetries in the food system by requiring food manufacturers and retailers to be sustainable and helping consumers make informed food choices.

Think about the benefits to consumers. Many local food initiatives can have a vaguely charitable feel to them, says Gorton, with a ‘support local famers’ vibe. That may be laudable but it’s unlikely to work in the long term if it’s the only appeal to consumers. It’s better to sell local produce on the tangible benefits to consumers, such as improved freshness or taste.

And convenience. Local produce boxes can be popular. But the logistics of getting to consumers can be tricky. If people have to make a special trip that not convenient for them, it also adds carbon emissions. Better to think smart and try to organise larger scale activities, like local produce markets or deliveries to large workplaces.

It takes time. Getting people to change their behaviour is tricky and can take time. Too often this isn’t recognised in retail – for example supermarkets will often trial products for a week or two and pull them if sales don’t take off. Behaviour change takes time to bed in.