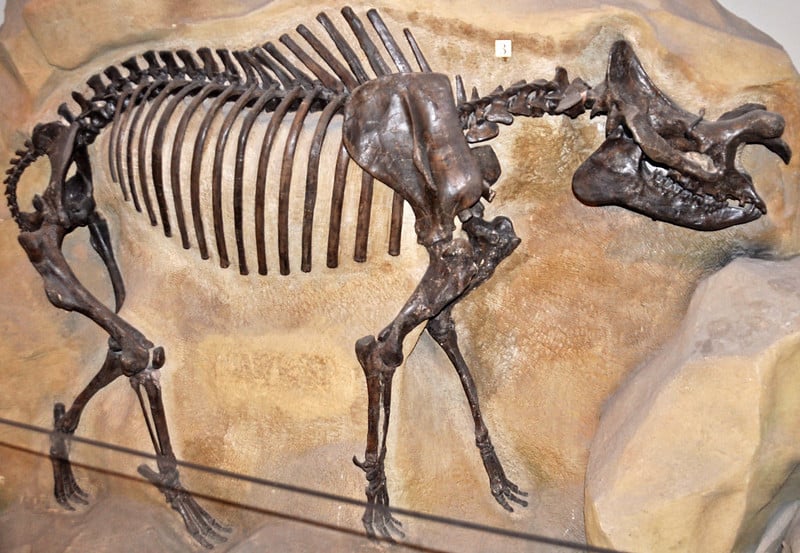 Preserving biodiversity is one of the key debates of our time – but another subject of hot debate in recent decades among evolutionary experts is how biodiversity has changed over the past few hundred million years. New findings are challenging the conventional view on this.

Increasing knowledge on historical patterns of biodiversity could also help us understand animals’ ability to adapt and what climate change means for evolution.

The traditional view is that species have increased in diversity continuously over the past 200 million years, particularly in the last 100 million, leading to more diversity now than ever before. But some recent studies suggest biodiversity has tended to stay largely the same, with only occasional surges.

‘Our findings strongly contradict past studies that suggested unbounded diversity increases at local and regional scales over the last 100 million years,’ said a fresh study on terrestrial species. It found no evidence of a rise in diversity in the past 66 million years, following a brief two- to three-fold increase over a couple of million years after the mass extinction of the dinosaurs at the end of the Cretaceous Period and as mammals began to thrive.

The story was similar for a study on marine species, with the researchers finding little change in ocean biodiversity over the past 200 million years.

‘We find that ecosystems are relatively stable in terms of how much diversity they have over tens to hundreds of millions of years,’ said Professor Richard Butler, a palaeobiologist at the University of Birmingham, UK, who worked on both studies as part of the TERRA project. ‘Rather than seeing exponential increases, it’s more like a short-term quite dramatic increase and then a relatively flat line.’

The findings imply that diversity is capped at a certain limit and that species numbers are ultimately limited by factors such as the availability of resources like water and space, says Prof. Butler. Various researchers have been moving towards this view for some time, he says, but new approaches like those adopted in the TERRA project have helped bolster the evidence.

Prof. Butler explains that the changing picture is being revealed by methods that help reduce the long-standing challenge experts have faced of biases in the fossil record. The issue is that the higher abundance of preserved fossils in the more recent past leads to artificial inflation of diversity.

One of their approaches has been to take a regional view rather than a global one. ‘There’s been a tradition in the field that what we’re interested in is trying to understand global biodiversity… but as you go deeper in time, you might have whole continents that aren’t sampled (as no fossils have been found) for some time intervals,’ said Prof. Butler.

The researchers built on data collected over the past 20 years in the Paleobiology Database, which gathers global taxonomic data for organisms throughout geological history. They then created algorithms to sample similar-sized areas where fossils had been found through time.

Using these methods, their studies highlighted significant variations in diversity at different locations across time – such as it tending to be much higher at the equator than at the poles – emphasising the need for a regional view to get the full picture.

The researchers have also started working to integrate their results with the data of climate modellers. They want to see how climate shifts have affected the distribution of biodiversity over deep time, which they are doing by looking at the types of conditions that prevailed globally and in different parts of the world when certain animals were around.

Prof. Butler notes, however, that estimating the level of biodiversity from the fossil record is still challenging given the many gaps in the database. For example, teeth are much harder to use for distinguishing dinosaur than mammal species.

‘Whether life diversified (continuously) by way of numerous jumps and steps… or in fact reached a kind of full capacity and then didn’t shift much is still hotly debated.’

The complexity of teasing out historical biodiversity trends is emphasised by the different picture found in the past studies of Dr Hélène Morlon, an evolutionary ecologist at the French National Centre for Scientific Research.

Her results suggested no set limit on biodiversity, unlike the work of TERRA, but slowdowns in the rate at which new species emerge as ecological niches or habitats become more crowded over geological time. ‘We found models where diversity is not bounded – with a fixed number of species that doesn’t change – and it’s not exponentially increasing, but there’s this type of slowdown in the way that diversity accumulates,’ she said.

Dr Morlon has found further evidence for such slowdowns as part of a project she leads called PANDA, which has sought to develop better models and tools for harnessing data in evolutionary, or phylogenetic, trees to study diversification at a finer scale. Among its results, the researchers have identified five main diversification patterns among vertebrates, providing a framework for understanding the evolution of biodiversity in deep history.

They also had a surprise result. They found evidence that cooler periods over the past 66 million years coincided with faster rates of body size evolution in birds and mammals, even though they found that overall diversification tends to slow in cooler climates.

The researchers suggest that this result could be because body sizes have a specific relationship to temperature or, more widely, that certain traits might be decoupled from diversification. All this suggests that further research is needed on the links between the evolution of body traits and diversification.

‘The link between different levels of evolution is super complicated and not well-known,’ said Dr Morlon. ‘We need pretty complicated models that are not that easy to develop.’

But while there is still much to unravel, developments in this area may apply to modern-day issues too.

While researchers emphasise that past evolutionary trends are not directly translatable to today because of the vastly different timescales, they say studies could provide some clues about the ability of species to adapt and the combinations of characteristics such as feeding patterns or size that put species at risk. This research could also provide implications for how human-driven climate change might affect future evolution.

‘We can estimate at these timescales what happens when you change temperature by that many degrees – what’s the effect on evolutionary rates?’ said Dr Morlon. ‘It also at least gives perspective to understand how biodiversity might answer to current changes.’

Meanwhile, the debate about diversification continues.

Professor Michael Benton, who studies vertebrate palaeontology at the University of Bristol, UK, has been a strong proponent of continually rising biodiversity and still leans towards that view.

While agreeing that the fossil record is incomplete, he says the broad outline of the order of fossils is not misleading and broadly documents the ‘rise and fall of major groups through time.’

Prof. Benton cites the example of the proliferation of birds to today’s 10,000 species. To suggest that biodiversity has remained constant since birds came into being is like suggesting that bird species replaced a similar number of pre-existing species of flying animals, he says.

Similarly, he said: ‘There was a time when animals didn’t form reefs or burrow under the seabed; then those innovations emerged and this presumably allowed a net increase in biodiversity’.

He agrees, however, that the answers remain far from clear cut and much more work is needed to get to the bottom of it – but that the many advances in computational tools give a big helping hand.

‘It still seems to be unresolved to what extent the fossil record gives a reasonable picture of life,’ said Prof. Benton. ‘Whether life diversified (continuously) by way of numerous jumps and steps… or in fact reached a kind of full capacity and then didn’t shift much is still hotly debated.’