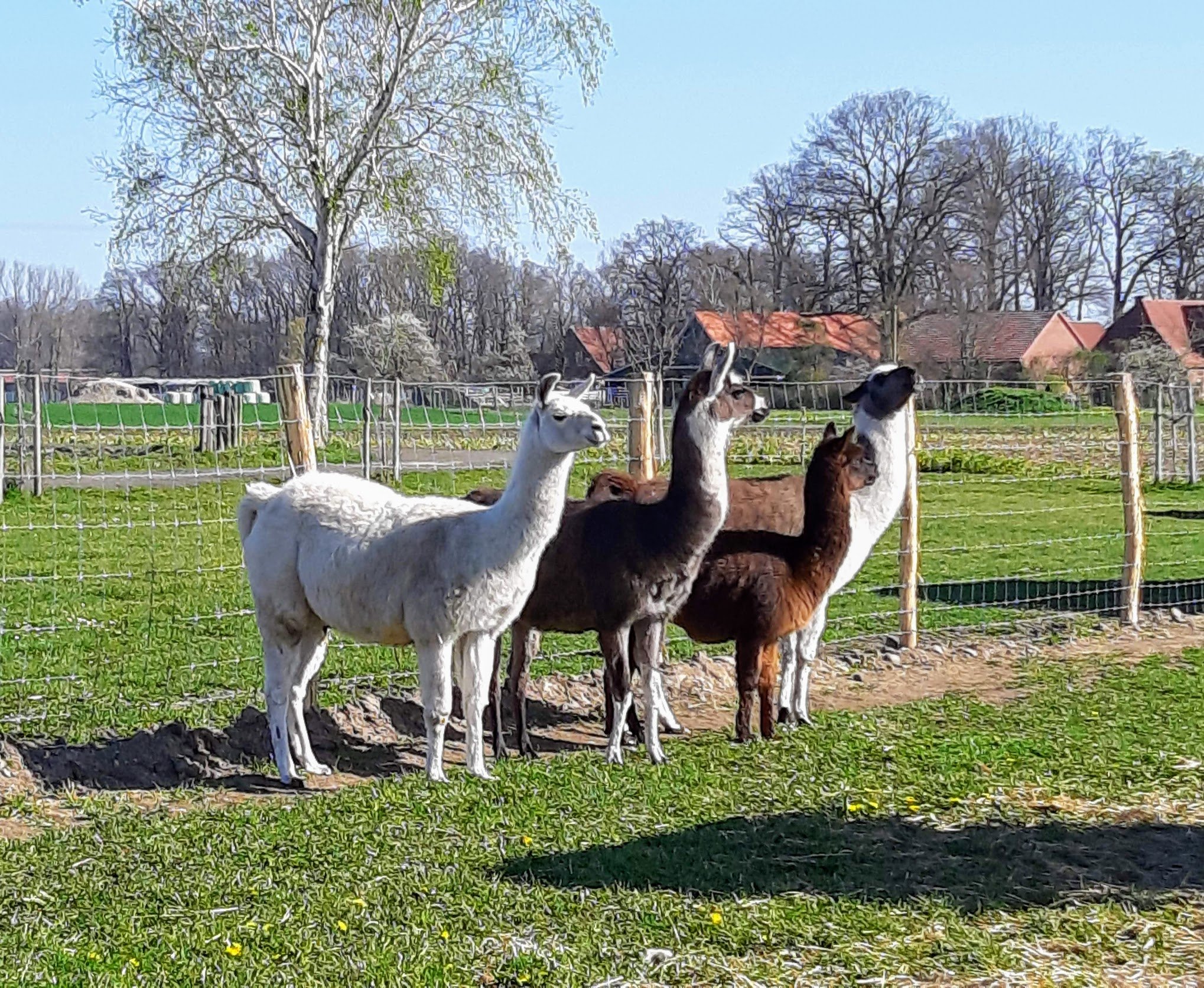 Efforts to design a safe vaccine for Covid-19 are moving forward at full throttle, yet experts agree that it’s likely to be a year, at least, before an immunisation is ready. Meanwhile, scientists around Europe are exploring ingenious ways – including with the help of alpacas – to use the latest techniques in molecular manipulation to repair coronavirus-induced lung damage or to block the virus before it wreaks havoc.

Researchers at the Karolinska Institute in Stockholm, Sweden, are optimistic that at least one of the 124 vaccines in the pipeline will succeed. However, a vaccine needs to be delivered to everyone, and scaling to more than 7 billion doses is extremely challenging. So they have set their research sights on a more accessible goal: ‘neutralising’ antibodies that kill an infection after it has taken hold.

The project CoroNAb was established in mid-February when there were 1,000 known deaths from Covid-19 in the world. ‘Containing the spread of the virus is not our primary objective – that ship has sailed,’ said Dr Benjamin Murrell, assistant professor at the Department of Microbiology, Tumor and Cell Biology at the Karolinska Institute. ‘Our aim is to find therapeutics to stop the progression of disease within a patient.’

These therapeutics will take the form of antibodies that are infused into a patient through a syringe. When someone is infected with the new SARS-CoV-2 coronavirus, they typically mount an antibody response against it, and in most cases these antibodies contribute to clearing the virus. However, infection-fighting antibodies produced in a lab can also be introduced into the body, resulting in passive immunisation.

So what differentiates a vaccine from imported antibodies?

Vaccines are given to people when they are well, prompting them to develop their own antibodies, whereas antibody therapy is administered when an infection has taken hold and a patient is struggling to mount their own immune response.

Monoclonal antibodies (mAbs) – that is, antibodies that are identical clones of one another – have emerged over the past few decades as effective therapies for various medical conditions, including cancers and autoimmune disorders. Increasingly, they are also considered a major medical tool to fight severe viral infections – such as Covid-19 – though to date, only one mAb been approved for this purpose. Many more are in clinical trials, including one that Dr Murrell has been working on.

At what stage of an infection, exactly, a coronavirus patient would be treated with mAbs remains to be seen. ‘This will need to be studied in animal models, or directly in human trials,’ said Dr Murrell, who is coordinating the CoroNAb project together with partners in Denmark, Switzerland, and the UK.

‘Maybe you can treat someone with monoclonal antibody therapy late in infection and still stop deterioration, but perhaps not,’ he said.

The CoroNAb team at the Karolinska Institute is creating mAbs from animals. An animal is given a specific viral antigen (the molecules that interact with a body’s antibodies) and an immune response is provoked, leading to some of the animal’s immune cells producing antibodies. The cells harbouring these antibodies are then isolated and the genetic sequence of the antibody is cloned from each cell into a circular form of DNA that allows the antibodies to be produced in the lab.

‘Since the potency of the antibodies discovered is at least partly down to chance, it makes sense for many groups to be going after the same goal.’

The Stockholm team is focusing its research efforts on mice, rhesus macaques and alpacas. Alpacas are camelids (like camels and llamas) producing particularly interesting antibody fragments, known as ‘single domain’ antibodies, which allow for fast antibody discovery and large-scale antibody production, which is why they are favoured by the CoroNAb team.

One month into the project, these mammals have been injected with lab-created variants of the coronavirus’s spike proteins, and preliminary indications suggest that all animal groups are responding well. Mining the alpaca antibody repertoire is currently underway. Over the next few weeks, the researchers will be testing the neutralising activity of the produced antibodies against SARS-CoV-2.

Dr Murrell said: ‘The coming weeks are both critical and uncertain. Depending on these first results, we’ll either get lucky, or we might have to take a few steps back and repeat.’

Despite all the unknowns, Dr Murrell is confident that neutralising antibodies will emerge from this research. ‘We will make something work,’ he said. The question is, will an effective antibody discovered by the CoroNAb team become a useful addition to Europe’s arsenal of SARS-CoV-2 treatments? Labs around the world are chasing the same prize, working night and day to identify effective antibodies against Covid-19, with some early results already emerging.

To make a contribution in this climate, an antibody will need to have a strong edge over its competition. ‘If one group’s antibody turns out to be 10 times more potent than the next best, you might have to produce far less of it for an effective therapy, reducing the manufacturing burden,’ explained Dr Murrell. He added, ‘Since the potency of the antibodies discovered is at least partly down to chance, it makes sense for many groups to be going after the same goal.’

Professor Luis Serrano from the Centre for Genomic Regulation (CRG) in Spain leads another team engaged in the race against Covid-19. His lab is both supporting global vaccine efforts and probing novel, non-vaccine mechanisms to limit the death toll.

Until two months ago, Prof. Serrano was engaged in the MycoSynVac project, which investigated ways to enlist cellular hosts to transport vaccines around the body. Cellular hosts (known in the field of synthetic biology as chassis) hold great promise as low-cost, scalable and potentially game-changing systems for the targeted delivery of life-saving vaccines.

The chosen chassis in Serrano’s five-year project was a modified form of the bacterium Mycoplasma pneumoniae, which causes respiratory infections. By the project’s conclusion, the researchers were able to show that Mycoplasma makes an excellent universal chassis – meaning all manner of vaccines can safely hitch a ride off it.

Prof. Serrano is optimistic that a vaccine for Covid-19, when it arises, will be among the ingredients that can be safely delivered by his Mycoplasma chassis. The team is in the early stages of testing this hypothesis. Over the next month or so, they will insert synthetic copies of key coronavirus genes into bacterial cells, in the hope that those surface proteins belonging to the virus will trigger a protective immune response from the human body.

As it is engineered from a bacterium that targets the lungs, the chassis may be capable of even more than vaccine transportation, according to Prof. Serrano. ‘We think it can deliver therapeutic molecules directly to receptors in the lungs,’ he said.

These molecules would either counteract inflammation or stop the virus from binding to the alveoli (the cells through which oxygen flows from lungs to bloodstream) by blocking the viral cell receptors, he explains.

With the virus blocked or lung damage repaired, a patient who is not responding to conventional treatments might be spared the worst symptoms of a Covid-19 infection, such as a devastating cytokine storm, where the body mounts a massive, and potentially deadly, immune response – an overreaction triggered by pneumonia.

‘The idea is to create a spray to deliver our engineered bacteria directly to the lungs, where it will express locally what is needed – the active molecules – and later it will be washed away naturally,’ explained Prof. Serrano.

He added: ‘There are clear advantages to this direct approach. If you apply a drug systemically (affecting the whole body), it might be beneficial where it’s needed but it might also have dangerous effects on other tissue.’

Price is another major benefit to recruiting bacteria to deliver life-saving medications. Producing therapeutic molecules synthetically is expensive. For a fraction of the cost, a host cell can be cloned to produce vast populations of cells containing the same therapeutic molecules.

In the labs of their spin-off company Pulmobiotics, Prof. Serrano’s team is exposing coronavirus proteins to molecules with known anti-inflammatory qualities, to test the molecules’ effectiveness against the virus. They are also engineering mutations of these molecules, hoping to increase the affinity between molecule and human receptor proteins. Data from these experiments is expected by mid-summer.

Prof Serrano is hopeful that his research will yield positive results, however these may not come in time to save lives during the current outbreak. ‘By the time we get (regulatory) approval, the Covid situation may have been resolved,’ he said. ‘But this research will open the way for future therapies during future pandemics.’