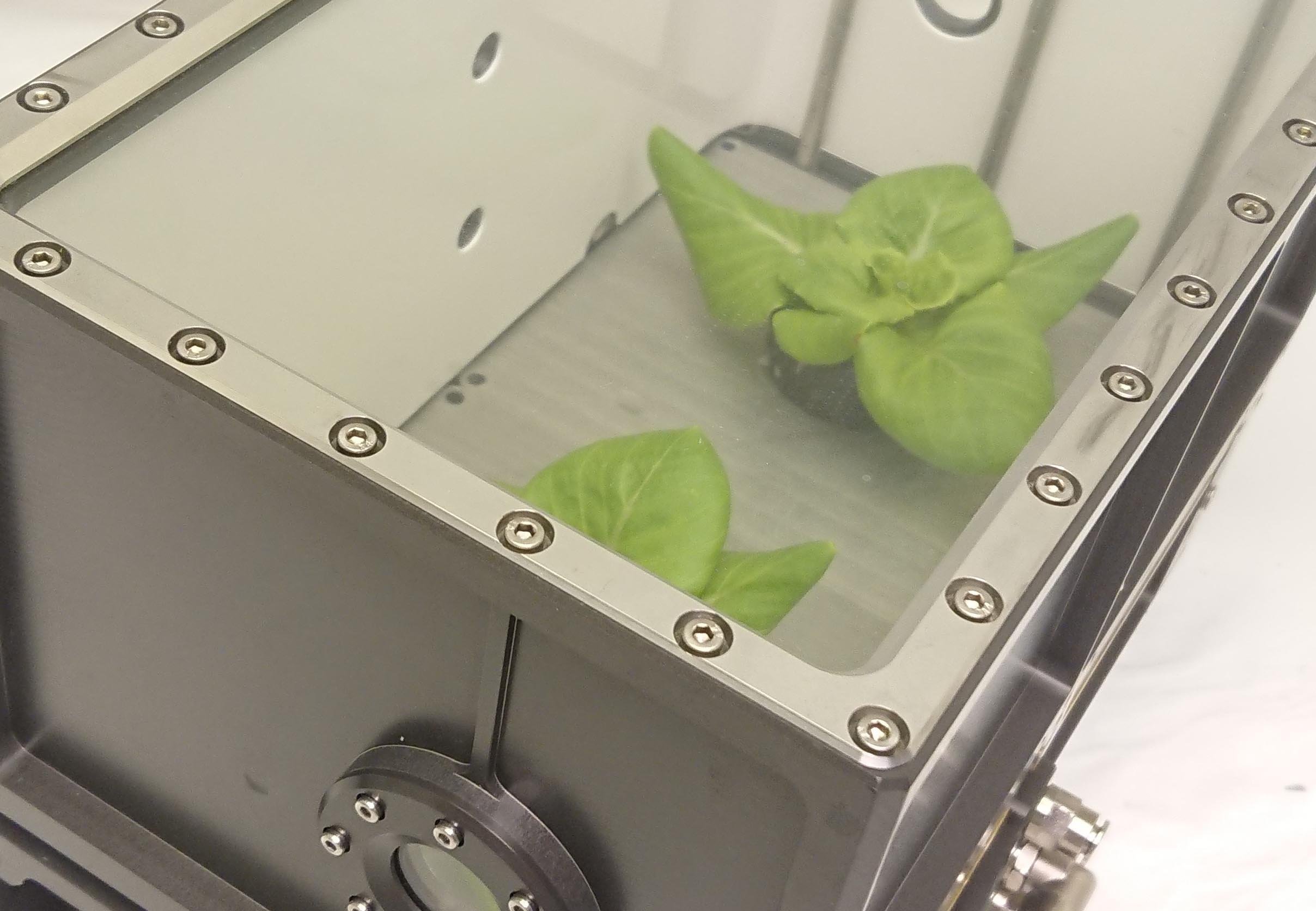 If humans are to travel to distant destinations in space like the moon or Mars, they’ll need ways to live for long periods of time. And one of the key challenges of that includes how to have safe food and water to eat and drink when far from Earth.

On the International Space Station (ISS), astronauts are able to get resupplies from Earth from cargo spacecraft visiting the space station, taking just six hours to get there. But the journey time to Mars is eight months minimum. And if you’re on the Red Planet, you need to go it alone.

Scientists have been working to address this problem. They’ve been looking at ways for astronauts to produce their own clean water and grow their own food. And just as importantly, they’re making sure any risk of contamination is reduced, to keep astronauts as safe and healthy as possible on long-duration missions.

Drinking water is something many of us take for granted on Earth, but on space missions it is harder to come by. The ISS recycles much of its water using chemicals, but it still relies on sizeable shipments of water from Earth to give its astronauts access to clean water.

A project called BIOWYSE hoped to find a solution to the water problem for long missions. The project looked at ways to store water for extended periods of time, monitor it in real time for contamination from microbes, and then dispense clean drinking water whenever needed by decontaminating the water with UV light rather than chemicals.

‘We wanted a system where you take it from A to Z, from storing the water to making it available for someone to drink,’ said Dr Emmanouil Detsis, the coordinator of BIOWYSE. ‘That means you store the water, you are able to monitor the biocontamination, you are able to disinfect if you have to, and finally you deliver to the cup for drinking.’

The end result was a fully automated machine that could perform all of these tasks. ‘When someone wants to drink water you press the button,’ said Dr Detsis. The water is checked, decontaminated if necessary, then delivered. ‘It’s like a water cooler,’ he said.

The machine could even analyse samples from wet surfaces inside a spacecraft to see if they had been contaminated and were dangerous to astronauts. ‘Inside the closed habitat, you start having the humidity build up and you may have corners or areas where they are not clean,’ said Dr Detsis. ‘So we developed something that could check these areas in a fast way.’

The project developed a prototype of this machine on Earth, measuring about a metre long, with the idea that a smaller version could be used somewhere like the ISS. Ultimately, however, the thought was that a system like BIOWYSE could be useful for future exploration, and the prototype remains available for any applicable missions in the future.

‘The system is designed with future habitats in mind,’ said Dr Detsis. ‘So a space station around the moon, or a field laboratory on Mars in decades to come. These are places where the water may have been sitting there some time before the crew arrives.’

Water is hard to come by, but it is not scarce in the solar system. The moon and Mars both have ice that could theoretically be turned into drinking water. But a more difficult prospect for self-sustainability is food – any food for astronauts needs to be brought from Earth.

There are some developing ideas of how to grow food without constant resupply missions. For several years on the ISS, astronauts have been using machines like the European Modular Cultivation System (EMCS), launched in 2006, to research the growth of plants such as thale cress. The ECMS was replaced by a similar machine called Biolab in 2018.

Dr Ann-Iren Kittang Jost from the Centre for Interdisciplinary Research in Space (CIRiS) in Norway, was the project coordinator on TIME SCALE, a project that looked at ways to develop a new system to grow plants that are safe to eat in space. When Dr Kittang Jost started the project, the EMCS had already been in space for a decade and it was time to upgrade it, she says.

‘We (need) state of the art technologies to cultivate food for future space exploration to the moon and Mars.’

TIME SCALE aimed to produce a method to recycle water and nutrients inside a future cultivation machine, and also monitor the health of the plants more easily, to develop an idea for a ‘greenhouse’ in space.

‘We (need) state of the art technologies to cultivate food for future space exploration to the moon and Mars,’ she said, as well as new ideas. ‘We took (the ECMS) as a starting point to define concepts and technologies to learn more about cultivating crops and plants in microgravity.’

TIME SCALE envisioned a machine that would have a larger space to grow plants than the suitcase-sized EMCS, with more functionalities. ‘We built a prototype demonstrating that we could recycle the nutrients and we could grow salad or lettuce in there,’ said Dr Kittang Jost. ‘We could produce them, and monitor the nutrients in the water. We proved the concept.’

As with Biolab and the ECMS, the prototype was designed to use a spinning centrifuge to simulate gravity on the moon and Mars to measure the plants’ uptake of nutrients or water, for example. Such ideas could not just useful for space travel, but for people on Earth too. ‘It’s important to find synergies with the challenges we have on the ground,’ said Dr Kittang Jost. And that includes finding ways to reuse nutrients and water in our own greenhouses, for example by improving sensor technology and developing better ways to monitor nutrients and plant health.

In order to travel to and even live on worlds like the moon and Mars, technologies like these will be crucial – allowing astronauts to be self-sustainable when they are far from Earth. And making sure any water stored at these locations is decontaminated and safe to drink is very important.

‘It will not be like the ISS,’ said Dr Detsis. ‘You are not going to have a constant crew all the time. There will be a period where the laboratory might be empty, and will not have crew until the next shift arrives in three or four months (or longer). Water and other resources will be sitting there, and it may build up microorganisms.’

Dr Kittang Jost says that in terms of producing safe food, we are nearing the goal of having a system that can be used on future missions. ‘We’re quite close,’ she said. ‘It’s a challenge of course. But building a greenhouse should be feasible.’