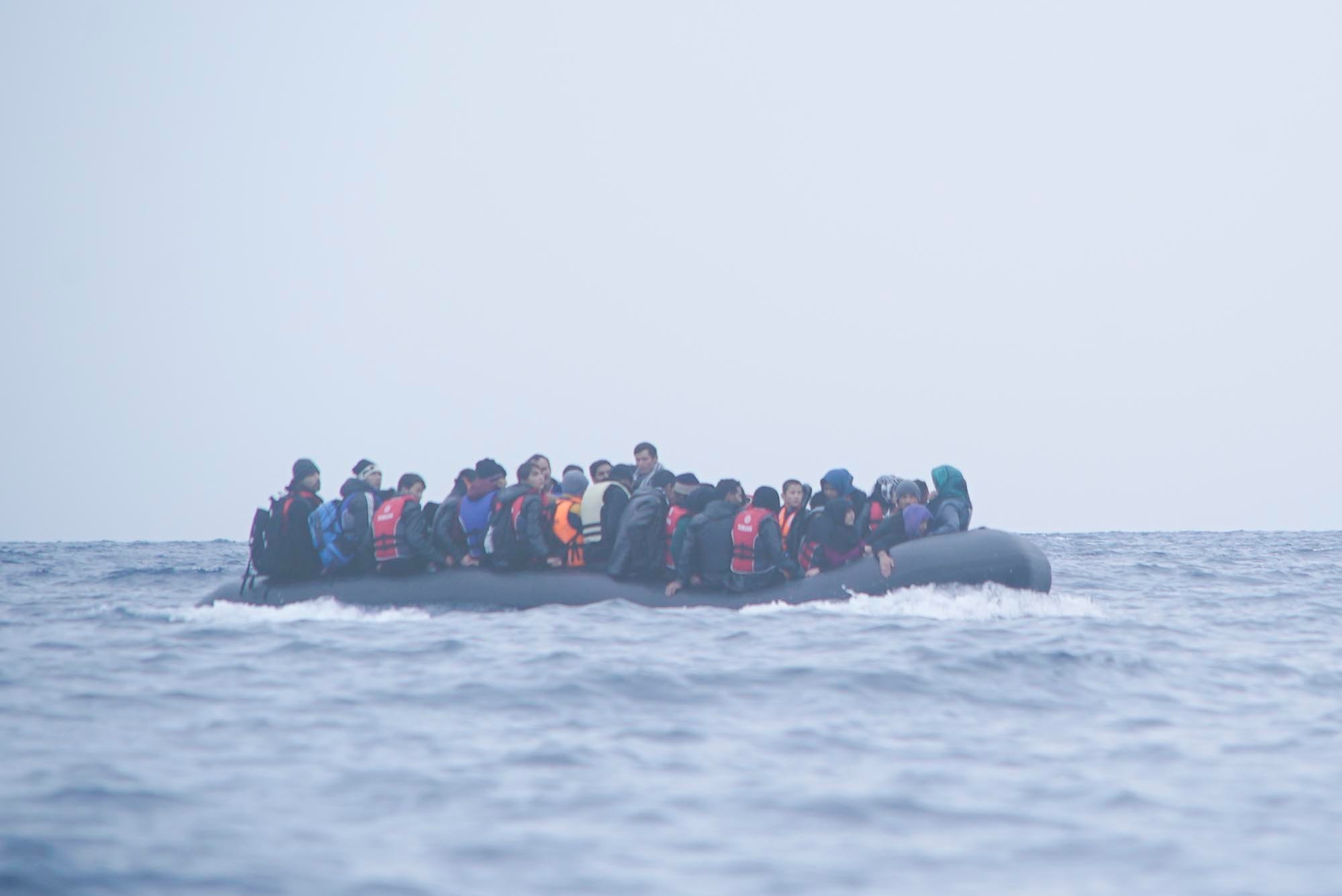 They are fleeing war, famine and persecution, risking treacherous journeys across deserts and seas in search of safety. But helping refugees and asylum seekers to cope with the psychological scars caused by their experiences could help them adjust to life in their new homes.

The world is in the midst of a refugee crisis. The latest figures from the United Nations Refugee Agency show that there are 70.8 million people globally who have been forcibly displaced from their homes, including nearly 26 million refugees, the highest number on record.

It estimates that 2018 alone saw an additional 2.8 million new refugees and asylum seekers risk their lives to find sanctuary in other countries. About 580,800 first-time asylum seekers applied for international protection in the EU last year while countries like Germany, Greece and Italy continue to host large numbers of refugees.

But even for those lucky enough to make it to relative safety, their ordeals can take a heavy toll.

‘Epidemiologic studies have suggested that around one-third of asylum seekers and refugees show some sort of clinically relevant psychological distress,’ said Professor Corrado Barbui, a psychiatrist at the University of Verona, Italy. He says they are particularly vulnerable because they are exposed to stressors before, during and also after their migration.

‘Post-traumatic stress disorder is up to 10 times higher among refugees and asylum seekers than in the general population,’ he said.

Prof. Barbui is coordinating a project that is now trying to help reduce the high levels of psychological distress found in these vulnerable populations. The RE-DEFINE project is using an innovative stress management intervention based on cognitive behavioural therapy, an effective form of counselling that helps people manage their problems by changing the way they think and behave.

‘It is a low-intensity, psychosocial intervention with the aim of preventing the development of mental health conditions,’ said Prof. Barbui. ‘It is a self-help intervention, so there are no doctors, no psychologists and no professionals delivering it.’

The intervention, called Self Help Plus, has been developed by the World Health Organization(WHO) and studied in low-income settings with promising results, according to Prof. Barbui. ‘But the issue of refugees and asylum seekers has become a real challenge in high-income countries as well, so we wanted to see if it could be beneficial there too,’ he said.

RE-DEFINE is running trials in five high-income countries around Europe – Finland, Austria, Germany, Italy, the UK – plus Turkey. In total, 1,200 people are taking part in the trials – 600 in Turkey, which is one of the main recipients of refugees from Syria, and 600 across the other sites.

Those taking part attend group sessions with 10-15 participants. They are guided by a pre-recorded audio course and written material, both in their native language, that encourages them to talk about problems they are having and helps them identify ways of solving them.

Each group completes five two-hour sessions over a five-week period and is overseen by a facilitator, who is another refugee or former asylum seeker trained to supervise the discussions.

Prof. Barbui says an important aspect of the approach has been to avoid medicalising it as the stigma involved could put off many participants from attending.

‘We do some preliminary screening to identify people who may have mental health conditions, but our intervention is more for prevention, so we don’t want to medicalise those with psychological suffering,’ he said.

The project has been working with non-governmental organisations such as the Red Cross and WHO to identify participants for the trial. So far, the trials have been run for Syrian, Afghan and Pakistani refugees and asylum seekers, with versions of Self Help Plus in Arabic, Dari and Urdu. There is also a version in Pidgin English for participants in Nigeria.

Although the team is still assessing the success of the trials, Prof. Barbui says the project has been well received and hopes that the number of languages can be expanded in the future. The team also hopes there will be an online version for participants to access on their mobile phones.

‘We would like to see this intervention become effective for refugees and asylum seekers on a global level,’ said Prof. Barbui.

Scaling up this sort of help for the millions of refugees and asylum seekers around the world is a particular challenge. Often there are just not enough mental healthcare professionals available to help.

The WHO has developed another mental health intervention it calls Problem Management Plus (PM+) that has already been tested and implemented in parts of Pakistan and Kenya to help people who have been affected by violence.

But with nearly 6.7 million refugees who have fled from the conflict in Syria alone, there is a desperate need to translate and adapt such resources for other communities. The STRENGTHS project is attempting to do this in eight different countries that have seen the largest influx of Syrian refugees – Turkey, Lebanon, Jordan, Egypt, Germany, Switzerland, the Netherlands and Sweden.

‘The levels of exposure to traumatic events is very high among Syrian refugees,’ said Dr Marit Sijbrandij, a clinical psychologist at Vrije Universiteit Amsterdam in the Netherlands who coordinates the project.

‘Post-traumatic stress disorder is up to 10 times higher among refugees and asylum seekers than in the general population.’

‘Often, in fleeing, a lot of things happen as it is very risky. They are travelling long distances by foot or making dangerous crossings over the sea. There are incidents of sexual abuse. And when they come into a new country or are living in refugee camps they are exposed to a lot of daily living difficulties that puts them at a higher risk for having mental health problems.’

Much like Self Help Plus, PM+ is based on cognitive behavioural therapy, but uses slightly higher intensity one-on-one sessions to help people who are already experiencing mental health symptoms. This sort of approach can be difficult to roll out with large numbers of people, especially in countries where health professionals may need an interpreter to speak to those they are trying to help.

STRENGTHS is instead training other Syrian refugees, who are non-professional helpers, to provide the service.

‘For example, in the Netherlands we train Syrian refugees with a background in delivered psychosocial support already, or who have been a teacher in Syria or who have very strong empathetic skills,’ said Dr Sijbrandij.

The approach does not focus on individual disorders, instead trying to tackle general symptoms of distress such as sleeping problems, anxiety and depression.

Over five sessions, participants are encouraged to find ways to change their own behaviour to improve their situation. ‘Getting people active again is one of the key components in tackling depression,’ said Dr Sijbrandij.

The programme also encourages them to build up social networks who they can seek help from in day-to-day life and gives them relaxation exercises to practise.

The project is planning to create a specially adapted version of PM+ for children and is in the process of developing a smartphone version of the intervention alongside the WHO.

‘We know that some people will just never access this kind of face-to-face psychosocial support, but they may prefer to do it through their smartphone,’ said Dr Sijbrandij. ‘Many Syrian refugees have smartphones and they are a lifeline of sorts for them already.’