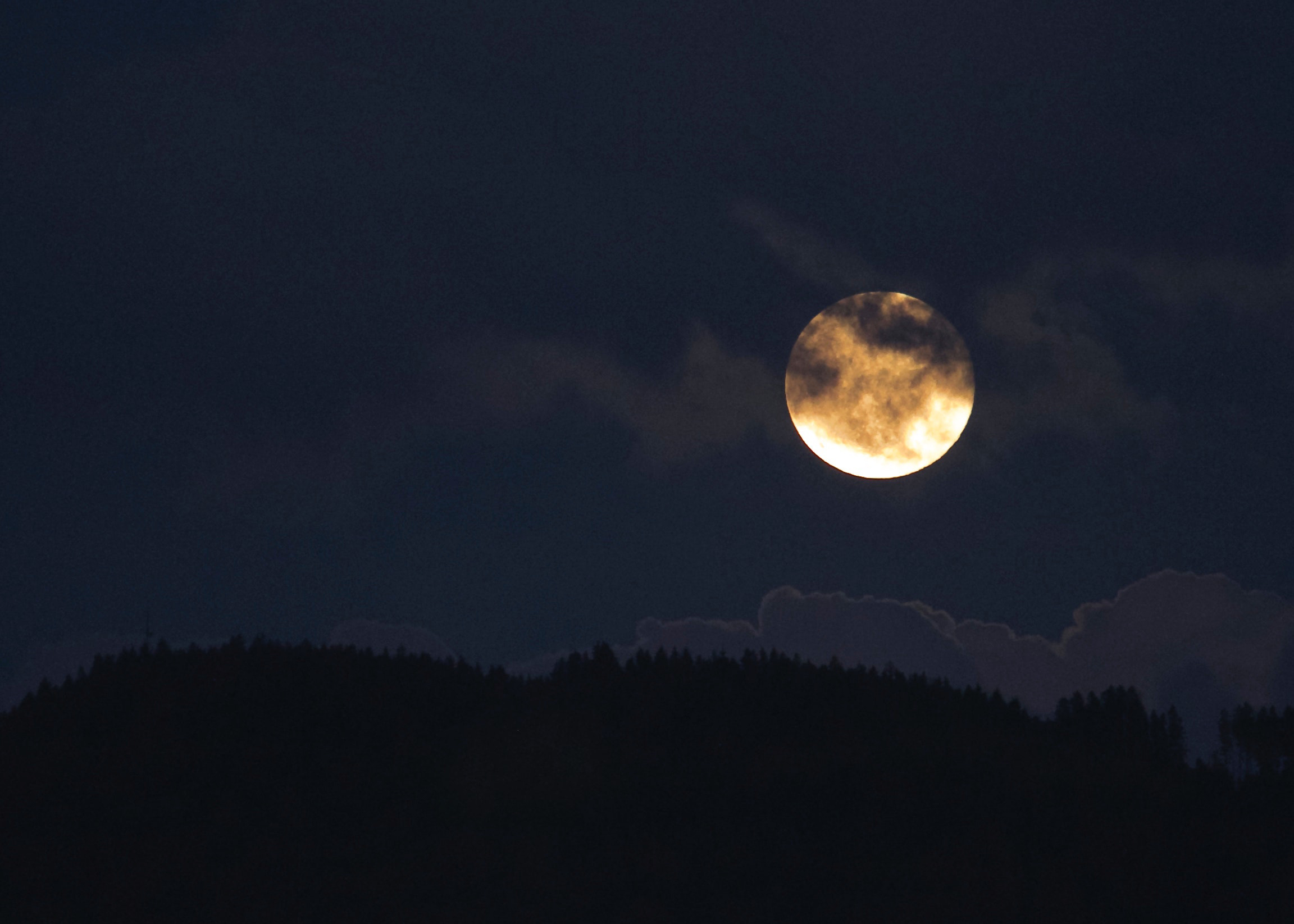 Humans have not set foot on the moon since 1972, when the last Apollo mission came back to Earth. That could all change in the coming years, however, as entities like the European Space Agency (ESA) are preparing not just to return, but to build a permanent base on the surface.

ESA is right now planning a lunar mission campaign, which would see us send robots to the moon in the 2020s in preparation for human missions. Dr David Parker, the director of human and robotic exploration at ESA, talked Horizon through what this might involve if funding is approved at the ESA Council Meeting in December 2019.

Why do we want to go back to the moon?

‘It’s a museum of 4.5 billion years of solar system history. It’s been sat there soaking up the history of our solar system, almost literally, with material coming from the sun but also interplanetary space. With the Apollo missions we only basically went to the museum gift shop, grabbed a few things and came back again, and then abandoned it for 50 years. Now we are entering a second era of lunar exploration. If we want to really explore the moon, we need to be there for weeks and months at a time.’

How are we going to do that?

‘Our plan to go back to the moon is a combination of humans and robots. One step is sending robotic explorers as our scouts and our reconnaissance probes to gather information, and then to go back with humans we need to do it in a sustainable way. We want to go step by step and make it affordable.’

‘(The moon is) a museum of 4.5 billion years of solar system history.’

‘Europe is building the service module (for NASA’s Orion spacecraft), which provides the electrical power, the propulsion, and it will also carry the water and oxygen needed to the astronauts. It’s the first time Europe has built a human-rated vehicle – designed to work with humans in deep space exploration. That will fly uncrewed at the end of 2020, and we’re already deep into building the second service module that will be used to carry NASA astronauts on a mission around the moon in about 2022.’

What will happen after that?

‘We intend to be taking the building blocks of a thing called the lunar gateway (a space station being built in near-lunar space in the 2020s). It’ll be a place that we can command robots on the surface of the moon, and when we go back with humans it’ll be a kind of reusable command module, and a safe haven the astronauts can return to safely. We want Europe to be a part of that. This is something we are going to put to our ministers when they meet for the (ESA) ministerial meeting at the end of 2019 in Seville in Spain.’

What’s happening with the robotic missions?

‘We are working with our Russian partner, Roscosmos, on a set of robotic missions to the moon, to assess the presence of water as a step towards understanding whether we can use the resources of the moon in the future to support sustainable exploration.’

Is the final goal to be living and working on the moon?

‘The goal is to establish whether it makes sense to have a permanent lunar base. We want to assess where you would put a permanent human lunar base, what the feasibility would be, and in particular whether we can use the resources of the moon to sustain the astronauts.’

We’ve heard promises like this before. What’s different this time?

‘With the US stepping out to build the pieces of the architecture – the Space Launch System vehicle, the Orion crew vehicle and the gateway – and offering to do this with international partners like ESA, the Canadians, the Russians and the Japanese, we have a chance to make a sustainable and affordable programme. It feels like this is the time for it to actually happen.’

Do you see China as a collaborator or a competitor?

‘I think it’ll be both. The Chang’e 4 lander, which is on the far side of the moon, is carrying several European scientific instruments. Likewise the most recent NASA Mars probe, InSight, all the science aboard is European. So cooperation is in European DNA. I see us cooperating with the Chinese.’

Will the private sector play a big part?

‘Of course. Every euro I get, 90% of that is going to industry and commerce already. So everything we do is with the commercial sector. There’s an opportunity for all sorts of different companies to get involved.’

If the lunar campaign is approved, what would we see happen in 2020?

‘We’d move from doing studies, which is where we are at the moment spending a few tens of millions of euros, to hundreds of millions and start actually building hardware, cutting metal, and getting on with it.’

What does space exploration mean for the average person in Europe?

‘Maybe more than they might imagine. Exploration delivers scientific information, so new knowledge about the solar system and our place in it. But in order to do that we’re innovators in technology, and that technology comes back to Earth. And then the thing about exploration, everything we do is an international cooperation. Even in difficult political times the space station partnership continues. I think that’s a really positive message of hope in the future. And then for the next generation, we need young people in Europe to be engaged in science and technology. So this is all real value back here on Earth.’

Moon landings – the story so far 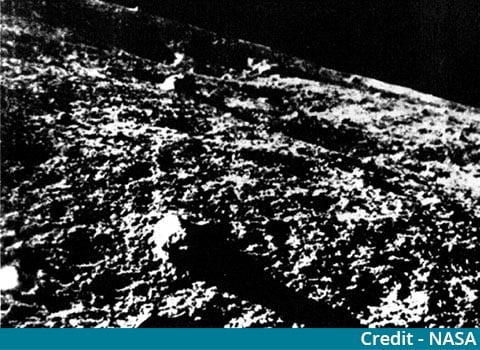 The first man-made object to safely touch down on the moon didn’t so much land as bounce. The Soviet Luna 9 hit the surface at 22km/h and survived several bounces on the surface thanks to an external airbag. After landing, Luna 9 beamed back the first images from the surface of another celestial body. Thanks to the spacecraft’s open line of transmission, a British observatory was able to receive the pictures from the Russian probe and released them through the BBC. 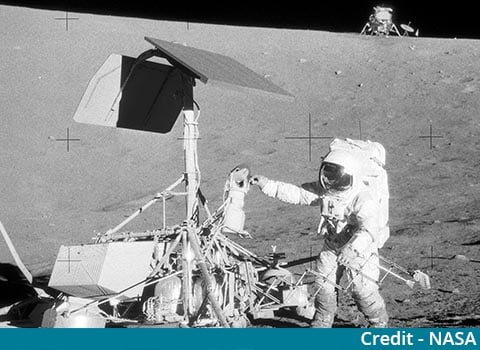 The US caught up with Russian space exploration when Surveyor 1 landed on the moon in June 1966. But the one for the history books was Surveyor 3 — the first American spacecraft to be equipped with a soil sampling scoop on top of the usual camera. However, when this camera was brought back to Earth in 1969, it contained the bacteria streptococcus mitis, which is found in humans. Whether this bacteria survived three years on the moon or whether it was contaminated on retrieval is unknown, but the incident led to much stricter antibiotic procedures for space-bound objects. 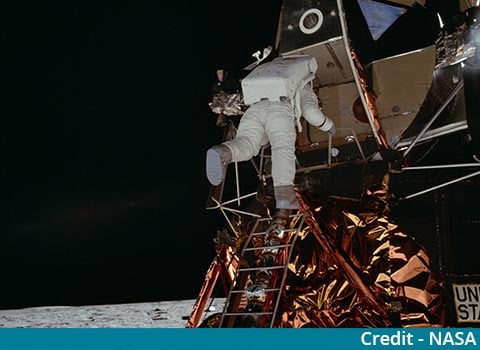 After the dress rehearsal by Apollo 10 — the US’s fourth human mission which descended to 14.4km above the surface of the moon before returning back to Earth — a Saturn V rocket launched the Apollo 11 crew on the morning of 16 July. On 20 July, the lunar module landed on the Sea of Tranquillity and four hours later, Neil Armstrong and Buzz Aldrin became the first humans on the moon. The astronauts spent two and a half hours on the lunar surface, collecting samples and setting up a seismometer and an instrument to measure solar winds. 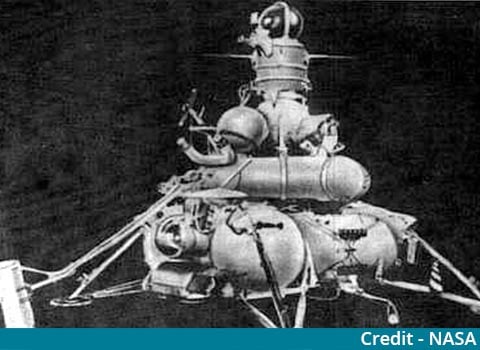 While the Americans were sending people to the moon, the Soviets continued to send robotic probes. A year after Armstrong’s first steps on the powdery surface, Luna 16 touched down on the Sea of Fertility. Less than an hour after landing, the probe deployed its drill to collect new soil samples. A day later the spacecraft launched from the lunar surface to come back to Earth. 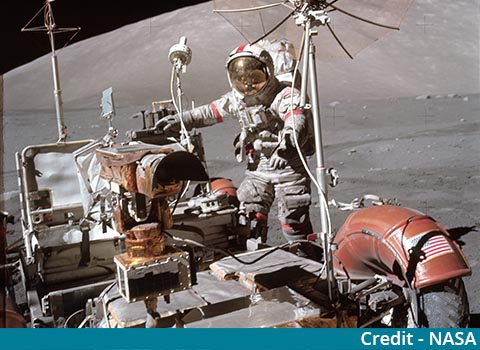 The Apollo missions were slated to go on until number 20, but budget cuts forced NASA to make number 17 the last one. The crew of the final Apollo mission was revised to include the first scientist-astronaut. Harrison Schmitt was a geologist who later trained to be a pilot. All the other astronauts had been military men trained in science.

Schmitt and Gene Cernan drove the Lunar Roving Vehicle on their moon walks, which enabled them to travel 30km and collect over more than 100kg of moon rocks. 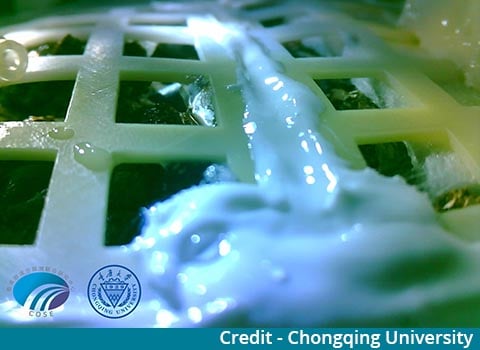 In December 2013, the China National Space Administration returned to the moon. Chang’e 3 and its rover Yutu sent back the first pictures since the last Luna mission’s transmissions in 1976.

Its successor, Chang’e 4, was the first probe to land on the far side of the moon on 3 January 2019. Part of its mission was to carry cottonseed, potato, rapeseed, and thale cress on the lunar surface within a sealed biosphere canister. The cotton seeds sprouted but alas died during the lunar night in mid-January while Change’4 was in hibernation. The lunar night lasts around two Earth weeks and the probe recorded temperatures as low as -190°C.

If you liked this article, please share it on social media.