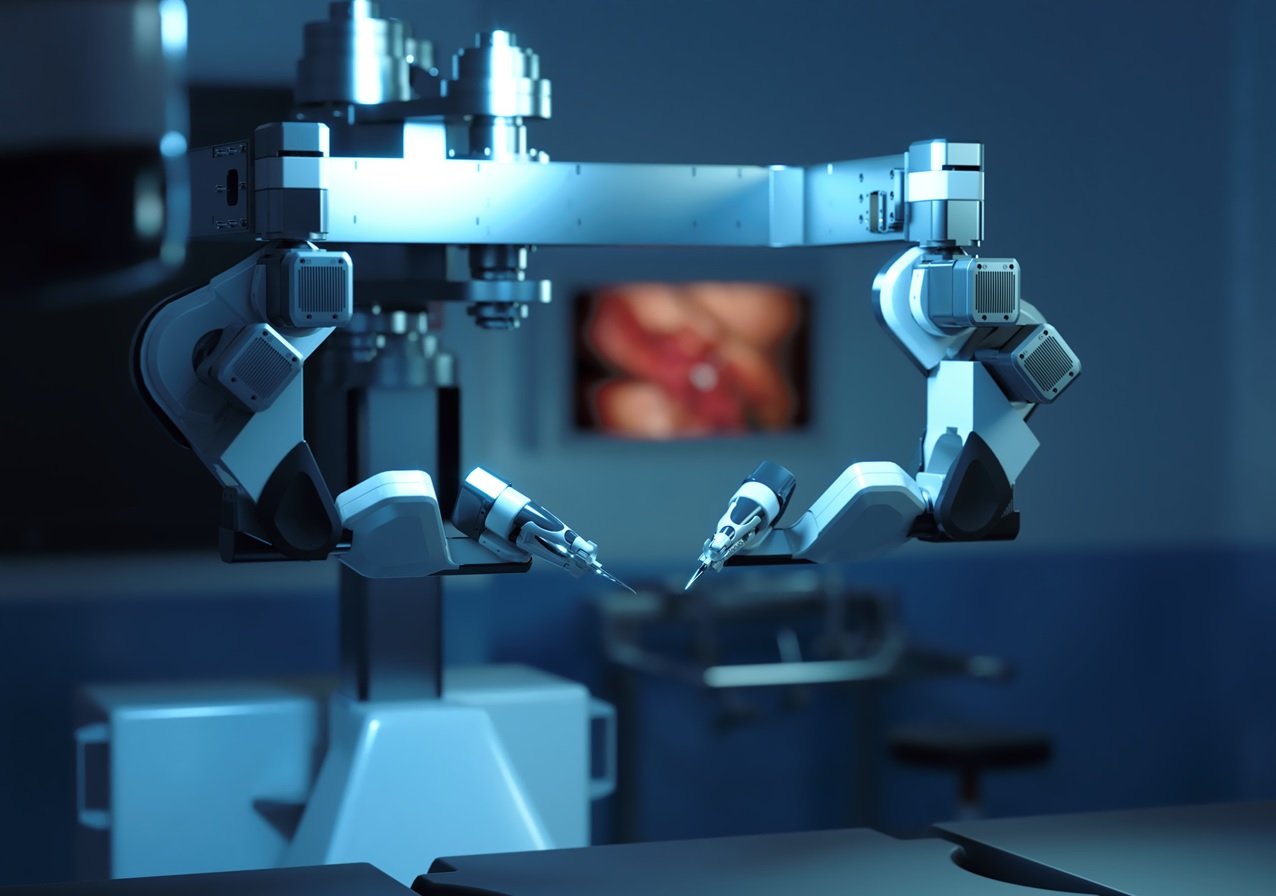 In a surgery in India, a robot scans a patient’s knee to figure out how best to carry out a joint replacement. Meanwhile, in an operating room in the Netherlands, another robot is performing highly challenging microsurgery under the control of a doctor using joysticks.

Such scenarios look set to become more common. At present, some manual operations are so difficult they can be performed by only a small number of surgeons worldwide, while others are invasive and depend on a surgeon’s specific skill.

Advanced robotics are providing tools that have the potential to enable more surgeons to carry out such operations and do so with a higher rate of success.

‘We’re entering the next revolution in medicine,’ said Sophie Cahen, chief executive officer and co-founder of Ganymed Robotics in Paris.

The initial focus is on a type of surgery called total knee arthroplasty (TKA), though Ganymed is looking to expand to other joints including the shoulder, ankle and hip.

Ageing populations and lifestyle changes are accelerating demand for such surgery, according to Cahen. Interest in Ganymed’s robot has been expressed in many quarters, including distributors in emerging economies such as India.

‘Demand is super-high because arthroplasty is driven by the age and weight of patients, which is increasing all over the world,’ Cahen said.

It comprises an arm mounted with ‘eyes’, which use advanced computer-vision-driven intelligence to examine the exact position and orientation of a patient’s anatomical structure. This avoids the need to insert invasive rods and optical trackers into the body.

Surgeons can then perform operations using tools such as sagittal saws – used for orthopaedic procedures – in collaboration with the robotic arm.

The ‘eyes’ aid precision by providing so-called haptic feedback, which prevents the movement of instruments beyond predefined virtual boundaries. The robot also collects data that it can process in real time and use to hone procedures further.

Ganymed has already carried out a clinical study on 100 patients of the bone-localisation technology and Cahen said it achieved the desired precision.

‘We were extremely pleased with the results – they exceeded our expectations,’ she said.

Now the firm is performing studies on the TKA procedure, with hopes that the robot will be fully available commercially by the end of 2025 and become a mainstream tool used globally.

‘We want to make it affordable and accessible, so as to democratise access to quality care and surgery,’ said Cahen.

Robots are being explored not only for orthopaedics but also for highly complex surgery at the microscopic level.

The EU-funded MEETMUSA project has been further developing what it describes as the world’s first surgical robot for microsurgery certified under the EU’s ‘CE’ regulatory regime.

Called MUSA, the small, lightweight robot is attached to a platform equipped with arms able to hold and manipulate microsurgical instruments with a high degree of precision. The platform is suspended above the patient during an operation and is controlled by the surgeon through specially adapted joysticks.

In a 2020 study, surgeons reported using MUSA to treat breast-cancer-related lymphedema – a chronic condition that commonly occurs as a side effect of cancer treatment and is characterised by a swelling of body tissues as a result of a build-up of fluids.

To carry out the surgery, the robot successfully sutured – or connected – tiny lymph vessels measuring 0.3 to 0.8 millimetre in diameter to nearby veins in the affected area.

‘Lymphatic vessels are below 1 mm in diameter, so it requires a lot of skill to do this,’ said Tom Konert, who leads MEETMUSA and is a clinical field specialist at robot-assisted medical technology company Microsure in Eindhoven, the Netherlands. ‘But with robots, you can more easily do it. So far, with regard to the clinical outcomes, we see really nice results.’

When such delicate operations are conducted manually, they are affected by slight shaking in the hands, even with highly skilled surgeons, according to Konert. With the robot, this problem can be avoided.

MUSA can also significantly scale down the surgeon’s general hand movements rather than simply repeating them one-to-one, allowing for even greater accuracy than with conventional surgery.

‘When a signal is created with the joystick, we have an algorithm that will filter out the tremor,’ said Konert. ‘It downscales the movement as well. This can be by a factor-10 or 20 difference and gives the surgeon a lot of precision.’

In addition to treating lymphedema, the current version of MUSA – the second, after a previous prototype – has been used for other procedures including nerve repair and soft-tissue reconstruction of the lower leg.

Microsure is now developing a third version of the robot, MUSA-3, which Konert expects to become the first one available on a widespread commercial basis.

This new version will have various upgrades, such as better sensors to enhance precision and improved manoeuvrability of the robot’s arms. It will also be mounted on a cart with wheels rather than a fixed table to enable easy transport within and between operating theatres.

Furthermore, the robots will be used with exoscopes – a novel high-definition digital camera system. This will allow the surgeon to view a three-dimensional screen through goggles in order to perform ‘heads-up microsurgery’ rather than the less-comfortable process of looking through a microscope.

Konert is confident that MUSA-3 will be widely used across Europe and the US before a 2029 target date.

‘We are currently finalising product development and preparing for clinical trials of MUSA-3,’ he said. ‘These studies will start in 2024, with approvals and start of commercialisation scheduled for 2025 to 2026.’

MEETMUSA is also looking into the potential of artificial intelligence (AI) to further enhance robots. However, Konert believes that the aim of AI solutions may be to guide surgeons towards their goals and support them in excelling rather than achieving completely autonomous surgery.

‘I think the surgeon will always be there in the feedback loop, but these tools will definitely help the surgeon perform at the highest level in the future,’ he said.