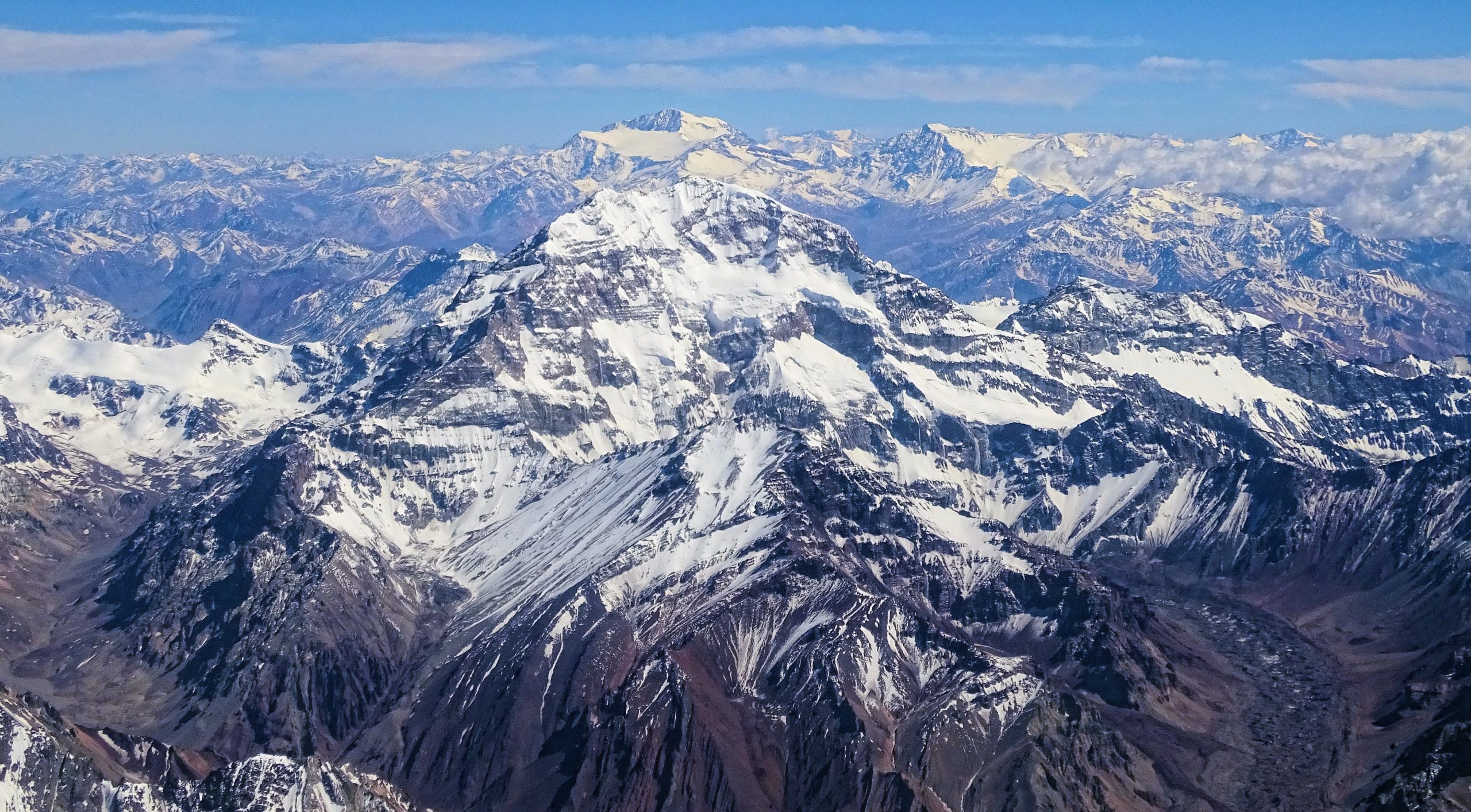 Mountains release the same amount of carbon each year as volcanoes – about 100 megatons – and yet we know very little about the process. Understanding these emissions could tell us more about their effects on climate, both in the past and the future.

Shifting tectonic plates under the Earth’s surface create volcanoes, which erupt in a profusion of gases and molten rock. But when plates slowly shift over time, they also give rise to mountains – and bring up carbon-emitting matter that has been buried under the surface for millennia.

As humans pump unprecedented amounts of carbon dioxide into the atmosphere, researchers are pushing to understand how the natural carbon cycle works, and how it will be affected by not only the increased carbon in the atmosphere, but the rising temperatures and shifting weather patterns of global climate change.

For millions of years, carbon has lain trapped in the rock of mountains. Some of it was once in the shells of tiny organisms on seafloors or dead trees buried under the weight of soil that cemented into rock over time. But as Earth’s tectonic plates shift over millennia, slabs of rock that once lay at the bottom of the ocean crumpled, buckled or were lifted to the lofty heights of mountains.

‘When these rocks are exposed near the surface, the oxygen in the air and in water can react with the organic matter in those rocks and release the carbon as carbon dioxide,’ explained Professor Robert Hilton, a geologist at the University of Durham, UK. ‘It is like the Earth breathing, this consumption of organic matter and a slow release.’

Life as we know it hinges on carbon, and its movement between the land, oceans and atmosphere is called the ‘carbon cycle’.

Prof. Hilton heads up a project called ROC-CO2 which aims to quantify the contribution of organic carbon in mountain rock to this natural carbon cycle.

In previous models, mountains were thought to trap carbon from the atmosphere. Carbonic acid and water erode minerals and rocks, and the carbon eventually flows to the ocean via rivers. But the release of organic carbon through erosion could reduce the amount of carbon we assume is being removed from the atmosphere. These contributions – and knowing how they will alter as the planet gets hotter – are important to understand what world we will be living in a century from now.

‘It is like the Earth breathing, this consumption of organic matter and a slow release.’

There are numerous gaps in our understanding of the carbon cycle, mostly about the processes occurring on land as opposed to in the oceans, according to Professor Susan Trumbore, director of the Max Planck Institute for Biogeochemistry in Germany. ‘With climate change, changes in the amount of carbon dioxide (available), changes in the ecosystems themselves by changing fauna, new diseases, and new species, the ability to predict the future is poorer. We fundamentally don’t understand these processes,’ she said.

During his doctorate, Prof. Hilton recognised the role of mountain erosion as one of these gaps. ‘I was taken aback that some of these aspects are so poorly understood,’ he said.

While human-linked carbon emissions and their effects are a major focus of climate research – they account for around 9,400 megatons of carbon, almost 100 times more than mountains weathering or volcanoes – smaller contributions are also important pieces of the puzzle and occur over longer timescales. Their effects are felt over centuries and are integral to our climate. Anthropogenic carbon emissions, on the other hand, occur on a very short-time scale, causing an unprecedented rate of change in natural systems.

‘We need to understand how (mountain weathering) operated in the past,’ said Prof. Hilton. It’s important, he says, because the carbon cycle is so closely linked to Earth’s climate, which in turn set the framework for plant and animal evolution.

And with mountains and erosion, ‘the land surface is being refreshed all the time by material moving down slopes, bringing new rocks into contact with the atmosphere and water.’

Professor Sophie Opfergelt, a geologist at UC Louvain in Belgium who investigates the chemical weathering of rocks, describes mountains and weathering like a large reactor.

‘Mountains are ways of bringing materials into the reactor. When there is an uplift of a mountain or erosion, you expose more minerals and surface to weathering,’ she said. ‘It also covers some of these materials and stops material from going into the reactor.’

Through ROC-CO2, Prof. Hilton and colleagues are developing techniques to measure the rate of carbon emissions, or flux, from mountains.

One technique, which they describe in a recent paper, measures the mountain’s carbon emissions directly by drilling a 40cm deep hole into the rock, and erecting an air-tight chamber over it to measure the amount of carbon being released.

Prof. Hilton and colleagues avoid contamination by covering the rock with the air-tight chamber and repeatedly emptying it of the gases they collect for analysis. Later, in the lab, they have to prove that the gases did not come from other sources.

All modern carbon contains carbon-14, an unstable form of carbon that breaks down over time. Ancient carbon from rocks no longer contains any of this radioactive carbon because it has already broken down. ‘This is critical because otherwise people could just say that you’re measuring carbon from a plant and its roots (inside the rock),’ said Prof. Hilton.

Another method is to hunt for the remnants of these weathering reactions and use them to estimate the flux. ‘The idea here is that when you break down these rocks, you release other things that you might be able to trace. So, for example, we can measure water in a stream or river and say something about the (chemical) reactions happening upstream,’ Prof. Hilton said.

In a 2017 paper, the authors, including Prof. Hilton, measured the amount of organic carbon particles in the suspended sediments from the Kosñipata River in Peru over the course of a year. They found that there was a large discrepancy between the estimated erosion in the Andes mountains and what actually ended up in the river downstream. This raises questions about the actual carbon budget of the Amazon River basin, thought to be one of the planet’s major carbon sinks.

Prof. Hilton is currently investigating carbon fluxes at sites around the world from Canada to France and Switzerland to New Zealand.

‘We recognise that we can’t measure flux everywhere,’ Prof. Hilton said. The scales are ‘too ginormous’ but having a variety of sites means that they can try to characterise flux for different environments.

‘One of the reasons to do this is to quantify global fluxes, but the more important thing to say is why would this flux change, what controls it, and how it responds to things like changes in temperature.’

Prof. Hilton ultimately hopes to describe how flux has changed over the course of centuries or even millennia. ‘The aspiration is to be able to tell people more about why this process changes over time – in the distant, geological past or even (predict what will happen) in the next century.’

Researchers, including Prof. Hilton, have shown that climate and an increase or decrease in rain and water run-off affect how quickly erosion takes place. The aim is to now understand whether increased erosion could unearth even more carbon that has been lying locked in rock for millennia, and further speed up climate change.

This is a question Prof. Hilton also hopes to answer.

‘How could this process (flux) change to impact the natural carbon cycle?’ he asked. ‘(This) affects the lifetime of carbon dioxide emissions in the atmosphere.’