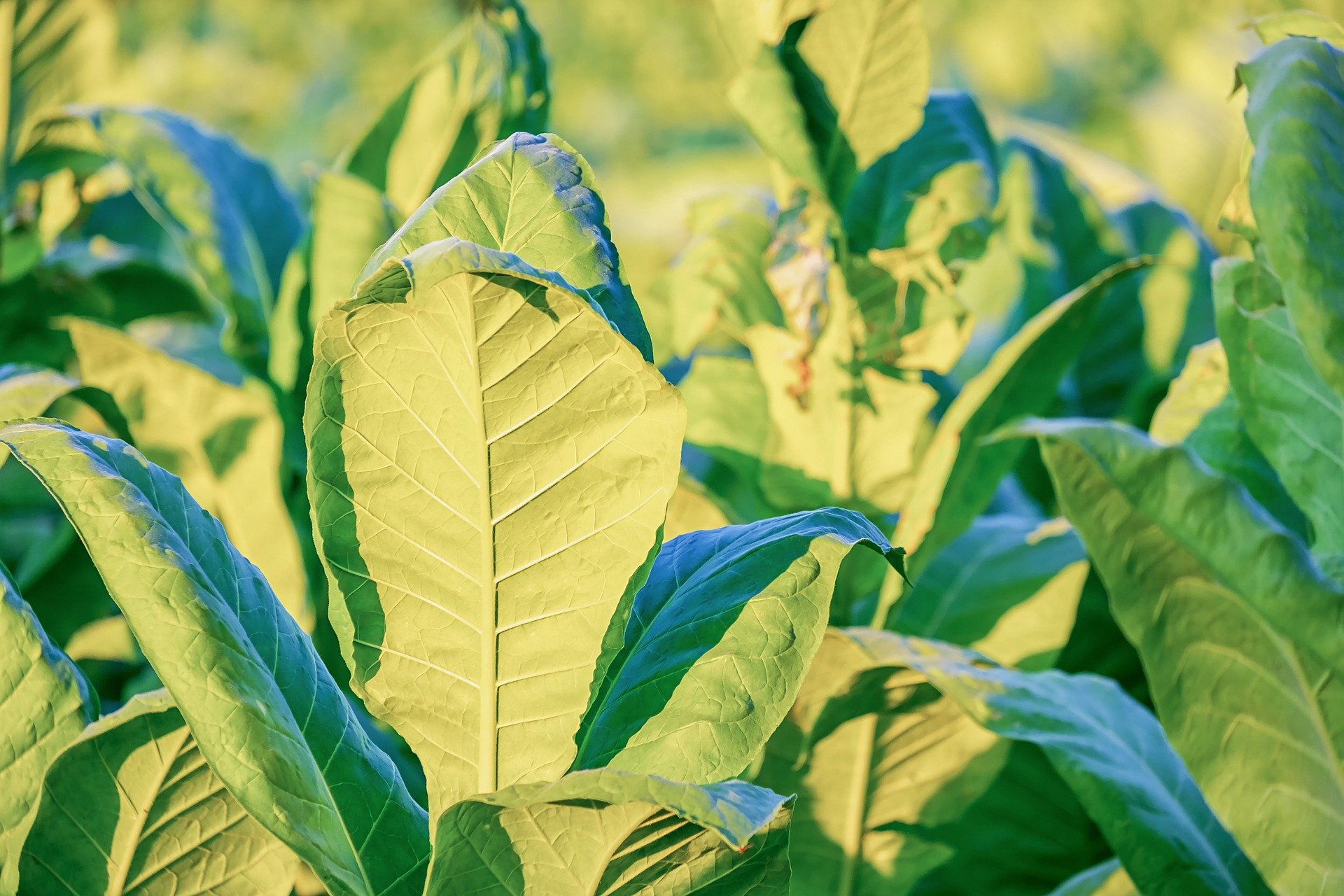 On the southern outskirts of the city of Owensboro in Kentucky, US, there is a square, nondescript building. Inside, rows and rows of small plants are growing under artificial lights. This is a new generation biotech venture: a molecular farm. Others are springing up across the US and elsewhere – and they farm vaccines. This means that if we find a coronavirus vaccine that works, their produce could be used by households worldwide.

The basic idea of molecular farming is to genetically modify plants so that, alongside all their usual biochemicals, their cells produce biomolecules that are useful to us. It’s not a new idea.

The field was kicked off in 1989, when researchers fixed tobacco plants so that they produced a proof of concept antibody protein. Plenty of hype ensued in the following decade or so. One of the early ideas was that this could produce edible medicines – bananas, for instance, that expressed vaccines in their cells. Molecular farming seemed like a world changing idea, capable of providing medicine easily and cheaply to billions of people.

One reason it didn’t take off, says Professor Julian Ma at St George’s, University of London, UK, is that it can be difficult to control dosage with edible vaccines: ‘How do you stop somebody eating 20 bananas because they think it’s good for them? There was a moment where everybody got seriously excited. And then realised – oh no, it’s actually not going to be quite so straightforward.’

Living things have biomachinery that uses a nucleic acid code as an instruction manual for building proteins. Molecular farming hijacks this machinery and gets it to use synthetic instructions to produce new proteins. But bacteria and other mammalian cells, such as the Chinese hamster ovary (CHO) cell, can do this too. Indeed, CHO cells are the most common way of culturing proteins. Cultured proteins are mostly used as drugs, for treating conditions like diabetes and problems with blood clotting. Culturing methods are more expensive and time consuming than molecular farming but the processes involved are well established and validated for safety – molecular farming hasn’t got there yet. But it is beginning to catch up.

A few years ago, Prof. Ma conducted a proof of concept study to show that an antibody could be produced in plants and isolated from them using simple separation techniques and that the resulting proteins could be just as pure and thus safe for medical use.

Another helpful factor is the rise of a genetic modification technology called transient expression. This is a technique that involves having cells express some DNA temporarily. Crucially, it is easy in plants. It involves dipping them in a special solution and then allowing them to grow. This means that in some cases plant scientists can go from genetically modifying plants to having them express new proteins in two weeks or less.

Molecular farming facilities are getting more common. That farm in Owensboro belongs to Kentucky BioProcessing, a long-established firm that helped produce the ZMapp antibodies to help treat Ebola during the 2015 outbreak. Another large facility is being built in Quebec, Canada. And Brazil has also announced it intends to build one, says Prof. Ma. ‘I see that as a bit of a breakthough. It’s the first one in the southern hemisphere.’

It is in this context that Dr Diego Orzáez at the Institute for Plant Molecular and Cellular Biology in Valencia, Spain, is running the Newcotiana project. Dr Orzáez says that although lots of large farms exist, no one has yet put much effort into breeding the plants they use to improve their productivity – he and his team are now doing just that.

They are working on two closely related plants. The first is Nicotiana benthamiana, a fragile, dwarf cousin of the tobacco plant, which is the species grown in most commercial molecular farms because it is so easy to genetically modify. The second is Nicotiana tabacum, the larger, hardy plant that is grown commercially for tobacco. The plan is to optimise both.

There’s a special reason why Dr Orzáez wants to work with Nicotiana tabacum. He says that there are communities across Europe who have traditionally grown tobacco for use in cigarettes but face a certain stigma for doing so. Some such communities can be found in the relatively wet area of La Vera, in the Extremadura region of Spain, for instance. Many of these communities are keen to switch to growing tobacco that could be put to better use – providing medicines rather than tobacco – according to Dr Orzáez.

Admittedly, there’s a wrinkle in the plan because plants that have been genetically modified can’t legally be grown outdoors in the EU because of the rules on genetically modified organisms. However, Dr Orzáez says he hopes to convince the authorities this ought to change. This is because the plants in his project, while officially classed as GMOs, have been produced by gene editing and they don’t contain genes from other organisms as most GMOs do.

In the meantime, he says he has some encouraging results from his project. He has produced a cultivar of Nicotiana tabacum that does not flower, which means it cannot spread seeds or pollen and so should be safe to grow outside – and separately a cultivar that produces an anti-inflammatory compound. The next step is to combine these into a single plant line. He also has improved versions of Nicotiana benthamiana in field trials.

In all of Dr Orzáez’s work the proteins are expressed in the plants’ leaves. But there are reasons why expressing them in other parts of a plant would be handy.

‘If you wanted to stockpile (a vaccine), for example, seeds would be brilliant,’ said Prof. Ma. ‘They are natural protein storage organs and they’re incredibly stable. You could produce a barn full of seed and keep it almost forever.’

Prof. Ma coordinates a project called Pharma-Factory, which is developing new farming platforms, so that proteins can be expressed in not just leaves but seeds, roots and algae. The project includes five small firms, and the plan is to have several protein therapeutics, including an HIV-neutralising antibody, developed to the point where they can be commercialised.

‘If you wanted to stockpile (a vaccine), for example, seeds would be brilliant.’

So what of coronavirus? Several large molecular farming companies are already working on vaccines. For example, Medicago, headquartered in Quebec, has succeeded in directing plants to produce proteins that can be assembled into a virus-like particle, which is essentially the protein shell of the SARS-CoV-2 virus with nothing inside it. The company says results from tests in mice initiated the production of antibodies and it expects to begin phase I clinical trials in humans this summer.

For their part, the Newcotiana team released the genome sequence of Nicotiana benthamiana before being ready to publish it formally in an academic journal. ‘Plenty of companies and academics will benefit from knowing as much as possible about the plants themselves through this genome,’ said Dr Orzáez.

Dr Orzáez also says his team have pivoted to working on coronavirus, modifying some of their plants so that they produce the spike protein from SARS-CoV-2 virus. This spike protein is an important reagent in serological tests that determine if a person has developed Covid-19 antibodies. In plants, it can be produced quickly and easily in places where supplies of the protein are low. The team still need to work to make sure the proteins they produce are validated for safety – but if they are, molecular farming could be a way of helping mass testing.

The fundamental attractions of molecular farming have not changed since the 1980s: it is cheap, it’s safe and it can be scaled up easily and quickly. As the coronavirus pandemic continues and the race is on to develop working vaccines, that last fact may prove to be extremely attractive, especially in poor parts of the world.