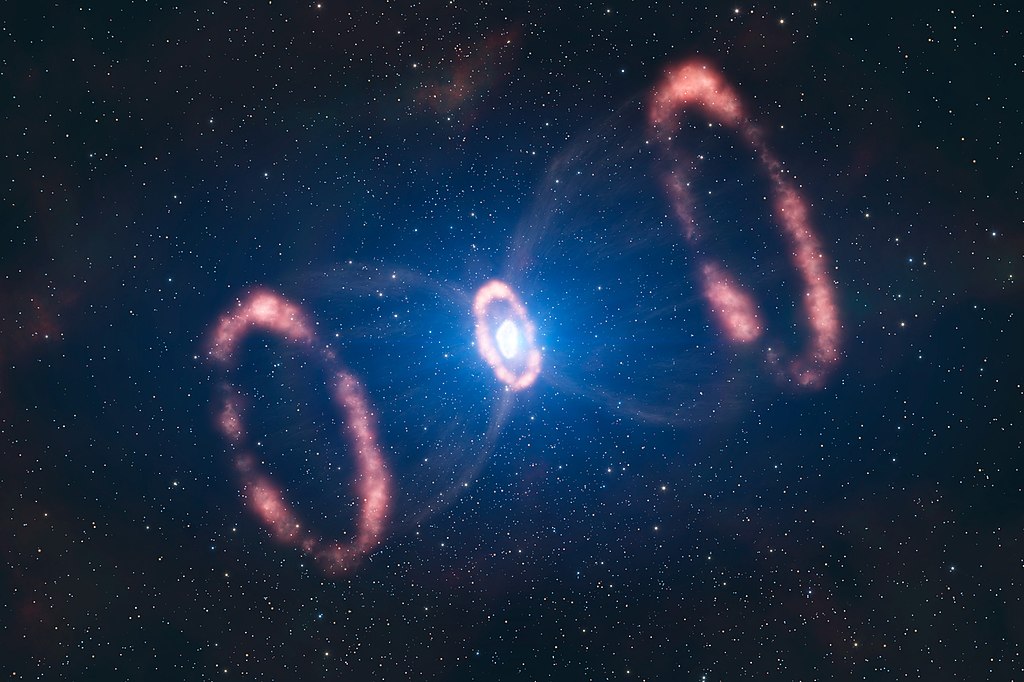 When a massive star reaches the end of its life, it can explode as a supernova. But there’s a unique type of supernova that’s much brighter that we’re just starting to understand – and which may prove useful in measuring the universe.

Known as superluminous supernovae, these events are typically 10 to 100 times brighter than a regular supernova but much more rare. We’ve spotted about 100 so far, but many aspects of these events remain elusive.

Why are they so much brighter than regular supernovae, for example, and what stars cause them? Astronomers are hoping to answer these and more questions in the coming years, with various studies underway to understand these events like never before.

Dr Ragnhild Lunnan from Stockholm University, Sweden, is one of the co-investigators on the SUPERS project, which is attempting to work out what stars lead to the formation of superluminous supernovae. With dozens found already, the team are building the largest collection of these events in an effort to learn more about them.

‘By following the evolution of these supernovae into a very late phase, you can decode their (structure),’ she said. ‘This tells you things about the star that exploded, and possibly how it exploded.’

To find these explosions, Dr Lunnan and her team are making use of a camera called the Zwicky Transient Facility (ZTF), part of the Palomar Observatory in California, US, to survey the sky. Only one supernova is expected per galaxy per century, with only one in 1,000 or even one in 10,000 of those being superluminous. But by looking at many galaxies simultaneously with the ZTF, it’s possible to spot these events.

‘Additionally, you very often find them in galaxies that are kind of chemically primitive, called low-metallicity, and we think this is also a clue,’ she said. ‘We think they’re associated with very massive and metal-poor stars. But beyond that, we really don’t know.’

In 2018, Dr Lunnan and her team discovered a superluminous supernova with a giant shell of material around it, which it must have ejected in the final years of its short life. ‘That discovery (of the shell) is another clue that the stars must be very massive,’ said Dr Lunnan.

‘You very often find them in galaxies that are kind of chemically primitive, called low-metallicity, and we think this is also a clue.’

The exact process that causes a superluminous supernova is another question. Typically, stars can go supernova either by independently collapsing, or sharing material with a small dense star known as a white dwarf before an explosion takes place, known as a Type 1a supernova. But what happens in a superluminous event?

Dr Avishay Gal-Yam from the Weizmann Institute of Science in Israel, project coordinator on the Fireworks project, has been trying to answer this question. The project has been using observations of the night sky from cameras like the ZTF that have a rapid cadence, meaning they show an event shortly after it occurred, to study cosmic explosions.

Previously we would only see supernovae about two weeks after they happened, but ZTF’s constant observations of the sky allows us to see them within about one or two days. And that’s particularly useful for superluminous supernovae. A regular supernova can brighten and fade over a period of weeks, but a superluminous supernovae can last several times longer, while also reaching its peak brightness slower.

‘They are relatively slowly evolving,’ he said. ‘The time for the explosion to reach its peak could be a couple of months, sometimes even longer. So studies of these objects are not focused on rapid observations, but rather a continuous follow-up campaign which takes months and sometimes years.’

So far Dr Gal-Yam and his team have published several studies, examining some of the theories for how these events happen. One idea is that a regular supernova leaves behind a rapidly spinning and highly magnetised neutron star, called a magnetar, which acts as a giant magnet and pumps energy into the supernova explosion.

But Dr Gal-Yam’s more favoured theory is the same advocated by Dr Lunnan – that collapsing massive stars are the cause. ‘What can generate so much energy that can power such a luminous emissions, both in terms of the amount of energy and the very long amount of time the emission continues to happen?’ he said. ‘The most intriguing (theory) is an explosion from a very massive star 100 times more massive than the sun.’

While many questions about superluminous supernovae remain unanswered, they are already proving useful as distance markers in the universe. Called ‘standard candles’, bright events like supernovae can tell us how far away a particular galaxy is as we know how bright they should be.

‘The idea here is a standard candle, an object of known luminosity,’ said Dr Mark Sullivan, project coordinator on the SPCND project that looked at how explosive events like this might be useful for cosmological studies. ‘If you can find it in the sky and measure how bright it appears to be to us on Earth, you can tell how far away it is.’

The brightness of superluminous supernovae makes them particularly useful. Using the Dark Energy Survey (DES), a survey of the night sky using the Cerro Tololo Inter-American Observatory in Chile, Dr Sullivan and his team found more than 20 superluminous supernovae in galaxies up to eight billion light-years from Earth, giving us a new cosmic distance ladder. ‘We got a new data set of these objects in the distant universe,’ said Sullivan.

With a growing sample size of these events, astronomers will now be hoping to answer once and for all what causes them. Upcoming telescopes like the Vera C. Rubin Observatory in Chile could prove vital, performing new sweeping surveys of the night sky, and finding more of these objects than ever before.

‘We really are in this era where we’re finding so many objects – even things that are rare,’ said Dr Lunnan. ‘It’s a lot of fun.’