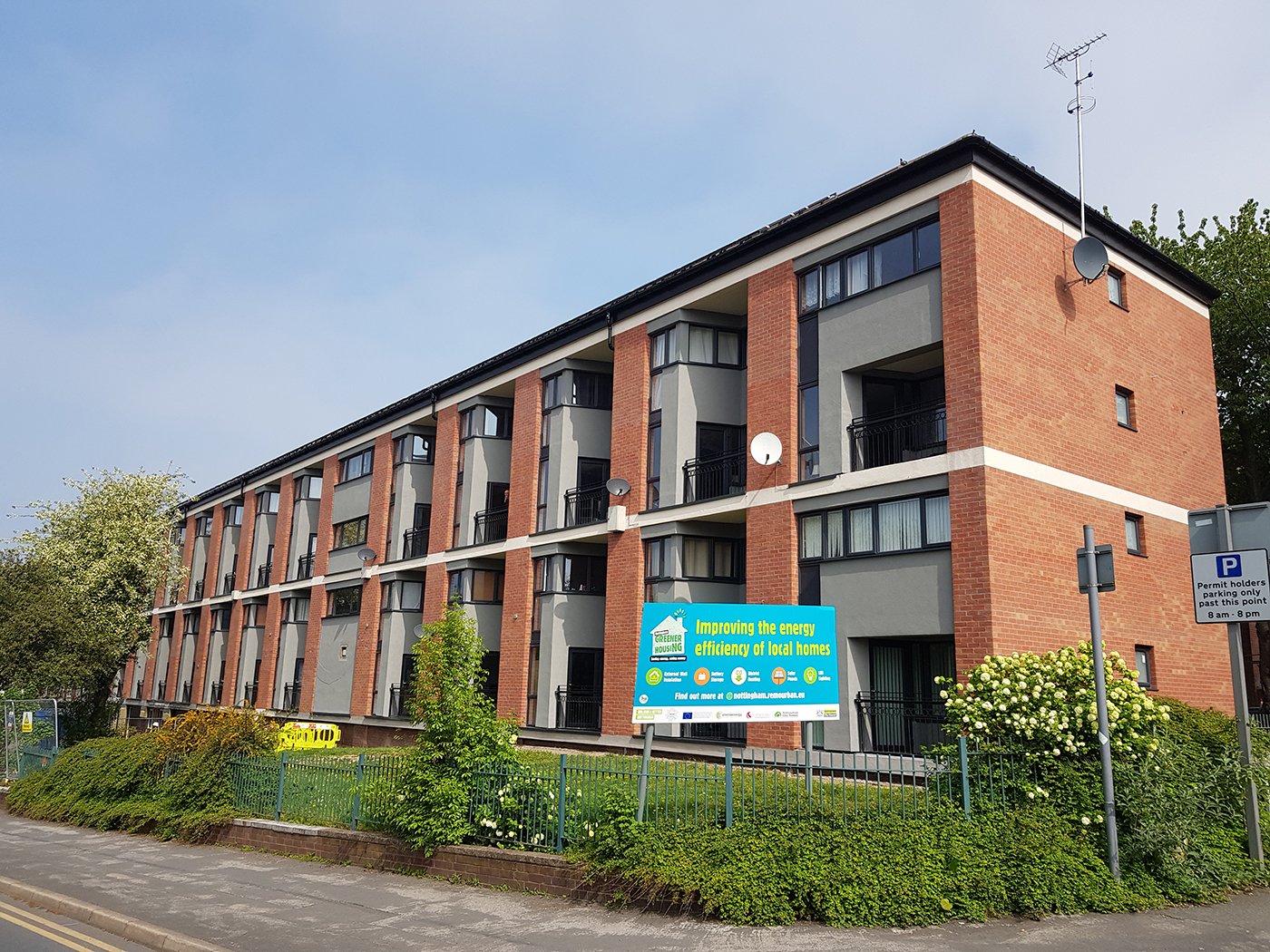 As the world moves towards a carbon neutral future, many different areas from industry to manufacturing are working to reduce their emissions. But scientists are beginning to look at a different area – houses – to work out if it’s possible to reduce emissions from Europe’s homes to zero by retrofitting on a mass scale. And the early signs are promising.

‘The overall goal is to develop a market for net zero-carbon homes,’ said Gabby Mallett from the National Energy Foundation (NEF) in the UK, project manager for Transition Zero, a project that looked at how to roll out carbon neutral houses across Europe.

‘Are they possible? Yes. Could we roll them out on a big enough scale? Yes, but we would absolutely need to invest in training of contractors. The technology is there to do it now. I think the technology of the future will make it much easier.’

Households account for just over a quarter of Europe’s total energy consumption, with heating and hot water being the most energy-hungry aspects. Households also produce a fifth of the EU’s greenhouse gas emissions.

Scientists have been investigating how to apply novel technologies such as ground source heat pumps and insulated walls to dramatically reduce the carbon footprint of existing houses. At the same time as the environmental benefits, retrofitting can provide a cost-saving opportunity for residents, by cutting down on heating bills and improve their health by keeping them warm.

The issue at the moment is working out how fast and effectively these changes can be brought to homes across Europe.

Transition Zero was carried out by Dutch firm Energiesprong, which has built more than 4,000 energy efficient homes in the Netherlands, to see if the same techniques could be applied to other countries like the UK and France, given the different housing markets.

One of the major differences is that, in the UK, electricity does not run on a meter like in the Netherlands. So in the latter, if you create more energy than you use – such as with the help of solar panels – your meter can run back to zero. ‘In the UK you still end up with the cost,’ said Mallett.

Another major difference is that in the UK, people tend to buy and hang onto houses more than in continental Europe, where estates of similar properties are more often built. This means two houses in the UK are rarely alike, posing challenges for bulk upgrades to make them more energy efficient.

The answer at the moment appears to be to focus on social housing providers (SHPs), which typically build estates of similar properties with a 30-year plan in mind. Transition Zero developed collective commitments for SHPs and worked with them to see, if the price could be at the right point, how many homes would they consider renovating to increase their energy efficiency. Ultimately, tens of thousands of homes are now signed up across Europe.

‘Different social housing providers are at different stages,’ said Mallett. ‘If I use Nottingham (in the UK) as an example, they did 10 as a pilot, and they already are in contract for another 155. And they’re now also looking at the next 500.’

Nottingham is also the test bed for a project called REMOURBAN, which is developing a model for urban redevelopment. The main goal is to develop a model that could be applied to specific cities across Europe to retrofit houses and make them carbon neutral.

‘The aim of the project is intervention not in a single house, but to a large number of (social) houses in a certain area,’ said Dr Anton Ianakiev from Nottingham Trent University, the project lead for REMOURBAN in Nottingham. ‘And this is what we’ve done here (in Nottingham). We actually have intervention in more than 400 houses.’

The homes use full insulation, with the front wall of the house practically being a double wall, 20 centimetres thick, to trap heat in the home or keep it cool in the summer. The other major innovation is that the gas boilers of the house have been taken out and replaced with ground source heat pumps.

‘A heat pump is like a fridge but in reverse,’ said Dr Ianakiev. ‘In your fridge you extract the heat out. In our case it’s the opposite. We are trying to pull the heat from outside into the houses.’

The pump is partially driven by solar panels on top of the house, which supply energy to the house year-round – although they are less productive in the winter, when the heating needs of the house are at its greatest. ‘So we cannot utilise 100% of the electricity generated,’ said Dr Ianakiev. Unfortunately, during the summer, as there is no cheap way to store solar-generated energy, the excess energy is then fed back into the national grid.

Still, REMOURBAN has been able to reduce the carbon footprints of its test homes by 80%, with considerable benefits for the occupants. ‘They’re very happy,’ said Dr Ianakiev. ‘The whole house is heated throughout the winter, and the expense for heating the house is less than what it would be without retrofitting.’

A heat pump is like a fridge but in reverse. We are trying to pull the heat from outside into the houses.

In the future, it’s hoped that projects like these could enable houses both new and old to have no carbon footprint. Dr Ianakiev notes they are already looking at ways to apply their techniques to older homes, like Victorian buildings. ‘It can be applied to every house,’ he said.

Mallett notes that if houses are regenerated in bulk, the costs could be as low as €1,500 per house, with considerable savings in the long-term for residents. And with governments across Europe, such as the UK, France and Germany, aiming to be carbon neutral by 2050, the time to start developing and investing in these ideas is now.

‘We all know that if the government said we need to get to net zero energy by 2050, we can’t be doing 26 million homes in 2049,’ said Mallett. ‘We do have to start doing some of them sooner.’