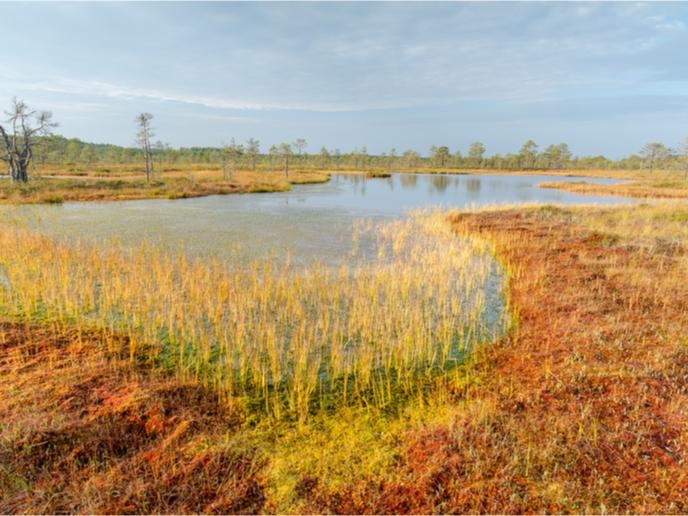 Many future climate scenarios suggest that negative emissions will be needed to limit global warming. Researchers are now investigating how feasible this is.

In Iceland, a machine is now sucking carbon dioxide out of the atmosphere day and night. Its mission is to mix the gas with water then pump it underground where it will turn into stone after a few years.

Such machines are now of interest since global greenhouse gas emissions are still far too high to be able to rely on reducing them alone. To avoid serious environmental impacts, we will most likely also need negative emissions to remove some of these gases from the atmosphere and store them somewhere permanently.

‘Scenarios for climate change mitigation often show that we will need a significant amount of negative emissions by the end of the century to be able to limit warming to 1.5oC or 2oC,’ said Dr Kati Koponen, a senior scientist at the VTT Technical Research Centre of Finland in Espoo.

New solutions and practices, both technological and non-technological, will be needed in the drive to produce negative emissions. Nature-based solutions, such as planting more trees or restoring peatlands, which capture and store CO2 and have been known and used for a long time, are being investigated for wider deployment in mitigation, including more robust monitoring and quantification of their performance.

Several potential technologies also exist, but most are still in their infancy. Direct air capture, for example, which is the technology being used in Iceland, uses chemical processes to extract carbon dioxide (CO2) from the atmosphere before it is stored underground.

However, the benefits and trade-offs are still hazy. ‘The challenge is to understand the realistic potential of these technologies (and practices),’ warned Dr Koponen. ‘We don’t want to create negative emissions by creating other unwanted impacts somewhere else.’

Dr Koponen and her colleagues are assessing the actual potential of different negative emission solutions in Europe and elsewhere, through the NEGEM project. They will consider the related economic, environmental and social aspects, to better understand what regulatory frameworks will be needed to roll out these solutions.

Some solutions may simply not be cost-effective, while others could impact the environment by using up too much water, energy or land. There are social issues to consider, too: for instance, will residents accept having CO2 stored in the ground near their homes? ‘This combination [of disciplines] is what is special in this project,’ said Dr Koponen.

So far, the NEGEM team has been using models to investigate how different negative emission solutions affect the environment and their cost over their entire life cycle. They’ve looked at a wide range of environmental indicators, such as the depletion of natural resources like water or raw materials and land-use change, alongside the climate change impacts that would be avoided.

In recent work, they investigated land-based strategies, as opposed to those used in the ocean or in industrial contexts. The team found that in the cases studied, planting trees was the most efficient way to remove CO2 from the atmosphere. However, land availability is an issue here: land is needed for various purposes such as growing food or producing wood to make products. Moreover, forests are vulnerable to disturbances like fires and pests, which would affect how long the CO2 can be stored there. New types of policies will be needed to tackle these issues, which is another aspect that the project is currently investigating.

NEGEM’s results should help inform EU policies to keep global warming to well below 2oC, as outlined in the 2015 Paris Agreement. According to Dr Koponen, their results should provide a more realistic assessment of the potential of different negative emission technologies and practices, which should help the EU set achievable targets.

Greenhouse gas emissions and land-based strategies to remove them have been included in national inventories for 30 years.  The enhancement of such sinks can also be included as a mitigation measure in the Nationally Determined Contributions (NDCs) under the Paris Agreement.

In this context, researchers with the LANDMARC project are trying to grasp the actual potential of activities that will increase greenhouse gas removals or reduce emissions from land. Eise Spijker, a researcher at the JIN Climate and Sustainability knowledge centre in Groningen, Netherlands and his colleagues are exploring how these solutions, many of which are nature-based, could be applied in agricultural or forestry settings.

‘The tricky thing, especially with nature-based options, is the challenge of permanent storage of carbon,’ said Spijker. ‘Once you submit carbon to ecosystems, they remain in the natural carbon cycle to a certain degree, but you don’t really know how much is stored and for how long.’

Observation from above and below

Monitoring techniques can help assess how much CO2 could be captured from the atmosphere and stored in the soil and plants. One of the project goals is therefore to incorporate different types of observations into models, to more realistically portray the potential of emission-removing solutions.

‘We use data from a combination of Earth observation techniques, including remote sensing (such as satellites) and also below-ground measurements (such as soil sampling) to measure the amount of carbon stored,’ said project coordinator Dr Jenny Lieu, an assistant professor at Delft University of Technology in the Netherlands.

LANDMARC is running 16 case studies across the world, where different activities like agroforestry in Spain and more sustainable rice production in Nepal will be monitored, to see how well they sequester carbon. The team plans to experiment with different combinations of monitoring techniques. Satellite data will be collected and analysed with algorithms they have developed, for example.

A tool to measure net climate impact on the ground

One of the outcomes of the project will be a carbon map tool, potentially also available as a phone app, that can quantify and monitor the impact of different land-based carbon removal activities on greenhouse gas emissions. It will use observations both from above, using satellites and drones, and on the ground, like soil sampling.

‘We’re aiming to combine several specialised Earth observation tools in a low-cost and user-friendly monitoring tool that considers a wide range of end users,’ said Dr Lieu. This means governments or land-use managers, for instance, will be able to enter site-specific data about the soil and vegetation on their land and get a reliable estimate of its net climate impact.

The potential of negative emission activities to slow down global warming also depends on whether they will be ready for use on an industrial scale in the next few decades. Many climate scenarios rely on this premise, but there are concerns over how feasible this will be. Technological solutions are still in their early stages at the moment, said Dr Bas van Ruijven, a researcher and group leader at the International Institute for Applied Systems Analysis (IIASA) in Laxenburg, Austria.

Dr van Ruijven and his colleagues are therefore assessing feasibility concerns for different climate scenarios, as part of the ENGAGE project. For example, they will assess how greenhouse gas removal activities are expected to contribute. The team will also develop new climate mitigation scenarios. ‘Negative emission technologies play a large role in that part of the project,’ stressed Dr van Ruijven.

So far, the team has been comparing two different decarbonisation scenarios. The first aims to limit warming to below 2oC by 2100. In this case, the temperature target can be overshot in the first half of the century, but negative emissions would be essential later on to bring global temperatures back down.

In the second scenario, the goal is simply not to exceed the 2oC warming, which is more in line with the Paris Agreement. Carbon removal activities would play a role in reducing emissions more quickly in the short term. In the long term, they would mostly be needed to counteract remaining emissions from certain sectors such as aviation or industry, where it is hard to completely eliminate emissions.

Sooner is better: putting off action will have repercussions

In recent work, the team used models to investigate how each of these scenarios would impact land use in the future to better understand social and environmental consequences. They took into account several different factors: economic projections and population growth, along with their subsequent impact on energy use and greenhouse gas emissions.

Dr van Ruijven and his colleagues found that mitigation scenarios that focused on end-of-century scenarios, where temperatures were allowed to temporarily overshoot 2oC warming,  had major consequences for land use after 2050. Shortages in food and irrigation water would be likely, as would higher food prices. ‘It’s a big call for more near-term efforts to bring emissions down faster,’ said Dr van Ruijven.  ‘Otherwise you force future generations to use negative emission technologies at a larger scale.’

Additional policies will also be needed during the transition to net zero emissions to compensate for its social impact. Food subsidies may be necessary to help people on lower incomes, for example, if food prices rise.

‘Our work shows that deploying new technologies for CO2 removal will, however, be indispensable to achieve the goals of the Paris Agreement in both short- and long-term approaches, noted Dr van Ruijven. ‘Hopefully, our research will inspire governments to stimulate their development.’