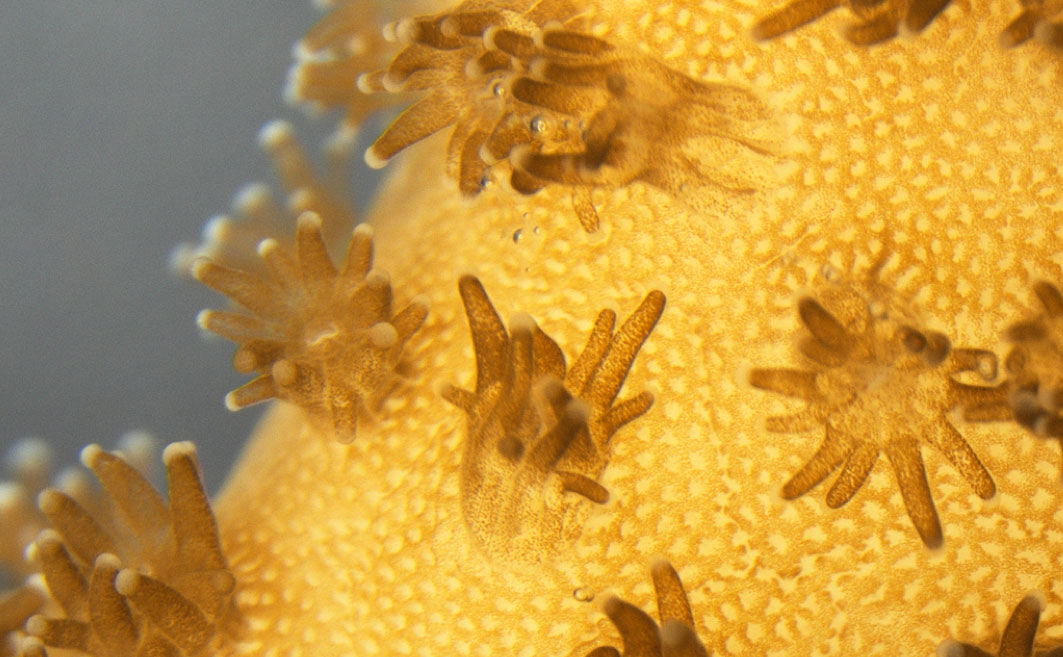 Using light as an energy source, photosynthetic microalgae can be used to produce products like biofuels and cosmetics. But algae grown in a reactor block out the light on which they feed. New reactor designs could solve this problem and help the industry move forward.

Photosynthetic algae – tiny algae that use light to grow – offer an alternative to traditional fossil fuels. The small amount of lipids each cell produces can be harvested to produce biofuel for the transport industry.

Currently, there are two main designs to grow the algae: either through an outdoor artificial ‘pond’ or through a closed ‘photobioreactor’ – usually a transparent tube or bag.

Both have their problems. Although an open pond can be big enough for industrial production, it is difficult to control the pond’s temperature and the water can easily get infected with unwanted bacteria.

An indoor photobioreactor reduces both these risks, but few designs can be used for industrial production. In both types, the photosynthetic microalgae begin to block out the light as they grow.

‘Often what you have is too much light at the surface of the culture and too little light as you go deeper,’ said Dr Daniel Wangpraseurt, a marine scientist at Cambridge University in the UK, who is researching how best to grow microalgae.

Efficiently producing biofuels starts by finding the best way possible to grow microalgae. ‘What we would like to do is to use a strain that produces lots of lipids that can then be converted to biodiesel,’ said Dr Wangpraseurt. The better a strain can grow in a bioreactor, the larger the yield of biofuel.

‘Often what you have is too much light at the surface of the culture and too little light as you go deeper.’

Dr Wangpraseurt and his BioMIC-FUEL project took inspiration from how microalgae grow on tropical coral reefs. By recreating coral structures, he and his team hoped to recreate the best conditions for biofuel production.

As Dr Wangpraseurt explains, these corals have a unique structure that allows photosynthesising algae to thrive in an environment with a lot of competition for space and light. For example, the coral skeleton is made from calcium carbonate, which allows the coral to scatter light in a way that it can reach dense microalgae growing on it.

The next step was to create a 3D printing technique that could replicate the shape of corals, including their unique light-scattering chemical structure. This involved working with bioengineers with expertise in ‘printing’ cells in artificial organ research.

Researchers investigating how to recreate liver tissue were able to advise Dr Wangpraseurt’s team on how to recreate fine structures and details found on the surface of corals. A ‘bio-ink’ loaded with nutrients and chemicals was designed to help the microalgae grow well within the 3D tissue construct.

‘There’s lots of different things that end up in this cocktail that we call bio-ink – one of the most time-consuming aspects was to tune this bio-ink to be beneficial for the growth of the algae,’ said Dr Wangpraseurt.

This allowed them to create artificial structures that had similar strength, softness, and light-scattering qualities as natural corals. After finding the right mix, Dr Wangpraseurt and colleagues were able to grow microalgae up to 100 times as dense as those found in natural corals.

Dr Wangpraseurt says that work is underway to optimise the technology and scale it up so that businesses can use it.

Right now, businesses looking for an indoor bioreactor still have few options – the technology still runs into problems such as controlling the light and nutrients in the reactor, and minimising contamination risk.

‘Companies in the past tried solving this issue and have come to some solutions, but not something at scale,’ says Yonatan Golan, the CEO of Brevel, a small company based in Israel developing a large-scale photobioreactor.

As Golan explains, adding lights into the reactor creates extra niches for unwanted bacteria to grow and contaminate the reactor. Extra cleaning elements can be installed in the reactor, though this then causes shadows within the bioreactor, reducing the amount of light for the microalgae.

Brevel’s bioreactor design uses patented lighting and cleaning techniques to illuminate the photobioreactor inside while reducing the risk of infection by bacteria. The new lighting techniques mean that light in the reactor can be both smaller and brighter, without heating up the bacterial mixture. Digital image analysis and online monitoring means that the Brevel photobioreactor is also more automated than other photobioreactors available to industry.

Their results are already promising. They were able to reduce the cost of growing photomicroalgae by 90% and produce yields 200 times higher than state-of-the-art outdoor photobioreactors.

The bioreactor has applications beyond biofuel. Salmon grown in fish farms do not have the pink colour seen in the wild. To compensate, salmon farmers add an artificial pigment called astaxanthin to feed that gives farmed salmon meat a pinkish hue.

As Golan explains, this synthetic pigment is made from petrochemicals, which researchers note is not approved to be directly consumed by people, though is safe to eat in farmed fish. This pigment constitutes 10% of the final price of salmon.

The scaled-up Brevel bioreactor can make this same pigment at the same price organically, and at the same price as the synthetic version. Organically made pigment is also proven to be safe to eat directly and is naturally higher in antioxidants. Its price is likely to fall as time goes on, Golan adds. The company is also looking at producing products for the nutrition and cosmetics industry.

‘We can actually make a profit from the high value (nutrition and cosmetics) products and be left with the biomass which contains proteins and lipids,’ he said. ‘These can be either for the protein market, or it’s possible to produce biofuel from them.’