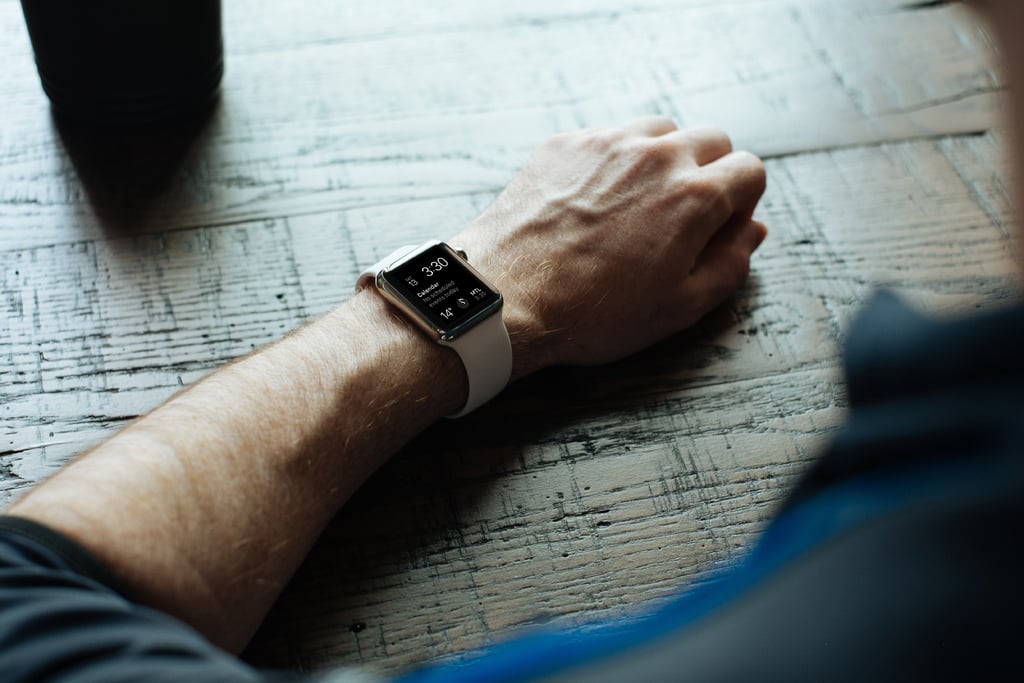 Thanks to rapid computing developments in the last decade and the miniaturisation of electronic components, people can, for example, track their movements and monitor their health in real time by wearing tiny computers. Researchers are now looking at how best to power these devices by turning to the user’s own body heat and working with garments, polka dots and know-how from the textile industry.

The wearable electronics market is expected to grow to €53bn by 2025, but it is dominated by one product – smartwatches. Outside of this, there are many products in ‘starting position’, said Dr Matthias Fahland of the Fraunhofer FEP in Germany. One of the field’s main obstacles is storage. ‘The question of where the energy is coming from, where the battery is, how long it will last, (storage) is the crucial question for everything.’

A project called ThermoTex is exploring the use of human body heat to power tiny devices. The thermoelectric effect has been known for almost 200 years, according to Professor Christian Müller of Chalmers University of Technology in Sweden. This effect allows heat energy to be converted into electrical energy when there is a temperature difference, such as the difference between a person’s skin and the outside temperature. Electrons move from the hotter part of a material to the cooler one, and this movement of charge generates an electric potential.

‘Heat gradients (differences) are an important power source because they are always there,’ he said.

For its fundamental track, the team tried to design polymers that had better thermoelectric properties than those currently available. One way to tune the thermoelectric effects of polymers, which are long repeating chains of molecules, is through doping. This process creates the electric charge required to generate electricity.

In 2020 the ThermoTex team published a paper in Nature Materials, showing that by combining polymers with a low ionisation energy – the energy required to shed an electron – and a dopant (a molecule added to the polymer) with a high electron affinity, it was possible to double the efficiency of doping.

‘I think it is very important to interact with the textile industry to use their methods.’

However, there are safety concerns around dopants, particularly when they are used in wearable electronics. ‘They can be toxic,’ Prof. Müller said. If they come into contact with your skin they may poison you, he adds.

The team has studied about 50 different dopants which they will investigate further in a large EU-funded project called HORATES beginning in 2021 to develop organic, or carbon-based, thermoelectric generators.

As part of their applied work, ThermoTex bought commercial conducting polymer formulations, which they used to coat silk. While these coatings are not as efficient as some of Prof. Müller’s lab-made ones, they allowed the project team to start making conducting fabrics and devices. The coated silk could power body-monitoring sensors for vitals, for example.

They stitched the dyed silk strands in long running lines through fabrics, and also embroidered them into small polka dots, which is important, Prof. Müller says, because when in ‘dot-form’ the silk is a conduit between the skin and the outside air. Students also wove these silk strands together in a weaving loom.

‘I think it is very important to interact with the textile industry to use their methods,’ he said. ‘It’s a well-established industry with low profit margins so you can’t come up with some fancy method that no one has.’

Meanwhile, Fraunhofer FEP’s Dr Fahland is also trying to offer the textile industry solutions that it can use in its garments. He is the project leader of Smart2Go, an 11-member project which aims to create a palm-sized autonomous energy supply platform for wearable electronics.

In terms of applications, Smart2Go is collaborating with industry partners on two different projects.

Smart2Go is working with a textile and garment manufacturer to integrate its platform with energy harvesting materials for safer workwear. This could include features such as lighting up when dark. It is also working with a sports and leisure wear company to make garments that can gather information about performance.

These solutions put many restrictions on the weight and flexibility of the materials, Dr Fahland says. Also, it must be built in such a way that a user can ‘plug in’ different energy harvesting technologies.

Smart2Go’s projects rely on sun energy and body heat, but others may include energy generated from movement, or kinetic energy, for example. Project colleagues at Tampere University in Finland are working on supercapacitors for the platform, and these will increase the electric current available to different applications broadening the platform’s possible uses.

However, these small energy harvesters can only scavenge so much energy from the environment. ThermoTex’s Prof. Müller laughs at the idea that the thermoelectric effect could one day be used to power a mobile phone.

Not only is the harvesting process very inefficient – he estimates that at most 1% of the heat energy can be harvested and get stored, and that is why they’re trying to develop new materials – it would make the wearer feel very cold as the device tries to take energy from their body.

For smaller applications such as sensors to monitor a person’s health, identification tags or safety garments, though, tiny devices that draw small amounts of energy from their surroundings could be the answer.

The biggest hurdle for wearable electronics may not be technical – although that has been a major impediment to their development and uptake so far. The ability of wearable devices to collect and store people’s private information, and the security concerns this poses, need to be ironed out for wearable electronics to grow further. ‘There are a lot of legal and data security issues that need to be taken quite seriously,’ said Dr Fahland.

In the meanwhile, he and others in the field are clearing the obstacles that they can and creating the technology that will pave the way for a future in which our clothing generates energy from our bodies and their environment.