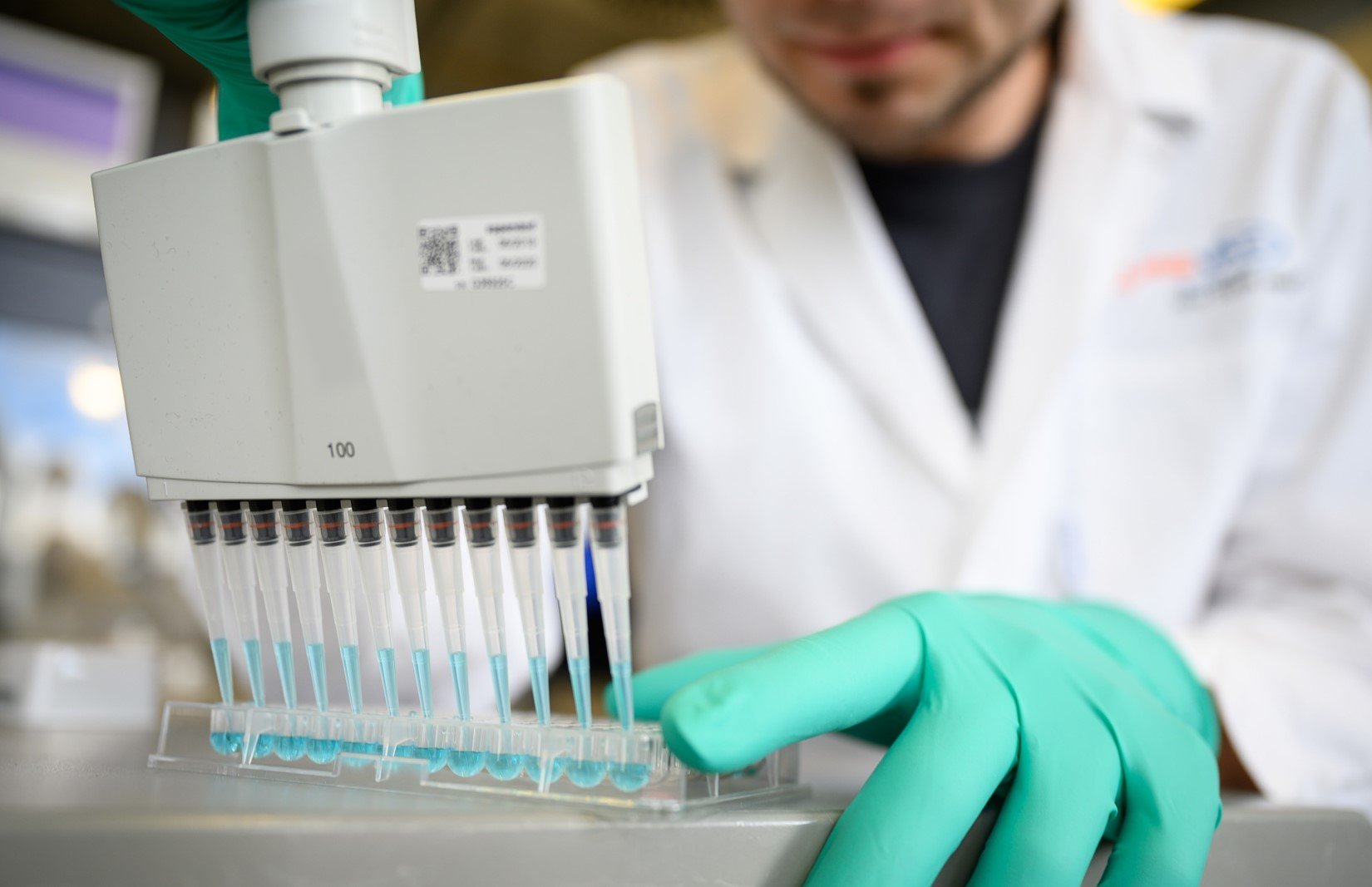 After nearly two decades of working in vaccine development, seeing the subject of her work – coronavirus – in the news every single day is a first for her.

‘It’s very exciting and very motivational, but there is a lot of pressure,’ she said.

Dr Oostvogels is steering the human trials of a coronavirus vaccine for German biopharmaceutical firm CureVac, where she is head of their infectious diseases programme and leads its development of vaccines and therapies.

Back in January, after returning from Christmas holidays, CureVac’s infectious diseases team started to discuss the outbreak in Wuhan and whether they could work on a vaccine.

‘We had to convince our management that this was a project that was worth starting work on,’ said Dr Oostvogels, adding that they knew it wasn’t another case of MERS or SARS where people began developing vaccines and then the viruses disappeared. ‘It would, of course, have been much nicer if it would have happened this time too, but it didn’t.’

Once the SARS-CoV-2 genome sequence was published in early January, CureVac scientists started work on figuring out the best way to make a vaccine to bring forward into clinical trials, which test new vaccines and drugs in people.

They had to develop and manufacture the vaccine candidate, called CVnCoV, test it in animals and get the green light from regulatory authorities and ethics committees to begin injecting in humans, which began in mid-June.

This is where Dr Oostvogels’ clinical development team came in. Their work involves ‘putting in place and executing the clinical trials’. It means designing the trials in humans, interpreting all the trial ‘content’, which includes what to test in subjects, who to test and who to exclude and interpreting results, and making decisions based on those. 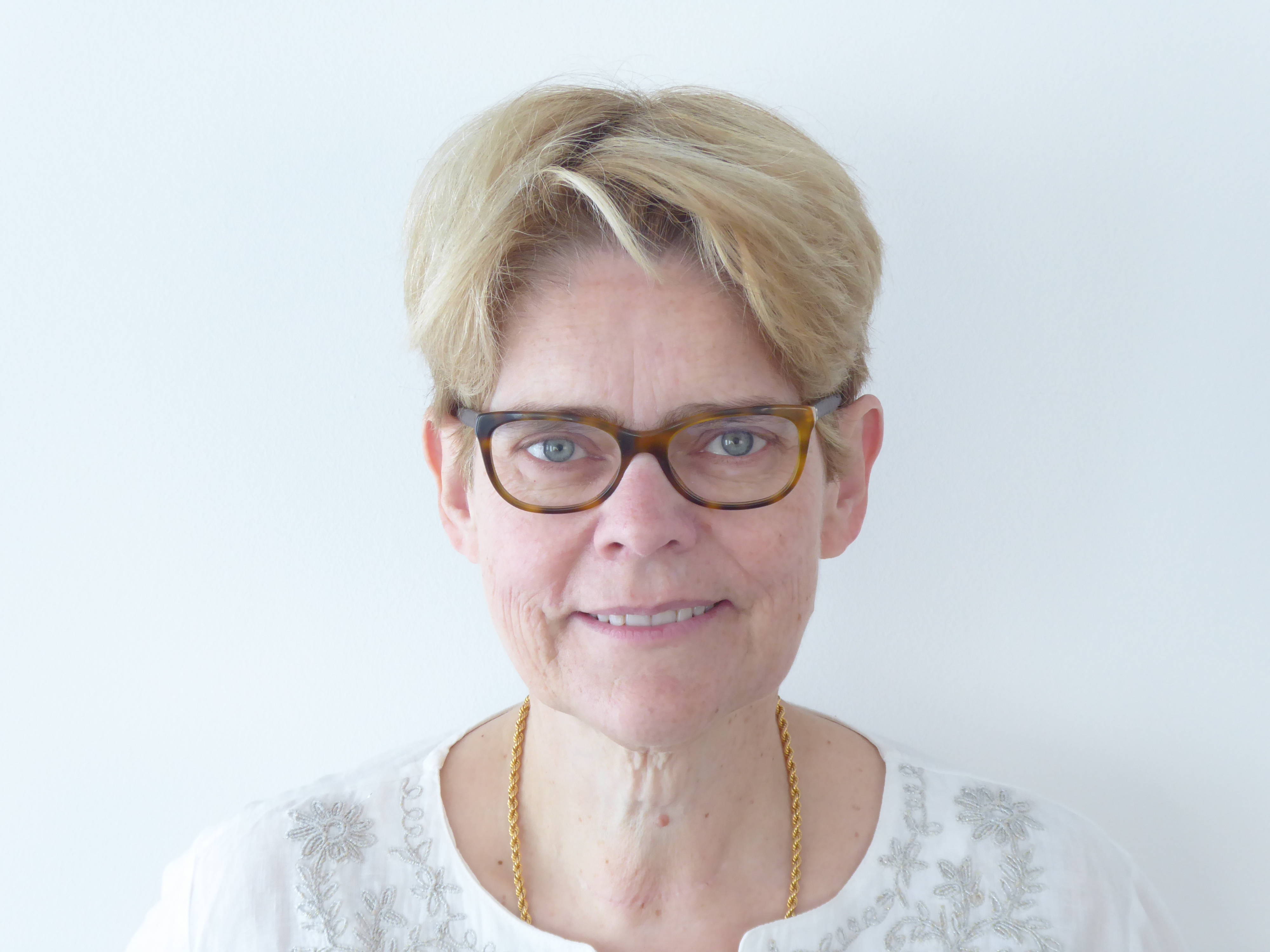 CureVac’s vaccine is based on messenger RNA, or mRNA, technology, which is relatively new – only about 20 years old. There are currently six such vaccines for Covid-19 in human trials around the world.

mRNA translates DNA, the genetic code of living structures, into protein, the building block of most living structures, explains Dr Oostvogels. An mRNA vaccine against Covid-19 works by instructing the body’s cells to produce a specific coronavirus protein (not the virus itself), which triggers an immune system response that the body can then repeat if it encounters the real virus.

No vaccine using this technology has yet been proven safe and effective to be licensed for human use.

The trials follow what Dr Oostvogels calls the ‘bible’ – the study protocol produced by her team that describes everything about the trial, from its procedures to how the data will be analysed. CureVac also produced the investigator’s brochure that lists detailed information on the vaccine, including manufacturing process, results of previous tests and potential risks. This guides the investigators carrying out the trials, but also allows ethics committees and regulatory authorities to assess the vaccine and decide whether to allow the study to take place.

CureVac is carrying out its Phase 1 trial – which tests for side effects and to find the best dose to bring forward – in the German cities of Tübingen, where the company is based, Munich and Hanover, and in Ghent, Belgium. Where usually they’d work with participants aged 18-40, since the disease burden affects older people their participants go up to 60 years of age.

When CureVac first announced their trials, they were flooded with emails from people wanting to participate, says Dr Oostvogels. ‘That was really amazing.’

That’s not how they got participants. Investigators at four university hospitals with recognised vaccination centres run the trials to evaluate CureVac’s vaccine. These have their own databases of volunteers and are the only ones who can include subjects in the clinical trial. Later trials may include private medical practices.

The people involved had to be very healthy and were screened for underlying conditions. For this trial, smokers or people with a certain smoking history were excluded due to the lung complications of Covid-19. Pregnant women were too. In total, more than 200 people received 2 doses of the vaccine candidate a month apart, with escalating dose levels, staggered over time.

Once vaccinated at a centre, the recruits stayed four hours for observation, came back the next day and then received a phone call the following day. ‘That is only just the beginning. This is intense,’ said Dr Oostvogels.

Participants are contacted 14 times, including at least 10 visits, and are followed for about one year after the second shot.

‘People are dying as we speak because of this disease, so if you are slow or messing up things because you don’t work well enough it has … an immediate impact.’

One of the biggest questions is how high the dose should be.

Dr Oostvogels says it’s not possible to compare dosage with other types of vaccine, such as a subunit vaccine like the influenza shot, which uses part of a pathogen, or an attenuated vaccine such as varicella (for chickenpox) which uses a weakened virus, as they work in a different way. It’s also hard to compare with other mRNA candidates since none have been licensed.

The starting dose defined by Dr Oostvogels’ team is a level based on CureVac’s previous work on a rabies vaccine, where two shots of mRNA at 1 or 2 micrograms safely induced neutralising antibodies. ‘We knew from the rabies study that we could start relatively low because our platform, the way that we make the messenger RNA, is very potent.’

The investigators start with low doses – 2 micrograms – and then build it up as they gather data and build a database. They will need to inject a certain number of subjects at different dose levels to compare for statistical purposes. And they will need to determine that the dose level elicits neutralising antibodies in a sufficient number or percentage of the subjects to move to the next phase of the clinical development, Dr Oostvogels says.

Her view on the Phase 1 trial is: ‘So far, so good,’ although she won’t reveal specific results. ‘I’m excited and eager to go ahead,’ she said. The first results will be published later this year.

In the near future, based on internal and external assessment of early Phase 1 results, CureVac will start Phase 2a trials to test safety and confirm dosage in Panama and Peru with about 700 participants. They will raise the age of subjects beyond 60 years of age and increase racial diversity by using the study to determine whether there are differences between the European and Latin American populations.

‘The regulatory authorities will be interested in seeing that you have tested in a diverse population,’ said Dr Oostvogels.

Around November, CureVac aims to kick off the combined Phase 2b/3 study for safety and efficacy, with the first part involving vaccinating several thousands of people in Europe, as well as in several countries in Latin America.

‘(We need) to collect cases (to assess vaccine efficacy) and for that you need to be in countries where there are sufficient cases … And that’s in certain countries in Latin America for the moment,’ she said.

If all goes well, they will move up to full recruitment of 30,000 subjects.

Recently, trials of a separate vaccine from Oxford University resumed after being halted after a participant fell ill. While researchers call for greater transparency in trials and experts say the pause was also a sign of safety rigour, Dr Oostvogels says halts happen all the time but usually don’t make the news. ‘(Now) everybody is looking at us,’ she said.

She thinks it’s important to keep people in the loop of trials as she says there’s perception and criticism that research is advancing too quickly and safety is not being taken into account.

‘I think what is very important is that the public sees that if something like this happens, the study stops, the assessment is done in a decent way,’ she said.

CureVac CEO Franz-Werner Haas has said their vaccine could be available by mid-2021 at a cost of €10 to €15 per dose. The CureVac vaccine candidate currently requires being frozen for storage and transport but the company is aiming for a final vaccine that can be stored at the standard temperature of 2 to 8°C. Dr Oostvogels says this is less cumbersome as freezers are not always available and are more costly, and the vaccine would not require thawing before injection.

She says the work is exciting but stressful given the volume of work and high expectations. There is little room for mistakes or delays. ‘People are dying as we speak because of this disease, so if you are slow or messing up things because you don’t work well enough it has … an immediate impact,’ she said.

It also means that holidays are scarce because of the risk of quarantine. ‘With the current workload, I cannot permit myself to not be able to go to the office.’

For her, the optimal outcome is a vaccine that can protect anyone who wants to be protected – in particular, she thinks of the vulnerable members of our societies, like her mother who is in her 80s and lives on her own.

‘Fragile people that for the moment don’t have a choice, because they don’t have the vaccine, have now to stay in their homes, far away from everybody, because the outside world is too dangerous for them.’ 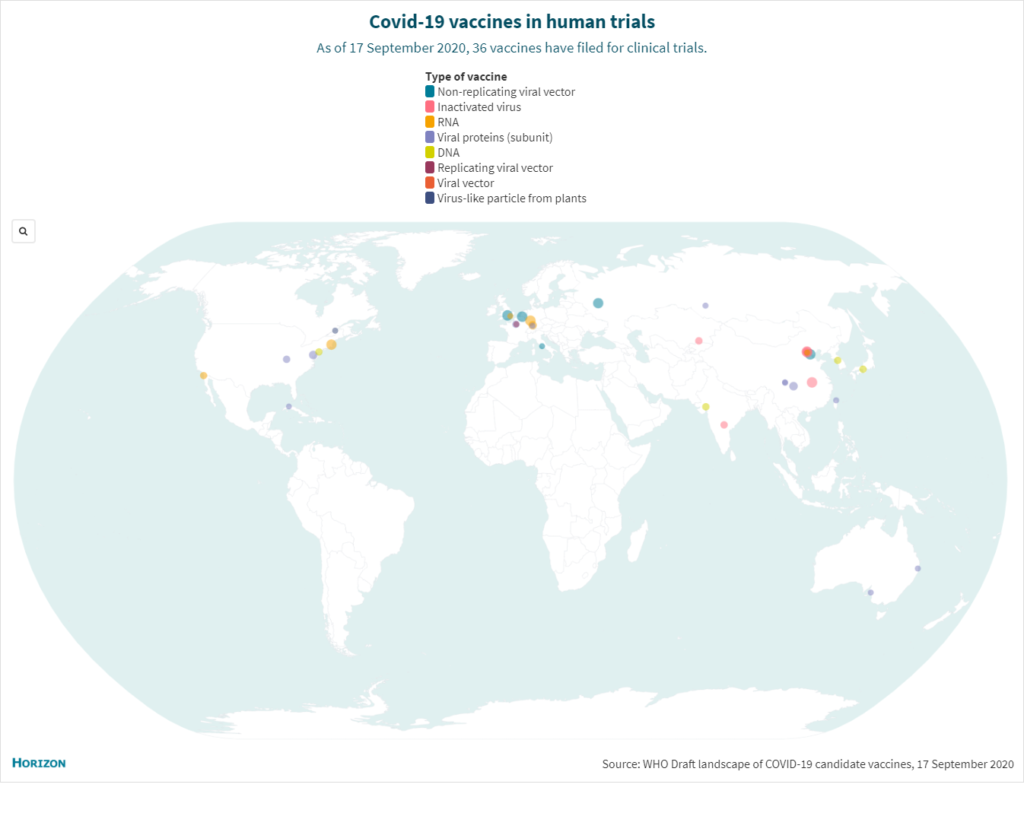 In July 2020, the European Investment Bank and the European Commission provided CureVac with €75 million in financing for the development and large-scale production of vaccines, including CureVac’s vaccine candidate against SARS-CoV-2.