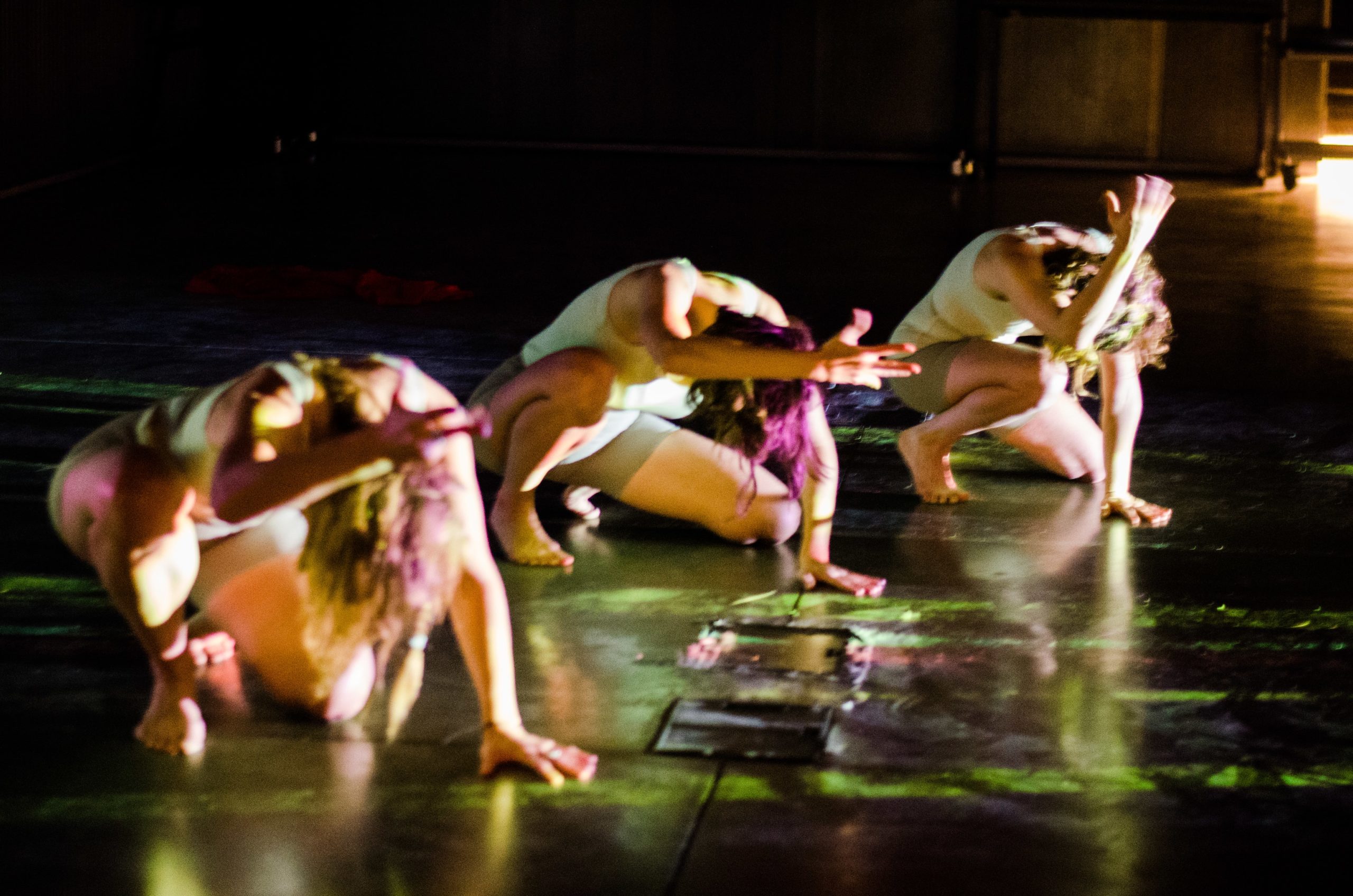 Particle physicist Professor Kostas Nikolopoulos, at the University of Birmingham, UK, who was part of the team who discovered the Higgs boson, tells Horizon why he worked on a dance about neutrinos and the similarities between the creative process in science and the arts.

The idea to do a dance performance about neutrino physics happened through serendipity. It was October 2015, and it was soon after the announcement of the Nobel Prize in physics (to Takaaki Kajita and Arthur B. McDonald for the discovery of neutrino oscillations, which shows that these sub-atomic particles have mass). I knew Mairi (Mairi Pardalaki, the choreographer) socially – we were out and at some point we were discussing the Nobel Prize.

Neutrinos are very, very special particles. They are elusive, they are mysterious, there is so much we don’t know about them. And in fact, they have this intriguing property that they change from one type to another as they travel.

That was a big (scientific) problem because, initially, we were trying to count the neutrinos arriving on the Earth and we were finding much fewer than those we expected to be produced in the sun. The answer was that these neutrinos were changing type. Half of the Nobel Prize went to the experiment that was sensitive to all three neutrino types and demonstrated that indeed, what we measure on Earth, when we count all the types, accounts for what we expect to be produced in the sun.

Mairi was intrigued by this and then I thought we could try collaborating on something.

The Neutrino Passoire essentially means the ‘colander of neutrinos’. The beginning (of the dance) shows that neutrinos originate in the sun and then travel to the Earth. Neutrinos pass through our planet undisturbed, as if the Earth is not there. Similarly, neutrinos go through us all the time, without us realising. This gave Mairi the idea that the human body is not a fortress, but it is like a colander.

Working with artists is very interesting because they see things in a very different way. Mairi started looking at it from a social point of view – the notion of borders, what it means to limit people’s movement. It started touching on questions of what it means to keep people outside, what means in and what means out. So, starting with neutrinos, she took it somewhere else, which actually was a very interesting process.

‘What we call the creative process in art is just what we call research in science.’

This is a collaboration of several years. We presented the first version in spring 2016. But what I think she considers now the complete version was only shown a few months ago, in November 2019. So it has been a lengthy process.

I am a particle physicist and this dance performance is part of my broader educational and public engagement work. We also developed workshops for schools, using dance as a way to introduce students to particle physics. So, basically, we use fluffy toys (shaped like different particles) to discuss particles. (The children) create a small dance move expressing something about the particle, so maybe inspired by its name, or expressing some of its properties – that it’s heavy or not, that it’s fast or not and so on. And then the dancer puts all these movements together and makes one choreography, which actually is quite nice. I was very impressed by how they could associate the nature of the particle with the movement.

What inspires me in my work is that I like to understand things. It’s a continuous effort of answering day-to-day smaller questions to answer the big ones. My overarching research question is that I’m trying to understand the origin of mass. For most elementary particles it is related to the Higgs boson, at least as far as we know.

I was privileged, at the time of the discovery (of the Higgs boson, in 2012), to be coordinating one of the main analysis teams that was looking for the Higgs boson. It was really exciting. In a sense, my role (as a member of a scientific collaboration of about 3,000 physicists), was rather small, (but) I think, as an experiment, we had this feeling that we were doing something important and the world was looking at us.

(Finding the Higgs boson) means that our calculations (for the Standard Model of particle physics) that included the Higgs boson even before we found it are justified. It was the last missing piece for what we knew already performed quite well. But it is by no means the end. We have very fundamental questions about what mass is, for example, and how mass is generated. The fact that we found the Higgs boson is a bit unhelpful in the sense that we are still stuck with some of the same problems. Had we found something completely new, probably it could have given us some hint of how to go about solving these other problems.

I think that there are quite a few points of contact between the creative process in art and (the process of doing) particle physics. Both particle physicists and artists try to make something that’s invisible, visible. In physics, we try to visualise and understand how particles behave and, in art, it’s conveying ideas, feelings and so on. Then the process is also similar in the sense that, in both science and art, you have the eureka moments of inspiration. And then the way you develop and iterate in the arts is very similar to the way you work in science. You prepare something, revise it and then you think about it. And then even at the end, when you have something worked out, you start discussing with other artists and they say: ‘Why you did it like this?’ or: ‘Couldn’t you do that?’.

What we call the creative process in art is just what we call research in science.

As told to Joanna Roberts. The interview has been edited and condensed.

Prof. Nikolopoulos is funded by the EU’s European Research Council and in July was awarded an ERC Public Engagement with Research award for scientists that inspire the public with their research.