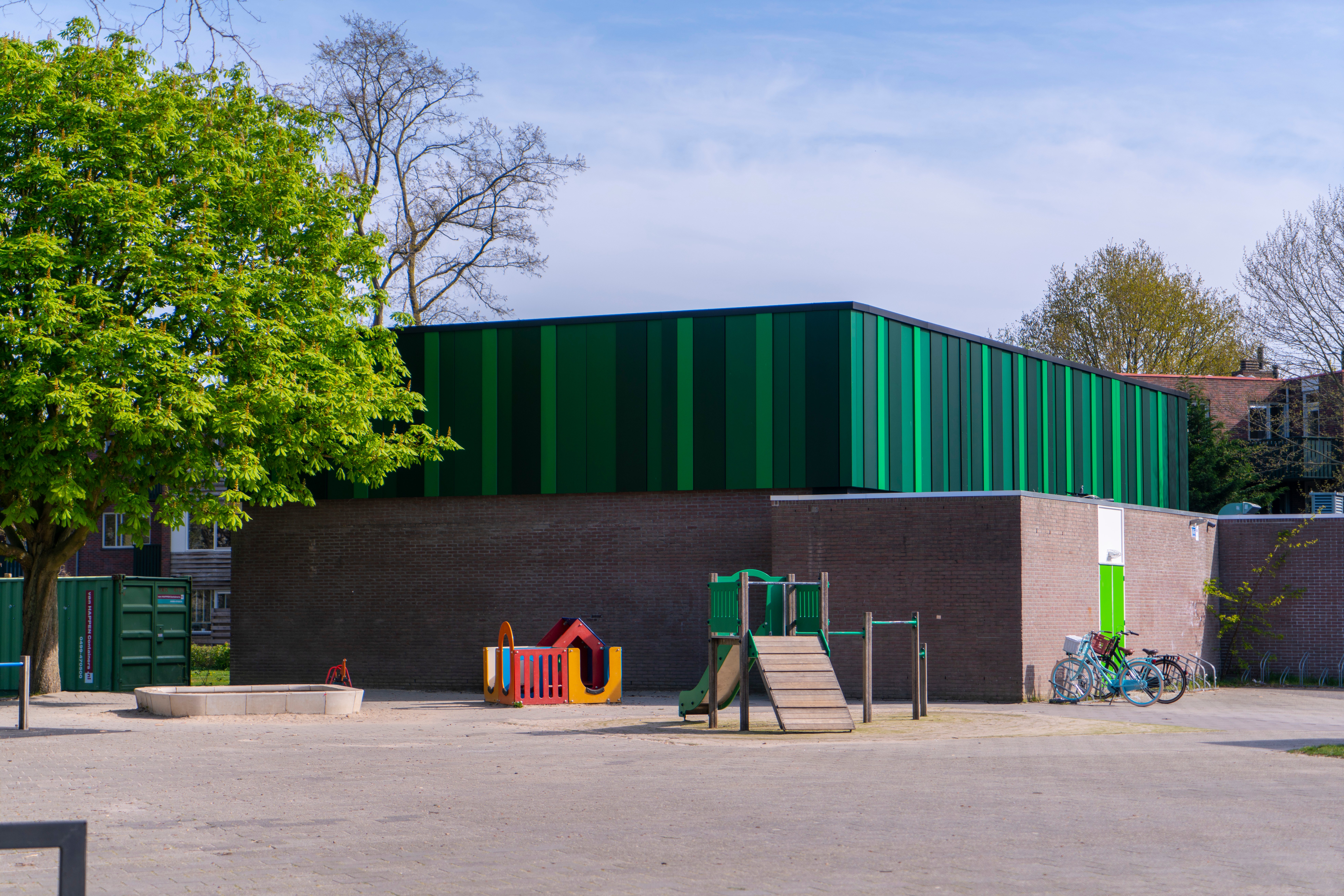 Building façades and pavements in Dutch and Italian cities are being turned into smart, energy-harvesting surfaces and equipped with sensors to power, heat and cool spaces and even monitor roads.

Europeans have become used to seeing solar panels on the roofs of buildings. But there are plenty of other man-made surfaces in our cities and towns that could be used to harvest energy, including building surfaces.

‘In Europe there is a similar amount of square metres of building surfaces available as roof space,’ said Dr Bart Erich at the Netherlands Organisation for Applied Scientific Research. He leads a project called ENVISION, which investigates technologies to harvest energy from building surfaces.

The project team estimates that there are some 60 billion square metres of building façade surface in Europe – prime real estate for achieving Europe’s goal of an energy-neutral built environment in 2050.

Companies and researchers with the project set themselves the challenge of making apartments energy positive, which means that buildings generate more energy than they use. The idea is to integrate four new technologies into building façades to harvest heat or electricity.

One technology is photovoltaic windows which harvest electricity. They have stripe-like features in the glass, making them suitable for staircases or windows where you want light to come in, but complete transparency isn’t necessary.

Another approach uses special paint that absorbs 40%-98% of sunlight, depending on the colour. Painted panels are then attached to special heat pumps. ‘(These) can generate heat or hot water,’ said Dr Erich.

The system also keeps the panels at a fairly stable temperature even during hot summer days, making it efficient at collecting heat. This technology has been trialed at a school gym hall in Almere, in the Netherlands, where it was used for heating the gym and for hot water.

There are also panels of coloured glass with heat harvesting technologies. These can be used decoratively on building façades.

The fourth technology makes use of special ventilated windows to cool down a building in the summer. ‘The glass is transparent and it harvests the near infrared radiation (from sunlight),’ said Dr Erich.

By moving air through channels inside the glass the heat is removed. It cools because, like a window blind, the glass filters out energy from sunlight. Oftentimes, much light is reflected outside, contributing to the heating up of cities and boosting demand for air conditioning.

Many of us see everyday surfaces as something which should simply be hardwearing. Professor Cesare Sangiorgi, materials engineer at the University of Bologna in Italy, believes that we should expect more from these surfaces and that we can create a new kind of urban environment with smarter surfaces. ‘We are looking to create more liveable urban spaces and surfaces,’ said Prof. Sangiorgi, who leads a project called SaferUp.

The project supports early career scientists to investigate how to improve the pavements and roads that we cycle, drive, and walk on. Most pavements contain no technologies and are similar to what has been used for centuries, but European scientists aim to revolutionise this situation.

In the UK, researchers at Lancaster University, including one at SaferUp, are making smart roads by putting electromechanical devices in them. When squished by traffic, these turn mechanical energy into electricity. Under normal traffic conditions, this could generate enough energy along a 1 kilometre stretch to light up around 2,000 street lamps or power sensors that monitor traffic volumes. Field tests are planned for 2021.

‘In Europe there is a similar amount of square metres of building surfaces available as roof space.’

Scientists at the University of Perugia in Italy, meanwhile, are devising smart sensors in cement that can be placed in roads or bridges. ‘The little particles change in their resistance to electric current when bent or deformed by the passage of (a) vehicle,’ said Prof. Sangiorgi. This is called the piezoelectric effect – it happens when mechanical strain is placed on certain materials, such as ceramics.

‘You need some pieces of electronics, but the material itself could then detect the weight, or how fast or how many vehicles pass over it and report the condition of the material (that makes up a bridge),’ said Prof. Sangiorgi. In the future, this information could be downloaded onto the phone or laptop of a safety engineer during road or bridge inspections. This could prevent catastrophic failures, such as the motorway bridge collapse in Genoa, Italy, in April 2018, by better monitoring of wear and tear of such structures.

Futuristic pavements are also being designed to better handle heat. Today, many cities suffer from higher temperatures during summer than the surrounding countryside as buildings and pavements release heat from sunlight during the night.

This heat island effect causes more illness and death, especially when heat waves strike. Scientists at the University of Perugia are developing lighter coloured surfaces that absorb far less heat than black asphalt. This takes advantage of phosphorescent materials, which can store and then emit light. The special materials glow either blue or yellow even when mixed with concrete. The temperature of this glowing pavement is lower than regular city surfaces.

The glow from the pavement lasts for one or two hours after sunset, as it releases energy from sunlight, says Dr Anna Laura Pisello, a materials scientist at the University of Perugia in Italy.  ‘This can save energy on street lighting,’ she said. Testing the mix on Italian pavements began last year on the University of Perugia’s campus and is expected to be used in the city later this year.

The surface of asphalt can peak at a scorching 70°C during summer heatwaves. Heating causes it to buckle and crack, increasing maintenance costs and shortening a surface’s lifespan. In Germany, a scientist with SaferUp is working with others to develop a network of embedded pipes within pavements to take away heat. ‘The pipes can get energy from geothermal energy to heat up the pavement when there’s ice, or take groundwater to cool down a pavement when it is too hot,’ said Prof. Sangiorgi.

For the new façades, Dr Erich said that, normally, building fronts do not give money back to owners, but the coloured glass panels, for instance, should give a return on investment in 15 years. As with the pavement technologies, the first step is to build prototypes in the lab and then to test and showcase them in the real world. More demos of the energy-harvesting painted panels, transparent and coloured glass will be integrated into buildings in the near future to showcase future façades. The PV glass is being tested in a utility building in Austria, panels and ventilated windows in a building at the University of Genoa, and coloured heat collectors in apartments in the Netherlands.

In the near future, Europeans will walk on smarter pavements with sensors and electronics inside. If they look up, they may admire attractive building façades that are silently harvesting energy from sunlight while cooling the cities around them.