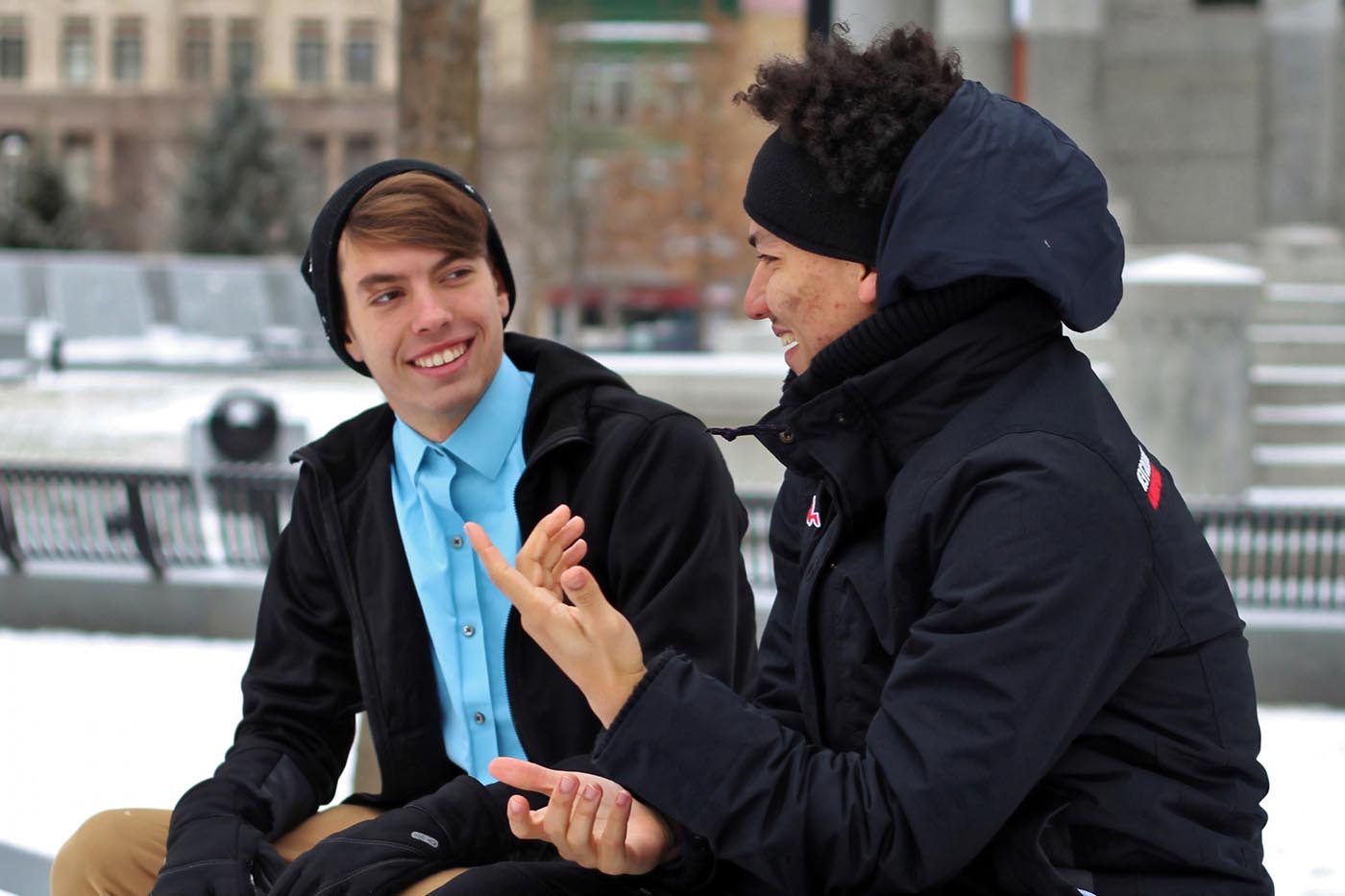 Europe’s minority languages have been squeezed by nation-building, urbanisation and the ‘lingua francas’ of the internet, according to Professor Anneli Sarhimaa, specialist in Northern European and Baltic languages and cultures at the University of Mainz, Germany. But one lesson she has learned from researching the fate of the Finnic language Karelian, spoken in Finland and north-western Russia, is that digital media can also help revitalise them.

How many minority languages are there in the world and in Europe?

‘There are maybe 6,000 or 7,000 languages spoken in the world and it is estimated that in a century at least a half of them will have died out. In Europe at the moment 79 indigenous regional and minority languages, spoken by in total 203 national minorities or linguistic groups, have been acknowledged in the European Charter of Regional and Minority Languages. But it’s quite difficult to measure simply because countries can choose what languages they include in international agreements. In Italy alone it is said that there are maybe 50 minority languages spoken – (but officially) these languages are considered dialects of Italian.’

Why do languages die out?

‘Because there is some stronger language that is spoken in the same area and whose speakers have the political prestige and the power to decide what should be spoken. This was one of the consequences of nation state-building in Europe since the late 19th century.

‘Processes like urbanisation and migration are also a threat for traditional ways of life which, at least in the past, used to go hand in hand with linguistic diversity.

‘Then of course there are the international lingua francas – most notably English, which is spreading everywhere.’

What is the point in safeguarding languages?

‘When a language is dying out, a whole world of traditions and concepts and ways of seeing the world dies with it. Languages are the immaterial richness of mankind. And languages are important for the speakers. It’s a human right for a person to speak, and transfer to the next generation, their own language.’

‘It’s a human right for a person to speak, and transfer to the next generation, their own language.’

Is the internet driving out minority languages?

‘The internet is an extremely important way of supporting the revitalisation of minority languages. New technology makes it possible for speakers of minority languages who live in diaspora, or live scattered over a vast geographical area, to communicate regardless limitations of space or time.

‘But one problem is that many minority languages have not been standardised, so the algorithms don’t even recognise the materials that have been written in a particular language and are available online – simply because people write it in different ways.

How do you preserve a language?

‘It has to do with the decisions of families about what language they want to pass to their children. This decision comes from the identity of the parents. The worst possible decision that parents can make is to leave it to the kid, saying: “When they grow older they can decide.” How can they decide if they never learned the minority language in the first place at all?

‘Then families have to be supported by society, of course, because it’s not enough that children hear it at home. They also have to have kindergarten and school teaching about the language and, in the best scenario, in the language. It’s also important that the language has some kind of domain of use outside the most intimate networks of relatives, such as in a religious community or within the dominant language mass media.’

Have you come across any resurgent minority languages in your region of central, eastern and northern Europe?

‘Not yet. One language that is close to my own heart is Karelian. It used to be spoken in the area that Finland ceded to the Soviet Union as a consequence of the Second World War. Finland evacuated the ceded area and everyone was given a new home in some other part of Finland.

‘It was bad for the language, among other things, because people moved very quickly to cities and so the traditional communities were then broken. Young people from the ceded areas did not choose to fall in love on the basis of joint language and cultural heritage: many got married to Finns and then the language of the new, young family usually was Finnish. And Karelian was never supported in Finland (by the government). It’s a very common story.’

As part of the ELDIA project, you developed a ’barometer’ for measuring the vitality of minority languages. What did that find about Karelian?

‘(It) measured the health of 12 Finno-Ugrian languages. Karelian in Finland was one of the three most endangered. Speakers use Karelian rarely – and predominantly with family members and some friends; people who know it do not transmit it to their children any longer. Although an autochthonous (indigenous) language in Finland, Karelian is less protected by legislation than new immigrant languages are. Karelian is not a part of the educational system at all.

‘The barometer showed that it is not enough to permit the use of a language or prohibit discrimination – language policy decisions must influence individual and social structures on a wide scale. Karelian should be supported in the education system more concretely. Information is also needed by healthcare personnel on how to face and act with elderly Karelians in institutional care who possibly only can speak Karelian.’

Is there any hope for Karelian?

‘I have known so many people who thought that they were the last speakers of Karelian in Finland because they did not know any other speakers. And what I find very nice now is that every week I get to know new people who speak fluent Karelian. This has a lot to do with online communities, different kinds of social media groups in which Karelian is used. So in that sense Karelian appears to me to be much stronger nowadays than it was 8 or 10 years ago. But I wouldn’t call it a success story yet because a lot needs to be done.’