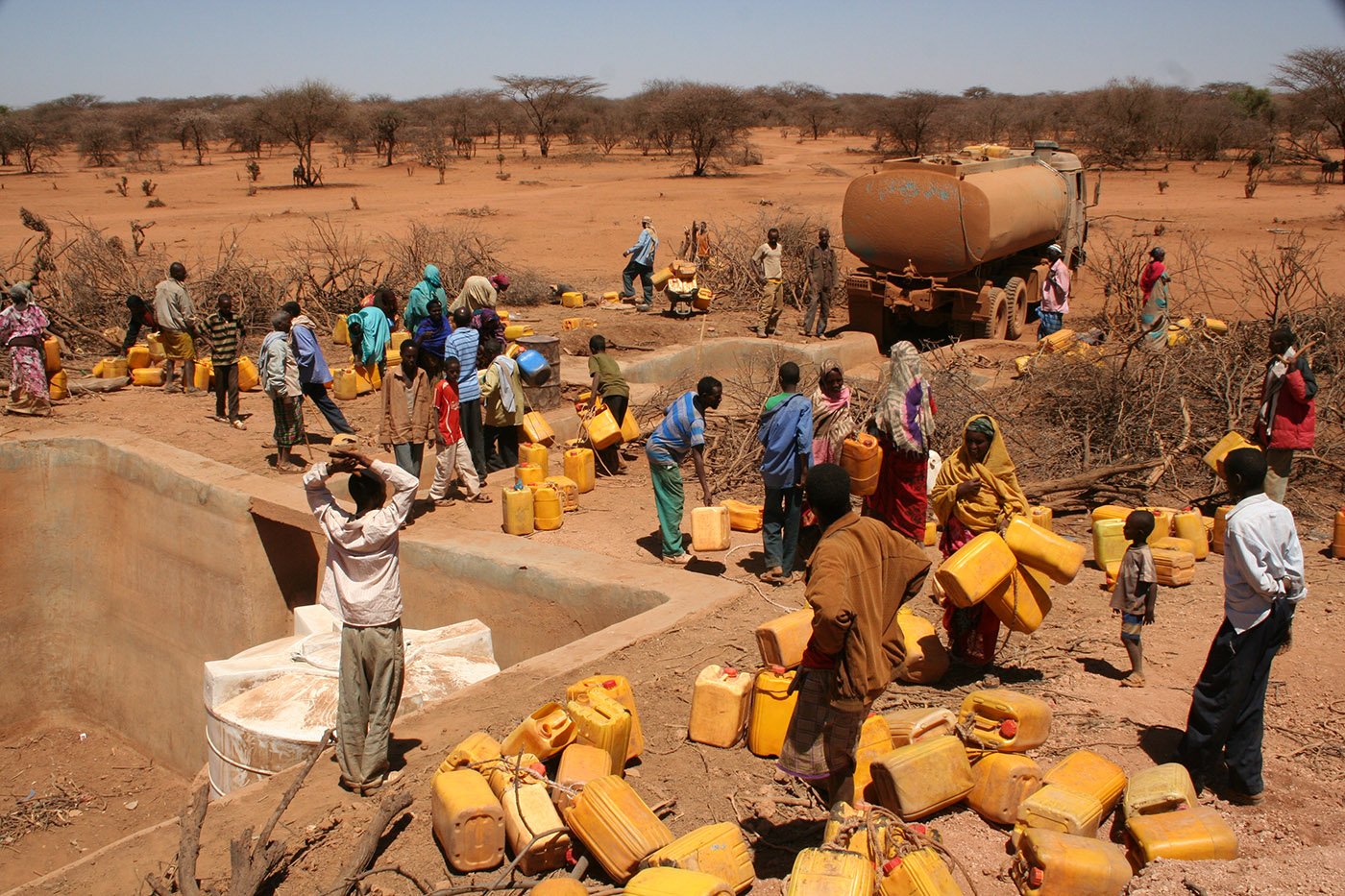 The most cost-effective climate change actions are also those that could help us achieve sustainable development goals (SDGs) such as ending poverty and hunger, according to Dr Keywan Riahi, director of the energy program of the International Institute Applied Systems Analysis (IIASA) in Austria, who says the first step should be to cut our energy demand.

He researches the link between climate and development and contributed to the IPCC assessment published on 8 October, which looked at the impact of global warming of a 1.5˚C increase and how to limit it to this level.

The IPCC report looks, among other things, at the impact of climate change on development. What do we know now that we didn’t before?

‘What the report really clarifies well is the big difference between 1.5 and 2 (degrees), in terms of impact. Half a degree really matters. In terms of the most vulnerable, we have much higher exposure and a lot more extreme events if we don’t manage to limit warming to 1.5 degrees. Before the report it was not so clear that there was such a big difference.’

How does the 1.5˚C warming scenario compare to 2˚C?

‘You have in a 1.5˚C world, on average hundreds of millions – the report mentions 490 million – (of) people less exposed to multisectoral extreme events than in a 2˚C world. Most of these people are in areas where people are most vulnerable because they are the poorest of the world. Which means they don’t have the capacity to adapt as well. And this is a very big number compared to what I think most people perceived (before the report).’

How do we tackle climate change and development at the same time?

‘The report emphasised a lot the multiple benefits of successfully and fundamentally changing energy demand. Trying to limit the size of the (energy) system is extremely important because it gives you more flexibility to choose different supply-side technologies. And it also helps to maximise synergies with other non-climate objectives like the (UN’s) sustainable development goals.

Is there an automatic link between climate change action and sustainable development or does it depend on the choices we make?

‘Any fundamental change to the energy system means that the sustainable development goals will be affected – sometimes there might be trade-offs, sometimes there might be synergies. But whether those synergies can be realised or whether trade-offs will appear at the end depends on the choices we make in terms of the mitigation portfolio (the actions we take). It also depends on the policy instruments and the local context.’

‘Think about possible negative impacts, for example, of mitigation actions for food, and competition over land for bioenergy. You can create competition over land, food prices might be impacted, but the trade-off is particularly for the very poor – whether they can afford food in the future. So you can think about complementary measures to climate policy which would shield the poor and would help you at the end to avoid those (other) trade-offs.

‘The (IPCC) report clearly shows that, particularly for lack of energy access and food and water security, those complementary measures would actually be much less costly compared to the real mitigation investments.’

You lead a project, CD-LINKS, looking into the link between climate and development. How did your work feed into the report?

‘Many of the conclusions about the linkages between climate policies and the SDGs are directly underpinned by the assessment done in CD-LINKS. Another important area was the assessment of investment. So, the assessment of how much investments are needed in the energy supply and energy demand – and the economic implications of those – are based on work by (David) McCollum, one of the synthesis papers of the CD-LINKS project.’

And what did you find?

‘We describe a range of $1.6 trillion to $3.8 trillion investment into the energy supply and around $0.7 to $1 trillion into energy demand, and then specify that this is means overall only 40% more investments than in a case without any climate policies.’

That’s at a global level but you’re also creating recommendations of how specific countries can meet both climate and sustainable development goals. Can you tell us about that?

‘There is a lot of work within CD-LINKS that looks into national pathways to achieve deep and rapid decarbonisation (by mid-century). (We are also) trying to understand (how) the contributions that have been made, bottom up, by different countries, can add up globally – and is what we see in terms of actions sufficient to achieve the long-term objectives of the Paris Agreement? And, if not, where can we ratchet up the effort most effectively in order to adjust the stringency of climate policies across different countries?

‘We have 75% of all emissions represented in the project. We have the representatives of national modelling teams of China, India, the US, Russia, Korea, Japan, Brazil and other countries, Europe of course, which are all trying to work together and to see where can we most effectively ratchet up action.’

Everyone needs to decarbonise, so where do the national differences lie?

‘First of all, the pace of the emissions reduction really differs across different countries because the development needs are also quite different. In Japan, for example, and the US and in Europe (which have stringent targets), they (should) achieve zero emissions before or around mid-century. In other countries, for example, like India, you might not reach zero emissions before the end of the century, simply because there is a lot of additional demand expected in those countries to provide decent living for everybody.

‘Different countries differ also a lot in terms of the emphasis and portfolio of mitigation measures. In countries like Brazil, for example, bioenergy and land-based options play a much bigger role than, for example, in China. This gives quite different mechanisms about how to upscale climate action.’

‘What all the countries have in common is this emphasis on efficiency – demand-side changes – including valuing services related to energy much more than we do at the moment.

‘It’s about electrification of the demand sectors – because electricity can be decarbonised quickly. And if you switch many of the services at household level, industry level but also at transport level, you can benefit from that rapid decarbonisation of electricity. Which is not possible for oil so easily, or for natural gas.’

What does all this mean for the person on the street?

‘I think what is really important to recognise is that every decision that we make in our daily lives has an impact in terms of its climate consequences. It is our choices as consumers, we are basically at the steering wheel of this transformation. That’s why I’m emphasising the demand-side measures.

‘The problem that I see is that people do not have the information to make educated choices which might be more climate-friendly. If you buy a product, you simply don’t know how greenhouse-gas-intensive it is. So we simply cannot make a choice because we do not have the information. And in other areas it is very often not possible to make the choices because the boundary conditions and infrastructure is not in place. If you are living in a city without a subway system, you are bound to take a car and make choices which are not climate friendly.

‘Policy makers and the governments need to incentivise that the public is making the right choices.’

There would be a significant difference in the effects of global warming if we could hold it to 1.5°C rather than 2°C above pre-industrial levels, according to a special report from the UN’s intergovernmental panel on climate change (IPCC), published on 8 October.

These include a sea level rise that is 10cm lower than if global warming were to reach 2°C above pre-industrial levels, a reduced risk of an ice-free Arctic Ocean and a lower impact on human health and wellbeing.

However, the report, which contains 6,000 scientific references and contributions from thousands of reviewers, said that to limit global warming in this way would require rapid, far-reaching and unprecedented changes in all aspects of society.

It is expected to form a key scientific input to the COP24 climate talks in Katowice, Poland, from 3 to 14 December, where governments review the Paris Agreement to tackle climate change.