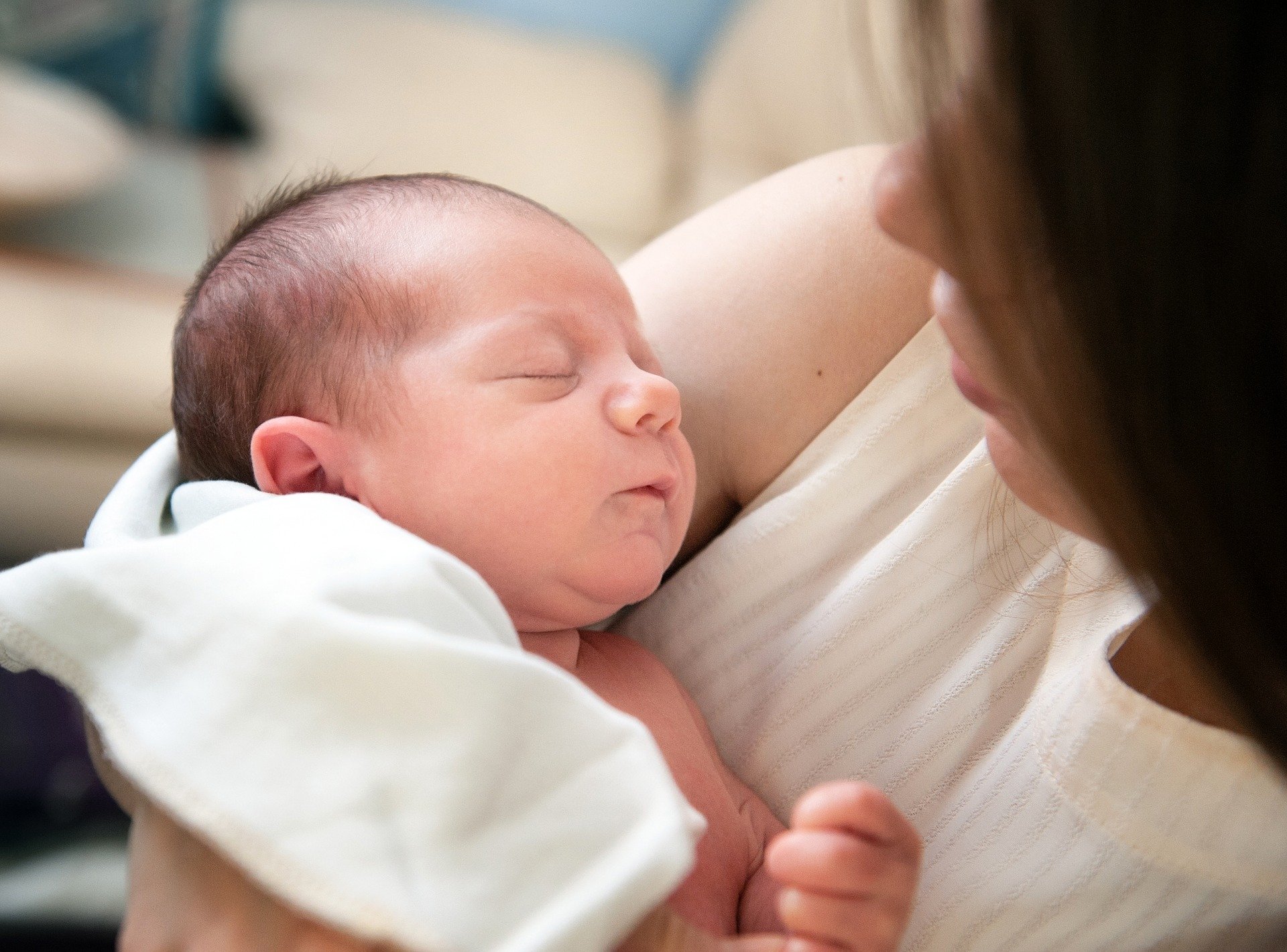 The bacteria and viruses a baby inherit from its mother play a crucial role in determining the child’s health in later life, according to research that could lead to new interventions to tackle conditions like obesity, allergies and colic.

If your mother was obese, there is a good chance you will be obese too. But why do obese mothers tend to raise obese children?

It could be because the children ate the same unhealthy diet as their mothers, or they inherited genes that predispose them to weight gain. But a third possibility is gaining favour in research circles that points the blame at the microorganisms a child inherits during birth, breastfeeding and early infancy.

‘Of course it is complicated and there are also some genetic factors to obesity,’ said Dr María Carmen Collado, a food scientist and microbiologist at the Instituto de Agroquímica y Tecnología de Alimentos (IATA-CSIC) in Valencia, Spain. ‘But I believe the gut microbiota of a newborn is a principal indicator of future health.’

It is widely accepted that the community of microbes living in our digestive tract, known as the microbiome, play a vital role in keeping us well. When the makeup of this community falls out of balance, we’re at greater risk of developing chronic diseases affecting our metabolism and overall health. A growing body of research also suggests that people who are obese also have altered gut microbiomes, although the exact relationship has still to be fully understood.

What researchers are now starting to appreciate is the importance of seeding a healthy gut microbiota at the very start of life. They suspect a window of opportunity to optimise the ecology of the intestine opens at birth and closes a few years later.

‘We know a mother’s microbiota transfers to the baby and colonises the gut of the neonate,’ said Dr Collado, who is the principal investigator on The Power of Maternal Microbes on Infant Health (MAMI) project. ‘What we need to understand better is the relevance of this transference and colonisation to the development of the baby’s immune system.’

Dr Collado is one of a growing number of scientists who believe early microbial colonisation is closely linked with a range of conditions in childhood and adult life, including obesity, allergies and inflammatory conditions. One possible explanation for this lies in how a person’s immune system takes shape in the first few years of life.

‘An imbalance in microbes during those early days of a life has an impact on the development of the immune system, which has a potential effect on health later in life,’ said Dr Collado. Research in this area is still in its infancy, but a recent study in Norway found a strong link between early-life gut microbiota and the weight of children aged 12.

‘An imbalance in microbes during those early days of a life has an impact on the development of the immune system, which has a potential effect on health later in life.’

Exactly how sterile the digestive tract of a baby is before birth is still debated by scientists, but after an infant emerges from the womb, trillions of microorganisms rush from mother to her child. Most of a baby’s gut microbiota is acquired during the birth and its first few days of life through breast feeding, although its diet after weaning and environmental factors contribute too. The diversity and stability of microbes increase until about the age of two-and-a-half, after which the microbiota resembles that of an adult.

As part of her project, Dr Collado is attempting to identify the key microbes transferred from mother to neonate at birth and during lactation through breastfeeding, and to shed light on their role in infant health programming. She is studying 200 mothers and their infants to investigate how prenatal factors like maternal diet, weight gain over pregnancy, mode of birth and breastfeeding practices shape the microbial colonisation and immune system of neonates. The role of the maternal diet is of particular interest to her.

‘So far we have found that a balanced diet – the Mediterranean diet – is best (for infant gut colonisation), with a high intake of fruit and veg, olive oil, nuts and pulses,’ she said.

She hopes the findings will eventually lead to updated nutritional recommendations for pregnant and breastfeeding women. She believes it may also be possible to develop treatments that replace missing health-promoting microbes and ‘repair’ the microbiota to reduce the risk of developing non-communicable diseases such as obesity and allergies.

To date, most research in this area has focused on the role gut bacteria play in human health, but there is also now growing attention on the mycobiota (fungi and yeast) and the viral component of the microbiome, also known as the virome. Many of the gut’s viruses infect bacteria – known as bacteriophages – so it is likely they play a major part in shaping the wider microbiome by controlling the abundance of specific bacteria.

‘This is very much a new world,’ said Professor Alexandra Zhernakova, a human geneticist at the University of Groningen in The Netherlands. ‘The information on viruses is completely missing from the microbiome picture yet viruses form the most abundant kingdom on Earth.’

Prof. Zhernakova runs BabyVir, a project trying to unveil how the gut virome develops during the first year of life and its relationship to the composition of the bacterial microbiome. She is currently collecting and analysing the bacteria and viruses in the guts of 500 mother and baby pairs but hopes the number will rise to 1,000. She has already recruited 30 babies to her cohort and the first results should be published by the end of the year.

‘This project will show us which bacteriophages are positively associated with certain health items and which are negatively associated,’ she said. ‘My personal interest is colic. Thirty percent of babies cry non-stop for many hours, for no known reason. We will be looking for the bacteria and viruses in the baby’s gut that have a causal relationship (with colic) and see how these interact with maternal diet, for example.’

In the long term, Prof. Zhernakova hopes treatment protocols will be developed to ‘infect’ babies with harmless bacteriophages that are known to tag and ultimately destroy undesirable bacteria. ‘Developing therapies is not part of our study because it’s a long way off, but the information from our work will be the starting point for developing such therapies.’