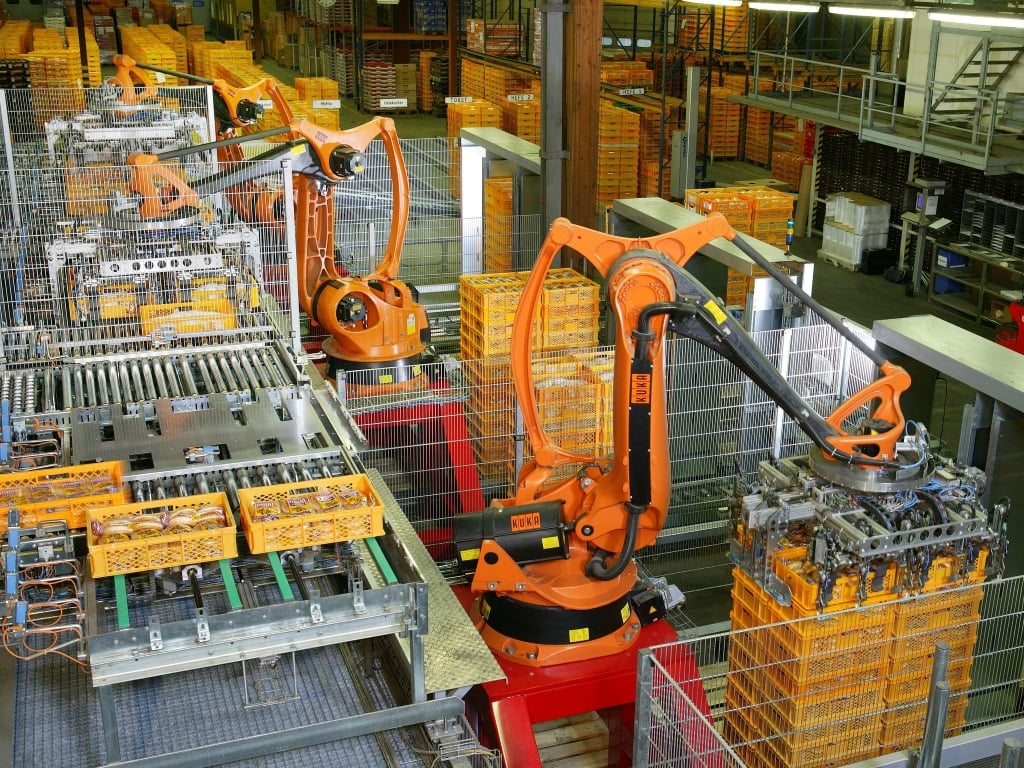 People harbour lingering fears about the impact of robots on their jobs and welfare, but machines in the workplace have produced benefits that researchers believe are likely to continue. But for that to happen, challenges such as earning workers’ trust and improving safety and human-robot interaction must be overcome.

In the EU, 72% of people are scared that technology could steal their jobs. With predictions that robots and automation could replace nearly half of jobs in developed countries, the concern is understandable.

Workers are worried that they will be expected to work at a quicker pace when new technology, such as robots, is put in place, says Professor Anu-Hanna Anttila, head of research at the Finnish Industrial Union in Helsinki, who has studied factory workers’ attitudes towards technology in the workplace. They also have concerns that machines might evaluate their performance and rank employees in terms of productivity, she says.

But robots could also replace undesirable jobs while creating new ones. They are set to continue taking over dangerous manual and tedious tasks, such as operating heavy machinery in manufacturing and construction or handling hazardous chemicals in a lab.

‘They are the (tasks) where perhaps there is most need for robots,’ said Dr James Law, a researcher and leader of the collaborative robotics – or cobotics – group at the University of Sheffield in the UK. According to Dr Law, human jobs will change to oversee robots or take on other roles that make better use of our cognitive and perceptual abilities.

Today, robots in the workplace largely function independently, but they are likely to collaborate with humans more and more in the future. But there are still hurdles to overcome before that happens. There need to be safeguards to ensure that robots aren’t hacked into maliciously. Finding ways to make interactions safe, such as making sure that fast-moving robots don’t knock into people or injure them by using too much force, is vital.

‘Safety is a primary concern, particularly in manufacturing environments where you might have large robots lifting heavy or sharp objects,’ said Dr Law.

‘It’s great to say that robots are going to be doing the horrible, nasty, messy, dangerous jobs. But is that what the people doing those jobs actually want?’

Furthermore, there is a need to find simple ways for employees to interact with robots, especially as they become more complex. It could be through graphical interfaces, speech or gesture, says Dr Law, who thinks they could become as intuitive to use as mobile phones.

‘Everyone is confident using mobile phones now even though they’re quite complex,’ he said. ‘I think we’re going to see the same thing happening with robots.’

There are technical problems to solve, too. Rich Walker, the managing director of Shadow Robot Company, which is based in London, UK, has been building robot hands for research institutions for the past 20 years. Programming them to perform certain tasks automatically is still a challenge.

Although robot hands can identify different objects based on photos and pick them up, manipulating an object, such as twisting or turning it with its fingers, is tricky. ‘What’s been interesting for us is how hard it is to replicate what the human brain does to get a hand to do something,’ said Walker.

Walker and his colleagues found that their robot hands can complete tasks more easily when a human controls them remotely. A person’s finger movements can be tracked and replicated by the artificial hand. ‘You can show the robot the task and it can then repeat it identically,’ said Walker. ‘And then you could put the robot somewhere you can’t or don’t want to be.’

Their robot hands are still in development but Walker foresees them being used in manufacturing. They could be used for more sophisticated production line tasks such as loading different types of objects, which currently requires human involvement. They are also of interest for nuclear decommissioning, where people currently have to wear protective equipment and use unwieldy tools to deal with radioactive materials. ‘If we can put a robot hand in with the same capabilities as a human hand, that robot hand can touch the problem and do the job for them,’ said Walker.

Professor Bram Vanderborght of robotics research centre Brubotics at Vrije Universiteit Brussel (VUB), Belgium, says collaborative robots working alongside humans, rather than big industrial machines, could benefit small businesses in the future. ‘They answer both economical needs … (and) taking care of the health and well-being of the workers,’ he said.

In the future, technical advances in areas such as soft robotics could mean robots carry out more delicate tasks such as picking strawberries or helping perform surgery. Prof. Vanderborght is developing a new generation of machines such as soft robotic hands made from polymers with chemical bonds that can self-heal if they get damaged.

‘Imagine a future where a robot can heal itself like we do with our wounds,’ he said. Self-healing robots could be more sustainable, as broken machines would not need to be discarded and could cut out costly, time-consuming manual repairs, according to Prof. Vanderborght.

So far, using robots in the workplace has had benefits. Industrial robots have been widely adopted in factories where according to Prof. Anttila, the health and safety of workers has improved. A union representative from one factory told her that health problems had decreased since robots took over physically demanding tasks on the production line. Previously, workers often suffered from shoulder and neck problems and carpal tunnel syndrome.

Prof. Anttila thinks that as robots are more widely deployed in the workplace, there could be further perks. Workers will become more qualified and possibly earn more as they learn to use new technology. And robots will likely be able to do tasks more efficiently and therefore speed up the production process, resulting in reduced work hours for employees. ‘Maybe six hours workdays could become possible,’ she said.

More research is needed, however, to figure out how robots can best be integrated in the workplace. Dr Law thinks that researchers need to take a closer look at how robots will impact workers and involve potential users in the design process. ‘I don’t think there has been enough work going on looking at how robots are accepted and trusted by users,’ he said.

His team is working with industrial partners to better understand workers’ concerns. They are asking potential users how robots could help them and what kind of interfaces or information they would need to work with them effectively. They want users to influence the design of robots, Dr Law says, which can increase confidence in robotic technology. ‘It’s great to say that robots are going to be doing the horrible, nasty, messy, dangerous jobs. But is that what the people doing those jobs actually want?’

Dr Law expects that robotics researchers will gradually shift away from technical problems to studying more human elements. There are still a lot of questions to answer about the wider societal impact of robots which require interdisciplinary collaborations. ‘We need psychologists looking at the impact on users,’ he said. ‘And we need engineers and people from the humanities to be able to understand all the issues around human-robot interaction.’

Walker, who is on the board of directors of EU Robotics, an organisation for the robotics community in Europe, has been encouraging roboticists to move away from pure research and focus on innovations that can be deployed for practical uses.

The initiative has led to the robotics and big data communities coming together, which he thinks will drive new developments in artificial intelligence (AI). ‘That’s been a very exciting development to come out of this,’ said Walker.

For Prof. Vanderborght, advancements using AI can help cobots learn and become better and more adaptive as they go into new environments. ‘They have to learn new tasks and that’s where AI can play a big role,’ he said.

On 26 September, Prof. Vanderborght will be participating in a session called Making Robots Work at the EU’s Research & Innovation Days to help shape the scope of EU research and policy on AI from 2021-2027.