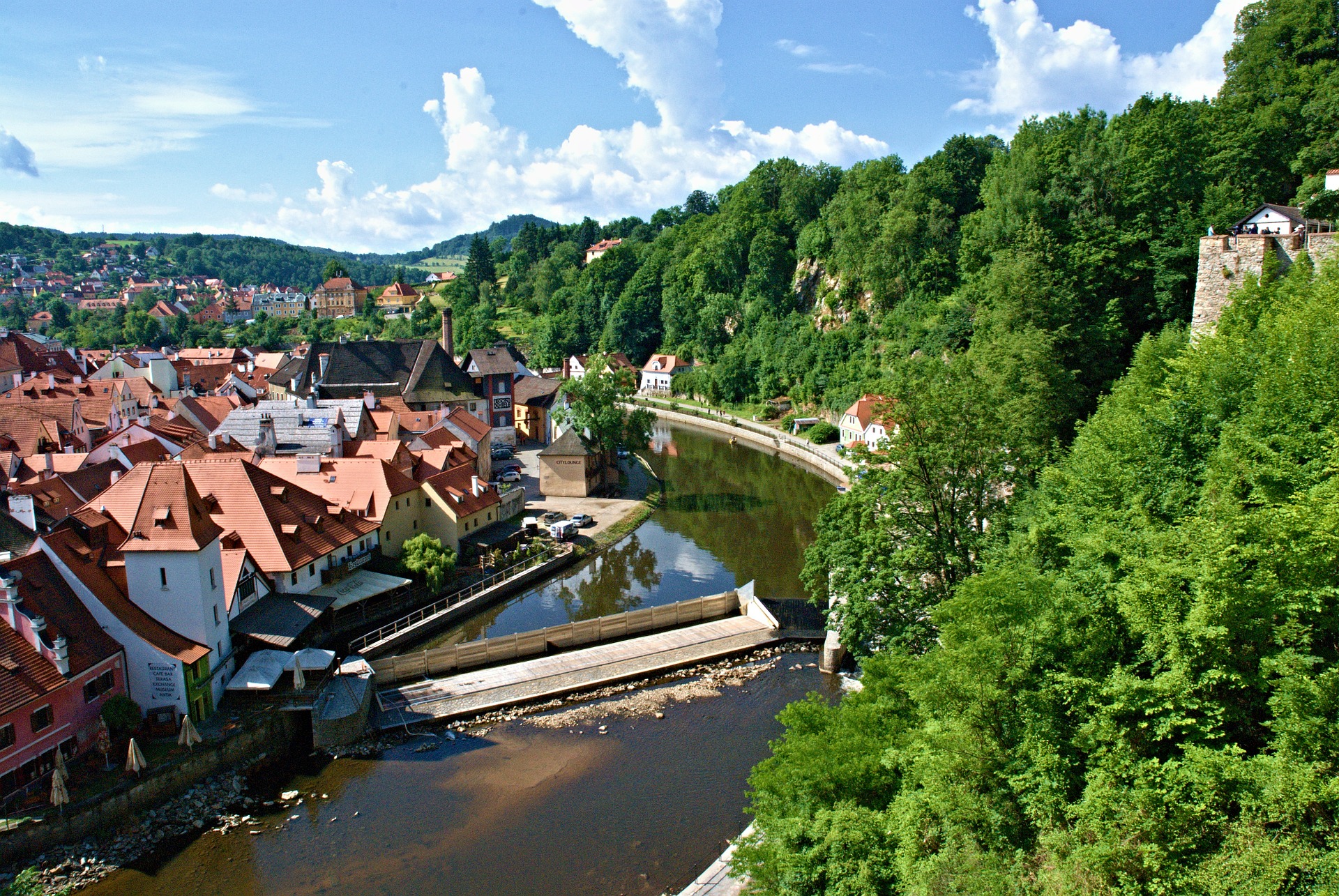 Rivers in Europe are so congested with concrete obstructions like weirs, bridges and other man-made barriers that they no longer flow freely, which harms the wider environment. Removing these blockages could restore these vital aquatic ecosystems to their former glory.

Countless dams, bridges, weirs, and fords have sprung up over the centuries along Europe’s rivers as people have tried to tame and harness these powerful water courses. They are as much a part of the landscape in some areas as the rivers themselves.

But this construction on rivers has interfered with them to such a degree that they don’t flow naturally from their source to the sea. In places, entire rivers have become contained within concrete walls or sealed underground.

When a river’s flow is reduced the natural water cycle is disrupted, along with its ability to support a healthy ecosystem. This has occurred so much in Europe that Prof. Garcia de Leaniz and his colleagues in the AMBER river restoration project believe no river has been left unaffected.

The project collected government-held data on rivers across Europe, which described the manmade obstacles in the water. The researchers also walked along the banks of five separate rivers in most of the EU’s member states, covering over 2,800km. They compared what was recorded in the official databases against what they saw on the sections of the rivers they walked along to check the accuracy of the information.

They discovered that for every barrier the authorities recorded, there were in most cases two or three times more in the field.

These smaller barriers are much older and, quite frankly, in many cases don’t serve any purpose anymore.

These barriers included small dams as well as obstructions like fords, weirs, bridges and ramps, which often leave an environmental legacy that often goes unnoticed.

‘These smaller barriers are much older and, quite frankly, in many cases don’t serve any purpose anymore,’ said Prof. Garcia de Leaniz.

But removing some of these barriers would bring several environmental benefits, he says. Migratory fish would be able to access their former spawning grounds in the headwaters, for example. It would also help vital nutrients to flow downstream, which are the foundation of marine ecosystems when they finally meet the sea.

Restoring a more natural flow would also help rivers transport more rainfall down to areas where there are high demands for water supplies. Artificial barriers and dams can prevent water flowing down stream, increasing both the risk of droughts and flooding. At a time when climate change is affecting society’s resilience to these problems, removing old unused barriers could become crucial.

‘We don’t know yet how many barriers can, and should, be removed in Europe, but one thing we know for sure is that there will be many more (that should be removed) than we have the resources for,’ said Prof. Garcia de Leaniz.

AMBER is hoping to help river managers cherry-pick which barriers should be removed by developing an adaptive management approach that maximises benefits and reduces costs, for example by targeting those unused barriers that have the greatest impact on biodiversity. But their ambition goes beyond that.

Prof. Garcia de Leaniz and his colleagues now want to convince the European Commission to introduce a target for reducing river fragmentation into the EU’s Water Framework Directive, which helps member states achieve good ecological status. They said the directive could include new standards for river connectivity that are similar to those for water quality.

This is important because the removal of large dams often draws public and political attention, but with the financial resources available it could be better to remove smaller barriers. Plus, as governments look to move away from burning fossil fuels, the value of hydropower is increasing which means dams will most likely remain.

According to Dr Guglielmo Stecca, a river modeller at New Zealand’s National Institute of Water and Atmospheric Research or NIWA, if we can better predict how rivers and dams interact with the environment then we can find a more sustainable path forward for both.

‘If dams are managed in a more environmentally targeted way, one can think of restoring some of the flood plains that are needed for the environment to recover and fulfil some of its functions,’ he said.

When dams are built they alter the flow of water and sediment downstream. Some rivers even used to spread across several streams, otherwise known as braided rivers. These could be spread over a wide floodplain, but damming prompted the river to shrink and transition to a single stream.

In response many dams, particularly in the Alpine region, strictly restrict the amount of water released back into these areas to prevent any dangerous overflow and provide key storage for irrigation and hydropower production. Braided rivers, however, support a wide range of ecological functions, such as helping to spread nutrients across a landscape and support stronger biodiversity.

‘There has been a lot of debate in the past about the minimum flow that the dam has to release,’ Dr Stecca said. ‘The reason why this is difficult to set is because it comes with a price since water stored in the dams is extremely valuable.’

Dr Stecca was the principal researcher of the BraidSideEarth project, which looked at braided rivers in New Zealand. He looked at how they could provide restoration insights for European rivers that were heavily-impacted by dams.

The Waitaki River in New Zealand, for example, is affected by several hydropower dams. Dr Stecca used historical pictures that mapped the evolution of rivers in the area and combined this with previous analysis on how the frequency and magnitude of floods changed with dam construction.

He used this information to develop a model which could help European dam operators and river managers better understand and forecast how they could release more water to sustain both the dam and the downstream environment of rivers.

Dr Stecca hopes this is the first step in finding a more sustainable way for dams to operate within the environment, which he says is crucial nowadays as ‘hydropower construction is taking off around the world’, particularly in Asia, South America and Africa.