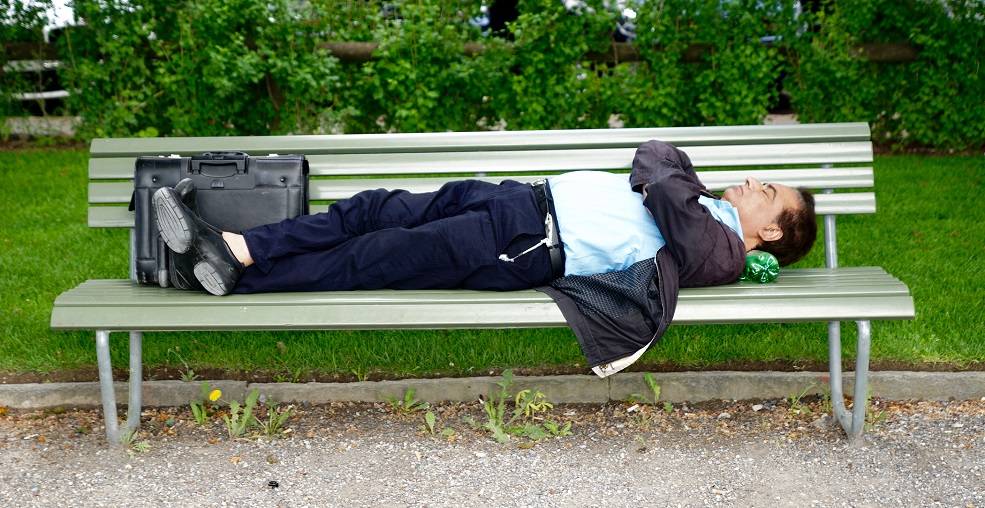 For something that can occupy such a significant chunk of time, sleep still remains a mysterious part of our lives. Although it is known to play a role in mental and physical health, such as metabolism and memory, there is much that is still not well understood.

As a general rule, it’s recommended that adults get seven or eight hours of sleep per night, although that may not be the right guideline for everyone. ‘The amount of sleep people need is highly individual,’ said Dr Vlad Vyazovskiy, a sleep researcher from the University of Oxford in the UK. ‘It isn’t only about sleep duration either but also about sleep quality.’

However, there is no doubt that a night of poor sleep affects cognitive abilities the next day. It’s hard to focus when you’re tired, and complicated tasks seem daunting. But how exactly does sleep loss affect your brain? To study the effects of sleep, one of the first things to note is that, on the neuronal level at least, sleep looks almost the same in humans and animals.

‘If I look at the activity recorded from the brain of a human and a mouse, I can’t tell it apart,’ said Dr Vyazovskiy. He and his colleagues probed the brain of mice and rats to study sleep-loss conditions as part of the EU-funded SLEEPNEED project.

One group of experimental mice carried on as they normally would, sleeping and waking up when they wanted to. As they went about their routines, electrodes were used to monitor individual neurons – brain cells that transmit messages – over several days and nights to determine how their activity changed during sleep. That brain activity was compared to other mice which had been deprived of sleep.

The challenge was that, even though it is relatively small, a mouse brain still contains over 70 million neurons. ‘Each one is connected to thousands of others,’ said Dr Vyazovskiy. ‘It’s a very complex network that we believe somehow generates sleeping and waking states.’

‘It’s as if you can be asleep and awake at the same time.’

During deep sleep, brain activity is dominated by slow delta waves. But Dr Vyazovskiy and his team were surprised to find that some parts of the brain of sleep-deprived mice also exhibited sleep-like activity when they were awake. ‘We always thought that this type of activity happens only during sleep,’ said Dr Vyazovskiy. ‘But it’s as if you can be asleep and awake at the same time.’

In other experiments, they looked at the effects of sleep deprivation on behaviour. The animals were taught to recognise different images and their ability to tell them apart was later tested when they were tired. They found that the mice only had trouble with the task if the two images were very similar. ‘It seems like sleep deprivation only affects cognitive abilities that require significant effort,’ said Dr Vyazovskiy. Routine tasks are less likely to be affected.

Further investigation showed that it’s not only sleep-deprived mice that demonstrate sleep-like brain activity when awake: it can be the case with well-rested mice too. If these results are replicated in humans, this could help explain why people with schizophrenia or psychosis, for example, claim that dreams intrude on their waking life, making it hard to tell what’s real and what’s not. ‘Finding out how sleep mechanisms are linked to different conditions and behaviour could lead to new treatments,’ Dr Vyazovskiy said. He is now collaborating with other researchers to see if his findings can help people with psychiatric disorders.

Intuitively, it seems like complicated tasks would be hardest to perform when you’re tired, as Dr Vyazovskiy’s work revealed. But another EU-funded project called SLEEP LOSS IN TEENS found that the opposite was the case when they tested adolescents.

Dr Mairav Cohen-Zion from the Academic College of Tel Aviv-Yaffo in Israel and her colleagues are assessing how sleep loss affects cognition, mood and behaviour in adolescents. The team compared how teenagers performed on tasks of varying difficulty when they were sleep deprived and when they had had a good night’s sleep. As tasks became more difficult, tired teens performed better until they hit a limit where an extremely complex problem made them crash.

Dr Cohen-Zion thinks that hard tasks force teens to focus even when sleep deprived so that they can retrieve and process information. However when tasks are simple, sleepiness wins. ‘They did badly, because they were unchallenged and tired and didn’t make an effort,’ she said. ‘Their attention flagged.’

Insufficient sleep did, however, mean that the teens’ motor skills weren’t as sharp, which is something that Dr Cohen-Zion didn’t foresee. ‘I expected that they could do the motor skill tests in their sleep,’ she said. ‘We expected the teenagers to have very good hand-eye coordination since they typically play a lot of video games and spend a lot of time using screens.’

Furthermore, Dr Cohen-Zion and her team found that a person’s chronotype – whether they are predisposed to being a morning lark or a night owl – played a role in how sleep loss affected them. Adolescents that were evening-inclined had more trouble functioning the next day compared to those who are more morning people that slept the same amount.

Similarly, early school start times can contribute to chronic sleep loss in teenagers, who often tend to stay up late. Previously conducted sleep studies helped delay morning classes in some countries. ‘In Israel where I live, most schools don’t start before 8 am anymore,’ she said.

So how can research help solve sleep problems? Both Dr Vyazovskiy and Dr Cohen-Zion think that raising public awareness is key so that people change their habits. ‘Many people don’t realise how important sleep is,’ said Dr Vyazovskiy.