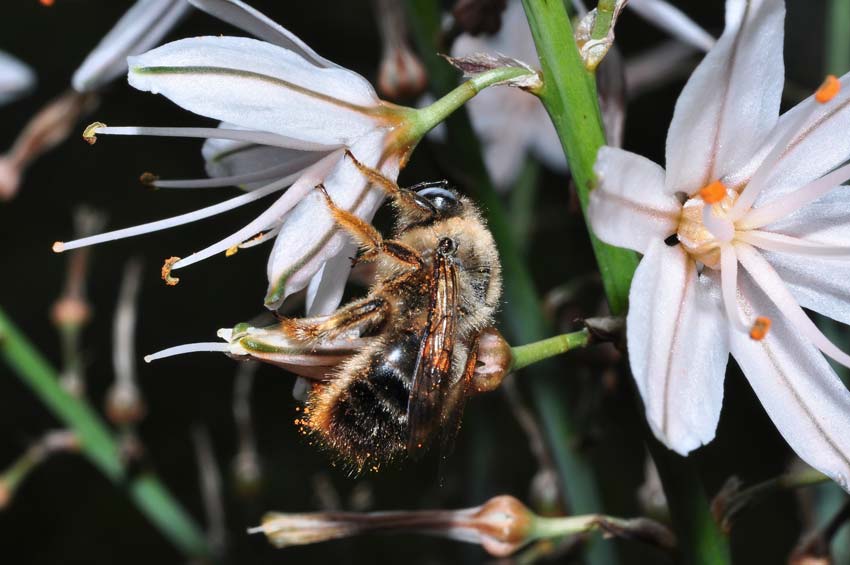 Ecosystems that contain only a few bee species underperform in terms of plant production whereas those with many different species thrive, according to research which highlights the importance of bee diversity to securing the world’s food supply.

Wild bees are hugely important not only to natural environments, but also to our very way of life. They are vital for pollinating wildflowers, as well as many of the crops we rely on for our everyday daily vegetables and fruit.

‘One out of every three mouthfuls of food that you consume relies on the pollination activity of bees and other insects,’ said Mark Brown, professor in evolutionary ecology and conservation at Royal Holloway, University of London in the UK. ‘It’s essential for Europe that we have a sustainable bee population.’

But as climate change continues to warm the world and humans impact local environments through farming and the use of chemicals, pollinators such as bees are struggling. The European Red List categorises 77 bee species as under threat, out of a total of 1,942 species in Europe. And this may well be an underestimate, because for more than half of all European bee species – 1,101 – there is not enough data to evaluate their risk of extinction.

As a result, researchers are carefully monitoring the bees around the world and the dangers they face. The hope is that by understanding the major challenges to their survival, and which species are most at risk, scientists can help ensure the survival of these vital pollinators.

Dr Ignasi Bartomeus is a researcher at the Doñana Biological Station in Seville, Spain. ‘We are already losing a few species that are most vulnerable,’ he said. ‘And there are a few others that are clearly declining. If we change grasslands and forests into cities and crops, a lot of those bees cannot live in that new environment. These are the ones I’m concerned about, that are terribly important for the functioning of natural ecosystems.’

To assess which species of bee are most at risk, Dr Bartomeus and his team observed 150 bee species in the Doñana National Park near Seville from 2014 to 2018 as part of the BeeFun project. Also using data from other researchers around the world, the goal was to see which species were adapting to changes in their environment, and which were struggling.

‘For the ecosystem to function, it was very important to have (bee) communities that were complementary.’

They found that some species, known as winner species, adapted well to environmental changes. These included the white-tailed bumblebee, which could survive on a variety of plants. But loser species like Flavipanurgus venustus depended on a single plant, and struggled if that plant disappeared.

This has important consequences for an ecosystem as a whole, the researchers found, because different bee species collaborate by focusing on different plants. Ecosystems with a lot of different species thrive in terms of plant production, while those with many similar species underperform by comparison.

Prof. Brown, meanwhile, is investigating three major threats to bee health across the world – the use of chemicals such as pesticide and fertiliser, a loss of food, and parasites and pathogens – in a project called PoshBee.

Using a combination of laboratory work and field experiments, one goal is to produce a bee health card, which can be used to assess the health of different bee species.

The project is taking place across eight countries in Europe, where the researchers will study the impact of these factors on two crops used by bees – oilseed rape and apple orchards. The team will monitor how the different bees react to changes to these crops, such as the introduction of chemicals.

Agrochemicals used in industrialised farming that can pose a danger to bees include neonicotinoids, an insecticide used on crop seeds to kill certain pests. But in 2018, after it was discovered they were harmful to a wide range of bees, the EU imposed a ban on their use.

Prof. Brown and his team will be examining similar chemicals to identify which ones can be used without harming bees. They aim is to help advise any future policy or regulation changes.

‘(It) is one of the largest assessments of exposure of a range of bee species to these threats that has ever been done anywhere in the world,’ said Prof. Brown. ‘So hopefully it will be of value not just to Europe, but more broadly.’