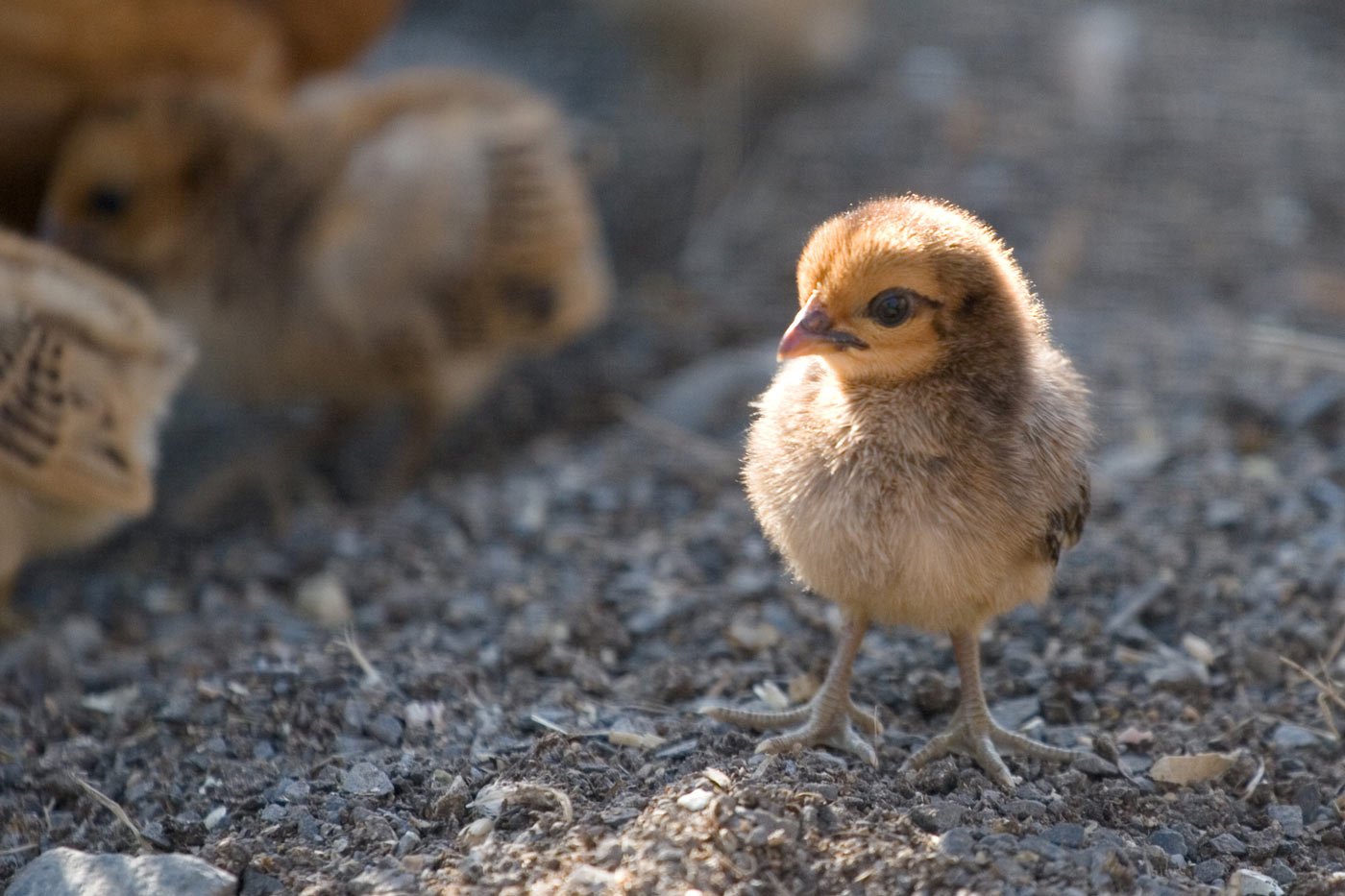 Giorgio Vallortigara didn’t set out to develop software that could detect whether babies have autism. A neuroscience professor at the University of Trento in Italy, his areas of expertise include animal cognition – he’s into the brains of honeybees, zebrafish and newly-hatched chicks.

‘I’m not a clinician or an autism expert,’ he confessed. ‘But my basic research on how brains work has led us to develop a test for autism which could diagnose the disease years earlier than we do now.’

The simple test would have profound implications for children and their families. Research has shown that early diagnosis and treatment can improve outcomes for children and reduce their need for support services.

When Prof. Vallortigara discovered that chicks have an in-built preference for face-like objects, he became interested in whether humans share this natural interest in faces. It turns out, most people are instinctively drawn to faces. They are also attracted to objects that move in a natural way – rather than to things that move randomly or mechanically.

‘The brains of vertebrates (animals with backbones) can distinguish inanimate objectives from living objects from birth,’ he explained. ‘We call it animacy. Animals respond to biological motion and to face-like shapes. It’s a natural survival mechanism.’

Even an inverted triangle with three dots loosely resembling two eyes and a nose is enough to trigger this built-in facial recognition system. In tests, animals are drawn to inverted triangles more than other groups of dots. This tendency to interpret shapes as faces also explains why we sometimes see faces in clouds or in pieces of toast: we seek out living objects. 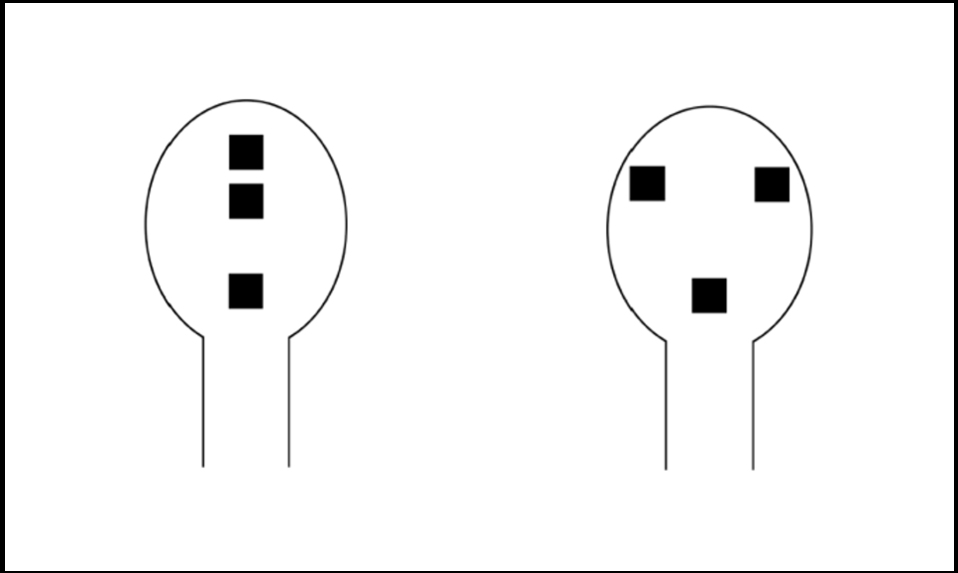 The three dots on the right, which loosely resemble two eyes and a nose, are enough to attract animals, who tend to seek out face-like shapes. Graphic courtesy of Giorgio Vallortigara

For people with autistic spectrum disorders (ASD), these preferences are much weaker: they don’t gravitate towards faces, they are less interested in animalistic movements, and they actively prefer pictures of faces that do not make eye contact.

Fast-forward a few years and dozens of further experiments, and Prof. Vallortigara’s team has developed a simple test that they hope could screen babies for autism.

The ultimate goal is to identify people with ASD at birth and offer interventions designed to improve outcomes in later life. Through the MoViS project, the researchers have developed a short test that shows newborn babies shapes, faces and representations of biological movements, known as biological motion. The results are compared to a database of typical responses to check whether the babies are in the normal range or on the autistic spectrum.

The system was tested in one-week-old babies who have a sibling with ASD and are thus at higher genetic risk of having the condition themselves. Using a mobile lab, the team of neuroscientists drove around Italy testing babies between six and 10 days old.

In addition to biological motion and facial recognition, the researchers added images of faces that looked either directly at the child or away from the child. Babies with ASD tended to avert their gaze rather than make sustained eye contact – a classic sign of autism in older children.

The next step is to refine the system so that it can be used outside a laboratory setting. ‘If we can automate it, the test could be delivered by people without neuroscience or behavioural science training,’ said Prof. Vallortigara. His team is working with engineers to build an easy-to-use device that could become part of the usual neonatal tests – like the vision and Apgar tests that all babies undergo.

‘It is a long way from the basic science we were doing in animal models,’ he said. ‘But maybe that’s the point – some research seems obscure to the public, but it can lead to life-changing outcomes.’

Raffi Rembrand also came to autism research from an unlikely starting point. A chemical engineer with 40 years’ experience in signal processing, his interest was sparked by personal experience.

Rembrand’s son was diagnosed with ASD at the age of four in the late 1980s. As he delved into how autism was diagnosed and managed, he was shocked at how late the condition is detected and frustrated that windows of opportunity for behavioural treatment have often closed by the time diagnosis is confirmed.

Having already overseen the development of a wearable hug vest that is designed to calm children with autism, in 2015 he launched a company, SensPD, in Kiryat Tiv’on, Israel, dedicated to developing a screening tool that would identify ASD much earlier. Unlike the visual stimuli tests devised by Prof. Vallortigara’s group, SensPD are using the auditory system as a way to examine sensory perception.

Their otoacoustic emissions (OAE) test checks how babies make sense of sensory input – in this case, sound. It is known that people with autism have signal processing issues. Children with autism often respond differently to noise, taste, touch and other sensory stimuli, but this appears to be built-in from birth.

‘If you look at how autism is diagnosed today, it’s too subjective, too cumbersome, too time-consuming and too expensive.’

Maayan Shahar, CEO of SensPD, says the company is about to begin trials of its software which offers a non-invasive way of detecting autism.

‘If you look at how autism is diagnosed today, it’s too subjective, too cumbersome, too time-consuming and too expensive,’ she said. ‘The process can begin around two years of age, but it takes a long time, and input from several health professionals, to observe the child’s behaviour and arrive at a diagnosis.’

The software, which can be integrated into an existing hearing test device, checks how the brain stem responds to audio stimuli. The results are compared to a database and an algorithm determines whether ASD is present and, if so, calculates its severity.

‘As we get more data, we hope to identify sub-categories within the autistic spectrum,’ Shahar explained.

The trial will collect data on 150 children aged 1.5 years to 5 years. These children will be divided into three groups: one group of typically developed children, one group with ASD, and another with language disorders.

‘There is a question mark in the scientific literature over the relationship between language disorders and ASD,’ said Shahar. ‘Sometimes children diagnosed with language issues are on the autistic spectrum. Their autism may be diagnosed later or missed.’

If the trial is successful, SensPD hope to market their product as a medical device which could be used to screen babies and improve their long-term outcomes. ‘This could change the lives of kids and their parents,’ Shahar said. ‘By supporting them earlier and better, it may also lead to lower need for medication and help at school, as well as lower levels of self-injury and hospitalisation.’

The research in this article was funded by the EU. If you liked this article, please share it.