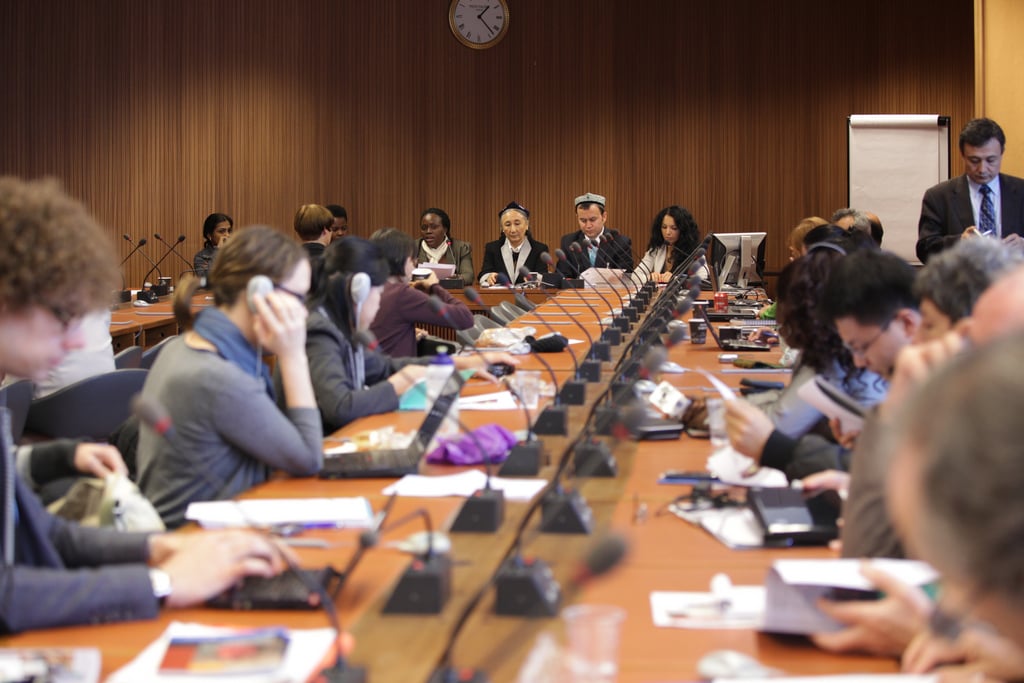 Listening to someone speaking with a foreign accent makes human brains work harder which can lead to unintentional discrimination against people communicating in languages other than their own, new research suggests. But exposure to foreign accents can also change the way people speak, and over time, the ensuing accents can become new languages.

While most people will insist they do not treat anyone differently on the basis of how they speak, there is growing evidence that foreign accents are discriminated against. Studies in the past few years have shown someone speaking with a non-native accent can find it harder to get job, and might be perceived as less educated and as less trustworthy.

With an estimated 257 million people living and working outside the country they were originally from, this accent-related bias is a major problem.

‘It can lead to discrimination in everyday life,’ said Dr Alice Foucart, a psycholinguistics researcher at Ghent University, Belgium, and Universitat Pompeu Fabra in Barcelona, Spain. ‘People make judgements about people with foreign accents in jobs, in criminal cases. They think they are less intelligent and less trustworthy.’

Now research conducted by Dr Foucart as part of a project called SocialAccent has revealed a possible reason for why this discrimination can occur. She looked at how the brain processes information when it is delivered in a foreign accent and found higher levels of activity compared to when it comes from a native speaker.

‘It is more costly at a cognitive level as it requires extra effort to understand the person,’ said Dr Foucart. ‘The increased levels of activity show difficulties in processing lexical and semantic information. This can trigger negative perceptions.’

Dr Foucart, who conducted the research while at Ghent University in Belgium, studied the brain activity of native Flemish-speaking participants listening to local, Italian, American, German and Czech people speaking Flemish. She also asked each of the participants to rate how intelligent, confident and successful they felt the speakers were and how they felt about the speakers and what they said.

‘There were significant differences between the two,’ Dr Foucart said. ‘Native speakers were considered more successful and intelligent than foreign speakers. But there was no difference in how friendly or nice they thought they were. There are social aspects such as stereotypes that can also trigger bias of a foreign speaker, but we didn’t touch on this in the project.’

In a final experiment, she also had a native Flemish speaker translate what the foreign speaker was saying to compare this with when the foreigner spoke in Flemish themselves. This replicates many international political meetings where delegates will speak themselves or through a translator.

‘We are still analysing the results of this but it could have important implications in the real world,’ she said. If the results show a difference in the way information is processed – say that using a native translator is better than someone speaking in a foreign accent –  it could lead to new advice for politicians, businesses and criminal trials involving foreign defendants or witnesses.

‘People make judgements about people with foreign accents in jobs, in criminal cases.’

‘What I really want is for people to be aware in the first place that they have this negative bias,’ added Dr Foucart. ‘It isn’t necessarily because of the person themselves, but because something cognitively is happening.

‘One thing we do know is that eventually we get used to an accent and bias can be reduced. Perhaps it would be good for people running job interviews or the jury in a trial to do tasks to get them used to a person’s accent beforehand.’

When it comes to a foreigner moving to a new country, the way they speak will slowly change over time as they absorb elements of the accents they hear around them, but they too can have an influence on the accent of their new neighbours. This is because every time we talk with someone else we memorise attributes about their speech and this can have a subtle effect on the way we speak. Over time this can also lead to entirely new accents developing.

It is this process that a project called InterAccent is studying.

‘Accent change is the first stage towards the development of a new language,’ said Professor Jonathan Harrington, director of the Institute of Phonetics and Speech Processing at the University of Munich, Germany, who is leading the project. ‘Around 1,000 years ago, for example, English, Dutch and Swedish were actually intelligible dialects and the people who spoke them could understand each other. With the passage of time they devolved into separate languages.

‘If we can understand and model how spoken accent change actually gets started, then we will have a traceable model of language change and diversity.’

Prof. Harrington and the InterAccent team are attempting to build a computational model of how accents and so languages emerge, using data from real world observations. One of the studies that is helping them build a picture of how this happens involves recording children twice a year over four years at four schools – two in Germany and two in Albania. At one school in each country there are few migrants attending, but at the other, just a few kilometres away, the migrant intake is much higher.

‘Migration is one of the things over a long period of time that will have an affect on accent,’ said Prof. Harrington. ‘And children change their accents much more rapidly than adults do because they have less experience and memory of speech. Each school is a microcosm of children who will spend the next four years together and will make innovations to develop shared accent characteristics.’

Although the study is only in its first year of collecting recordings, Prof. Harrington believes that the children at the different schools will develop accents that will diverge in different directions.

Another of the groups that the InterAccent team will study will be the international teams of scientists and support staff who spend several months together in the Antarctic when they are isolated during the harsh winter. With a mishmash of people from different parts of the world living in confined, close quarters, it is the perfect place to analyse how individual accents can influence each other and how an entirely new accent can emerge over time.

‘It can tell us a great deal about how the huge variety of accents that we have here in Europe have developed,’ added Prof. Harrington. ‘But it might also give us some clues about how our accents might change in a world where travel and international migration is so common.’