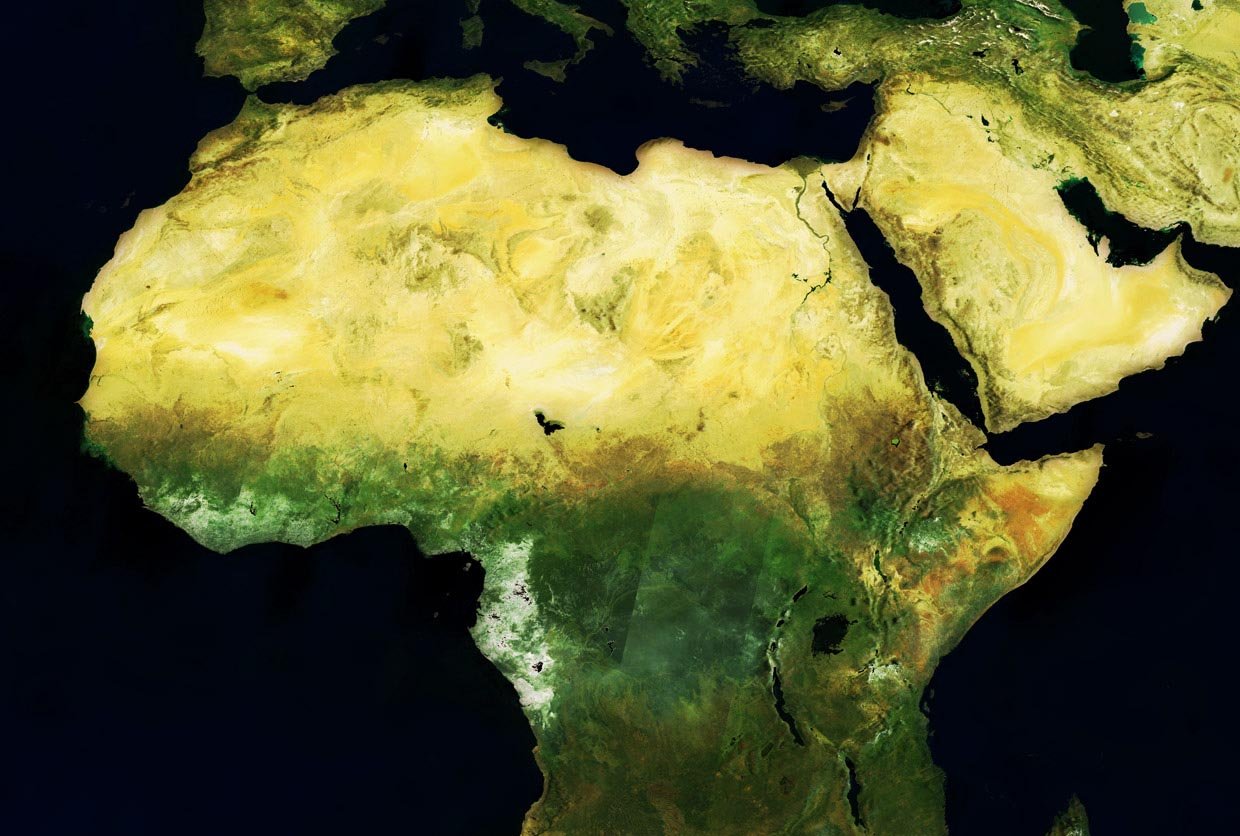 Scientists have created a solar atlas of Egypt, revealing where the sun’s rays shine most brilliantly and where dust storms obstruct its light. And in Niger, forecasters are guiding pastoralists towards grazing areas and water sources – and away from conflict with sedentary farmers.

These are just a couple of many applications coming out of schemes to help less developed countries tap into openly available data pouring out of programmes such as the European Union’s Copernicus Earth observation system, which supplies satellite, airborne and surface-based measurements and services. These schemes are enabling governments, private companies and research institutes to zero in on data that can be used to address pressing local and national problems.

Egypt is building what it hopes will be the biggest solar energy facility on the planet, Benban, and has plans to construct many more to tackle the energy crisis it faces as a result of a population explosion, says Professor Hesham El Askary, of Chapman University in California, US. He is one of two regional coordinators for a project called GEO-CRADLE, which spans the Middle East, the Balkans and North Africa.

Egypt is rich in solar radiance – but also in dust, which reduces the amount of radiation that strikes the photovoltaic cells used to convert light to electricity in solar panels. Since building ground-monitoring stations is expensive, it has so far been difficult to make accurate feasibility studies for plants, says Prof. El Askary.

Using satellite data and new modelling techniques, Prof. El Askary and colleagues have turned years’ of information into a tool that planners are now using to decide where to site solar energy plants.

As part of GEO-CRADLE, the team has worked with Egyptian scientists and engineers to use the tool to reveal the nation’s solar hotspots.

‘This atlas is giving them (governments) an idea about the most efficient locations where they can have the cheapest production,’ said Prof. El Askary. ‘It is a massive step in the right direction.’

The Egyptian government has put the atlas on its website and already used it to verify that the Aswan area of Upper Egypt is one of the most efficient siting locations, he says.

Egypt’s Prof. El Askary has also used the models to help the internationally renowned pioneer of heart transplant surgery, Sir Magdi Yacoub, assess whether it is feasible to use solar energy to power the vast hospital and research centre he plans for New Aswan.

GEO-CRADLE’s coordinator, Dr Haris Kontoes, from the National Observatory of Athens, Greece, says the project has helped nations in the regions they’re focusing on to make use of data streams from Copernicus – pulling the information together, getting all the interest groups to work as a network to make use of it, and finding applications in monitoring climate change, locating raw materials, improving food security and accessing renewable energy.

In the continent of Africa, there is plenty of technical expertise in obtaining and analysing remote-sensing data, but many countries lack the internet bandwidth to harvest the data that is available or find it a challenge to access the newest technologies, says Mark Noort, director of technology broking company HCP International. He belongs to a consortium called AfriCultuReS, which aims to harness a range of information sources about the Earth, from satellites to monitoring stations and sampling done by humans, to improve agriculture on the continent.

Scientists in Africa are already skilled at big picture monitoring of agriculture at a continental and sometimes national scale, Noort says. But exploiting new data would allow them to see what’s going on more rapidly and frequently and at a finer scale. He adds that small-scale farmers would benefit from getting access to handy, timely forecasts distilled from this data.

‘The overall idea (of the project) is to merge not just Earth observation, but climate models, weather forecasting and ground information,’ said Juan Suárez, of GMV Aerospace and Defence, who is coordinator of the project.

‘When farmers put fertiliser in the farm they need to know if, in the next six hours, they will have rain.’

Such information can mean the difference between a plentiful harvest and farmers going hungry. For example, farmers often plant their seeds after the first rain, only to see them ruined by a prolonged dry period. If forecasters could communicate to them the likely pattern of the upcoming rainy season it could save them from many such hazards.

Dr Issa Garba, who leads the contribution from the Centre Régional Agrhymet in Niamey, Niger, one of eight African countries participating in the project, said: ‘We need to know when the rainy season will start and finish, about dry spells and what type of millet or sorghum seed farmers need to use. When farmers put fertiliser in the farm they need to know if, in the next six hours, they will have rain.’

The project also documents changes in land use, for example, to monitor the competition between food and non-food crops, and water availability – both flood and drought. Changes that spell disaster for the harvest, such as the arrival of pests, or a drop in soil fertility, are also monitored. As well as getting advice to farmers, this will also help governments to forecast the season’s yield more accurately.

Dr Garba describes one pilot that seems to have reduced conflict between pastoralists and agriculturalists in his country.

His team has turned complex Earth observation data into verdicts about the real-time whereabouts of water and biomass, and then worked with a non-governmental organisation to get simple messages out to pastoralists. This has guided their roaming into productive places. Soon, farmers and pastoralists will be able to pick up these messages via 60 community radio stations in Niger, Mali and Burkina Faso.

‘Now we have a reduction of conflicts,’ said Dr Garba. ‘It is too early to say this is the impact only of AfriCultuReS. We have a lot of initiatives which work on the area and we have a synergy of all the action which we can see is reducing conflict.’

AfriCultuReS is one year into its four-year work and ideas for other pilots are still being gathered through consultations with their partners, which include research institutes and private companies specialising in environmental data, to find out what information would be useful for farmers and other communities. But its vision is of an integrated agricultural monitoring and early-warning system to ultimately improve food production in Africa.