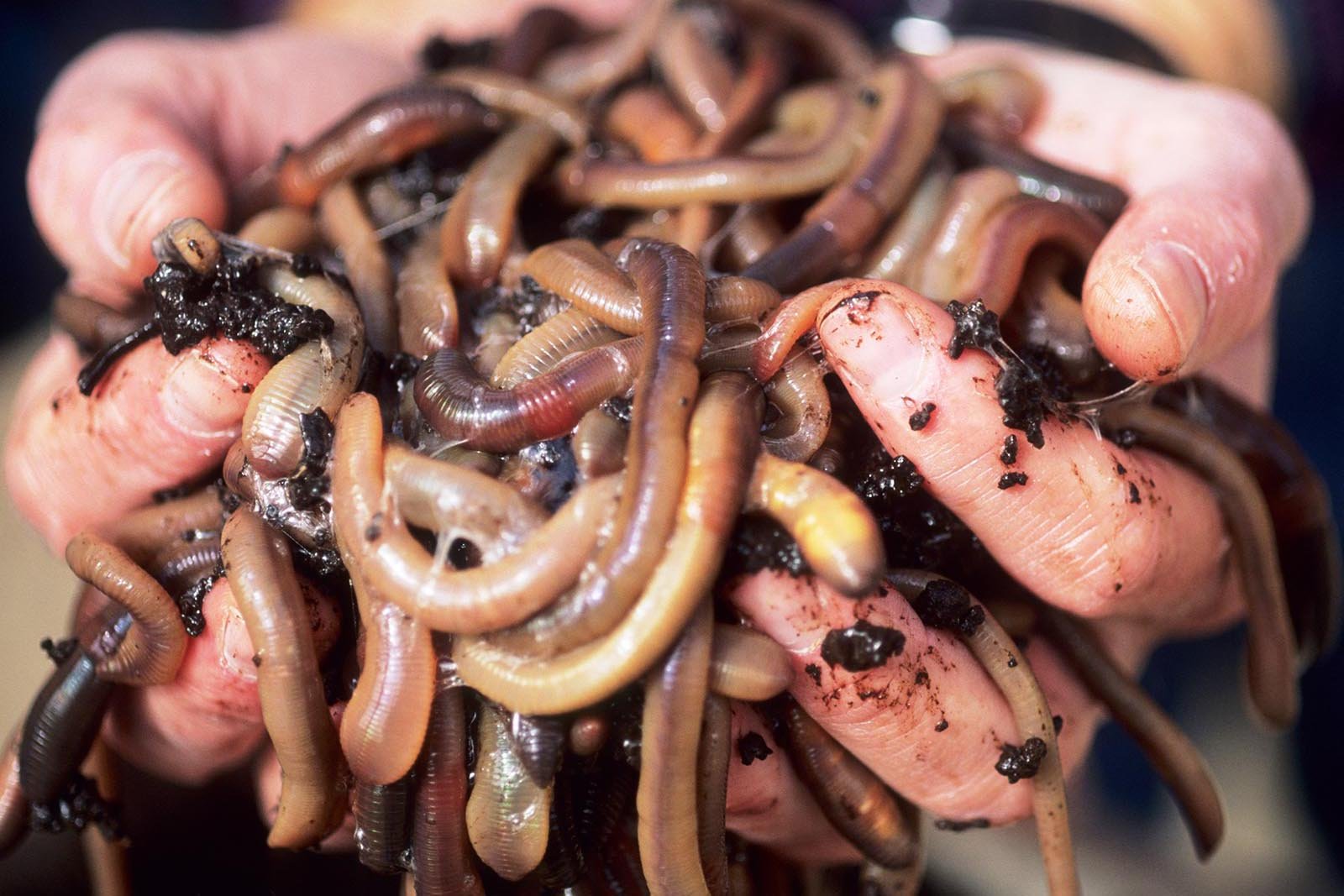 Earthworms and tiny water fleas could help deliver clean water to billions of people living in remote areas of the world by eating up sewage and other pollution.

But researchers believe it may be possible to deliver affordable water treatment to these places with the help of tiny animals that gobble up the pollution in water. Scientists working on a project called INNOQUA are developing biofilters which use living creatures to filter water – earthworms and tiny crustaceans called Daphnia.

These creatures devour the sludge and other pollutants, such as ammonium, as part of a series of water cleaning modules that can be set up and left to run with little need for maintenance.

‘Most people will have some idea of the role that earthworms play in the soil,’ said Dr Eoghan Clifford, a civil engineer at the National University of Ireland, in Galway, and technical director of the INNOQUA project. ‘They are doing something similar in the wastewater technologies we are using.’

In soil, earthworms will munch their way through plant debris and manure to help break it apart, while also extracting chemicals like nitrogen and phosphorous from the material.

The INNOQUA project is instead using earthworms to break up the sludge that will often clog filters at sewage plants. It is attempting to use the creatures as part of a filter that contains woodchips and gravel to trap solid material from raw sewage effluent so the worms can then break it down.

‘We have been quite surprised by how effective this filter has been.’
– Dr Eoghan Clifford, National University of Ireland

Bacteria living in the woodchips then complete the job by further breaking down the material excreted by the worms.

‘The worms break down the sludge and solid matter, which prevents the system from clogging,’ explained Dr Clifford. ‘This means it requires a lot lower maintenance than other types of systems. This is important for small-scale systems in remote locations.’

The INNOQUA project is aiming to set up 11 demonstration projects in different countries all over the world to test how its animal-based filter system will work in a variety of settings. One of those sites will be in a remote community close to the highland village of Littlemill, in Nairn, Scotland.

Scottish Water, which is one of the partners on the project, currently has to send trucks hundreds of miles to collect sludge from septic tanks in remote communities. In some cases, these tankers have to make long ferry journeys to reach island communities where there is no local wastewater treatment.

It is hoped, however, that the filter system being set up by INNOQUA will be able to clean the wastewater produced by a community of 19 people at the site in Scotland.

Dr Clifford said that early results from a prototype filter using municipal sewage in Galway have shown that the earthworms can remove more than 90% of the ammonium and over 95% of the organic carbon from the wastewater, although they are now testing the limits of how much sewage the system is able to handle while trying to reduce its size.

‘We have been quite surprised by how effective this filter has been,’ he said. ‘But the earthworm technology will in itself not treat wastewater to a reusable standard, so it needs to be partnered with other technologies to further treat the water.’

This is where the Daphnia – also known as water fleas – come in. The INNOQUA vision is for several different water treatment systems to be used together as modules that can be combined to clean water to the standards required in different countries or uses.

Daphnia are tiny filter feeders that consume material suspended in water, including potentially harmful bacteria. A prototype of this filter is being tested by the University of Girona, Spain, at a wastewater treatment site outside the village of Quart, just a couple of kilometres outside Girona itself.

‘The Daphnia are in charge of cleaning out particles after most of the carbon and nitrogen has been removed,’ said Dr Narcís Pous Rodríguez from the University of Girona, who is leading the testing of the Daphnia filter. ‘Our system can currently cope with a flow range of 700 to 3,000 litres a day.’

Demonstration sites for the project will include Ireland, Scotland, India and Ecuador, presenting a wide range of different conditions. Daphnia are sensitive to temperature so one solution could be to install the filter underground in countries where they might be affected.

After the Daphnia treatment, wastewater might need further treatment with ultraviolet light, for example, before it can be considered safe for reuse in most countries. 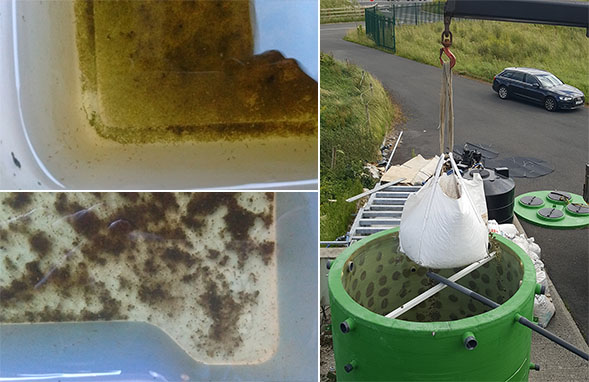 There can also often be other synthetic chemicals in wastewater that can be difficult to remove without expensive industrial processes. Pollutants like polychlorinated biphenyls (PCBs), which are now thought to cause cancer in humans, were once widely used in many consumer products as coolants, lubricants and additives, but are long-lasting once they leach out into the environment and have become a major contaminant in water supplies worldwide.

The most common route for destroying PCBs is to either incinerate contaminated soils or to treat polluted water with other chemicals to degrade them.

But researchers working on a project called Cryo-bacteria-reactor are aiming to use living organisms to tackle these pollutants. They have developed a method for immobilising bacteria into porous structures so that they can strip PCBs out of the water as it is filtered through the material.

‘There have been some attempts to use bacteria already but as free cells in the sludge of water treatment systems or using bioreactors with immobilised bacteria,’ said Dr Irina Savina, a chemist at the University of Brighton, UK, who is leading the project. ‘There are difficulties in keeping the bacterial biofilm stable in these existing systems and they can often be relatively inefficient.

‘We have been able to produce a three-dimensional porous material directly from bacteria with a minimal amount of polymer.’

Currently the Cryo-bacteria-reactor team have been testing their technique using bacteria that degrades chemicals that they are using as models for PCBs.  The living bacteria are fixed in place inside a sponge-like material that has pores 20-150 micrometres in size. They were able to biodegrade relatively high concentrations of the chemical contaminants over 2.5 to 5 days to leave just trace amounts behind.

These bacterial sponges can be reused at least 10 times, according to the project’s research, while they can also be frozen for storage, before being later re-activated.

‘We can adapt the bioreactor to use local bacteria species that have the ability to tackle different chemicals,’ said Dr Savina. ‘It gives us an environmentally friendly way of removing pollutants from water.’