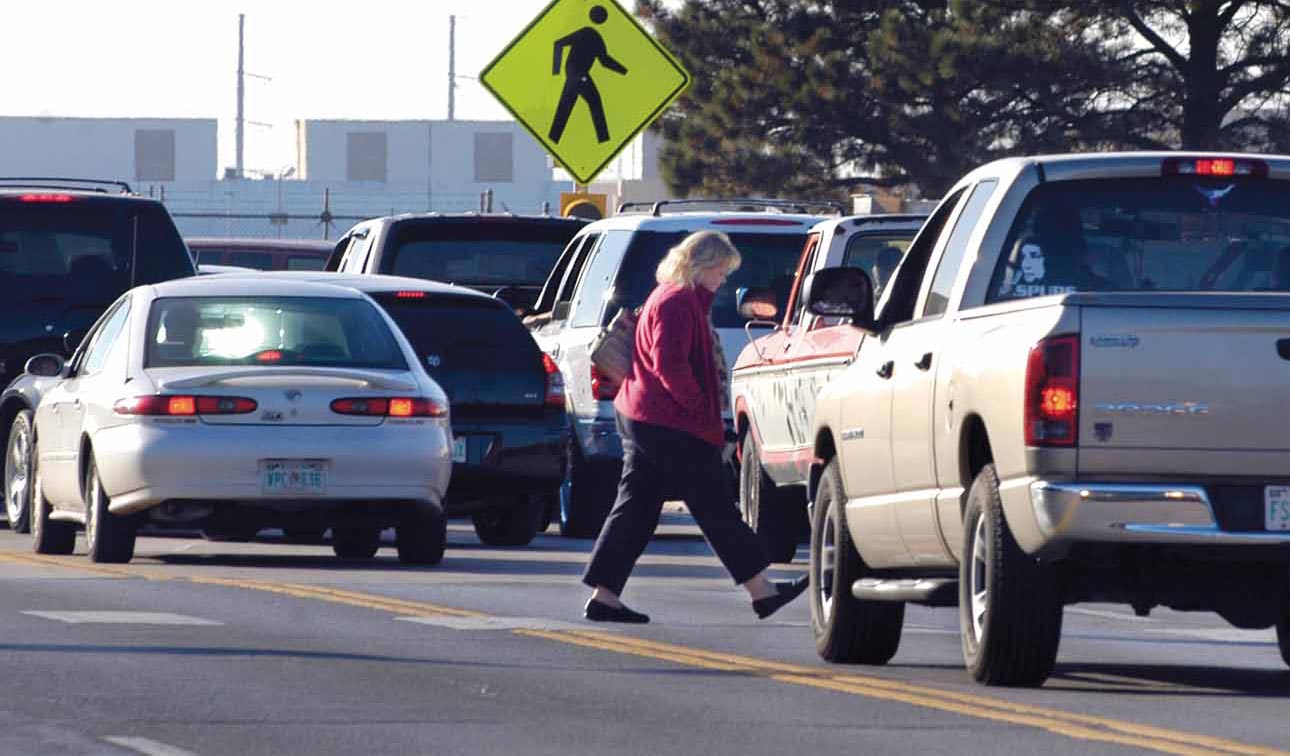 Decision-making is part of daily life but in many situations, from deciding whether to hit the snooze button on your alarm or reacting to an intruder, choices are made very quickly. Now we’re getting new insight into how these snap decisions are made.

Professor Karin Roelofs, a psychology researcher at Radboud University in Nijmegen, the Netherlands, is interested in how people freeze when faced with a threat, and the subsequent fight-or-flight response, where the body prepares for either confrontation or escape.

‘Over the past decades, these behavioural reactions have largely been ignored in psychology,’ she said. ‘I feel like it’s really important to focus on them because they influence more complex decisions.’

Animals and early humans relied on these reactions to survive being eaten by predators, but they are still relevant today. They can influence whether a person approaches a stranger, for example, or a police officer’s decision to use a firearm.

Prof. Roelofs has spent the last five years investigating what exactly happens in the brain when we make a snap decision under stress, as part of the Neurodefense project, which ended in June.

The first step was to come up with tasks that could objectively measure the human freeze response. In one experiment, people played a shooting game in which they were subjected to attacks and were either helpless or able to respond. A mild electric shock was administered to mimic being shot after a false hit or a miss, and the researchers measured changes in posture and heart rate, the two main indicators of the freeze state.

The game was then repeated in an MRI scanner which showed that connections between the mid part of the brain and the amygdala – the part of the brain responsible for emotions such as fear – control freezing, while frontal structures are involved when a person switches from freezing to action. These results echo previous observations in studies of animals.

‘It was the first time we showed in humans that similar neural circuitry is involved,’ Prof. Roelofs said. ‘That was cool.’

‘Perhaps freezing is one of the core coping mechanisms that helps us adequately perceive a situation and select a reaction to it.’

In follow-up experiments, Prof. Roelofs and her team looked at how freeze-fight-flight reactions are altered in patients with psychological disorders. For example, they investigated how hormones such as testosterone are related to the impulse to fight and whether people with social phobias or, at the other extreme, psychopaths, show hormonal variations from the norm.

Their findings showed that patients suffering from extreme anxiety have lower testosterone levels. ‘If we give them a bit of testosterone, it can alleviate their tendency to immediately avoid a threat,’ Prof. Roelofs said. As a result of the research, anxiety clinics have now started a trial investigating the effects of boosting testosterone levels in patients with social anxiety disorders to complement therapy.

On a longer-term basis, Prof. Roelofs has been following children from the age of 15 months until they were 17 years old to see whether abnormal freeze-fight-flight reactions can be predicted early on. A study from the Neurodefense project showed that infants who either froze too long, or not at all, when exposed to a stressor were at risk of developing anxiety symptoms in adolescence.

And while freeze behaviour can have connotations of indecision, Prof. Roelofs and her colleagues also found that a strong freeze reaction can have benefits by helping people to quickly make a suitable choice.

‘Perhaps freezing is one of the core coping mechanisms that helps us adequately perceive a situation and select a reaction to it,’ Prof. Roelofs said.

Knowing more about how reactions occur in the brain opens up opportunities to bring them under conscious control. The team is creating a virtual reality game that will initially be used by police officers in the Netherlands to teach them to bring their bodies into a relaxed state and control their freeze-fight-flight reactions more effectively in stressful situations, which can decrease shooting accuracy.

But speedy decisions aren’t just made under stress. In certain everyday situations, there also isn’t much time to ponder different choices. When driving on the highway, for example, a driver can have a short window of time to decide whether to take a particular exit.

Professor Birte Forstmann, a cognitive neuroscientist at the University of Amsterdam in the Netherlands, is interested in how people make such everyday decisions, which usually need to be made in a couple of seconds.

‘I’m particularly interested in strategic decision-making, in aspects that are in voluntary control,’ she said.

Prof. Forstmann is curious about what parts of the brain are involved and the mechanisms responsible – as well as individual differences. People with impulsivity disorders such as attention deficit hyperactivity disorder (ADHD), for example, have trouble with strategic control.

As part of the five-year Speed project, which just ended, Prof. Forstmann and her colleagues used a state-of-the-art MRI scanner to take high-resolution images of the brain while participants made quick decisions. They would have to decide whether a cloud of dots on a screen was moving to the left or to the right in a matter of seconds. ‘These types of tasks allowed me to explore different aspects of decision-making,’ Prof. Forstmann said.

Her team was particularly interested in the subthalamic nucleus (STN), a structure in the brain involved in the decision-making process. They found that the STN becomes more active during decision-making when there are several possible choices rather than just two options – a scenario that’s very relevant to everyday tasks.

‘Standing in the supermarket and having to select between different types of soups or spaghetti, for example, can become quite cumbersome,’ Prof. Forstmann said. ‘These types of (multi-alternative) scenarios are still quite understudied.’

Prof. Forstmann and her colleagues are keen to follow up their research by examining other nuclei located deep in the subcortex region of the brain. This could provide clues about how people make decisions and help scientists work out how to treat psychological disorders.

‘By better understanding the functioning of these nuclei, we may eventually find relay stations or hubs that are relevant for obsessive compulsive disorder or depression, for example,’ Prof. Forstmann said.

Insights into the freeze-fight-flight response are helping researchers to develop techniques for bringing snap reactions under conscious control. Image credit – Margo Wright/ US Air Force. The appearance of U.S. Department of Defense (DoD) visual information does not imply or constitute DoD endorsement.