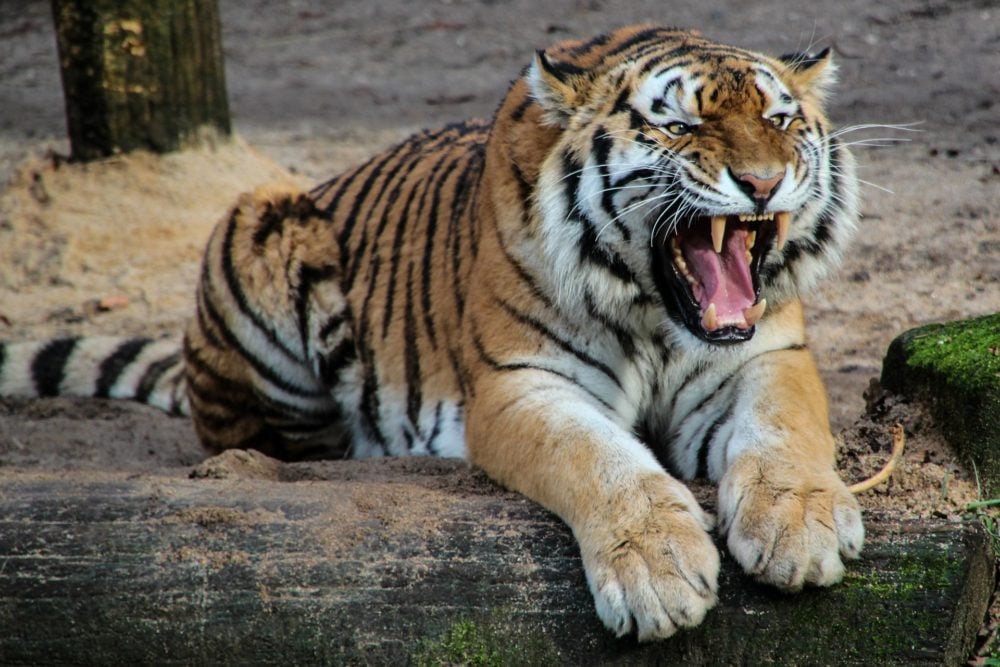 For most people a bit of healthy aggression can give them a competitive edge, but in some it can spill over into violence and now scientists are hoping to unravel why.

Aggression is among the most fundamental of natural behavioural responses seen in all animals. It can help predators secure their next meal and gives prey a fighting chance to survive another day. From cubs to children, playful aggression is also part of a healthy cognitive and physical development.

But in many modern human societies, aggression is often socially unacceptable, especially when expressed in the wrong situation. It is often associated with violence and crime. For some people, controlling their aggression can be such a problem it can ruin lives and so understanding where it comes from could provide new avenues for treatment.

‘Aggression is not just one concept,’ said Professor Barbara Franke, molecular genetics expert at Radboud University, the Netherlands. ‘It’s a number of different phenotypes (the characteristics that arise from genes interacting with environment) that have evolved for different purposes, and that are probably supported by different routes in the brain and therefore should be treated differently.’

She coordinates the EU-funded AggressoType project which involves teams of researchers, clinicians and companies who are trying to research the problem from the molecular level up to that of an individual’s behaviour. The aim is to understand the mechanisms underlying aggressive behaviour and find new ways of preventing and treating it.

According to Prof. Franke, one of the most promising studies within the project involves creating a cheap and fast test to see the impacts of a certain drug on aggression.

‘Our colleagues in Leicester (UK) and Lissieu (France) developed a screen (test) using zebrafish,’ she said. This makes a good (animal) model because ‘it does have a short life cycle and produces a lot of offspring, so you can quickly get to a new generation, and there is a good genetic toolbox available if you want to genetically modify your fish based on what we learn about the genetics of aggression.’

Other research groups in Mannheim, Germany, and Zürich, Switzerland, are testing a therapeutic technique called biofeedback, which gives children visual feedback about their physiological arousal to prevent aggression.

In the UK, Professor Philip Asherson, a molecular psychiatrist at King’s College London, has spent the last four years exploring the neurological basis of aggression and its treatment under the Aggressotype project.

‘It’s like a red mist that descends on them,’ he said. ‘People click to another mode and it’s hard for them to hold back.’

‘People click to another mode and it’s hard for them to hold back.’

He is studying aggression in the context of Attention Deficit Hyperactivity Disorder (ADHD) in prisons. It is work that has already identified potential treatments.

‘A lot of prisoners with ADHD have problems with controlling their emotions,’ he said. ‘We are doing a randomised trial among prisoners to see whether the compound we administer alters their behaviour, reducing negative aggression.’

The trial is entirely voluntary, has no bearing on the prisoner’s sentence or care, and those who decline to take part receive treatment available to all with ADHD. So far, early results suggest that treating ADHD with commonly used stimulants can help reduce aggressive behaviour. Researchers hope that once the treatment’s wide ranging impacts are better understood, the therapy might allow prisoners to engage in new positive activities such as education or employment.

The approach perhaps highlights the need for new ways of thinking about aggression that is drawing social scientists and medical scientists closer together in their effort to tackle the issue.

‘Of course you can just think of aggression as a reaction to your environment and focus on supporting people in their early development,’ said Prof. Asherson. ‘For example, making sure children have a good upbringing in a loving family.’

But once people develop aggression, they have enormous difficulties in controlling their reactions and treating the problem becomes much harder, he added. It suggests there needs to be a more joined up approach when dealing with aggression and violence.

This is something that another EU-funded project, called Risky Brains, is hoping to help foster. It is helping to identify the social and political implications of the scientific research into the underlying neurobiology of violence to inform those working on it from a social perspective.

In the past, the social and medical sciences have worked on the issue of aggression from opposite sides, rarely working together to tackle the common problem.

‘The main challenge is to define violence and aggression, as sometimes the definition neuroscientists use are not very precise, and sometimes even conflicting,’ explained Professor Torsten Heinemann, a sociologist at the University of Hamburg, Germany, who is part of the Risky Brains team. ‘Now life scientists are coming up with a series of very elaborate definitions, leaving social scientists feeling disregarded after many decades of work.’

His hope is that by combining neuroscience with social science, the project might also help to give a more objective look at what it means to be abnormally violent and it may help to remove common prejudices such as race, wealth or education that often enter discussions on this issue.

This can creep into even apparently objective scientific studies. Prof. Heinemann hopes that efforts such as the Risky Brains project can help to highlight potential flaws in the methods used in research and correct them. It could help researchers who are trying to identify traits – whether genetic or in their environment – that might suggest an individual is more likely to be aggressive.

By identifying the early signs of dysfunctional aggression, it may one day be possible to help those who struggle to control themselves.