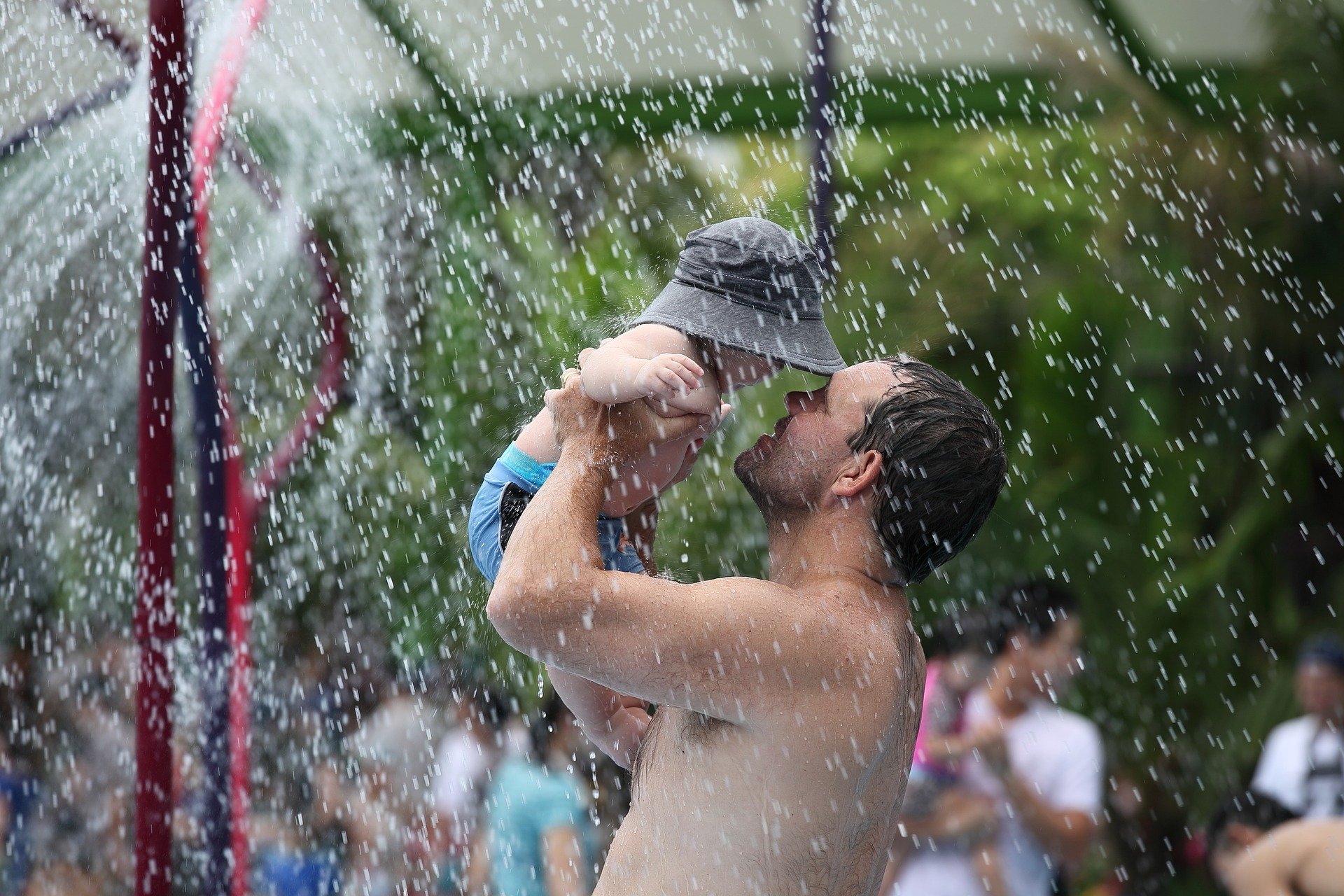 Fathers’ hormone levels and brain activity may change when they spend time with their children, helping them adapt to parenthood in a way that has been overlooked until now, according to Professor Marian Bakermans-Kranenburg, who studies children and family relations at Vrije Universiteit Amsterdam and was until recently at Leiden University in the Netherlands. She is conducting a series of studies with new fathers, to investigate the role that hormones can play in how they bond with their children.

There is a lot known about the hormonal changes in mothers, but do they compare to what happens in new fathers?

‘Mothers undergo major changes naturally during pregnancy and after they give birth. We know that during and after birth the levels of a hormone called oxytocin go up immensely in mothers. Oxytocin derives its name from the ancient Greek word for swift birth because it causes contractions during labour and so can improve the birth experience. It also helps to start lactation for breastfeeding, but it also has other functions.

‘Oxytocin plays a role in relaxation and it may impair memory. We did a study that showed oxytocin can help mothers forget how much their baby cries. Adaptive forgetting! But it is also known as the love hormone, and it boosts positive feelings between a mother and her baby, strengthening the bond with the child.

‘Fathers do not go through such a dramatic hormonal explosion, much less happens to them physically, but there is some evidence that they too experience hormonal and neural changes.’

Is this hormonal effect in fathers a controversial idea?

‘Yes it is, but perhaps mainly because the changes in fathers have been largely overlooked. Half of parents are fathers, yet 99% of the research on parenting focuses on mothers. At the same time, the participation of fathers in parenting has increased over the past 30 years, so it seems surprising that the research has not followed that movement.’

‘There are some indications that testosterone levels change in men when they have a child — though the evidence is not as robust as originally thought. Moreover, studies from an Israeli research group show that fathers who play in a more active way with their children have increased levels of oxytocin after playing compared to those who are less actively involved. We need to do more work on this to find what triggers these changes.

‘An early study we did with fathers was to administer oxytocin or a placebo to them with a nasal spray and then we observed them as they interacted with their toddlers. We saw that the fathers took part in more stimulating play with their toddlers after they had sniffed oxytocin. So it suggests to us that oxytocin plays a role in fathering.

‘Most fathers now play a bigger role in parenting than in the past, but using the prenatal interventions we are trying with ultrasound (video feedback) could be a way of letting them interact with their child even before birth.’
– Professor Marian Bakermans-Kranenburg, Vrije Universiteit Amsterdam, the Netherlands

Do fathers undergo any changes before their child is born?

‘The period during pregnancy may also bring about changes in the father. I remember one father-to-be telling me that he found himself feeling protective of his pregnant partner on a busy train when someone almost fell on her. He said he felt angry that this person hadn’t been more careful of the woman carrying his baby.

‘We see something similar to this happening in rodents. After mating the males have increased levels of a hormone called vasopressin, which is accompanied by an increase in protective behaviour. They will defend their partner and take care of them by fighting off intruders. This is behaviour that is mediated by vasopressin.

‘We have found that in human fathers vasopressin also has an effect in a pilot study. When we gave fathers-to-be vasopressin in a nasal spray and played them the sound of an infant crying, we could see increased neural activity in response. Using functional brain imaging we could see the anterior cingulate cortex, paracingulate gyrus and supplemental motor area in their brains were more active, especially if they had experienced supportive childhoods themselves.

‘It suggests that vasopressin plays a role in responding to situations where they might need to take action to protect their offspring — such as when their infant is crying.’

So does this mean there are also changes taking place within the brain?

‘We think there are hormonal, neural and behavioural changes. This is what we are now exploring. We are conducting randomised controlled trials with fathers who have had their first baby. In one set of studies we are administering oxytocin and vasopressin to fathers in nasal sprays and looking at the effects on the neural and behavioural level.

‘In another series of studies, we try to influence behaviour by giving the father a soft baby carrier when their child is two months (old) to increase their physical contact with the baby. We take a saliva sample to monitor hormone changes and use fMRI brain scans to look for differences in neuronal activity. We are also using prenatal video feedback interventions that we have developed in our laboratory to increase parental sensitivity.’

What are the video feedback interventions?

‘The video feedback is really fun and I’ve been very impressed with how it is working. We have most experience with post-natal feedback, where we video parents as they play with their children or as they read them a book. We then watch it back with the parents and ask them to comment on it as they do, talking about what they think their child is doing and feeling. It makes them more sensitive to the perspective of the child.

‘We have now started to do this with fathers prenatally with the help of ultrasound. During an ultrasound scan we ask the father to softly massage the mother’s abdomen or to read aloud to the child or to sing a song.

‘It is amazing as we can see the baby in the womb reacting to this. When a father is reading, for instance, the baby may turn their head towards the sound, they move and respond to touch, or suck their thumb if the father is singing.

‘I think most of us still have this idea that a baby only comes alive after birth, but it is definitely a living human being long before that.’

How could interventions like these be used in the future?

‘This is a proof of principle study, but my long-term aim is to find ways of supporting parents. Of course, the role of hormones is of scientific interest, but if prenatal and early postnatal behavioural interventions bring about measurable changes in behaviour, potentially mediated by hormonal or neural changes, then these interventions are something that can be relatively easily done on a larger scale without being too intensive or costly.

‘They might be something we could do on a population scale to improve parenting or it could be used to specifically help those families that might be most in need of support with parenting.’

‘Most fathers now play a bigger role in parenting than in the past, but using the prenatal interventions we are trying with ultrasound (video feedback) could be a way of letting them interact with their child even before birth.’