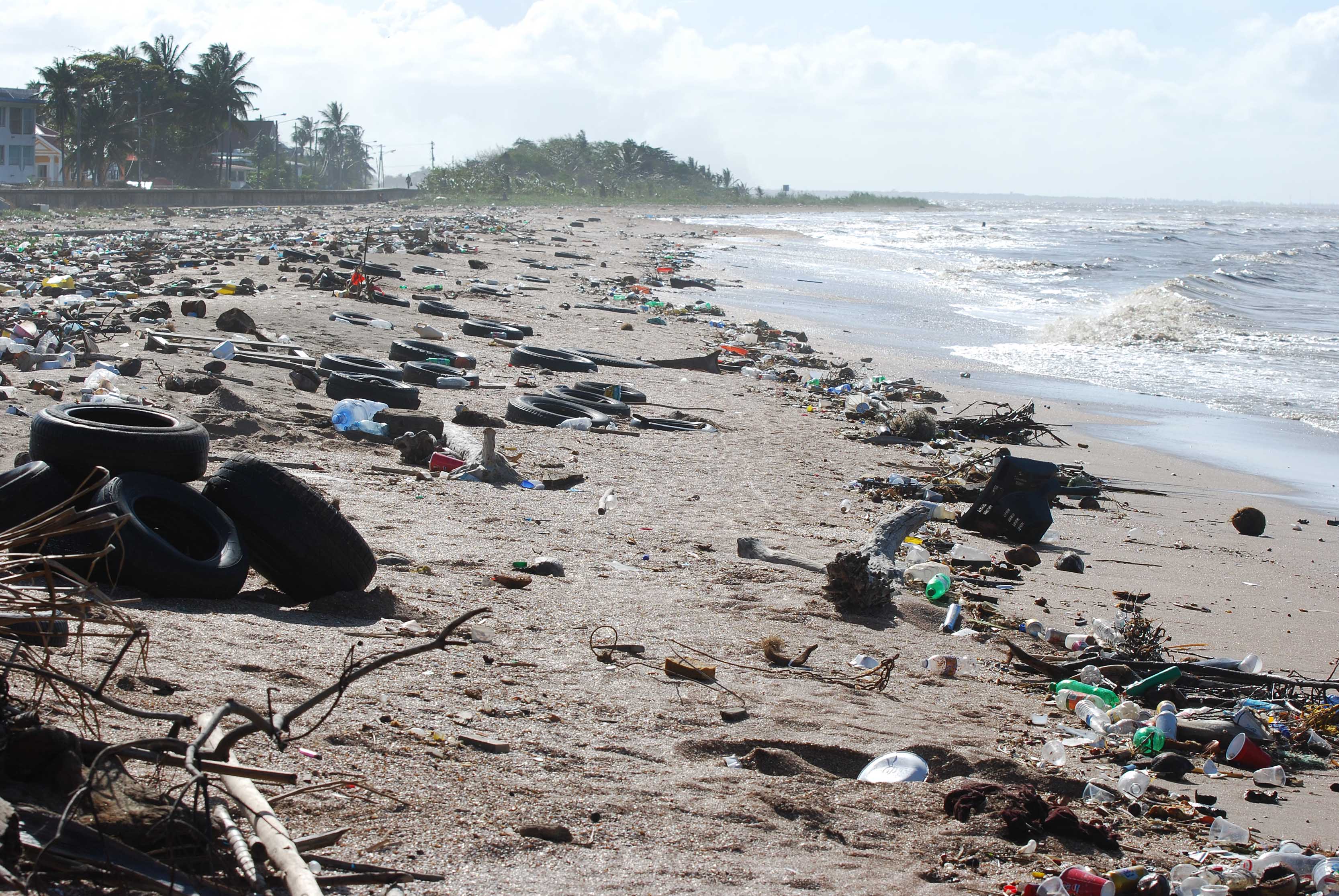 Tiny pieces of plastic, now ubiquitous in the marine environment, have long been a cause of concern for their ability to absorb toxic substances and potentially penetrate the food chain. Now scientists are beginning to understand the level of threat posed to life, by gauging the extent of marine accumulation and tracking the movement of these contaminants.

So-called microplastics are described as particles sized about 5 mm or smaller. Originating from various sources, some, called microbeads, are intentionally included as exfoliating components in cosmetics. Others emerge from normal wear and tear on the products. The majority of microplastics, however, originate from the disintegration of larger pieces of plastic waste such as packaging material on land, at coastal sites or in the sea.

These particles are considered the most common form of marine litter. However, the European Food Safety Authority says that many questions remain regarding the human health effects of microplastics and nanoplastics – particles with a diameter smaller than one-thousandth of a millimetre.

Dr Ana Catarino, a postdoctoral research associate at the UK-based Natural Environment Research Council, says there is considerable data indicating that organisms ingest microplastics. However, studies demonstrate that the concentration of microplastics in the environment is several orders of magnitude lower than most tested concentrations in the laboratory, indicating that the harmful effects could be minimal, she said.

‘Microplastics may accumulate in the gut and potentially interfere with processes like nutrient uptake or the passage of waste – but studies also showed they may just be expelled without any negative effects.’

Dr Catarino served as project researcher for the MARMICROTOX project, which was conducted between 2014 and 2016 to assess the abundance and type of microplastics in wild mussels collected from a remote coastal location in Scotland. The researchers carried out tests to check whether toxic substances associated with particles are transferred into fish such as trout, and how microplastics affect mussels.

Preliminary results suggested that toxic substances associated with the surface of microplastics might be absorbed by mussels and fish when they ingest particles. However, research into understanding how this exposure to toxicity compares to plastic concentrations in different environments – such as contaminated food – needs to be conducted, Dr Catarino said.

The researchers also observed microplastics, mostly fibres, in their mussel samples. Following this, the team went on to investigate the risk of humans ingesting particles via mussels to the ingestion of plastic fibres from household dust.

After cooking ‘in our kitchens, we left open petri dishes with sticky tape to collect dust fallout in the surrounding air. We compared the amounts of plastic fibres in this dust with the quantities we found in mussels,’ Dr Catarino said.

In an unexpected turn of events, data from the study indicated that while a regular UK consumer may ingest 100 plastic particles a year from eating mussels, their average exposure to plastic particles during meals from household dust is well over 10,000 per year. However, even the risk of such a level of exposure to human health is unknown, she added.

In order to gauge the level of health risk, it is imperative to target areas where plastic is most prevalent to understand how animals actually encounter plastic, said Dr Erik Van Sebille, associate professor of oceanography at Utrecht University in the Netherlands.

‘We just don’t know that yet, because we don’t know where the plastic is.’

To support research into the impact of microplastics on aquatic life, biodiversity and human health, scientists including Dr Van Sebille are looking into where plastic ends up in the ocean.

‘The best estimates we have are from the surface of the ocean, in terms of floating plastic, and that is probably just 1% or so of all the plastic we think has ever gone into the ocean. So you could say 99% of the plastic is missing,’ he said.

Dr Van Sebille is involved in the TOPIOS.org project, which is in the process of developing a 3D map of all the plastic in the ocean, combining a circulation model with various observations of its whereabouts across the earth’s oceans.

Three decades ago, scientists created a virtual computer simulation of how carbon dioxide is carried by the wind, Dr Van Sebille said. One year into the ambitious five-year TOPIOS.org project, he said ‘I’m proposing to do exactly the same within the ocean for plastic.’

Because the oceans are are massive, there may not be enough observations taken so far by scientists across the world to understand which areas are at high risk of pollution. Even so, TOPIOS could provide valuable insight into which regions require more observation, said Dr Van Sebille.

It is estimated that more than 150 million tonnes of plastics have accumulated in the world’s oceans, and research shows that between 4.8 and 12.7 million tonnes was added in 2010. A handful of European nations including the UK and the Netherlands, in addition to North America, are either considering or have enforced bans on plastic microbeads typically found in cosmetics and personal care products.