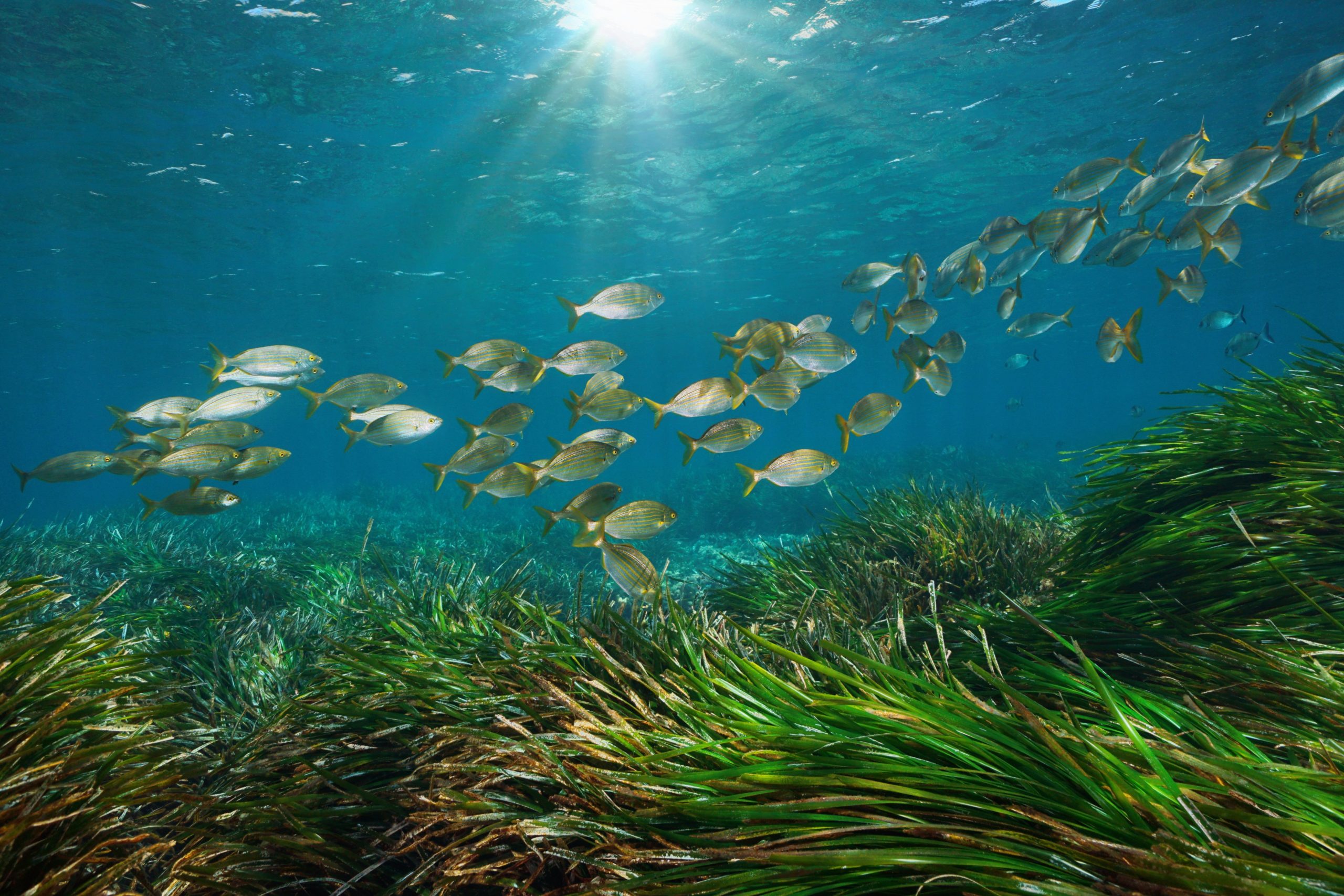 In the Tuscan Archipelago, the seagrass meadows capture carbon up to 35 times faster than tropical rainforests. The underwater flowering plants have the potential to be an essential tool in the fight against climate change but are vulnerable to disturbance from human activities such as tourism and fishing.

Coordinated from Cork, Ireland, the four-year Marine SABRES project is bringing people together to work on the conservation and restoration of the ancient beds of Tuscan seagrass as one of its focus areas.

The effects of climate change are being felt in oceans all over the world. With 22 institutions from 11 Member States, the EU-funded project will strengthen marine biodiversity in the Tuscan Archipelago, the Arctic and Macaronesia (a group of four volcanic archipelagos in the North Atlantic Ocean).

For the seagrass growing in the Tuscan Archipelago, that means looking at the impact of tourism on its conservation. Numerous groups – from port authorities to tour operators – are involved in tourism.

The project’s first job is to identify these key players, then to discuss feasible options with them and inspire local residents to get involved.

‘We want to try to enable managers working in these areas to make sustainable decisions,’ said Dr Emma Verling, who is coordinating Marine SABRES at University College Cork. ‘And to empower citizens to engage more with marine biodiversity conservation.’

One of the project’s main goals is to make it clear how economic, social and ecological systems are all interlinked.

‘We have to try to help people better understand that we really are being sustained by marine ecosystems,’ said Verling. ‘The Ocean is not just a beautiful thing – there is a real connection between it, our health and our livelihoods.’

Each of the three locations will assemble a group unique to its own activities and help stakeholders tackle social, economic and environmental factors they face in decisions that impact on biodiversity.

A second project in Ireland is driving community engagement with some of Europe’s youngest citizens. A high-tech mobile classroom – known as the Aquaculture Remote Classroom (ARC) – is bringing a new generation of marine resources to primary school children. It’s part of a push to restore and protect our oceans for future generations.

Devised by Ireland’s Seafood Development Agency (BIM) and funded by the EU, the experience features Virtual Reality (VR) headsets giving children a virtual dive into aquaculture to discover the processes of fish and shellfish production.

The roving classroom brings to life the sights and sounds of the sea, explaining how salmon, oysters and mussels are farmed in Irish waters. In Ireland, no point is more than 100 kilometres from the sea. And while many of the youngsters live in coastal communities, they generally know very little about aquaculture. 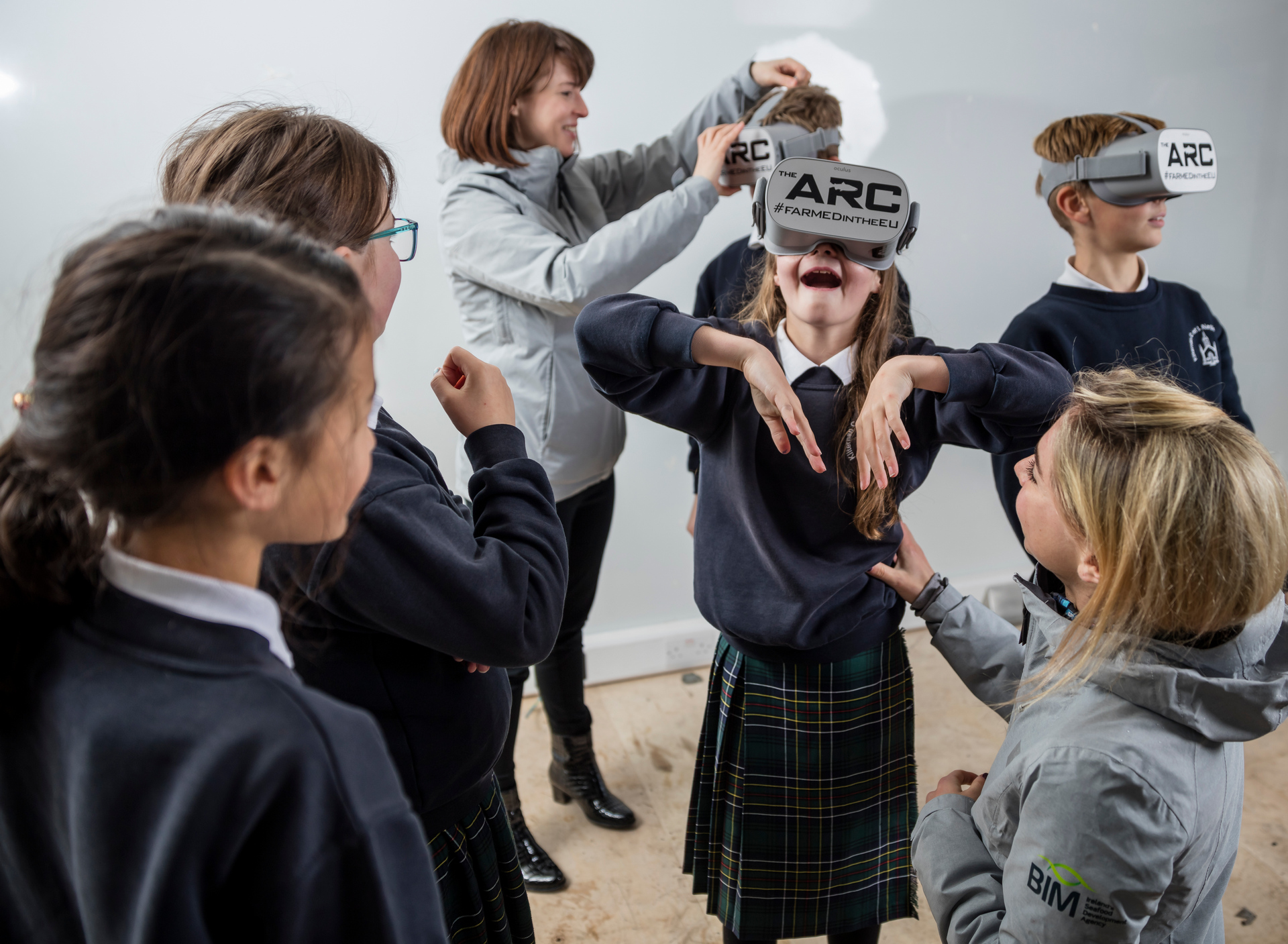 School children on board the ARC with VR Headsets © BIM, 2018

Thirty thousand children have visited the classroom so far and it has been getting rave reviews.

‘The ARC was amazing – it was great fun,’ is how one school pupil from Shanagolden National School in County Limerick described the experience. ‘We learned all about seafood, the food pyramid and how humans affect the seas and coastal environments.’

Plus: ‘The VR headsets were cool.’

By reaching out to young minds, the project hopes to instil knowledge early and debunk the myths about disease and harm that can plague the aquaculture industry, according to Caroline Bocquel, interim chief executive officer of BIM.

‘ARC is an ideal opportunity to raise students’ awareness of the aquaculture sector and to the get the factual, positive story of Irish aquaculture out to communities,’ Bocquel said. ‘To explain that it’s a force for good that creates jobs, with good career progression.’

Adults too are often uninformed about how aquaculture works and what the dietary benefits of eating fish and seafood are. So when schools are on holiday, the ARC features at seafood festivals and science-outreach events.

Both ARC and Marine SABRES can be upscaled to other regions and countries.

‘We see the ARC as a template for other European nations for aquaculture education and ultimately being part of a connected, cohesive education network that will drive understanding and appreciation of the benefits of sustainable aquaculture,’ said Bocquel.

Meanwhile, another EU-funded project called Prep4Blue is also putting citizens, policymakers and businesses at the heart of research in the field. Guided by social and sustainable science, the three-year Prep4Blue will provide tools for researchers to engage people in the gathering of knowledge to protect the Ocean.

Coordinated by the French Institute for Ocean Science (IFREMER), it incorporates 17 partners in eight countries.

‘The knowledge is there,’ says Prep4Blue coordinator Dr Natalia Martin Palenzuela, ‘But somehow we don’t change our behaviour.”

All of these projects come up through the EU’s ambitious Mission Ocean and Waters, which is a clarion call to rise to the challenge of protecting and restoring these ecosystems by 2030.

‘The Mission approach intends to increase the uptake of scientific knowledge by citizens and stakeholders including policy makers, consumers, the economic sector and so on,’ said Dr Martin Palenzuela.