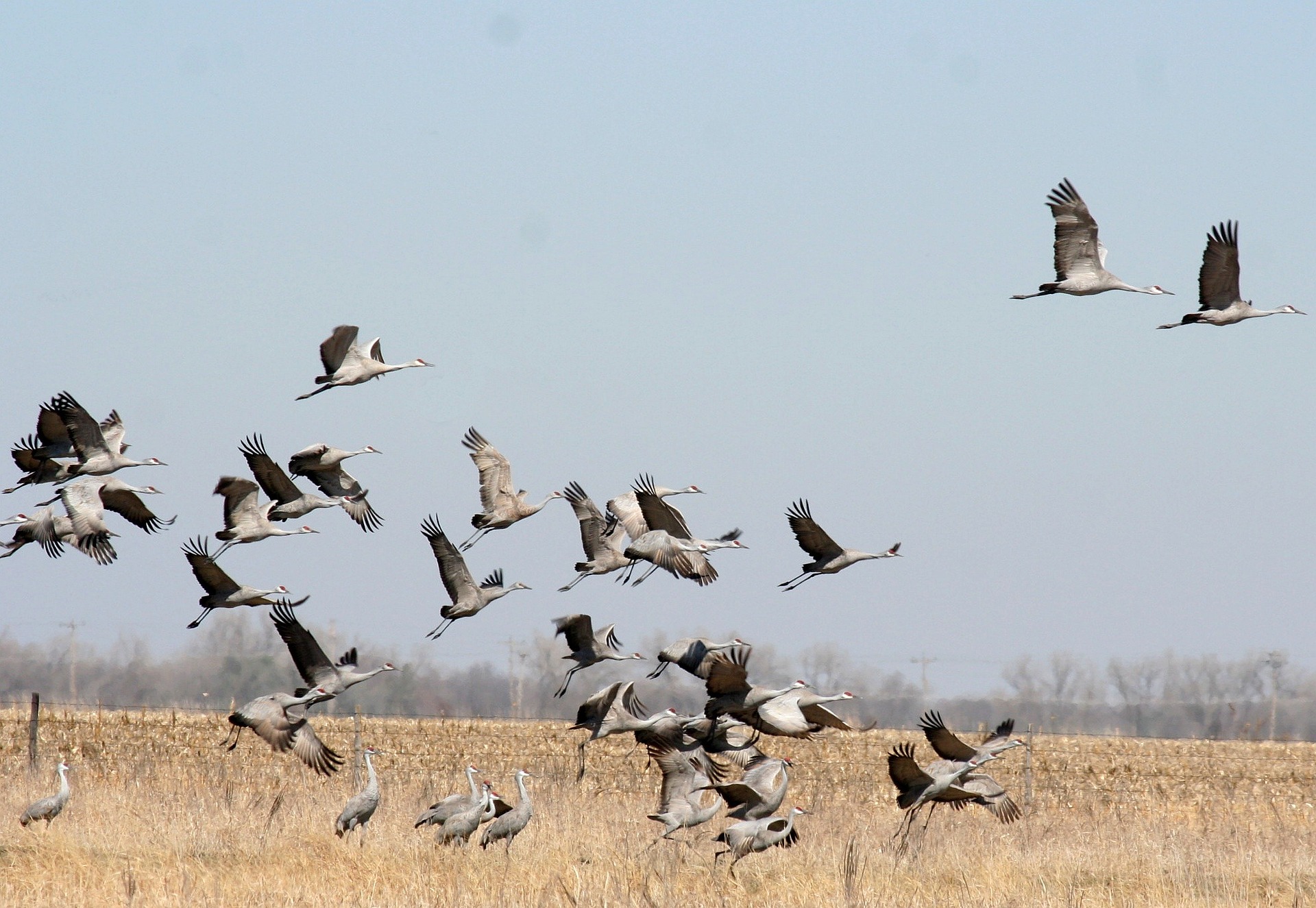 Feathers mark birds as a group, but with feathers come remarkable aerial feats. Bar-tailed godwits can fly 12 000 kilometres non-stop, flapping for over 200 hours. The avian altitude record – by a Griffon vulture – is above 11 kilometres. Some hummingbirds drum out more than 70 wingbeats per second.

Nonetheless, big gaps persist in our understanding of how much energy birds use when they fly and the influence of the environment on this exertion. A prime example is seasonal migrations. Man-made changes to the environment can force birds to expend more energy in the air and even interfere with important migration routes.

‘We still have this passage of millions of birds, and we don’t know where they are and when,’ said Dr Cecilia Nilsson, who was part of the HORIZON-funded MigrationRadar project. ‘We are starting to realise more that the air is an important part of birds’ habitat.’

From a bird-conservation perspective, this is an overlooked opportunity.

Migration usually happens on only a handful of nights around May and again around September, according to Dr Nilsson, a biologist at the University of Copenhagen in Denmark. Knowing when and where could deliver easy conservation gains.

Wind turbines, flight restrictions and lights-out projects, for example, could be adjusted during those limited number of migration nights. Or crucial forage areas could be protected for that time.

Dr Nilsson began tracking birds using an ex-military radar at night-time in the Swedish city of Lund. She was immediately hooked.

‘You leave the hut, look up and the sky is completely clear, just dark,’ she recalled. ‘You go back, turn on the radar and you see an explosion of birds flying above.’

Dr Nilsson became passionate about radars for studying birds. She now taps into weather radar data to gauge the effect of weather conditions, insect movements and landscapes on bird migration.

Such radars scan layers of sky every few minutes for moisture but, in the process, detect the total mass of birds flying in the zone. Often most are songbirds and, because biologists know roughly what each individual bird weighs, they can estimate how many are flying overhead through simple division using the total mass.

‘This works really well for nocturnal migration, which is lucky in itself because that is one of the hardest for us to track by other means,’ Dr Nilsson said.

Combined with other data, it can help paint a clearer picture of their movements. Sightings by birdwatchers assist biologists in understanding which species are flying.

Most birds fly at altitudes between 200 metres and 1 000 metres but, like planes, depending on the conditions, they may opt to cruise higher to avoid tricky weather systems. They may fly at night in order to forage during the day. Food is essential fuel.

Birds need much more energy to fly than animals do for walking, running or swimming, requiring smart choices to conserve their strength in the air.

‘It is more like swimming in a strong current,’ said Dr Nilsson. ‘We know that they choose altitudinal layers with the most beneficial winds.’

While a songbird flying into a headwind will make little progress, for example, it can go twice as far with a strong tailwind.

Dr Nilsson hopes that her radar studies can deepen understanding of where European birds go and why. She believes that, in turn, can improve policy and planning, including for the increasingly important renewable energy harnessed by wind turbines.

Wind projects in Europe have faced national permitting delays as a result of objections by conservation groups concerned about birds getting killed by colliding with turbines.

‘We don’t know a lot about where they are and that is crucial nowadays when we’re getting more questions all the time from developers, such as what altitude are the birds going to fly over my wind park,’ Dr Nilsson said.

Another source of information about birds’ flight behaviour is sensors. As part of the ERC-funded FLIGHT project, Professor Emily Shepard attached data loggers to birds that rely on flapping flight as well as soaring.

Among these were the Andean condors – vultures with a wingspan over 3 metres – that are supreme glider pilots. The birds are so expert at soaring that they flap for just 1% of the time during foraging flights, no matter what the weather, according to Prof Shepard, an ecologist at the University of Swansea, UK.

‘They’re basically dependent on finding rising air to travel around,’ she said.

Prof Shepard attached sensors to record Andean condors’ wingbeats, direction and altitude. As part of FLIGHT, she has also studied pigeons in the UK and Germany as examples of birds that fly with flapping and red-tailed tropicbirds in Mauritius that switch between flapping and soaring on rising thermals.

Tracking the movement of birds ‘has snowballed’ because sensors have been miniaturised through consumer goods such as wearable watches and mobile phones, she said. Sensors can reveal when and how birds fly efficiently – and, interestingly, when they do not. Pigeons can be remarkably inefficient, Prof Shepard has found.

She sees promise in this research for bird conservation because infrastructure development and climate change are affecting the flight paths and exertion of birds.

‘The amount of energy birds consume in flight is thought to be a major determinant of how much energy they use each day,’ she said. ‘We’re trying to understand the impact of the movement of air on all these animals and then decisions they make that influence where they fly.’

Exactly how much energy a bird expends is something she is seeking to shed light on.

In the 1970s, experiments measured how much energy was consumed by fitting masks to birds and sampling the air they exhaled. CO2 levels can tell scientists how much oxygen the birds are burning through.

‘It was ingenious,’ Prof Shepard said. ‘But birds don’t usually fly with masks and tubes attached to them.’

She is now trying new ways to take such measurements without masks.

Her team has shown it can measure individual breaths of birds as small as zebra finches while at rest. A trainer in Swansea – Kim Toogood – has trained pigeons to fly in a wind tunnel in Swansea and Prof Shepard plans to measure how much energy these birds are consuming while flying, and how this matches with tag data.

One of many questions: might man-made changes to the aerial environment affect the energy birds use for flight?

Prof Shepard hopes to find out.