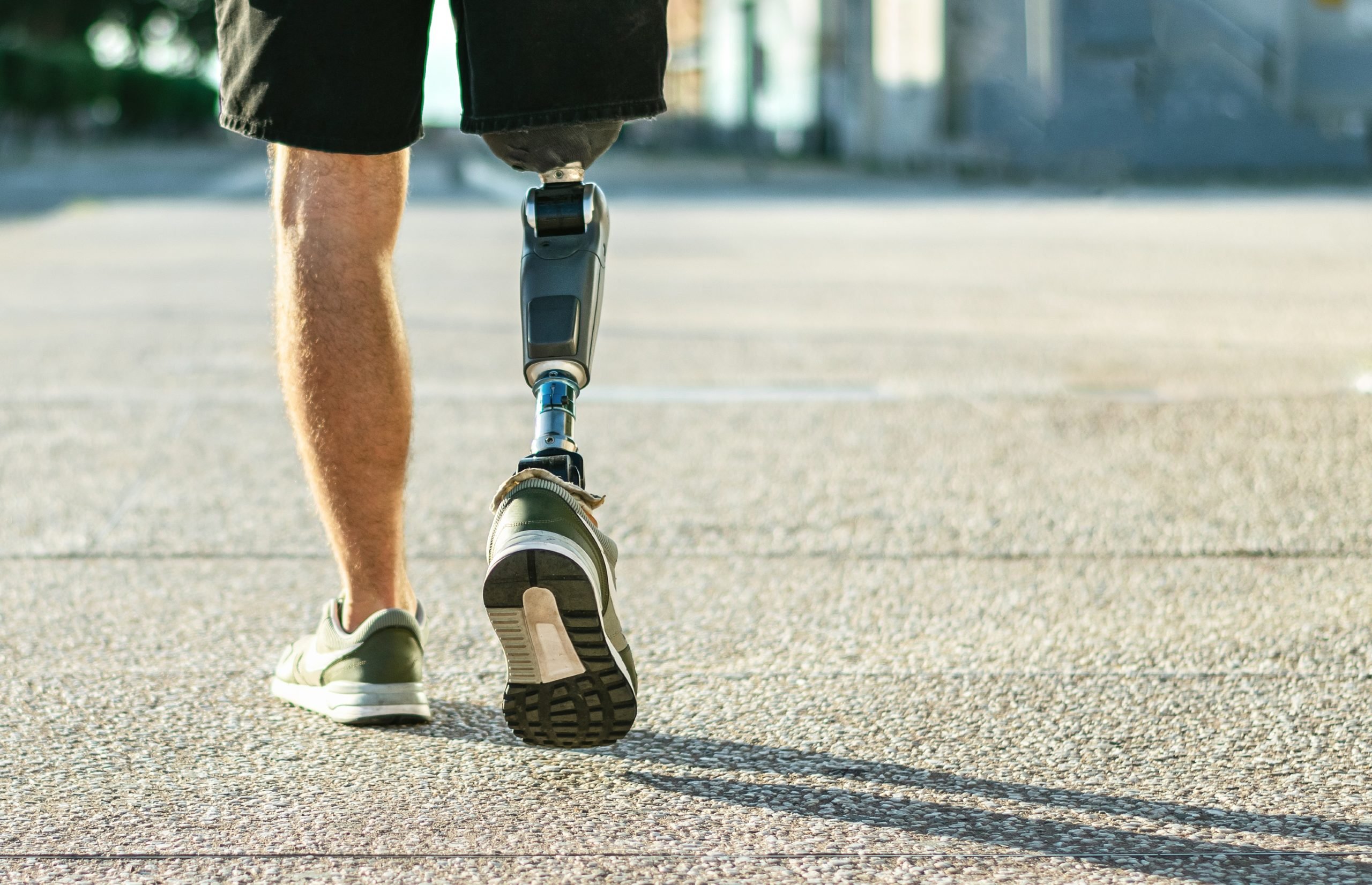 Artificial limbs, implants and extra thumbs restore and add to our body’s natural capabilities, but how do the brain and nervous system welcome these new body parts?

Not that long ago, the concept of the bionic human seemed far-fetched, but wearable robotic suits, brain-controlled extra limbs and mind-operated wheelchairs are now under active development. It brings the dream of human-machine integration much closer.

‘This is a super-exciting time for robotic technologies and advancements,’ said Professor Tamar Makin, a cognitive neuroscientist at the University of Cambridge, UK. ‘We’re seeing sci-fi-level bionic limbs and out-of-the-box designs for prosthetic limbs that don’t look like body parts.’

For some, that might seem a slightly unsettling idea. Obviously, wearable robotics and bionic implants could have multiple benefits as medical devices, such as for improving prosthetics. But beyond that, bionics and wearable robotics could potentially enhance people’s capabilities in the workplace and boost productivity.

Given such rapid advances, Prof Makin said the question arises about how the human body and brain adapt to and assimilate these devices. ‘I was feeling like a big chunk that’s often left out of this discussion is how the brain and cognition of users will relate to an artificial body part,’ she said.

Prof Makin leads the Horizon-supported EmbodiedTech project to explore such questions as how effectively the human brain can support artificial body parts. Also, to what extent does the brain start to recognise an artificial limb as part of someone’s body? How much does this rely on it looking like a real limb? And how does the brain implement feedback from the limb?

Answering such questions is key to making wearable robotics as user-friendly as possible and helping to ensure our brains can deal with them. There is scope for improvement as indicated by some estimates that as many as half of amputees do not use their current prostheses regularly.

One study conducted by Prof Makin’s team used functional magnetic resonance imaging (fMRI) on both people with a missing hand and two-handed people. They found the more regularly someone uses their prosthesis, the stronger the brain area associated with recognising hands responds to images of prostheses.

Prosthetic users also had stronger neural connections between areas allowing people to recognise and control hands, suggesting the brain had adapted itself to assimilate the prosthetic.

Another study found that the brain of regular prosthesis users appears to represent prostheses as a separate category to a hand or a tool. This is because it reacts more similarly between different prosthetics resembling real hands and those that don’t – such as a mechanical hook – than between those and hands or tools.

‘The different types of prosthetics are represented similarly to each other, so they’re clustered as one category,’ said Prof Makin. ‘The brain is by no means tricked to associate these prosthetics with biological hands.’

Prof Makin said this finding means there may be less need to fully ‘embody’ prosthetics than previously thought, potentially widening the opportunities for wearable robotics.

‘We don’t have to be enslaved to the solutions we already know,’ she said. ‘We can think of completely new materials like tentacle arms because it means the brain should be able to recognise and adopt these just as well as the bionic prostheses that have been the focus of prosthetic design in the last decade.’

The findings also suggest more potential for augmenting the human body with extra limbs. One example of this is the robotic ‘third thumb’ that University of Cambridge colleague and augmentation designer Dani Clode designed to be strapped to the hand below the little finger and controlled by sensors attached to the user’s big toes.

‘We’re not supposed to have six fingers, but it seems this is a plausible solution as far as the brain is concerned,’ said Prof Makin. ‘You could use it to hold another tool ready while you’re soldering, or if you’re playing the guitar and need a crazy chord.’

Indeed, able-bodied participants who trained with the additional finger became more adept at using it and developed a greater sense of embodiment over time. However, a mild change in the brain’s representation of the hand’s motor function after prolonged use also suggested a need for caution.

‘We shouldn’t study these technologies in isolation from the body,’ Prof Makin said. ‘We have to be very aware of potential side effects or limitations of enhanced use on the brain.’

In more Horizon-funded research, the Living Bionics project has been studying ways to better integrate medical devices that interact directly with the nervous system. Such devices include deep brain stimulation for Parkinson’s disease, as well as cochlear implants and bionic eyes used to treat auditory or visual impairments.

‘When you implant a device, it’s fundamentally very different to the surrounding tissue,’ said Dr Roberto Portillo-Lara, a bioengineer at Imperial College London who works on the project. ‘We’re trying to engineer the interface between these implantable devices and physiological tissues.’

The problem with many current implants is that they use metals that the nervous system recognises as foreign, he explained. This can create scarring and isolate the implant, compromising it in the long term and creating potential safety issues.

The solution may be to combine electronic devices with cell-laden polymers that aim to mimic the composition of biological tissues. These are carried inside a soft hydrogel that can act as a coating for existing devices or be used to create new ones.

‘We’re merging different technologies from the field of biomaterials science and also working with neural stem cells, and putting them together to create living-implant coatings,’ said Dr Portillo-Lara.

Finding the right balance between synthetic and natural polymers is critical, he explained. ‘Synthetic polymers offer a lot of advantages because they’re robust and predictable,’ said Dr Portillo-Lara. ‘Natural polymers are more difficult to work with, but more similar to what cells are used to.’

Having begun with more synthetic mixes in lab tests, the composition was found to be not very conducive to cells thriving. But incorporating more natural polymers over time contributed to better-functioning coatings being achieved in the end.

‘The answer was simple: make this more similar to natural tissues and then the cells behave better,’ he said. ‘Now it’s the best of both worlds.’ Dr Portillo-Lara thinks more advanced testing could commence by early next year.

That means it’s crucial to understand the possible effects on the brain. ‘We have to think what’s going to happen once these technologies become accessible enough so that not only patients will want to receive one of these implants, but also regular consumers.’

Dr Portillo-Lara believes such technologies could be ready within a decade, although predicting when they will become available is much trickier given challenges with ethics and regulations.

‘The applications would be virtually limitless,’ he said. ‘There are a lot of emerging applications that we cannot even envision at the moment because the technology doesn’t exist.’

Research in this article was funded via the EU’s European Research Council (ERC).  The article was originally published in Horizon, the EU Research and Innovation Magazine.