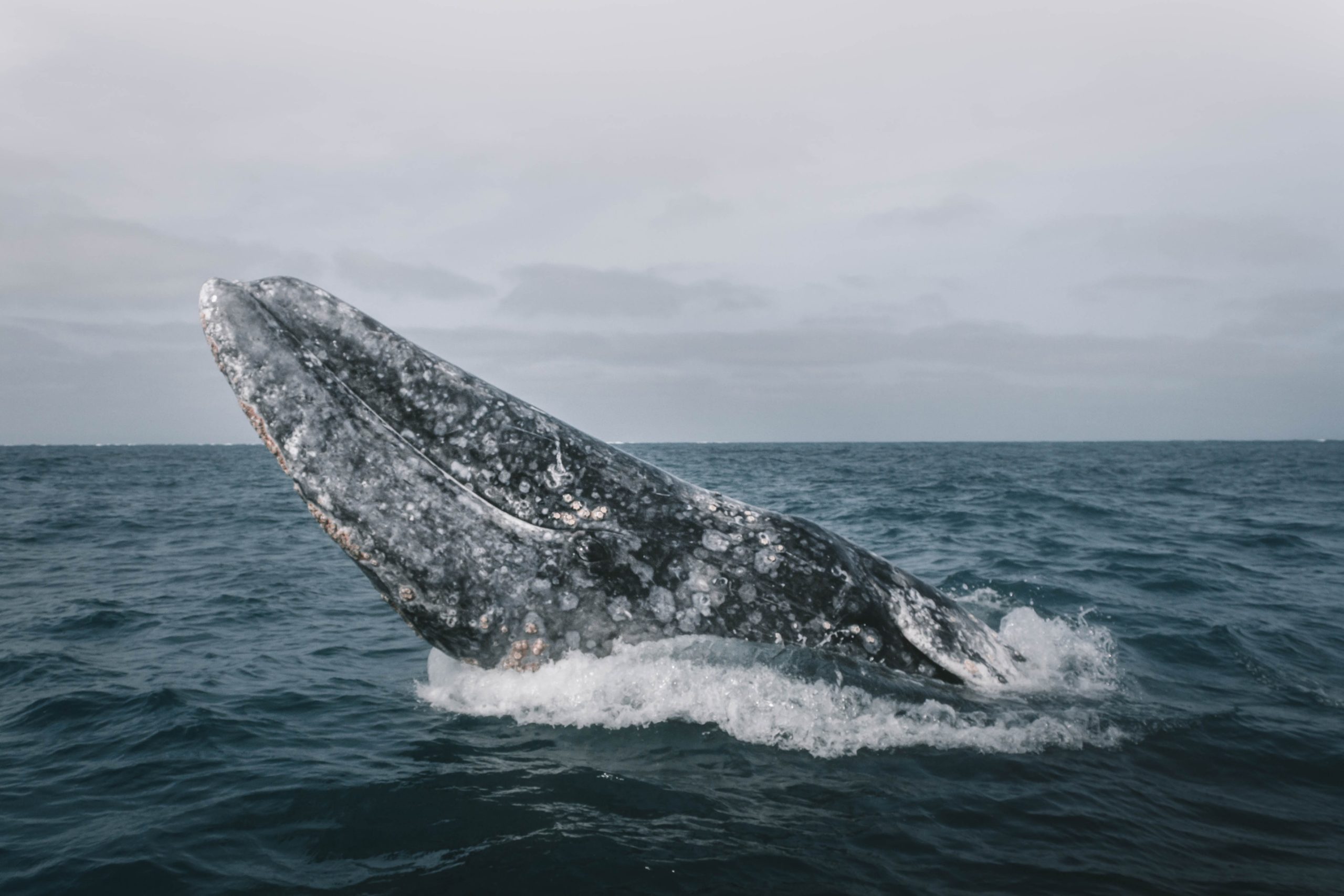 Youri van den Hurk is preparing for a possible big welcome-home event – the return of the grey whale to European waters after an absence of about 500 years.

A research fellow at the Norwegian University of Science and Technology (NTNU), van den Hurk is part of a project inspired in part by several sightings in the Atlantic Ocean over the past decade of individual grey whales from the North Pacific population.

‘The grey whale is the only whale species that has completely disappeared from an entire ocean,’ he said. Van den Hurk is part of the Horizon-funded Demise of the Atlantic Grey whale project (DAG), which is looking into whether the species might eventually return to European waters.

A better view of the future, of course, requires a clearer understanding of the past. That’s why DAG is also assessing the causes of the grey whale’s eradication in the eastern Atlantic five centuries ago, seeking information on factors that might lead to a return of the coastal cetaceans.

Grey whales can grow to as many as 15 metres long and weigh up to 40 tonnes – equal to the combined weight of about 20 cars. Their lifespan is generally 50 to 70 years.

They are part of a class of whales whose mouths feature comblike plates of bone known as baleen rather than teeth. All baleen whales eat by filtering plankton, krill and small fish out of the seawater.

Grey whales suck food from the sea floor while swimming and rolling on their sides, a practice known as bottom-feeding uncommon for other baleen whales. The resulting “mud plumes” are important to the ecosystem because they churn up nutrients and crustaceans that enrich other sea

Located in the North Pacific, the population of grey whales totalled around 27 000 in 2016, according to the U.S. National Marine Fisheries Service.

Grey whales have one of the longest known migrations of any mammal, leaving their Arctic feeding grounds in September-October and swimming south as much as around 10 000 kilometres along the coastline to breed in the warm waters off Mexico.

‘It’s unclear what triggered their disappearance from the Atlantic – whether it’s an environmental factor, a human factor or a combination of both,’ van den Hurk said.

Researchers do know that the population of Atlantic grey whales began to decline gradually approximately 50 000 years ago – a process that the experts suspect was driven by environmental factors. By the 16th century, various whaling cultures were active across Europe, leading van den Hurk to suspect they contributed to the whales’ extinction.

Still, determining the exact factors that caused this eradication remains the basic challenge.

Answering this question will be crucial to conservation efforts in Europe should the species return, according to van den Hurk.

Under the supervision of Dr. James Barrett, a historical and environmental researcher at NTNU, van den Hurk analysed the collagen preserved in the whale bones found at sites that various tribes across Europe, including Spain, south-western France, Normandy and Scandinavia used to inhabit. His total sample amounted to 717 bone fragments, including 109 from grey whales.

‘Where people lived they often took bone remains of the species that they caught or it could also be that the whales stranded at the shore and that the locals took their bones with them to their settlements,’ van den Hurk explained.

The samples were taken to a laboratory at the University of Cambridge in England where researchers performed mass spectrometry, an analytical technique used to measure the mass-to-charge ratio of ions. A bone protein known as collagen plays a central role in the analysis.

‘We look at the collagen that is preserved in the bone,’ van den Hurk said. Subtle differences make it possible to tie the collagen to a specific whale species.

Furthermore, the stable isotopes preserved in bones sheds light on the migration routes of the grey whales.

Once the results have been compiled, the next step will be to model the whales’ migration routes to provide information on malign influences such as plastics pollution or ship noise, which are likely to affect any repopulation of the eastern Atlantic.

Noise from vessels is the research focus of Jakob Tougaard, a professor at the Department of Marine Ecology at Aarhus University in Denmark. As part of another Horizon-funded research project called SATURN, he has been examining the responses of marine mammals to underwater noise from whale-watch boats.

‘Lots of noise, most of the time, that’s a problem,’ said Tougaard. ‘In open waters, the main source is commercial shipping and closer to shore it’s small, private boats.’

Such disturbances reduce the time whales spend hunting for food or feeding offspring, threatening their survival, he said.

The SATURN project advises regulators and stakeholders on acceptable limits of vessel noise and best approaches to reduction of underwater radiated noise.

While enacting new shipping regulations can generally be ‘a painfully slow process,’ he anticipates the implementation of tougher European rules to limit underwater noise.

‘I’m optimistic – there are many people who are screaming for action now,’ Tougaard said. In the coming years, he expects to see agreements within the EU setting new limits on ship noise.

Back in Norway meanwhile, as van den Hurk of NTNU contemplates the possible return of the grey whale to European waters, he thinks climate change may increase the chances.

As a result of rising temperatures, the Northwest Passage – the sea route between the Atlantic and Pacific via the Arctic – has been open for longer. This has prompted at least four whales to take a wrong turn in North Alaska, leading them into the Atlantic rather than back into the northern Pacific, according to van den Hurk.

In the summer of 2021, a grey whale ended up off the coast of Morocco and was spotted close to France and Italy as well.

It could take decades for grey whales to reclaim their habitat in the eastern Atlantic, according to van den Hurk. In any case, the mere prospect of their return sends a ‘hopeful message,’ he said.

‘It shows that the impact we have on our surroundings can potentially still be reversed,’ van den Hurk said.

Research in this article was funded via the EU’s Marie Skłodowska-Curie Actions (MSCA).  This article was originally published in Horizon, the EU Research and Innovation Magazine.