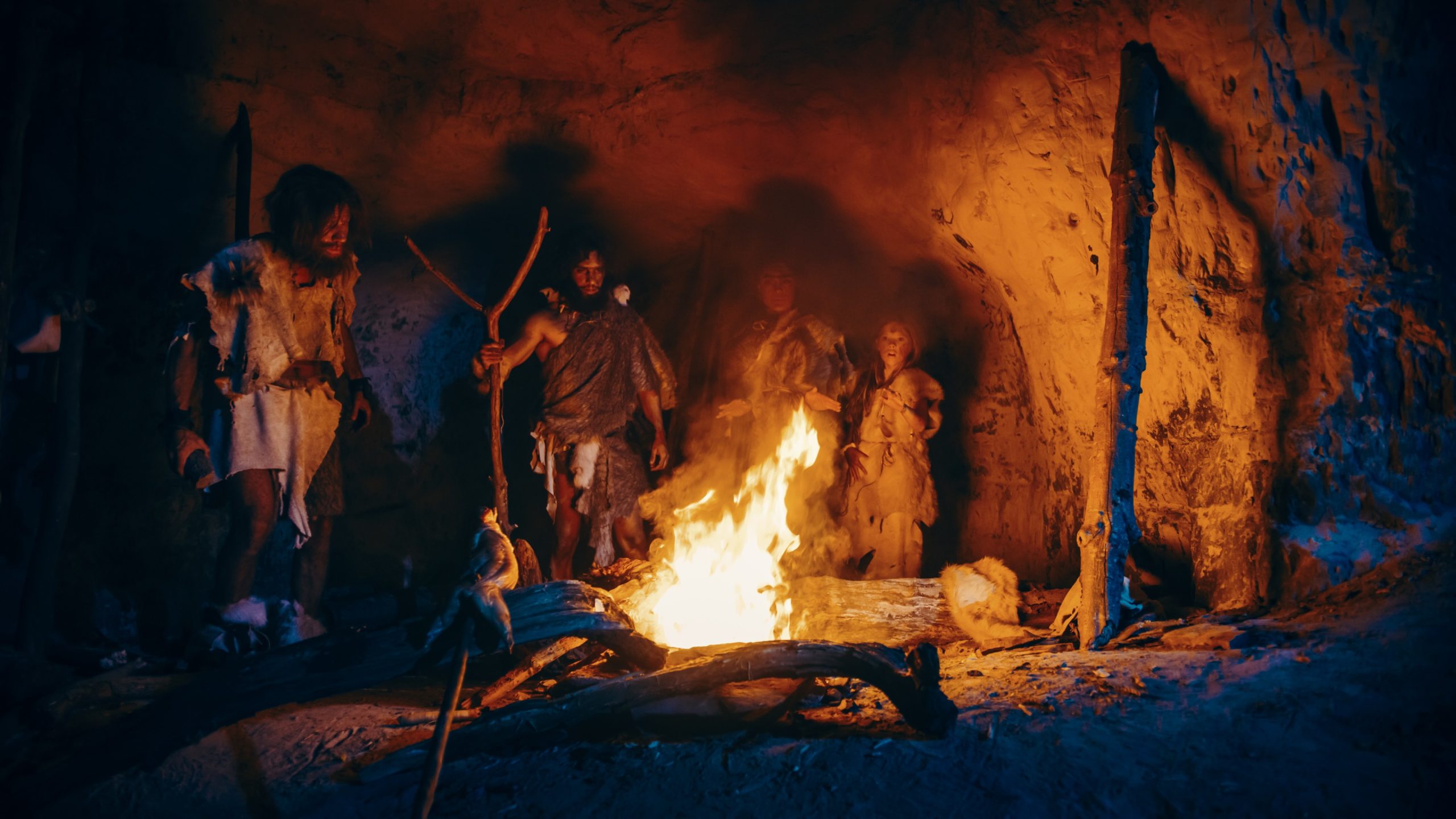 Char from ancient fires and stalagmites in caves hold clues to the mysterious disappearance of Neanderthals from Europe.

For more than 350 000 years, Neanderthals inhabited Europe and Asia until, in a sudden change by evolutionary standards, they disappeared around 40 000 years ago. This was at around the same time the anatomically modern human Homo sapiens emerged from Africa.

With their distinctive sloped forehead, large pelvis and wide noses, Neanderthals leave in their wake one of the great mysteries of human evolution.

They lived during the middle to late Pleistocene Epoch, about 400 000 to 40 000 years ago. Neanderthals lived in Eurasia with traces discovered as far north as present-day Belgium and south to the Mediterranean and southwest Asia.

They were not the only hominid (human-like) species in existence on the planet at the time. Other archaic human groups such as Homo floresiensis and Denisovans, also walked the earth.

‘At the time of the Neanderthals, there were several human species and suddenly 40 000 years ago, all disappeared but one,’ said Prof Stefano Benazzi of the University of Bologna, Italy.

He is a physical anthropologist leading the Horizon-funded SUCCESS project to research the earliest migration of Homo sapiens in Italy. ‘It’s important to understand what happened,’ he said.

We already know more about Neanderthals than any other extinct humans, thanks to thousands of excavated artefacts and fossils, as well as several nearly-complete skeletons.

Benazzi investigated what happened to Neanderthals in Italy around the time that Homo sapiens arrived out of Africa.

‘In Italy, we have a lot of (dated) archaeological sites, and we have a good overview of the different (technological) cultures falling in the time period of interest,’ he said.

A number of scholars argue that climate change may have pushed Neanderthals towards extinction. While that may have been true in other places, it was not the case in Italy, Benazzi explained.

The SUCCESS project analysed the pollen from paleolake (ancient lake) cores using minerals collected from ancient stalactites. These calcium icicles which hang inside caves are effectively climate time machines, and researchers can decode what the climate was like when they formed.

Through this approach, the SUCCESS project reconstructed the paleoclimate (prehistoric climate) between 40-60 000 years ago. In contrast to ice-core analysis from Greenland, there were no data indicating catastrophic climate change in Italy, making it unlikely to have killed off the Neanderthals.

They closely examined a period of around 3 000 years when populations of Neanderthals and humans may have co-existed by excavating seven sites they once inhabited. They investigated the cultural and tool-making differences between the last Neanderthals and the first Homo sapiens in Italy.

Homo sapiens in Italy used specific types of technology including artefacts such as shell ornaments and projectiles like arrowheads. In fact, SUCCESS unearthed the earliest evidence for mechanically delivered projectile weapons in Europe.

Neanderthals would have found themselves at a severe disadvantage to their Homo sapiens relatives in terms of weapons technology. However, that meeting in Italy may never have happened.

Recently discovered remains in southern Europe show that at least one Neanderthal had been alive 44 000 years ago while the oldest Homo sapiens remains have been dated to 43 000 years ago. It is possible that they overlapped, but none of the current evidence shows that, Benazzi said.

Each region is different. ‘The result we get here (in Italy) doesn’t mean that we’re going to get the same results elsewhere,’ he said.

In the PALEOCHAR project, Carolina Mallol, a geoarchaeologist at the University of La Laguna in Spain and currently a visiting professor at UC Davis in the United States, is raking through the ashes of time, seeking traces of Neanderthals’ lives and hints of their demise.

The goal is to study microscopic and molecular charred matter from ancient fire sediments to see what organic material they left behind.

‘The handicap of the archaeologist is that the human world is organic, and we can’t get at it,’ said Mallol, who studies Neanderthal sites such as El Salt and Abric del Pastor in Spain.

When organic matter, such as meat or plants, is thrown in a fire, the heat dehydrates it, ultimately destroying its DNA and proteins. But fatty molecules called lipids can survive if the fire does not get hotter than about 350°C, as Mallol and colleagues show in their investigations.

‘PALEOCHAR was designed to explore how far we can take the analytical techniques to squeeze molecular information from the organic black layers (in the fire),’ she said.

Paleolipidomics (the study of ancient fats) has been used to study lipids in Roman amphorae, Egyptian mummies and even prehistoric leaves.

When it comes to ancient human sediments, ‘we are the first ones to apply (these techniques) systematically,’ she said. They also expanding the known lipid biomarkers, which are like molecular “barcodes” specific to species, families or even metabolic pathways.

‘With biomarkers, you can distinguish herbivores from carnivores, conifers from angiosperms,’ she said.

Mallol and colleagues set up the world’s first AMBILAB, which stands for the Archaeological Micromorphology and Biomarkers Research Lab, based in Tenerife, Spain, which trains researchers in the techniques of soil micromorphology and lipid biomarker analysis.

The questions about Neanderthals, such as why they went extinct, are very ambitious, said Mallol. ‘Those questions require that you first determine who they were and how they lived with a lot of information –– and we don’t have that information yet,’ she said.

With each new piece of information, archaeologists and scientists burrow deeper into the mystery of why our closest relatives suddenly disappeared while Homo sapiens managed to survive.

Follow the links below for more information about these Horizon science projects.