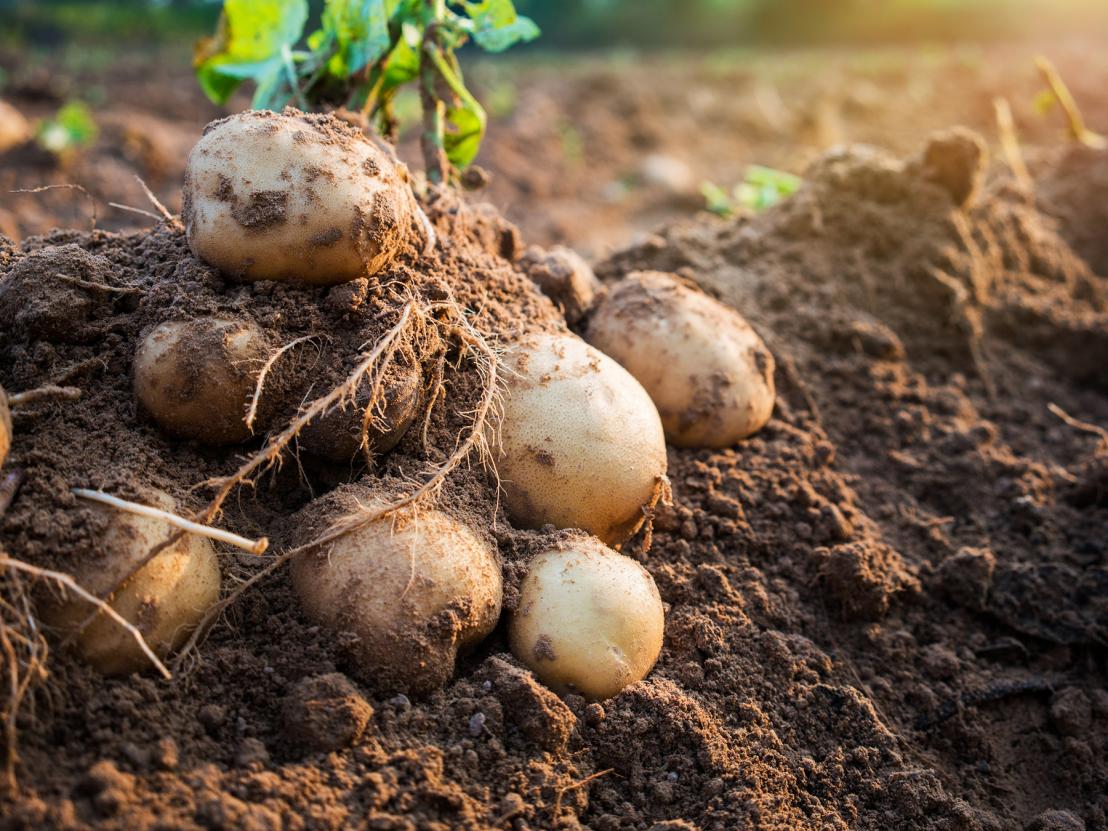 From origins in the cool altitudes of the Andes, the potato is not well suited to the extreme temperatures or flooding brought on by climate change. Plant scientists are breeding ‘super-spuds’ able to endure harsher environmental conditions.

The humble potato was first domesticated near Lake Titicaca in present-day Peru at least 8 000 years ago, and went on to sustain the great cities of the Inca empire. By the mid-16th century, it had left the Andes and crossed the Atlantic to Europe where it was introduced to Ireland in 1589 by English adventurer and courtier, the enigmatic Sir Walter Raleigh. Highly productive and extremely popular, the potato plant soon went on to become a staple in many European countries.

Today, it is the fourth most commonly grown food crop globally, after rice, maize, and wheat. Nonetheless, it remains vulnerable to waterlogging and heat stress, conditions that it did not evolve to withstand in its original high-altitude home in the Andes. Now, with pollution upending Europe’s climate, the potato has to confront these dual nemeses with increasing regularity.

‘Some potatoes are quite tolerant of drought stress, but they all have big problems with heat and flooding,’ says Dr Markus Teige, plant scientist at the University of Vienna who is leading the ADAPT project. ADAPT is developing new strategies to ensure potato crop productivity remains stable in the growth conditions of the future.

Plants afflicted by excessive heat stop producing sugars—preventing the development of tubers—and then race to flower early. This is an excellent strategy for wild potatoes to ensure the survival of the species under challenging conditions, but it delivers low yields to farmers.

A recent survey of over 500 European potato growers revealed that drought and heat were seen as the main repercussions of climate change on potatoes, followed by pests, disease, and heavy rains.

Some potato varieties are better than others at resisting environmental stresses, which suggests that there is potential for plant breeders to genetically improve the European spud to be more tolerant.

The ADAPT project brings together four potato breeders and ten research institutions to investigate how some potatoes resist stresses.

Potato breeding is especially challenging because of its complex genetics. The European variety contains millions of letters of DNA, each in four copies, on twelve distinct strands (chromosomes).

Genetic markers are akin to signposts that signify important stretches of DNA associated with a desirable trait, such as better tolerance to heat.

‘A relatively small range of potato genetics was brought to Europe,’ said Dr Dan Milbourne, potato researcher at Teagasc in Ireland, a state agricultural research organisation. Therefore, it might be possible to import new traits.

ADAPT scientists have grown around 50 potato varieties in different combinations of stress conditions in various European locations. In parallel, they have run experiments in greenhouses, where varieties are grown under defined conditions in a high-tech facility in the Czech Republic.

The plants are photographed and measured daily to record how much water they use, and their rates of photosynthesis and growth. This data can reveal how they are influenced by stress and highlight signposts (genetic markers) in the potato genome important for stress responses.

The signposts save time and money for future breeding programmes. ‘If a marker is associated with a specific trait, then, when you grow a seedling, you extract the DNA and look for the marker,’ said Dr Teige. The old way was to allow the plant to grow and wait to see if the desired trait was present.

Saving time in plant breeding is a huge deal. ‘It takes about 12 years to produce a potato variety,’ said Dr Milbourne. And he should know, because last year, his organisation was involved in the release of Buster, a new variety of potato resistant to a type of nematode worm that can severely damage potato crops.

In Ireland, potatoes must be sprayed up to 20 times during a growing season to protect against late blight. Blight has an historical significance in Ireland as it caused potato crop failure in the 1840s which triggered a disastrous famine that decimated the population.

Meanwhile, Europe is seeking to lessen reliance on chemical sprays, with the European Commission recently proposing that pesticide use be cut in half by 2030. To reduce dependence on spraying, more pest-resistant potatoes will be needed.

Dr Milbourne is part of a project called PotatoMASH, which devised a way of scanning the genetic variation across the genome of potato varieties in an inexpensive manner. The method can diagnose the presence of target diseases and pest resistance genes in potatoes by sampling only stretches of very variable DNA, which is significantly less expensive than traditional methods of identifying genetic markers.

New software developed at ILVO (Flanders Research Institute for Agriculture, Fisheries and Food) in Belgium, identifies areas of DNA where there are subtle differences between varieties.

It is single differences in the DNA code that are most interesting to breeders, explained Dr Milbourne. Potato breeding will be accelerated by identifying signposts for these areas.

‘Instead of testing thousands of individuals by infecting them with a disease and following their response,’ said Dr Milbourne, ‘I can just click out a small bit of leaf material about the size of my fingernail and test it for these markers, which can tell me whether a gene is present or absent.’

This is an important advance in the push to develop potatoes resistant to pests and diseases and able to withstand the vagaries of our future climate, while not sacrificing yield.

Crucially, it will not be a matter of breeding just one super-spud, because consumer tastes for potatoes vary widely from country to country, and there will be plenty of new potato varieties needed for the future.

‘We are looking at moving from feeding 7 billion people to between 11 and 13 billion over the next several decades,’ said Dr Milbourne.

‘We’re going to have to double production, without increasing the amount of land we farm, while also facing climate change, which could also deplete the land we have available for agriculture.’

Part of the solution is to boost the resilience of staple crops—such as potatoes—to extremes such as high temperatures, pests, and diseases, while relying less on pesticides. The race is on.

Research in this article was funded by the EU. If you liked this article, please consider sharing it on social media.