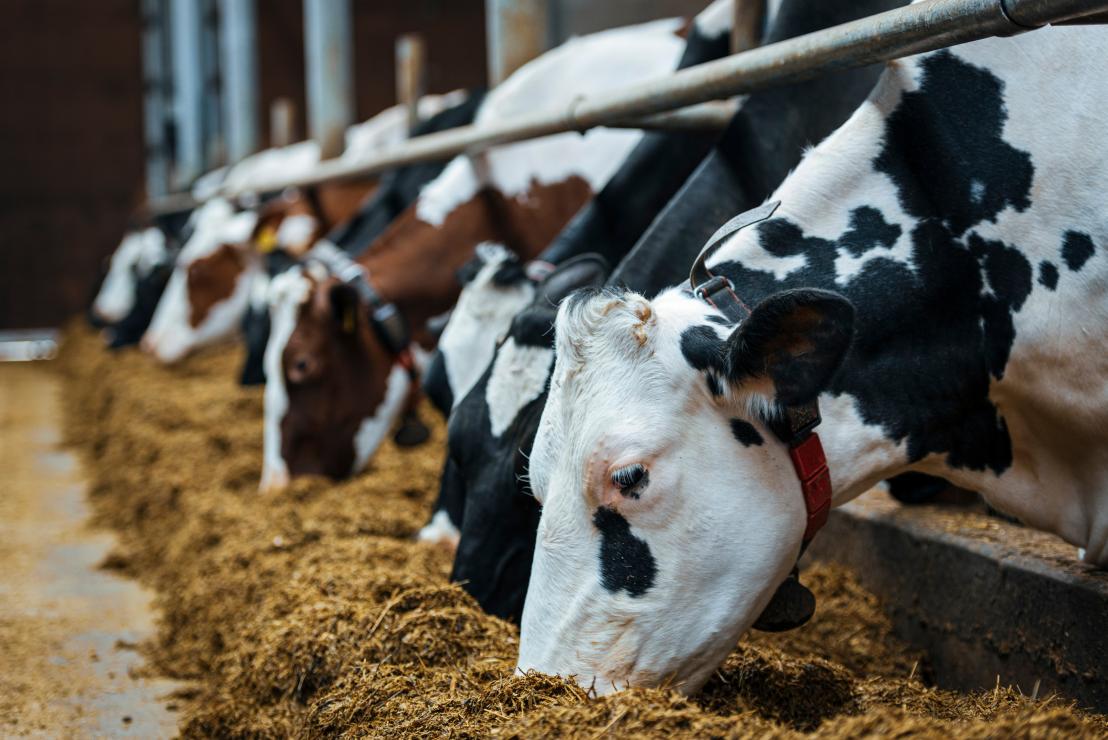 Having a big idea may not be enough to change the world – innovation is a commercial process as well as scientific inspiration. Turning research into marketable products is partly a business challenge.

It’s common knowledge that proteins, a key component of human nutrition, are also essential for making animal feeds. Less well known is the uncomfortable fact that much of the protein we feed animals in Europe leads to deforestation and overfishing worldwide.

Biotechnology start-up Deep Branch have designed a biochemical transformation process that turns carbon dioxide (CO2) into a protein-rich powder for animals to eat.

British-Dutch company Deep Branch is the brainchild of Peter Rowe, a PhD graduate in molecular biology of Nottingham University in the UK. For him, the idea to convert CO2 into protein just kept popping up. ‘We looked at the field and wondered “Why the hell isn’t anyone doing this?”’ said Rowe.

Raising livestock and fish farming requires foods with high protein densities. Around 80% of the world’s soy crop is used to raise beef and dairy, with demand for these products increasing with the growing population.

Aquaculture depends on fishmeal production, which is partly reliant on harvesting fish from the wild.

Soy agriculture drives deforestation, global warming and habitat loss while overfishing endangers ecosystems and affects the balance of life in the oceans. Overall, food production has a huge role to play in the climate and biodiversity crises.

There’s also the issue of food security. ‘Europe is almost completely reliant on South America for the protein we use to feed our animals,’ said Rowe. ‘There’s a high risk of extreme events, geopolitics or even weather, disrupting that.’

The carbon dioxide can come from many sources. In the pilot, Deep Branch used gas coming from a bioenergy plant that burns waste wood. ‘We culture these microbes in a bioreactor,’ said Rowe. ‘This is the same technology used to make enzymes in biotechnology, or even brew beer.’

The carbon dioxide is put into a fermentation tank as a gas, with hydrogen added to serve as an energy source. After the cellular process is complete, the protein is then dried into a powder to be used as an ingredient in a sustainable animal feed.

It’s the type of idea that could make a circular, sustainable economy grow. Deep Branch emerged with Rowe’s biotech qualification. However, he wasn’t necessarily interested in a career in academics.

‘I never saw myself as a career academic, but a PhD is a good choice for a career in biotechnology,’ he said. On the other hand, ‘I like the idea that my research has real, short-term impacts in the world,’ he said.

According to Rowe, speculative research is always necessary, and universities are ideal places to pursue that. But bridging the gap from academia to the private sector presents its own challenges.

‘Some technologies would never have been invented in the private sector,’ said Rowe. ‘Sometimes you need fundamental scientific breakthroughs. But afterwards there needs to be a transition to the market.’

Universities will need to improve their policies around spin-off businesses for this process to work better, argues Rowe. As it stands, when technology is developed at an institution, universities and even individual academics take a share of the value in a spin-off company.

The problem is, sometimes this share becomes too high. When this happens it potentially impacts the further growth of the company by disincentivising private investment.

‘The university or academic who gets the equity doesn’t get any risk,’ said Rowe. ‘The PhD-students or postdocs who founded the company take all the risk.’

By taking an equity stake that is too large, institutions could potentially affect the development of the business. ‘We need to ensure that young researchers can go out and take risks,’ said Rowe.

In the meantime, Deep Branch seems to be a good example of how the transition from academia to private industry can work well. With a growing team, the business is seeking further investment to develop their next facility.