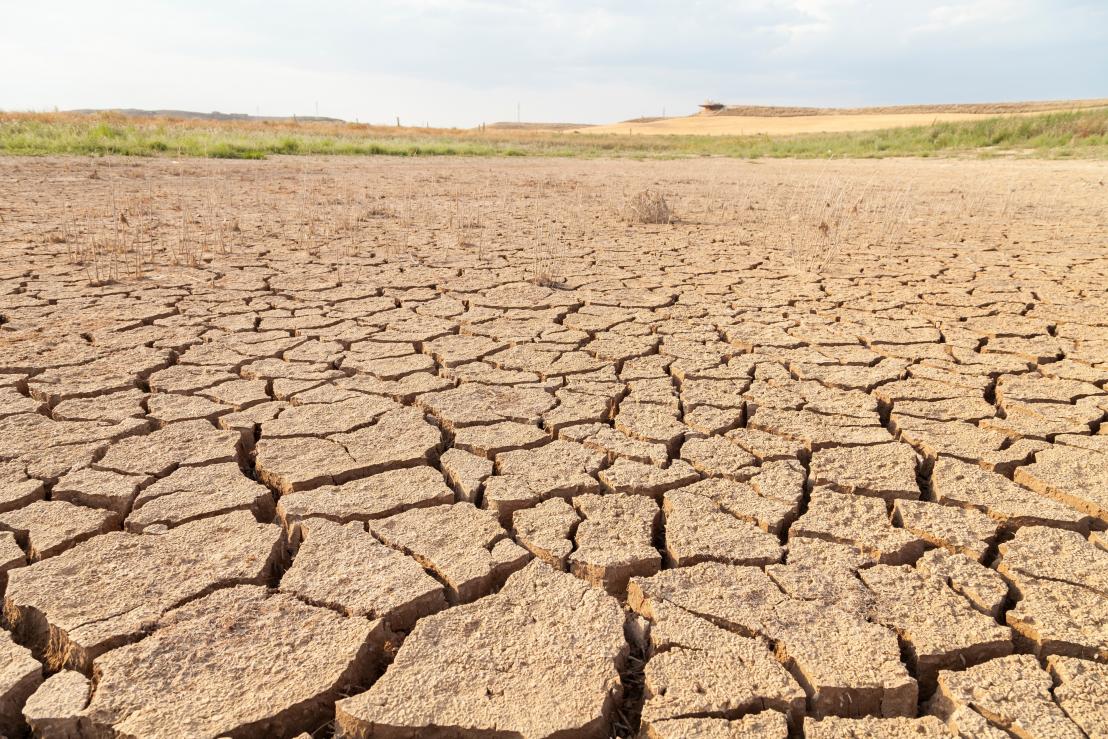 Drought and desertification threatens to degrade land in Europe and around the world. We take a look at some new studies into how drought spreads and deserts develop.

The scale of the issue is sometimes under-appreciated, but drylands cover over 41% of the Earth’s terrestrial land surface. They are now home to over 38% of the world’s population. The UN sponsors the World Day to Combat Desertification and Drought on 17 June 2022 to highlight the issue.

Droughts lead to the loss of arable land through desertification, the death of vegetation and a scarcity of drinking water.

Scientists in the DRY-2-DRY project, using climate models, satellite data and meteorological measurements, are researching the capacity of drought and heatwaves to intensify and propagate by themselves.

‘This is a process that hasn’t been studied before,’ said Prof Diego Miralles, Professor of Hydrology and Climate at Ghent University, Belgium.

‘By understanding it better, we can get better forecasts of how droughts may evolve and set early warnings for adaptation early enough,’ he said.

The availability of water is determined by two factors – ‘how much it rains and how much the atmosphere demands from the land during the process of evaporation,’ said Mirralles.

‘This balance of moisture has been changing due to global warming. While precipitation is changing differently in different regions, evaporation is mostly increasing due to the increase in temperature. Therefore, there is a tendency for most regions in the world to become increasingly arid,’ said Miralles.

Whatever the cause of drought, it affects general ecosystem dynamics, including availability of drinking water for the population. It also has serious implications for biodiversity, as plants must be able to photosynthesise with less water in the soil as well as cope with an atmosphere that evaporates more water thanks to higher temperatures.

Drought often leads to desertification, where the land is so arid it becomes infertile and loses biological productivity. This has catastrophic consequences on societies and ecosystems.

In the case of a drought, the evaporation cycle becomes a vicious circle. Since evaporation is lower, there’s less likelihood of condensing water in the atmosphere and triggering rainfall. With a dry atmosphere, there is less water to moisturise the soil. Furthermore, the soil tends to dry out in spring because it’s already warmer than before.

Then, plants start to grow and consume the water earlier in the year. The summer commences with drier soil and there is no way to buffer the temperature by evaporating water.

‘This is known to happen locally,’ said Miralles, ‘But we are looking at how the wind moving that mass of dry air to another location can trigger a new drought. It becomes a bit like a wildfire.’

The impact of rising global temperatures means, not only are there heat waves and more droughts but they tend to occur at the same time.

There are two ways to improve the situation – to adapt and to mitigate. ‘Land cover change (with vegetation for example) as an adaptation measure can help us resist heat waves, but we must make sure that this is not our plan A,’ said Miralles. ‘Plan A should be to reduce greenhouse gas emissions.’

To learn more about Prof. Miralles’ analysis of drought ,follow the link to the Dry2Dry homepage.

Prof. Fernando Maestre, professor of Ecology at the University of Alicante, began his research in Spain in 2005. The project BIODESERT carried out the first global field survey to evaluate how changes in climate and land use, such as grazing pressure, affect drylands ecosystems.

In order to survey such a vast phenomenon, collaborative work is key. The BIODESERT project is now global and includes scientists and ecosystems from 21 countries on all continents, with the exception of Antarctica.

‘I asked all the research teams to do everything exactly as we had already done it in Spain, because using different methods would have meant we wouldn’t have been able to compare the results from the various areas surveyed across the world,’ said Maestre. ‘Our approach in Spain had proved its worth, now we had to test if it could function in a different environment. And it did!’

With the shifting sands of time, the problem of land degradation in arid areas and drylands has spread since the first UN Plan of Action to Combat Desertification was adopted in 1977. There are serious threats to food security, biodiversity and the world economy as more and more territory succumbs to desertification.

The researchers observed that plant and microbial diversity plays a key role in maintaining the capacity of drylands to provide essential ecosystem services linked to soil fertility and the production of plant biomass. These ecosystem services are fundamental for supporting the livelihood of more than one billion people globally.

They also reported that increases in aridity promote abrupt changes on the structure and functioning of drylands. This culminates with a shift to low-cover (sparse vegetation) ecosystems that are nutrient- and species-poor at high aridity values.

‘Until a few years ago, nobody could imagine the important role of biodiversity in global drylands, nor the presence of multiple ecosystem thresholds in response to increases in aridity.’ These discoveries improve the understanding of how drylands are changing in response to climate change, now and in the future.

Eventually, these insights may be used to help design effective action to stem desertification across drylands worldwide. The JRC’s new edition of the World Atlas of Desertification specifically states that “land degradation is considered to be a global problem of human dominance”.

BIODESERT is now testing the suitability of multiple early warning indicators. Results suggest that the characteristics of dryland vegetation may be used to flag ecosystem degradation across global drylands. They also plan to expand the research programme to start exploring long-term changes in the structure and functioning of drylands, by again surveying the original field sites they surveyed over 15 years ago.