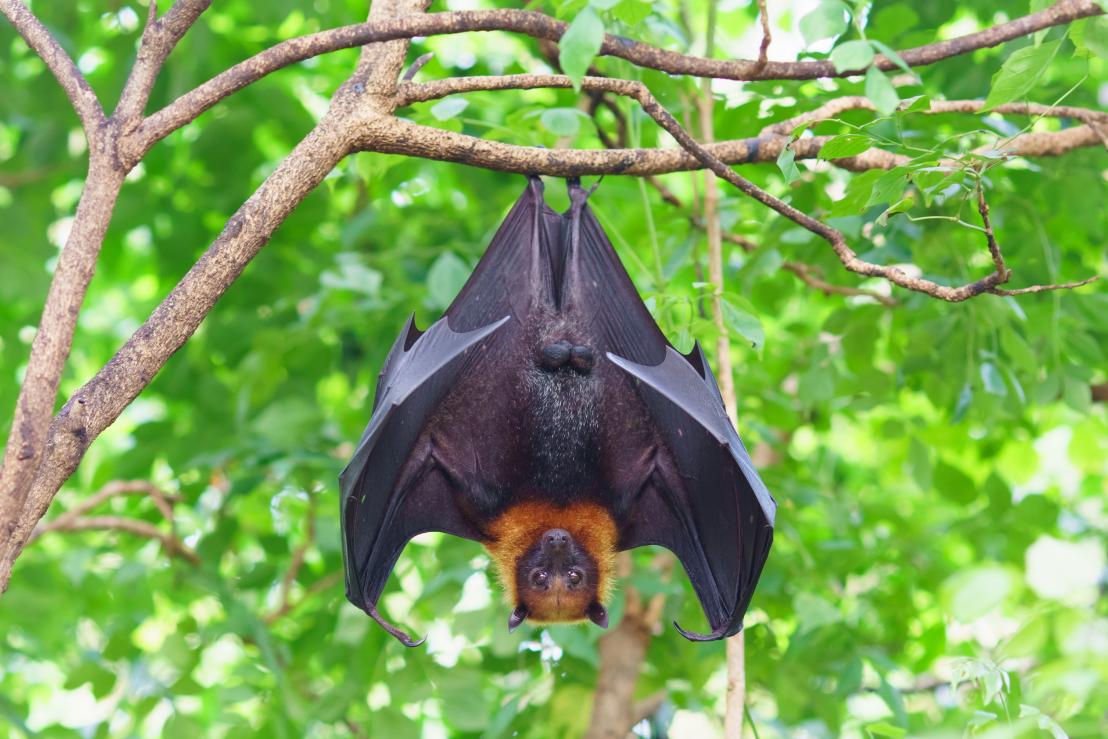 By turns admired and reviled, bats are one of the most mysterious mammals alive. Their nocturnal habits and unique adaptations mean that bats’ biology still holds many secrets. It is possible that bats may hold the key to understanding diabetes.

When the pandemic started in 2020 and speculation began that a notorious zoonotic “spillover” appeared to have triggered it all, one specific animal was identified almost immediately as a threat to humans – the bat. People feared and, in some cases, even killed them in a futile attempt to stop the virus from spreading.

Then, the perception of nature’s only flying mammal reversed again and scientists’ understanding of ecosystems moved forward precisely as a consequence of covid-19.

‘The pandemic highlighted the importance of better understanding bat species as well as their habitats,’ said Elise Sivault, ‘And, more generally, of avoiding any kind of process which brings wildlife into closer contact with humans.’ She has been catching bats in Papua New Guinea for the BABE project led by Dr Katerina Sam, from the Biology Centre of Czech Academy of Sciences.

The BABE project analyses how bats and other predators help keep the world green. And with over 1 450 species and making up 20% of the mammals on our planet, bats constitute one of the most diverse and geographically dispersed species. As such, they play a valuable role in the global ecosystem by pollinating crops and maintaining plant diversity.

‘They are also one of the most misunderstood mammals, due to their cryptic and nocturnal life-style,’ added Sivault.

While they are widely accepted as arthropod (insects, spiders and other invertebrates) predators, bats are often absent from insect studies compared to birds. ’We don’t know much about their impact on arthropod populations nor on their indirect consequences on plants,’ said Sivault.

What we do know is that bats are great at gobbling up insects and other arthropods. Sivault and her team look at what and how much the individual species eat. For now, findings have indicated the difference in the strength of arthropod control by bats along different latitudes.

‘In Europe, most of the bat species have legal protection but elsewhere, many don’t,’ said Sivault. ‘Much more needs to be done to understand their needs, habitats and behaviours in order to find an effective way to protect them.’

Not many people know it but, bats are helping us to study and prevent human diseases such as diabetes. Some species of the winged mammalian possess genes that allow them to survive on a super-sweet diet of nectar. What this teaches us about diabetes in humans is part of the research being conducted by the Chiroglu project.

As fruit bats subsist on either fruits or nectar, the researchers sequenced over 1 000 genes in a wide range of fruit bat species. They identified a suite of molecular adaptations in genes involved in carbohydrate metabolism. To analyse the gene sequences of over 100 fruit bat species, they used a technique called ‘sequence capture’.

The findings show that several distantly related fruit bat species, having independently evolved to feed on nectar, have undergone identical molecular adaptations in the genes responsible for their sugar metabolism. This indicates that evolution appears to have followed the same path more than once to solve a particular problem.

‘Our research is curiosity-driven, but it has potentially important implications for humans,’ said Stephen Rossiter, professor of Molecular Ecology and Evolution at Queen Mary University of London. ‘We, like lab animals, develop diabetes if we live on sugar rich diets. Nectar-feeding bats appear to have evolved unique changes in the metabolic enzymes that might allow them to avoid diabetes and other metabolic diseases.’

On the other hand, a bat’s life is not an easy one. They are put at risk by human encroachment and hunting, climate change and habitat loss. Some bat species in North America are also being impacted by white-nose syndrome (WNS), a disease caused by a fungal pathogen that infects bats during their hibernation. Researchers from the EVOL-WNS project are trying to understand why the WNS pathogen is not lethal to European bats but kills their American counterparts.

Back in 2015, Thomas Lilley, then a Marie Skłodowska–Curie Actions (MSCA) fellow at the University of Liverpool, discovered that the fungus causing the disease originated from Europe, where bats were actually being infected but not dying. ‘This meant they must have evolved resistance or tolerance at some point in their history,’ said Lilley.

He was keen to see if this process towards tolerance had already begun in North America after 10 years of exposure to the fungus. This would be evidenced by looking at differences in the genomes of bats sampled before the arrival of the fungus and bats coexisting with it. Compared to the genomes of bats sampled prior to the arrival of the fungus, Lilley would have expected to see reduced genetic diversity in the bats sampled 10 years after. This would have indicated some sort of selection towards resistance or tolerance. However, he found no evidence for this, meaning that the populations of bats were using other mechanisms besides genetic immunity to survive infection.

‘I thought I would find a signal for emerging selection in the bats in North America, because this is what should be happening in theory,’ said Lilley. ‘But in reality, there are so many factors at play that it is difficult to pinpoint causality.’ This discovery helped Lilley to view the ecosystem in a much more holistic fashion. ‘Everything is connected and that is a super-interesting thought,’ he said.

Lilley is now working on project at the Finnish Museum of Natural History (Luomus). He is researching how bats in Europe cope with fungal infection. To better protect bats, Lilley says that the first thing we need to do is to learn more about them. Work undertaken so far demonstrates that they are rather difficult to study. This means there are many aspects of their lifecycle even scientists know very little about.

‘For instance, here in Finland, we don’t really know where the bats hibernate during the winter,’ said Lilley. ‘And the winter is long here in the North, so not knowing where these protected species reside for most of the year is a huge problem for conservation.’

To successfully protect bats also means getting the public on board. Bats often reside in and breed in buildings during the summer, so they are often seen as pests although in fact they keep the mosquitoes at bay in the surroundings. ‘It is important to make sure the public understands that coexistence, and more importantly, even cohabitation is possible with bats and facilitates the protection of these animals,’ said Lilley.

Research in this article was funded via the EU’s European Research Council and the Marie Skłodowska-Curie Actions (MSCA). This article was originally published in Horizon, the EU Research and Innovation Magazine.