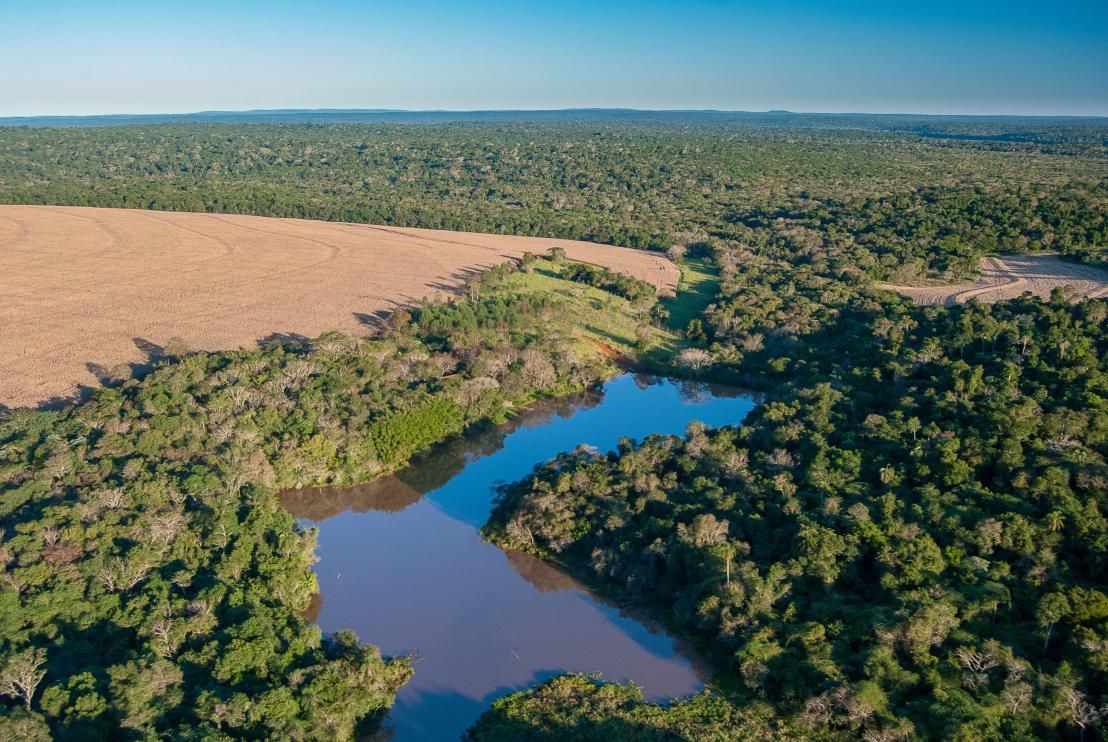 Deforestation in the Gran Chaco forest in South America can be the end of the world for indigenous people who call it home. Researchers have been investigating different aspects of its human impact.

The second largest forest in South America after the Amazon rainforest is the Gran Chaco. Home to 9 million people and thousands of species, it is under intense pressure from deforestation.

Stretching across Argentina, Paraguay, Bolivia and Brazil, it has one of the highest rates of deforestation in the world. Since 1985, more than 140 000 square kilometres, about one fifth of the entire forest, has been cut down.

Occupying a vast region to the east of the Andes, unlike the Amazon rainforest, the Gran Chaco is semi-arid or dry. The population living there includes about 35 different groups of indigenous people. Hunter-gatherers by tradition, their livelihoods are closely entwined with the forest’s future.

Dr Valentina Bonifacio has been working as a researcher in the Gran Chaco forest for the past 15 years, and has experienced its rapid deforestation first-hand. Densely-wooded areas have been cleared and turned into agricultural land to grow highly-profitable soybean crops, and expanses of pastureland have given way to cattle raised for beef production.

‘I really saw the Chaco disappearing and it’s very scary to see how quickly a territory can change,’ said Dr Bonifacio, associate professor at the Ca’ Foscari University of Venice in Italy. ‘If it continues to be deforested at the same rate, very soon the Chaco is not going to be a forest anymore.’

Deforestation contributes to climate change by releasing significant amounts of carbon into the atmosphere, and threatens plant and animal survival. Several species in the Chaco, such as the South American jaguar and the screaming hairy armadillo, are disappearing. Deforestation also impacts the local communities that call the forest home. 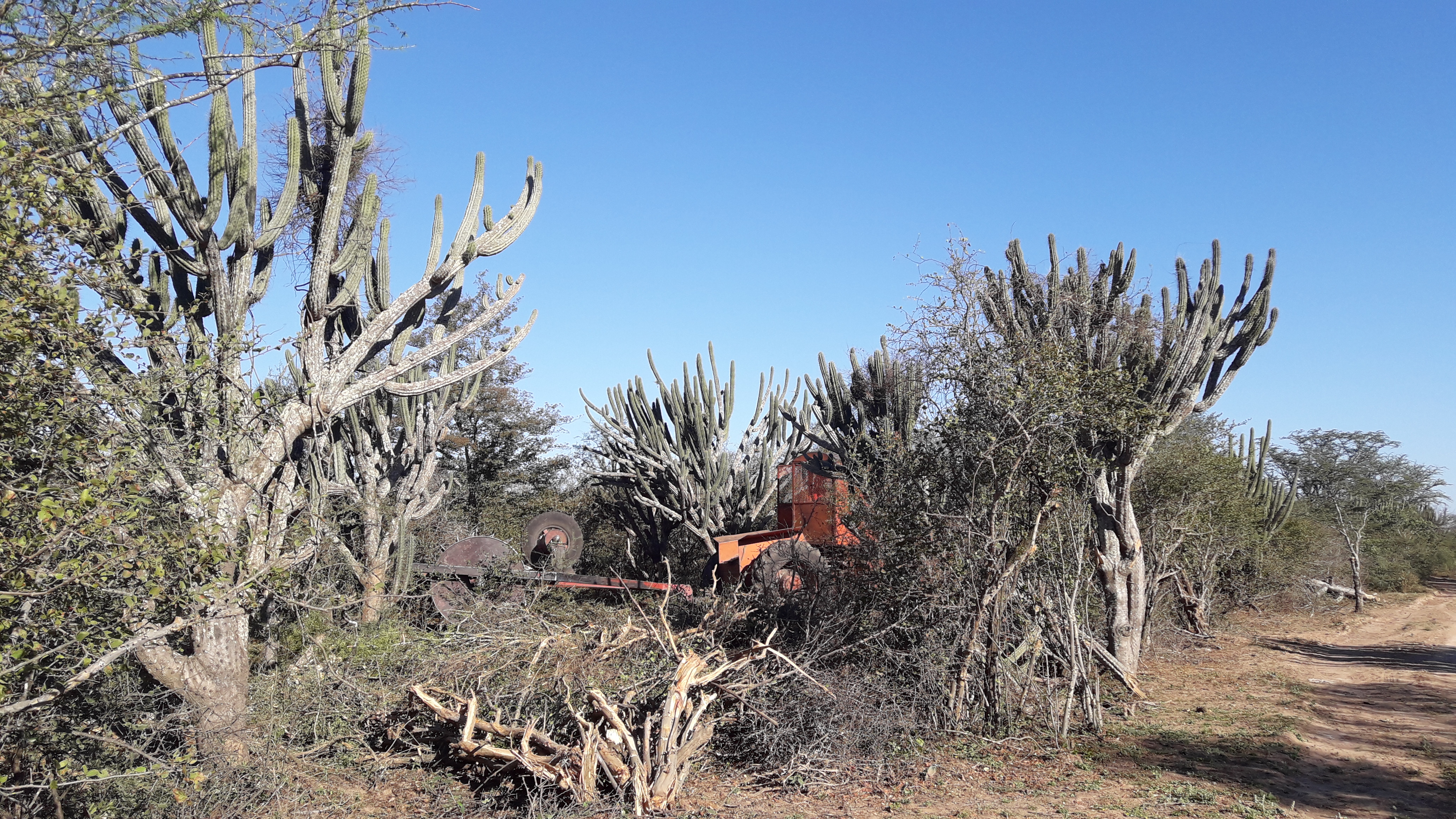 In the lanloss project, Dr Bonifacio is supervising Dr Tamar Blickstein who is investigating what the loss of the forest means to people living in the region.

Small-scale farmers often experience feelings of grief as large commercial farms take over and droughts and extreme rainfall caused by clearing forested land makes it harder for them to carry on growing crops. Indigenous people are also impacted by the threat deforestation poses to their kinship networks embedded in the forest.

During fieldwork later this year, Dr Blickstein plans to use satellite maps of deforestation as a form of storytelling. One of her goals is to show these maps to people from different communities, such as indigenous people, small-hold farmers and settlers who are experiencing deforestation, to see how they react to it and to gather their opinions.

She might also use satellite images on a website to illustrate people’s stories related to deforestation. ‘I think it would be an interesting outcome to have people’s subjective voices meshed in a storytelling process with these satellite data visuals to illuminate data that is quite abstract and quantitative,’ she said. ‘It would give it a human face and a human voice.’

Previous research has typically focused on specific populations rather than examining different social groups together. Dr Blickstein hopes that her work will contribute to increasing awareness about deforestation in the Chaco and even help empower locals.

‘Interpreting (satellite) data with communities in the field means that they learn how to use these maps and this kind of data,’ said Dr Bonifacio. ‘It might turn out to be useful to them.’

Indigenous people that live in the Gran Chaco rely on the forest for food and materials. It is also fundamental to their culture.

‘To them, the loss of the forest is nothing less than the end of the world,’ said Dr Graziano Ceddia, assistant professor at the Centre for Development and Environment of the University of Bern in Switzerland.

Agricultural expansion drives deforestation, but the attitudes and aspirations of the different people involved is less clear. In the INCLUDE project, Dr Ceddia and his colleagues focused on better understanding the governance structures that underpin deforestation in the Chaco Salteño, a part of the forest located in the province of Salta in north-western Argentina.

Bringing to light the perspectives of indigenous people and small-scale farmers living in the region affected by capital-intensive agriculturalisation was equally important. Their views and needs are often ignored when land-use decisions are made and they typically miss out on economic gains. ‘We wanted to give a voice to both of these marginalised groups who are paying most of the consequences of deforestation,’ said Dr Ceddia.

Over the course of three years, Dr Ceddia and his colleagues talked to many different people in the region who have an interest in deforestation, such as academics, public administration and non-governmental organisations (NGO) employees, farmers and indigenous people.

Overall, they found that large-scale producers were in a better position to influence government policies related to deforestation compared to other groups. They also found that deforestation was perceived differently by different groups of people. Large-scale producers, for example, typically associated forested areas with poverty and agricultural expansion with development. On the other hand, farmers and indigenous people referred to forests as their homes and their lives.

Furthermore, Dr Ceddia and his colleagues found that land-use scenarios based on the views of indigenous people and farmers were more sustainable and environmentally just. Local farmers’ organisations, for example, have helped develop a switch to modes of production that are less damaging to remaining forests.

Conversely, while looking more generally at tropical areas from Latin America to Southeast Asia, Dr Ceddia showed how cropland expansion, which contributes significantly to carbon emissions and biodiversity loss, is driven by investors. They choose to grow flex-crops such as oil palm, soy and sugar cane, since they have multiple uses, for example as food, fuel and animal feed. This means they are more likely to generate a profit compared to crops with a single use, often at the expense of the local people and the environment.

‘Agriculture is not necessarily oriented to the production of food but simply as a branch of investment which has to generate a certain return on invested capital,’ said Dr Ceddia.

Although research can provide information about the impact of deforestation, Dr Ceddia thinks that social activism is important to bring about change. He and his team found that laws to protect the forest were implemented more stringently in provinces of the Chaco in Argentina where indigenous people and small-scale farmers organised protests against deforestation.

At the same time, in provinces where large-scale producers were better organised to protect their interests, deforestation laws were less strictly implemented. ‘I think what is important for change is grassroot movements and people acting on the ground,’ said Dr Ceddia. ‘It brings hope to see that there are some scientists who are also taking action and becoming activists.’

The research in this article was funded by the EU’s European Research Council and the Marie Skłodowska-Curie Actions (MSCA). If you liked this article, please consider sharing it on social media.