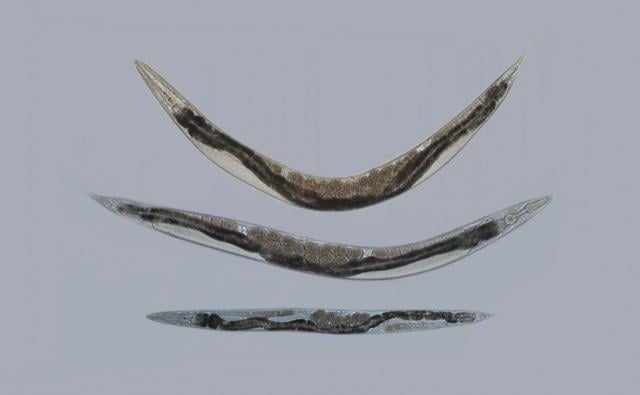 Most of us think about getting older from time to time, noticing how the years slip by and counting the grey hairs. Some of us even try and fight back, rubbing anti-ageing creams into our cheeks and turning to ideas like fasting.

Biologist Dr Martin Denzel is no different, though he tends to shy away from any promise of a quick fix. ‘I tried intermittent fasting and it didn’t really work for me,’ he said. ‘So now I am back to enjoying big breakfasts.’

He is more interested in understanding the fundamental mechanisms in our cells that lead to ageing. Get to grips with that, he reckons, and we might find a way to put the brakes on ageing that really works.

Think of ageing as like poor cellular housekeeping, said Dr Denzel, formerly of the Max Planck Institute for Biology of Ageing in Cologne, Germany who is now based at Altos Labs, a research company, in Cambridge UK.

There are plenty of jobs cells must stay on top of to keep things in good working order. They range from protecting the DNA and communicating with other cells, to producing the right proteins and ensuring they fold into the correct shapes to perform their roles. However, as we get older, the metabolic processes that take care of this housekeeping tend to slip.

Dr Denzel is focused on protein maintenance, which is one of the earliest things to go wrong as we age. While conducting his postdoctoral research, he found a way to change a single amino acid in the C. elegans worm species so that a part of its metabolism called the hexosamine pathway gets dialled up making the worms live longer. This pathway is an integral part of the way many cells work, but people don’t generally pay attention to it.

Dr Denzel seems to have discovered that it plays an important role in ageing. To better understand the metabolism of ageing, Dr Denzel performed a deep dive into the role of proteins through MetAGEn project. The work even sought out candidates for an anti-ageing medicine, with no success so far.

When Dr Denzel and his team performed genetic experiments on mice involving the hexosamine brain pathway, they discovered that the changes did not affect the ageing process, but surprisingly, there was a significant improvement in the animal’s memory.

Meanwhile, cognitive neuroscientist Dr Méadhbh Brosnan at the University of Oxford is researching age-related cognitive decline. With the number of people living with Alzheimer’s disease worldwide expected to rise from 46 million to 132 million in the next 30 years, it’s a problem that impacts more and more of us.

We know that people who have more cognitive and social enrichment in their lives can tolerate more wear and tear to their brains before they begin to experience cognitive decline. This enrichment means things like plenty of social interactions, a stimulating job, high levels of education and taking up new hobbies. This idea is known as cognitive reserve.

But what is the physical basis of this resilience? ‘What we don’t know is how cognitive reserve actually works in the brain,’ said Dr Brosnan.

To investigate this, her AGEING PLASTICITY project, conducted as part of a Marie Skłodowska-Curie Actions (MSCA) fellowship, focused on a hypothesis that says that the enriching activities people with greater cognitive reserve tend to engage in – new hobbies and so on – strengthen the connections in a part of the brain called right fronto-parietal network (rFPN). This region of the brain is known to be involved in some of the brain’s more demanding tasks. It works as a control network for core brain processes, including memory and sustaining attention, that tend to slow down as we age.

Dr Brosnan and her colleagues conducted experiments with 50 adults between the ages of 65 and 84. Following interviews and questionnaires, they allocated a score for their cognitive reserve, based on their answers, their level of education and the kinds of hobbies they do, amongst other things.

The project research supports the hypothesis that the rFPN is key to building cognitive reserve . ‘It does suggest a role for this network in cognitive reserve,’ said Dr Brosnan. A long study that follows the development of ageing brains would be required to build a more convincing case.

With the project just finished, Dr Brosnan will continue to study possible mechanisms by which the brain produces cognitive resilience. She is also interested in seeing whether the rFPN could be medicinally boosted to protect against the effects of ageing in the brain. We know that the neurotransmitter noradrenaline (also called norepinephrine) is closely linked with the rFPN. ‘If we could modulate this pharmacologically to strengthen the rFPN, that could be interesting,’ said Dr Brosnan.

And indeed, some scientists are already providing evidence that this may be possible. One study published in 2021 looked at the drug Atomoxetine which effectively boosts levels of noradrenaline in the brain, and is already approved for use by the FDA for treating attention deficit hyperactivity disorder (ADHD). It concluded that further analysis of the drug as a treatment for Alzheimer’s would be worthwhile.

Research is ongoing to understand the cellular processes that lead to ageing and what answers, if any, further scientific research could uncover to slow the decline.