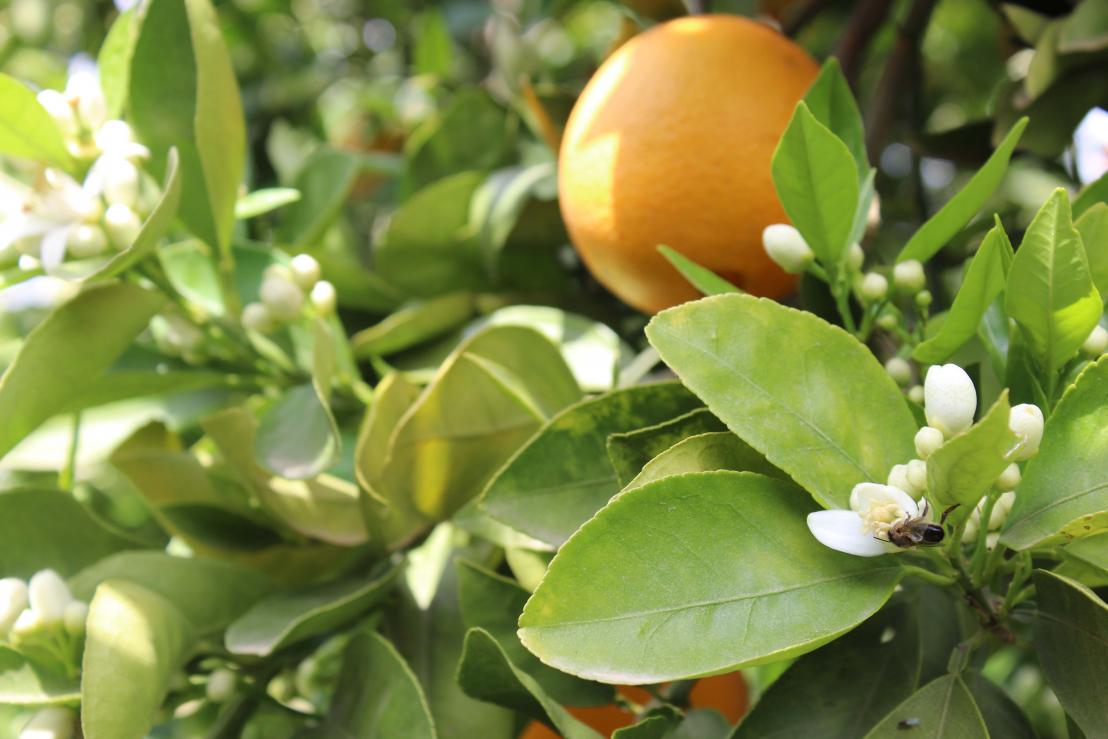 Each day, millions of us load fresh fruit and flowers into our shopping baskets. The global trade in cut flowers and citrus fruits together are worth around €30 billion. When it comes to embracing technology, however, these big businesses tend to remain stuck in the past.

‘It all started with my mum,’ said Drobná, a Slovakian-based graphic designer and coordinator of the CITRUS-PORT project.

‘She told me about her new neighbour in Modra (Slovakia), a brilliant scientist, who was working on ways to help fruit growers predict the disease and pest risk for their crops,’ she said.

When the two met, Gábel explained how his hand-written calculations had helped local grape growers by forecasting likely disease risk at different times. This meant producers could target spraying when treating their crops and they didn’t need to spray continuously as they had in the past. Drobná was sold.

Together with IT entrepreneur Roman Korbačka they created a website and app called VitiPort.

‘Our aim was to create a decision support system – which could advise growers on whether or when to treat crops,’ she explained. Calling themselves VitiGroup, the trio have since commercialised Vitiport, and have also developed a sister platform, Genimen-port, for apples and pears.

Now they are using the same technology to help citrus growers of, for example, lemons, grapefruit and oranges, many of whom are based in Mediterranean countries. Every year, citrus farmers’ crops are threatened by disease and pests such as grey mould, brown rot and black spot fungal disease, as well as orange tortrix and the citrus leafminer.

‘In many growing areas we find it’s common to spray every week but that soon becomes a vicious cycle of over-spraying,’ said Drobná. ‘The more you spray, the more the pathogen builds up resistance and the more you then need to spray to control it; it just gets worse and worse.’

With CitrusPort – which is soon to become operational – the team hopes to challenge conventional wisdom about the importance of spraying by providing timely, user-friendly information about when and how best to treat. Subscribers download an app, find their farm via GPS and from then on, at the start of each week receive an accurate indication of disease risk and advice about treatment.

Given time, Drobná hopes that CitrusPort can replicate some of the impressive results the team already achieved for grapes and apples. In Champagne, where VitiPort has operated since 2018, targeted information about when to spray has helped decrease pesticide use by 58%.

They see global potential for CitrusPort with interest already coming in from Australia, the US and Tunisia.

Entrepreneur Eric Egberts has a passion for flowers and a 30-year history in the business. One thing that increasingly troubles him are restricted markets and limited consumer choice.

‘I used to see all kinds of flowers on my travels and would bring different types home for friends,’ he said. ‘Everyone would always ask, “Where can I get these?” I realised that in most florists, consumer choice was restricted to just the best-sellers such as red roses, pink daisies, white and yellow chrysanthemums,’ said Egberts.

He likens the problem in the flower industry to the music industry pre-streaming services. ‘Like with music back when we just listened to the radio, with flowers you only ever get the options that the DJ plays,’ he said. ‘But there are so many more options that could be available.’

His concept is to unlock the hidden gems of the flower world through digital innovation. With his EU-funded FLOURISH project – which comprises growers, wholesalers, and a team of computer scientists – he hopes to do for the flower industry what Spotify has done for music.

The plan is to increase consumer choice while offering a new route to market for growers.

His system enables florists to pool their inventories, Egberts explained. Instead of relying on florists to present ready-made bouquets, with Egberts’ innovation consumers are in charge of mixing and matching flowers to suit their moods and desires all via an app.

‘Our system can create automatic bouquets based on a variety of consumer preferences, as well as their previous choices, potentially introducing thousands of new varieties to customers,’ he said.

‘For the consumer it’s all about tailoring bouquets to suit particular tastes and personalisation. For the growers, it’s about opening access to new markets, but also offering them better insight into where their flowers are going and where they are popular,’ he said.

From the environmental perspective, the system allows you to choose to have flowers that are produced with a lower carbon footprint or from local growers only. ‘Currently, as a consumer, you have very limited knowledge about any of these factors,’ he said.

Admittedly, consumer costs would be slightly higher and delivery times slightly longer as different flowers get sourced from different locations. However, Egberts is convinced demand is there for his idea.

He has already spun-out part of the work through the BloomyPro website and the team now wants a big commercial partner to come on board to provide scale.

Egberts is passionate about flowers and has big ambitions for the work. ‘Flowers are key to so many important milestones in our lives,’ he said. ‘I want to bring flowers to more people, and I want to be in the cell phone of every person in the world to help do this.’

Each of these projects were supported by the European Innovation Council (EIC) which helps game-changing innovations to scale up. Follow the link to learn more about the EIC.