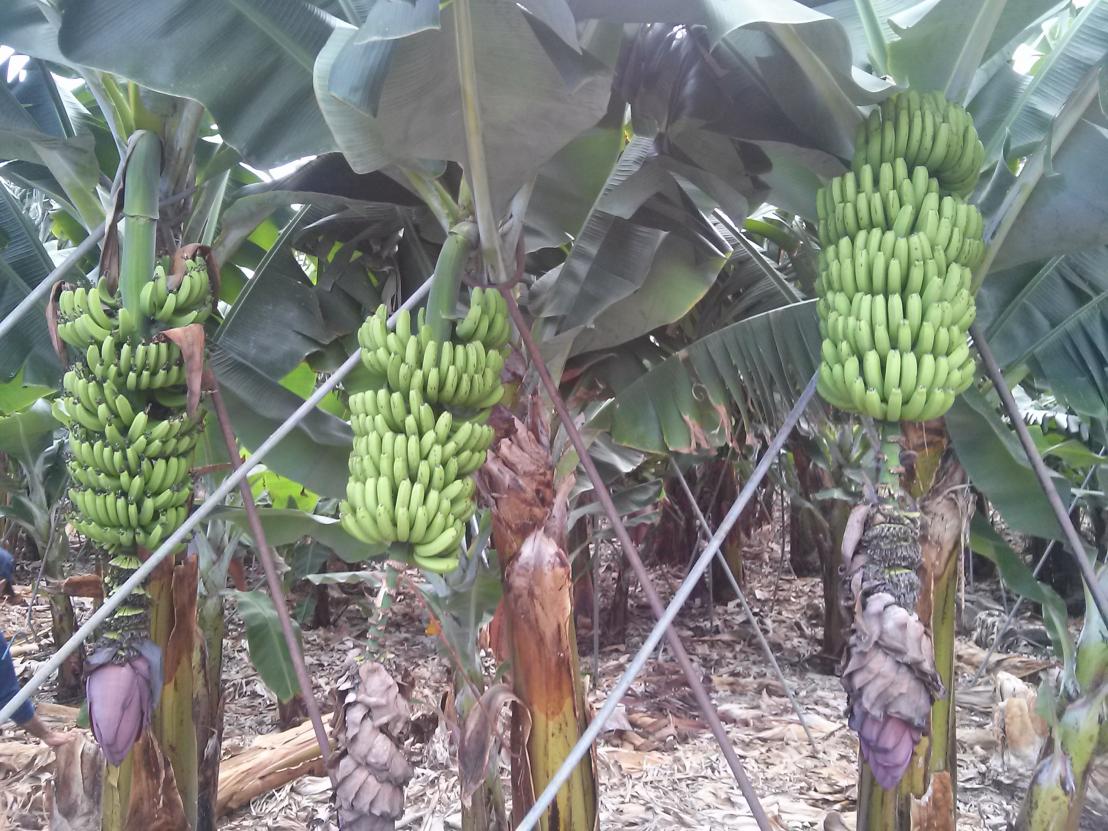 In the 1950s, the ‘Gros Michel’ variety of banana was wiped out by Panama disease. The banana crop in some locations was basically eliminated by the disease of fusarium wilt, caused by a pathogen that enters the plant through the roots.

With no defence possible, the only solution for the banana industry was to cultivate a different banana variety called the Cavendish, which was naturally immune to Panama disease. In that way, the Cavendish variety rose to become the most traded banana crop in the world today.

Unfortunately, the disease that causes fusarium wilt has mutated and now the Cavendish crop is no longer immune. It too is being decimated by fungal disease.

‘This fungus is a complete nightmare,’ said Dr Aurelio Ciancio, from the Institute for Sustainable Plant Protection at the National Research Council of Italy in Bari.

‘Producers are worried because it’s spreading quickly around the world,’ he said.

Ciancio is the coordinator of the MUSA research project. ‘Traditional control measures are limited and this fungus is clearly capable of killing plants at speed,’ he said.

Funded by the EU and working with partners from Europe, Africa and Latin America, MUSA spent four years investigating the use of bio-controls, or natural agents in plant defence.

The banana’s bugbear is dubbed Tropical Race 4 (TR4) also known as Panama 4. First identified in Taiwan in 1990, the mould causes fusarium wilt in the Cavendish cultivar. Entering through the roots, it chokes off the plant’s energy supply, killing it from within.

TR4 has been detected in banana growing areas around the world. It spreads stealthily in contaminated soil or water, remaining undetected until it invades the plant. By the time its effects are visible, as the banana plant turns yellow and wilts, it’s too late. TR4 has moved on to strike its next victim, destroying banana plantations as it goes.

The TR4 fungus has been identified in places as far afield as Australia, Mayotte, Mozambique, Peru and Colombia. Once again, just like with Panama disease, the 23-billion-euro global banana industry faces an existential threat.

The bananas we buy have a narrow genetic base. Because they reproduce by cloning, they are all practically identical, genetically speaking. All bananas in the world are susceptible because the Cavendish is a monocultural crop with zero resistance to TR4.

MUSA research focuses on rhizosphere microbiology, which is the study of microorganisms in the soil around a plant’s roots where micro-organisms thrive.

Microorganisms such as fungi, bacteria and nematodes (microscopic worms) may be our natural allies in the fight against banana diseases.

When it comes to rhizosphere microbiology, said Ciancio, ‘There are the good guys, and the bad guys.’

‘Our aim has been to identify the good guys,’ he said. These are the microorganisms that will help plants to feed, activate their natural defences or even turn the tables and attack pathogens and pests that threaten the plant.

The scope of the MUSA project included not just TR4 but other severe problems banana plants encounter, notably plant parasitic nematodes (tiny worms which disrupt nutrient and water uptake) and black weevil (one of the most serious insect pests facing bananas). The MUSA team collected and sequenced thousands of biocontrol agents with encouraging results.

MUSA partners in Costa Rica discovered a fungus that can reduce the impact of disruptive nematodes, or tiny worms, which attack the plant. On the other hand, in Cuba, MUSA partners conducted research on a type of nematode that fights the deadly black weevil insect.

Overall, their findings demonstrate how microorganisms in the rhizosphere may help to prime banana plants’ natural defences and sustain its roots.

Meanwhile, on the tropical island of Réunion in the Indian Ocean, TR4 is not yet present but the threat looms large. ‘The diseases we’re studying are now very close to the border,’ explains Bernard Reynaud, Professor of Plant Biology and Ecology at Réunion University, Head of the CIRAD Laboratory and coordinator of the EU-funded INDICANTS project.

Beginning earlier this year, INDICANTS plans to develop rapid tests to detect the presence of harmful bacteria or fungi in banana plants.

‘For bananas the issue is that there are lots of epidemics in small areas and we’re trying to limit their expansions,’ said Reynaud. ‘For this, we need a rapid, specific, and sensitive diagnostic test.’

He and CIRAD colleague Dr Isabelle Robène, are working on a low cost, mobile DNA-based diagnostics kit that detects multiple pathogens at once, including TR4.

Robène explains that current diagnosis is often unreliable and slow, which can allow TR4 to escape. The INDICANTS solution would enable scientists to test and have results back in just 20 minutes, which could be a game-changer.

The toolkit which Robène and colleagues are working on must be validated through inter-laboratory tests and field surveys.

It is now being further optimised to ensure that it can detect the four common vascular diseases affecting bananas. The next phase for the MUSA team is to develop commercial biocontrol products and technical innovations that can reach farmers and banana producers.

The technique of using nature’s solutions to fight nature’s problems has much potential for addressing other food security challenges, argues MUSA’s Ciancio.

‘In just one or two grams of soil we have thousands of microbial species,’ he said. ‘It’s a black box which we can use against these diseases.”