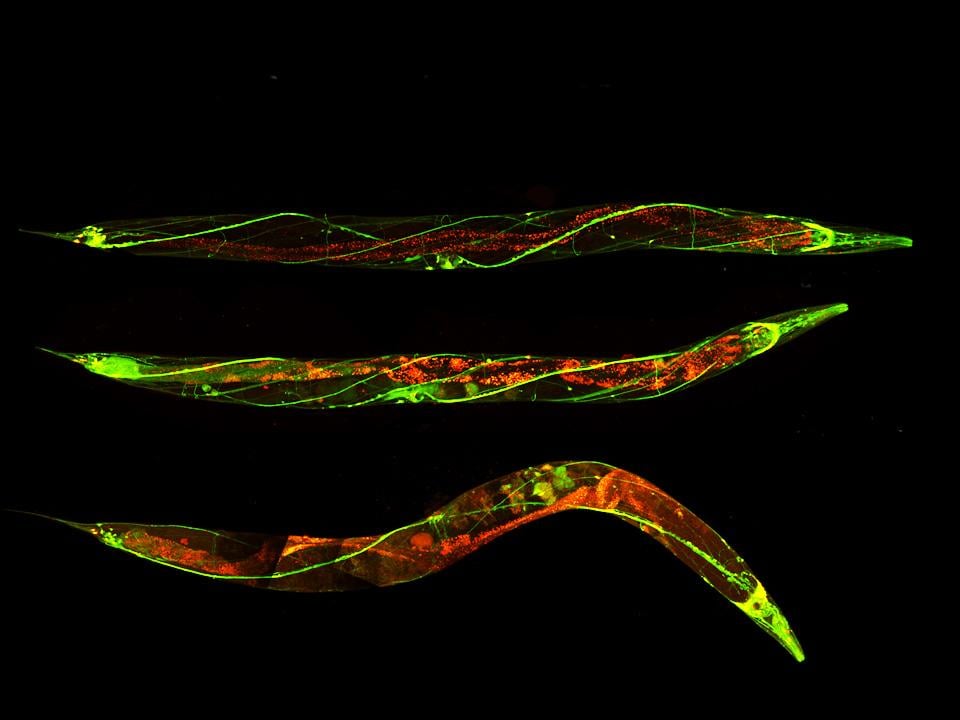 The in-built process of maintaining the health of our cells by recycling dead or toxic material plays a key role in our health overall. Known as autophagy, researchers are now keen to know if boosting the natural process may hold off the debilitating diseases of old age.

By intervening in the processes that make our bodies and brains malfunction as we get older, can we delay the onset of age-related disorders, or even stop them developing entirely?

The mythical fountain of youth has been a popular legend for thousands of years. The question of whether we can drink from its waters has been nagging modern researchers working in the field of biological ageing (known as senescence) since 1889, when French doctor Charles-Édouard Brown-Séquard injected himself with extracts from animal testicles. Following this, he claimed his mental and physical condition improved.

Almost 150 years on, age-related disorders like Alzheimer’s and heart disease have reached epidemic levels in the Global North, and the quest for rejuvenation has lost none of its appeal.

Unsurprisingly, rising life expectancy is largely to blame for this surge in disease. People born in Europe today can expect to live until they are aged 81.3 – a good 35 years longer than those entering the world in the late 19th century – however, medics agree that quality of life in old age has not kept pace with longevity. Many of us spend our elderly years – sometimes decades – living with mental or physical conditions caused almost entirely by the ageing process.

Often there are no treatments for the conditions of old age, and the symptoms can be ‘highly debilitating – sometimes devastating,’ according to Professor Nektarios Tavernarakis, a bioscientist at the University of Crete in Greece who studies ageing, cell death and neurodegeneration.

‘Our aim needs to shift from staying alive for longer to achieving a better quality of life in old age,’ said Prof. Tavernarakis, who is also principle coordinator of the EU-funded MANNA project.

Prof. Tavernarakis and his colleagues are intent on understanding – and ultimately fixing – the cellular causes of biological decline. The benefits of extending a person’s healthy years will be felt by society at large. Poor health in old-age poses a huge and growing burden on our social and healthcare systems. Alzheimer’s disease alone affects more than 4.9 million people in Europe, and diseases and disorders of the nervous system and brain bring an annual cost of around €800 billion to Europe, according to 2010 figures.

The question is, how can scientists hope to solve the problem of physiological decline when there is such a smorgasbord of seemingly unrelated disorders vying for their attention? From cancers to diseases that affect the internal organs, circulatory system and nervous system, there are many conditions associated with ageing.

Many are pinning their hopes on a biological process known as autophagy (meaning ‘self-eating’ in Greek). All cells use autophagy to rid themselves of toxic material (mostly unnecessary or damaged components). As we age, this essential housekeeping task is performed less efficiently leading to the buildup of errors and glitches that trigger disease-causing inflammation and ultimately necrotic cell death (known as necrosis).

There is growing evidence that faulty autophagy is a common denominator in many of the disorders linked to old age. Necrosis contributes to incidence of tumours, liver disease, stroke, heart disease, and age-associated neurodegenerative disorders such as Alzheimer’s and Parkinson’s.

Studies in this area are in their infancy, but a burgeoning body of research suggests that boosting autophagy can extend cell survival and improve our prospects of good health.

Looking to the future, Professor Linda Partridge, founding director of the Max Planck Institute for Biology of Ageing in Germany, said: ‘We see the prospect of developing a single pill that will target the biological pathways that also involve autophagy. The idea would be to have a polypill that prevents the underlying mechanisms involved in more than one ageing-related condition.’

‘If we could target those underlying processes of ageing, we might be able to slow down age-related degeneration and keep people healthier for longer. This would take us to a different place from where we are in now, where diseases are tackled one by one, as they arise.’

Prof. Partridge is the lead researcher of GeroProtect, an EU-funded project that sets out to find suitable drug candidate for such a ‘geroprotective’ polypill. ‘We’re not looking to increase lifespan, but to solve the problem of the ever-growing period of ill-health at the end of life,’ she said.

Prof. Tavernarakis’ MANNA is focused on unpacking the link between autophagy and age-related degeneration of the nervous system. Much of the group’s work is carried out on the worm Caenorhabditis elegans, which, perhaps surprisingly, has a nervous system that’s remarkably similar to that of humans.

During the first four years of this project, the team has uncovered some of the key genes and molecular players involved in nerve-cell necrosis. Their work confirms that the survival and long-term maintenance of neurons is dependent on a sub-type of autophagy called mitophagy.

In its prime, an organism uses mitophagy to eliminate old or toxic mitochondria (these are the organelles used by a cell to convert glucose – or simple sugar – into useful energy). But as age sets in and mitophagy slows down, faulty mitochondria start to accumulate in nerve cells. This build-up is toxic, triggering an inflammatory response that leads to cell damage and death. It’s this progressive loss of functional nerve cells that causes a neurodegenerative disease to emerge.

‘Through our work on both C. elegans and human brain tissue, we can confirm that mitophagy is downregulated in Alzheimer’s patients,’ said Prof. Tavernarakis. He added that efforts to decipher the precise mechanisms involved in mitophagic failure are still unfolding, but he is confident that complex genetic therapies will eventually be available to replace gene sequences that promote necrosis with ones that support healthy autophagy well into old age. Such therapies, however, are many years off.

One known way to induce autophagy is through caloric restriction. In experiments spanning worms, flies, mice, chimps and humans, researchers have found that consuming less food, or restricting an organism’s feeding hours within a given day, activates autophagy.

In non-human species, dietary restriction has also been found to extend lifespan and reduce or delay the onset of age-related conditions. Depending on the species, the most promising results show lifespan extensions of between 50 – 300%. There is tantalising evidence that dietary restriction has positive impacts on the ageing of primates too, though the effects in humans remain controversial.

Why might it help to go hungry? Quite simply, when the diet of an organism is restricted, its cells become deprived of glucose and begin to consume their own redundant material to generate energy. In other words, to sustain themselves, cells are forced into a detoxifying state of autophagy.

The problem with dietary restrictions is that generally people don’t like them, and any attempt to reduce food intake tends to be short-term in humans. So, when it comes to enhancing autophagy, pharmaceutical interventions are a far more realistic prospect (though Prof. Partridge stresses that over-activating autophagy can also be problematic, as this can lead to cells destroying their contents at unfavourably high rates).

A number of promising drug candidates have already been identified. Most notable are Urolithin A (produced by certain gut bacteria after they’ve been fed with ellagitannins, which are found in pomegranates, strawberries, raspberries and walnuts) and rapamycin (a natural antifungal produced by soil bacteria).

These two compounds are known to be involved in the upregulation of autophagy. In mice, worms and fruitflies, they have also been found to extend lifespan. Shortly, the geroprotective properties of these compounds will be put to the test in human clinical trials.

Prof. Partridge – who has been studying the underlying mechanisms that make rapamycin effective in boosting autophagy in animal models – is hopeful that the results of human trials will take her team closer to developing their game-changing polypill.

‘Eventually we may end up with a drug that is taken very much like people today take statins (for cholesterol) or pills to lower blood pressure,’ she said. ‘Medicines that are taken over a very long period of time to prevent ill-health long before disease has even occurred.’