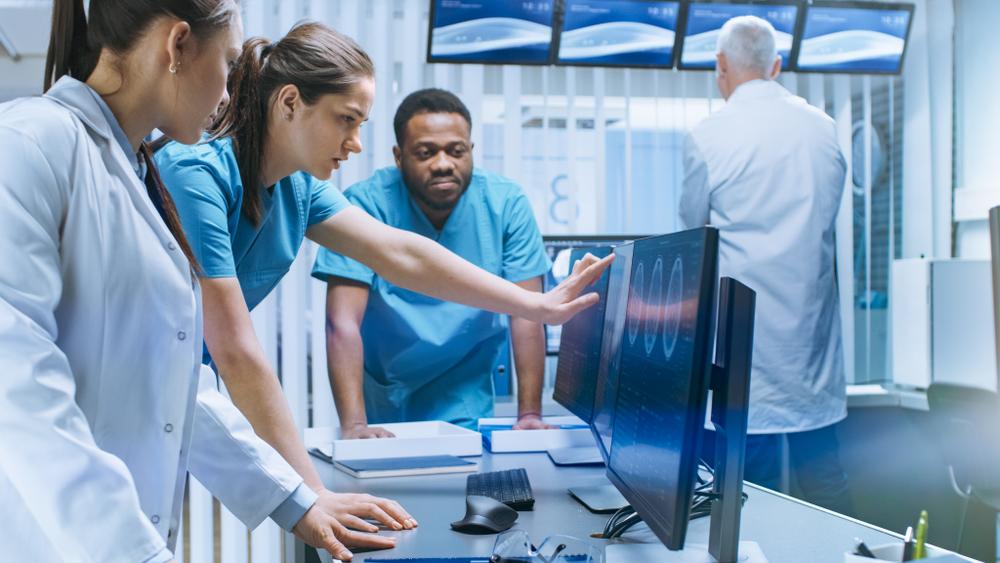 Rare diseases constitute a major health issue in Europe: an estimated 30 million people live with one, and of these, 50% have not received a diagnosis. The suffering caused by these disorders, both to patients and the doctors attempting to treat them, is immense – particularly when the disease’s origin remains an unsolved mystery.

‘With rare diseases, the big problem today is in diagnosis as this is required for effective treatment,’ said Dr Holm Graeßner, managing director of the rare disease centre in Tübingen, Germany. ‘On average it takes five years for a patient to get a diagnosis – if a diagnosis is made at all.’

In 2018, rare disease experts from across Europe teamed up to fix this problem – the “diagnosis’ odyssey” – through an on-going EU-funded project called Solve-RD. The project brings together more than 300 clinicians, scientists, and patient representatives from 51 sites across 15 European countries with an objective that is as simple as it is ambitious: to solve the unsolved rare diseases.

The rareness of these diseases makes them difficult to name and treat when clinics and laboratories operate in isolation. The strength of Solve-RD lies in its ability to pool resources, and therefore amplify the likelihood of diagnosis. Solve-RD builds upon the networking nature of several “European Reference Networks” (ERNs), a series of virtual networks involving healthcare providers across Europe, where discussions are held on complex rare diseases.

Addressing the problem of doctors and researchers working in national silos, Dr Graeßner said: ‘Due to there being so many rare diseases, and due to their rarity (in any given place), there is a scarcity of experts and knowledge, so treatment and care quality are often not appropriate.’

The Solve-RD researchers are taking two approaches to this massive undertaking. The first is a re-analysis of existing genomic data from 23,000 patients. The second is the application of novel “omics” technologies on samples from 6,000 patients. Omics allows scientists to analyse a patient’s metabolome (a list of all the molecules found in their cells) and epigenome (the chemical compounds that instruct genes to turn on or off) – information that will point to disease-causing genetic variants.

‘Because of the collaborative approach we’re taking to the sharing of data and expertise, we’re in a strong position to identify new genes linked to disease, and to deliver a diagnosis to many European patients who remain undiagnosed today,’ said Dr Graeßner, who has been tasked with coordinating Solve-RD. ‘We anticipate increasing the diagnostic yield by about 10-20%.’

How rare is rare?

A rare disease is defined as one that affects fewer than one in 2,000 people. It’s an umbrella term that covers (among other things) rare forms of neurological diseases, metabolic diseases, intellectual disabilities, certain cancers, rheumatologic disorders, complex epilepsies, immune deficiencies and autoinflammatory diseases. Most of these conditions are caused by one or more uncommon gene mutations, so it stands to reason that the key to diagnosis and treatment is to first identify the mutated gene. The next step is to find the protein that is produced from this gene (proteins are required for the structure, function and regulation of the body) and then to find a drug that targets either the gene or the protein, thereby restoring the patient’s health.

To date, the project’s data re-analysis has solved 444 cases from 8,460 exome and genome datasets from 4,457 families (the genome is a complete set of a person’s genetic information, and exome sequencing reveals all the protein-coding regions of the genome). The researchers anticipate solving over 2,000 additional cases before the project ends in June 2023.

But the benefits will be felt way beyond this date, as the project plans to leave a legacy in the form of world-class research facilities and the world’s largest genetic dataset for the disease groups covered. This dataset will make it far easier for genetic variations of rare diseases to be identified in the future.

The creation of the Solve-RD Community Engagement Task Force is another important aspect of the project. This task force is led by EURORDIS, which represents the voice of the 30 million people affected by rare diseases throughout Europe and reinforces links between 984 rare disease patient organisations across 74 countries, to ensure that key resources and knowledge are shared by all.

Dr Gulcin Gumus, research and policy project manager for EURORDIS, said: ‘Even when the project ends, we’ll keep supporting patients. It’s not possible to diagnose everyone, even with the latest technology, so communication on the latest research findings and having a community of support will remain important for people who remain undiagnosed as well as those diagnosed with an ultra-rare disease.’

‘Everyone (with a rare disease) needs to talk about their concerns. They want to be involved in their care. They need to be directed to helplines. They want to be notified of updates in diagnosis and treatment.’

Aware that effective treatments are in short supply, Dr Graeßner and his colleagues are also developing a “genetic therapy approach” that will allow mutation specific drug molecules to be tested in affected individual patients. The results from this work, however, are some way off.

Systemic autoinflammatory diseases (SAIDs) are a particularly challenging set of rare conditions for clinicians to treat, as there are no biological markers pointing to an underlying cause.

Though triggered by an impairment in a person’s immune system, SAIDs are not to be confused with autoimmune diseases, which are caused by a faulty antibody response. SAIDs can affect anyone, young or old. Patients present a host of highly non-specific symptoms (such as fever, rash, joint pain, lymph node swelling, and musculoskeletal aching, stiffness and twitching), meaning a diagnosis must be based largely on doctors obtaining a detailed patient history to understand the pattern of symptoms associated with flare-ups.

This, however, is a blunt instrument, leading to frequent misdiagnoses and ineffective treatments. On average, up to five inadequate or inefficient treatments are prescribed to each patient with a SAID-related condition before a correct diagnosis is made and an appropriate drug is prescribed. But SAID patients are seriously ill soon after disease onset, so a slow diagnosis can have a tremendous impact on their health and quality of life.

Summing up the problem, SAID researcher Professor Vassilis Soumelis from the Curie Institute in Paris, France, said: ‘People are suffering a lot – both physically and mentally – but no-one can tell them what is wrong. And until the patient is correctly diagnosed, he or she can’t benefit from the right treatment.’

Prof. Soumelis is the coordinator of ImmunAID, a European project that aims to make diagnoses of SAID both faster and more accurate. The five-year project – which started in 2018 and involves scientists working alongside doctors from 36 clinical centres and patient advocacy groups – aims to alleviate the spectrum of SAIDs.

So far, scientists have gathered and analysed huge amounts of biological data from 200 patients living with undiagnosed SAIDs (their target is 700 patients). This data is being analysed for faulty genes and proteins. Experts are also studying the communities of microorganisms living in patients’ intestines, as the gut microbiome is increasingly thought to play a significant role in modulating inflammation.

The researchers expect important patterns to emerge from their data – patterns they will use to devise a new, robust system for classifying SAIDs. These classifications will then be reported in a central database that medical teams will have access to, enabling doctors to confidently diagnose and treat patients presenting with SAIDs.

The role of genes

Familial Mediterranean Fever is the most common hereditary SAID, and in 1997 it also became the first SAID gene identified as disease-causing. There is no cure for the condition, but when patients are prescribed with the correct anti-inflammatory drugs, attacks can be prevented and symptoms eased.

Prof. Soumelis hopes ImmunAID will yield a similar outcome for other SAIDs. ‘By gathering high-quality data, we have very high expectations of uncovering the underlying mechanism of a condition and putting a diagnosis on it,’ he said.

‘Our final goal is to decrease the time from the first suspicion of a disease to a definite diagnosis – and of course for all patients to receive targeted treatments.’