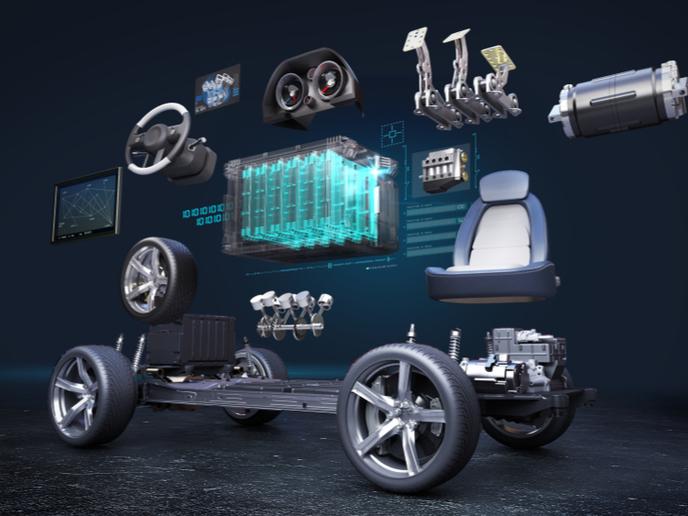 Since the discovery of electricity, inventors have struggled with how to store it. Batteries emerged relatively quickly as the most common way to preserve energy chemically, but from portability to rechargeability, it has taken centuries of tweaking elemental combinations to create the batteries our modern devices depend on.

Lithium-ion batteries have fuelled our age of portable electronics, but they have increasingly become a victim of their own success. Lithium mining is expensive, and the metal is dangerous to handle, making processing and recycling difficult.

Demand is also outstripping available supplies, whose geographic isolation in places like the Australian outback can make supply chains difficult.

EU data shows that Europe will need up to 60 times more lithium by 2050 to fulfil the demand for electric car batteries and renewable energy storage that will form the backbone of reaching emissions goals laid out in the European Green Deal.

That has led researchers like Dr M. Rosa Palacín to try and create similarly effective batteries out of more abundant elements found right inside Europe. Based at ICMAB-CSIC near Barcelona, she and her team from around the EU aim to build a prototype battery that uses periodic neighbour calcium instead of lithium. The effort is funded by a European Innovation Council Open Pathfinder grant and has been dubbed the CARBAT project.

Found in everything from bones to chalk, calcium is roughly 2000 times more common than lithium.

‘Calcium is one the most abundant elements on the earth’s crust,’ said Dr Palacín. ‘It’s not as geographically concentrated as lithium is. This could make a battery cheap because the raw material is cheap.’

But using calcium as the negative electrode provides advantages that graphite-using lithium-ion batteries cannot – greater energy density, or how much energy can be stored per kilogram.

‘With this configuration we were suggesting in theory we could achieve very high energy density, and this is due to the fact that we would use a metal as one of the electrodes,’ Dr Palacín explained.

Lithium-ion batteries can’t achieve as high an energy density since they cannot use highly reactive metallic lithium as an electrode in a battery. It tends to form dendrites, tiny rigid tree-like structures that can grow inside a lithium battery and cause short circuits or even for the battery to explode over many uses.

Using calcium metal within the battery let researchers take advantage of its elemental properties, with two electrons in its outer shell that it can lose.

‘As any calcium travels through the electrolyte, two electrons would travel outside (instead of one with lithium),’ she said. ‘One could imagine that for the same battery size, the range would be higher if you used it in an electric vehicle, provided a suitable positive electrode is found.’

Yet that same property made choosing other components to build a prototype battery, such as the electrolyte that ions flow through, more complicated.

‘There are many interactions in the electrolyte between the Ca2+ ions and the solvent molecules, and this hindered the mobility of calcium,’ said Dr Palacín.

Very good conductivity in the electrolyte means that ions can move faster, and the battery will have a higher power.

To solve this, researchers modelled different salts and solvents to find an electrolyte that would create a passivation layer on the calcium electrode which makes it easier for ions to transfer.

‘In the end it seems that all the electrolyte salts which work contain boron,’ she said. ‘We used calcium tetrafluoroborate dissolved in a mixture of ethylene and propylene carbonate.’

The next steps for commercialising the prototype would be to improve the methods used to fabricate electrodes using calcium and to develop suitable positive electrodes.

‘All the engineering for the cell assembly was very challenging since new protocols had to be developed,’ Dr Palacín said.

Dr Juan Lastra at the Technical University of Denmark was involved in another effort to create batteries out of more common elements. A researcher on the SALBAGE project, he was part of a team that worked on making a battery out of an aluminium anode and a sulfur cathode.

While aluminium is even more abundant than calcium, using it in a battery created similar challenges.

‘All these multivalent ions (Ca2+, Al3+) are very reactive…and it is difficult to move these ions by themselves,’ he said.

In aluminium-sulfur batteries, the aluminium is always in the form of aluminium and some chloride ions, AlCl4-.

‘You have a conversion process where this aluminium gets decoupled gradually from the AlCl4 cluster to react with the sulfur in the cathode side,’ said Dr Lastra. ‘It’s more like the lead-acid battery you have in your car rather than the lithium-ion battery in your phone.’

Using a supercomputer, they modelled how to combine an aluminium chloride salt with urea, which is commonly found in urine, to find the best mixing ratio for a liquid electrolyte.

‘We model around 300 atoms at most…and our simulation time is not more than one nanosecond,’ said Dr Lastra. ‘But to simulate one nanosecond of this liquid takes half a year.’

It takes so long because the researchers must look at one million steps per nanosecond to properly simulate all the possible reactions.

Armed with the right ratio for the electrolyte, researchers for the project in Spain found that they could make the electrolyte a gel by adding polymers to the solution.

‘Having a gel is very advantageous in terms of safety and in terms of form factor,’ said Dr Lastra. ‘If you have gel then your battery will be flexible, and you will be able to bend it.’

Using a gel instead of a liquid also adds safety in that the battery can’t easily leak. This comes on top of the fact that the materials are all safe and inexpensive.

‘It’s all based on cheap materials. Aluminium, sulfur, the electrolyte itself and urea is very, very cheap. Even the polymer is cheap,’ Dr Lastra said.

The safety of the components could be a key factor in future-proofing the battery. One of the main disadvantages seen with lithium-ion batteries has been that they contain toxic and rare elements, making it hard to integrate them in the circular economy.

Aluminium-sulfur batteries offer the promise of sourcing components from within Europe and increased energy security for industry. Future refinement could even help increase our uptake of renewable energy by storing power when they are not actively generating it.

‘For stationary applications, like storing energy from a wind farm or solar power, this type of technology could be competitive,’ Dr Lastra said.