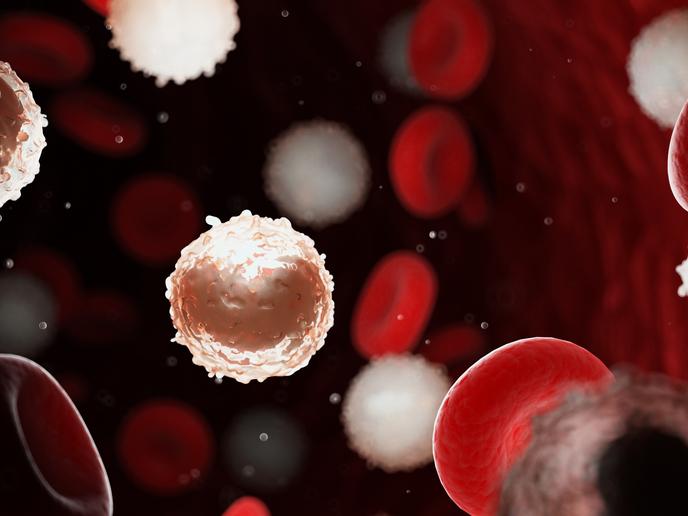 Great achievements in science don’t just happen – they’re created. This is the story of how a formidable research alliance was born and how it resulted in a discovery that would forever transform the diagnosis and treatment of blood and bone marrow cancers.

The EU has an ambitious goal: under its Mission on Cancer, “By 2030, more than 3 million lives saved, living longer and better”. According to the WHO, there were around 320,00 new cases of people with blood cancer in Europe in 2020.

Once deemed impossible, as well as exclusively expert based, standardisation of blood collection and processing for blood cancer diagnostics use is now considered imperative.

This is the result of decades-long work carried out by three groups under an umbrella organisation formed in 2009, the European Scientific foundation for Laboratory Hemato Oncology (ESLHO). In order of conception, they are EuroClonality (1996), EuroMRD (2001) and EuroFlow (2006).

Both EuroClonality and EuroMRD worked on the DNA and genes of leukaemia cells. EuroFlow refined how we look at each individual cell and take crucial measurements important for disease diagnosis, a process called flow cytometry.

‘The core of our success is standardisation,’ said Jacques van Dongen, professor of medical immunology at the LUMC. ‘Wherever the patient is in the world, their diagnostic lab is using the same reagents and procedures as advised by EuroFlow.’

Professor van Dongen is certain about the reason for their success. This level of standardisation has not been achieved earlier with assays of such high complexity. All this could never have been achieved without EU funding and support.’

As Euroflow methods spread globally, more labs and patients mean more data, and standardisation is crucial. Making sure diagnostic data is the same anywhere in the world is the most important factor for rapid diagnosis.

When many labs use flow cytometry to look at the physical characteristics of each cell,  a host of variables can be introduced. But standardisation means every diagnostic centre is using the same criteria so this doesn’t interfere with accuracy of diagnosis.

Counting cells at the speed of light

‘There can be 10 million leucocytes, a type of white blood cell, in 2 ml of blood,’ Professor van Dongen explained. ‘Using the most up-to-date flow cytometry machines, we can measure 10 million cells in 8 minutes with a 1 in a 100,000 sensitivity. That is, 1 leukaemia cell can be distinguished individually from a population of 100,000 normal cells.’

This was not always the case. For instance, back in 1996 when Anton Langerak, now professor at Leiden University, South Holland, was just embarking on his postdoc in diagnostics for leukaemia and lymphoma under the EU programme BIOMED-2. Now known as EuroClonality, this programme was then focused on amplifying and multiplying small amounts of genetic material, DNA or RNA, using the polymerase chain reaction (PCR), then only just discovered.

Looking for specific molecules and genes is a huge advance on the early days, when leukaemias were characterised on the basis of chromosomes only. Looking at types of chromosomes gives a less accurate diagnosis as one chromosome can contain thousands of genes.

‘The added value of PCR for the patient could be confirmation of a new tumour, and this is essential for treatment determination. At the start of my research career, there was no standardised PCR test for lymphoma. Moreover, patients were faced with a long wait for results of the blood tests, around a month,’ Professor Langerak recalled. Nowadays, they have their test results within a day.

On November 11 and 12, all three groups – Euroflow, EuroClonality and EuroMRD – will meet in Leiden for the 10th ESLHO Symposium. For Professor van Dongen, who chairs the ESLHO board, this year’s symposium is of particular importance because it coincides with the 25th anniversary of the inception of EuroFlow.